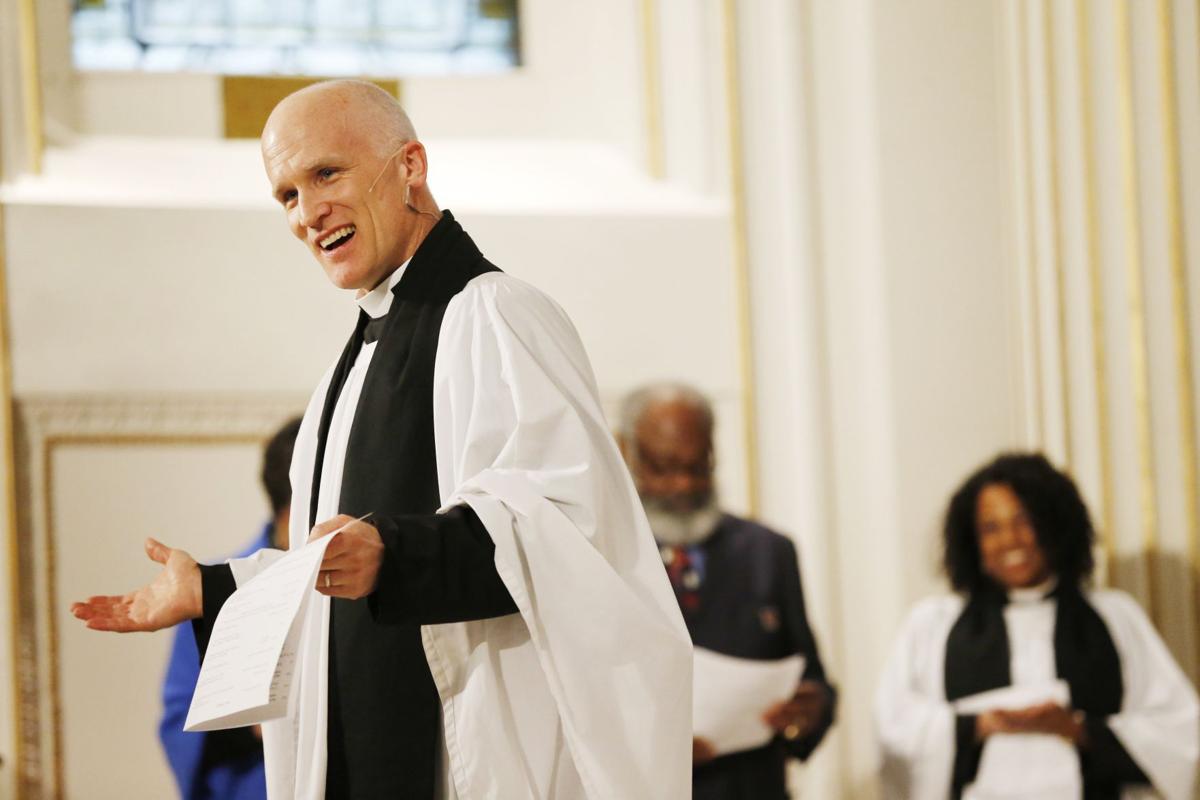 The Rev. Wallace Adams-Riley has served as rector at St. Paul’s Episcopal Church, across North Ninth Street from Capitol Square, for nine years. He will step down on Sept. 15. 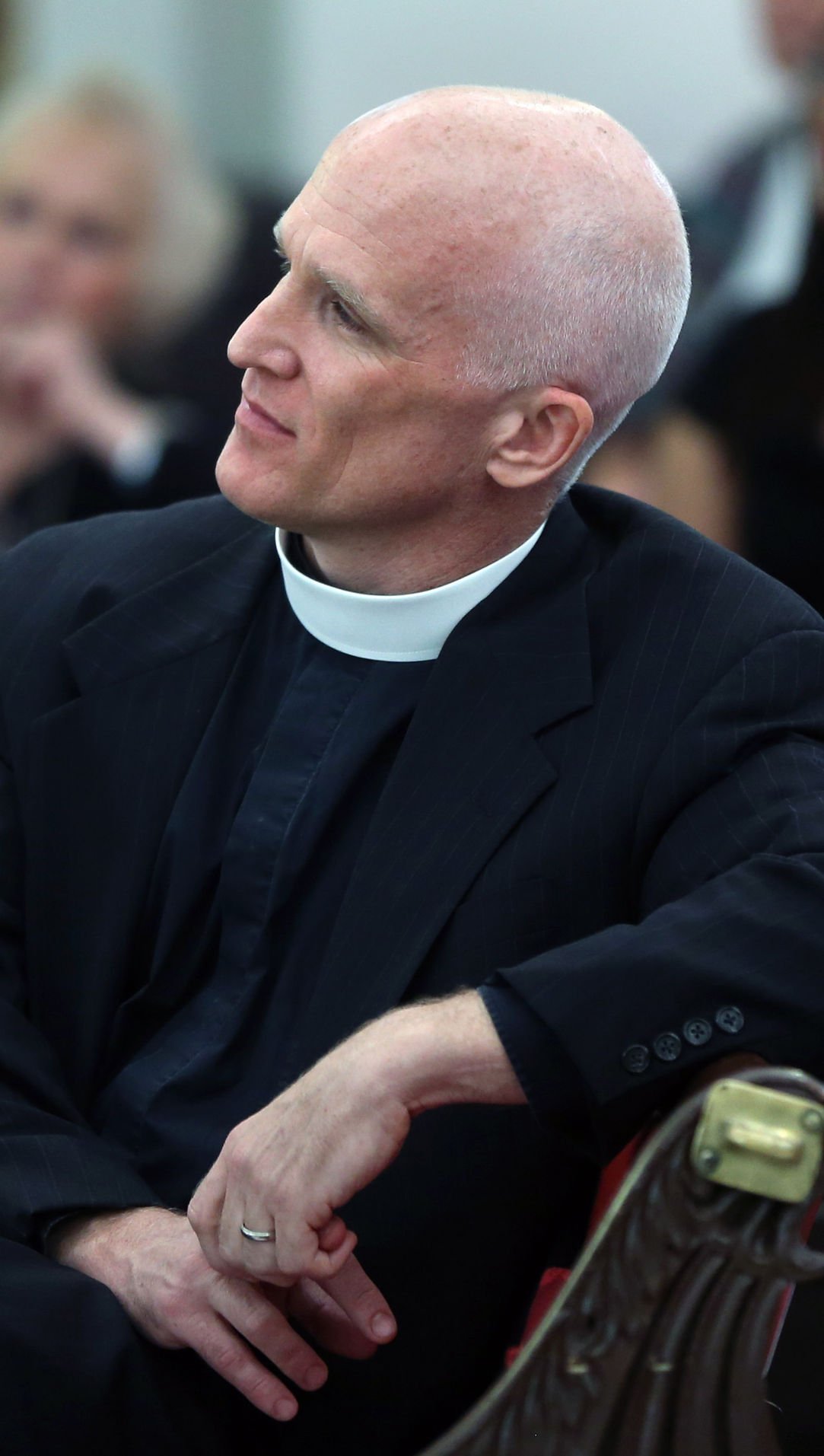 Rector of St. Paul's Episcopal Church, the Rev. Wallace Adams-Riley. Congregants and clergy of the Richmond church met in August 2015 to discuss what to do with Confederate memorabilia built into the church, including stained glass windows. 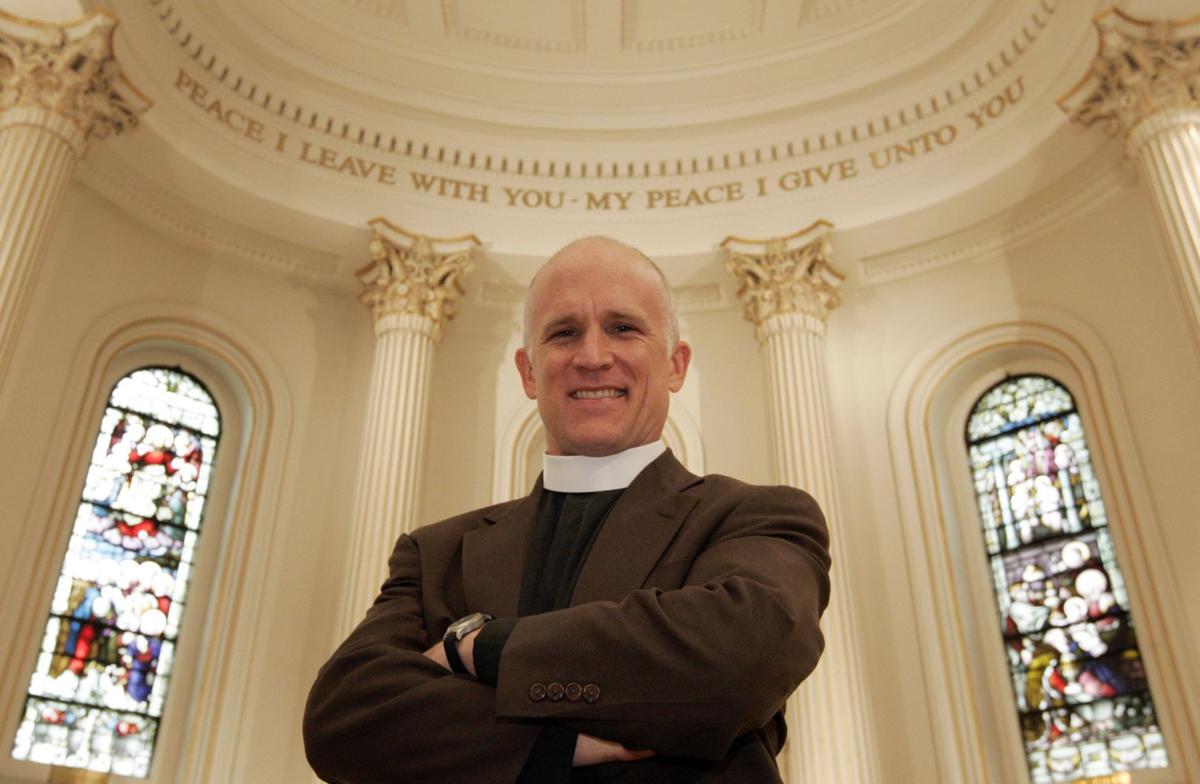 The Rev. Wallace Adams-Riley has served as rector at St. Paul’s Episcopal Church, across North Ninth Street from Capitol Square, for nine years. He will step down on Sept. 15.

Rector of St. Paul's Episcopal Church, the Rev. Wallace Adams-Riley. Congregants and clergy of the Richmond church met in August 2015 to discuss what to do with Confederate memorabilia built into the church, including stained glass windows.

The Rev. Wallace Adams-Riley, rector of historic St. Paul’s Episcopal Church in downtown Richmond, is stepping down from the post after nine years.

“And now the time has come for me to move into the next chapter of my life and ministry, and for St. Paul’s to do the same,” Adams-Riley wrote in a message posted Wednesday to the church’s Facebook page, titled: “With Gratitude, a Parting Message from Wallace.”

Adams-Riley said he tendered his resignation the night before and that the vestry — the church’s 14-member governing body — accepted it, effective at the end of the day on Sept. 15.

He invited readers to join “me and your St. Paul’s Church family” for his final Sunday at St. Paul’s at 10 a.m. Sunday for a worship service and a reception afterward in Scott Hall.

Adams-Riley’s resignation “was something that was done in the best interest of Wallace Adams-Riley and the congregation of St. Paul’s Church, with the bishop’s approval,” said S. Buford Scott, a prominent Richmond-area businessman and a lifelong member of the church.

“He has done some good things during that period of time,” Scott said of Adams-Riley’s nine years as rector. “But then he drew apart from the thinking of the vestry and most members of the church.”

“We are sort of hoping that is all that needs to be done now,” he said.

The church on East Grace Street across North Ninth Street from the state Capitol, built in 1845, once was known as the “Cathedral of the Confederacy,” and Gen. Robert E. Lee and Jefferson Davis, the Confederate president, worshiped there.

During Adams-Riley’s tenure, the church has taken steps to confront that history, and he spoke out about it in sermons and in the media.

Following the racially motivated murders of nine black churchgoers at Emanuel African Methodist Episcopal Church in Charleston, S.C., in 2015, St. Paul’s started a History & Reconciliation Initiative, described on the church website as “a commitment to understand the past role of race, slavery, and segregation in the history of our church and city, as well as the legacies of ongoing discrimination and racial inequities.”

“I simply felt called to raise the question for our congregation,” Adams-Riley said in an August 2015 interview with the Richmond Times-Dispatch. “Following that dark and terrible crime, does that present us with a changed perspective? Is there something being asked of us?

“I quickly got a lot of positive response from the congregation, and so we moved to make plans,” he said in that interview.

Originally from Columbia, S.C., Adams-Riley was installed as the church’s 15th rector in November 2008, at the age of 37. The church had taken two years to replace its previous rector, the Rev. Canon Robert G. Hetherington.

Adams-Riley had previously served at St. John’s Cathedral in Jacksonville, Fla., where he and his wife, Gena, also an Episcopal priest, were serving as canons on the cathedral’s staff, according to the St. Paul’s website.

The artwork that hangs on the walls of the Rev. Charles Dupree’s office at St. Paul’s Episcopal Church features images with soft, muted colors…