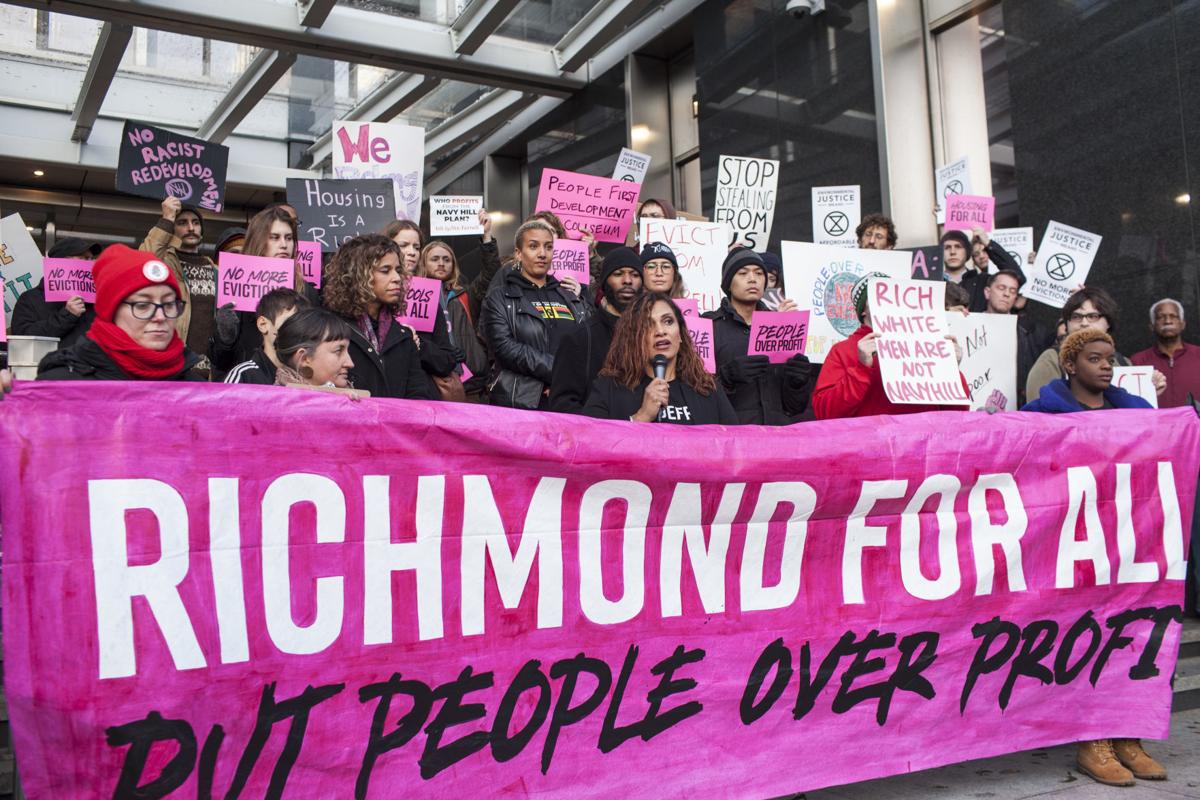 Richmond City Councilwoman Kimberly Gray (center) spoke at a demonstration led by the advocacy group Richmond For All, which is against the redevelopment plan. 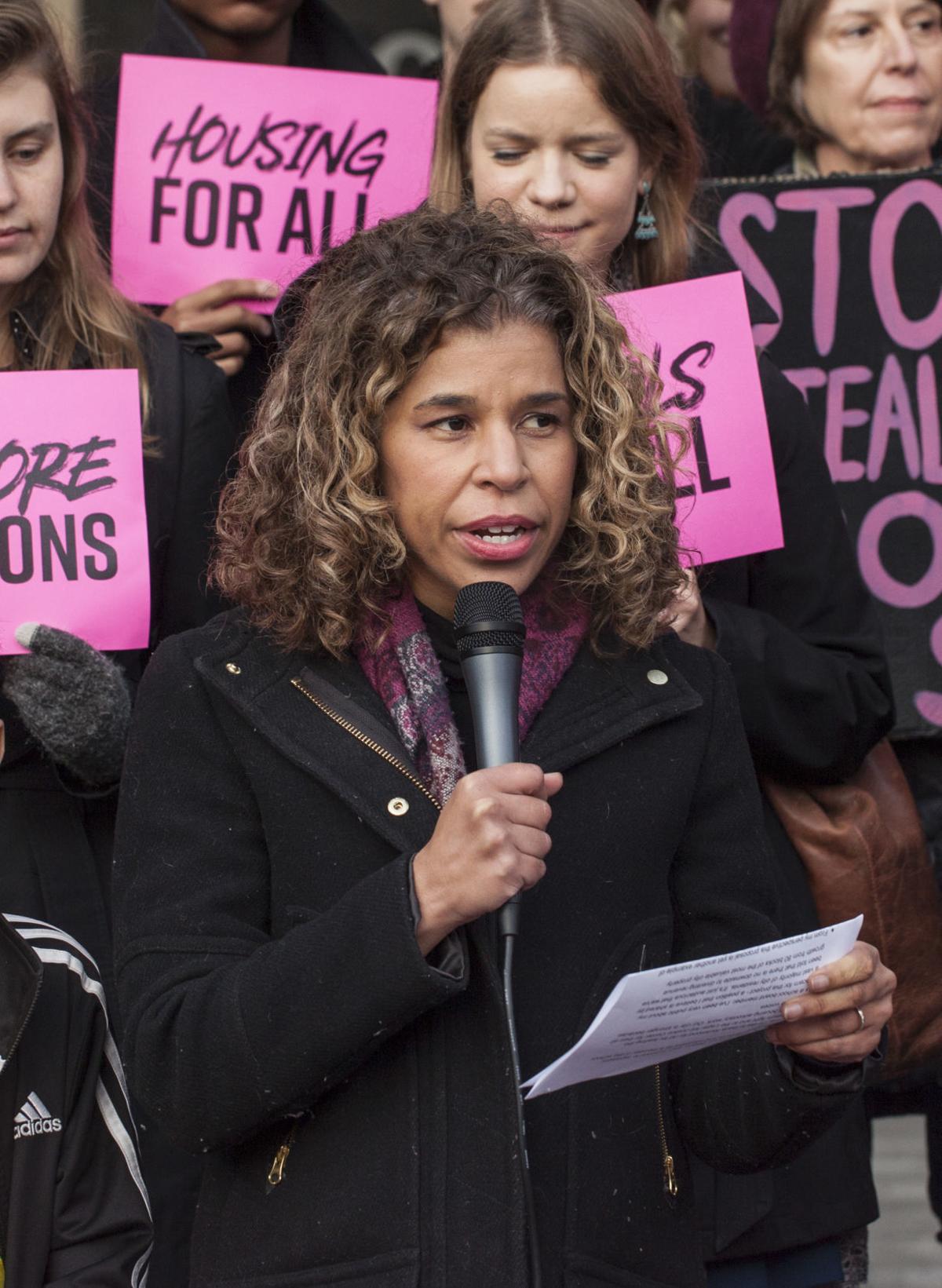 Kenya Gibson, Richmond School Board member, spoke as opponents of the Coliseum redevelopment plan held a rally outside of Richmond City Hall on Tuesday, Nov. 12, 2019. 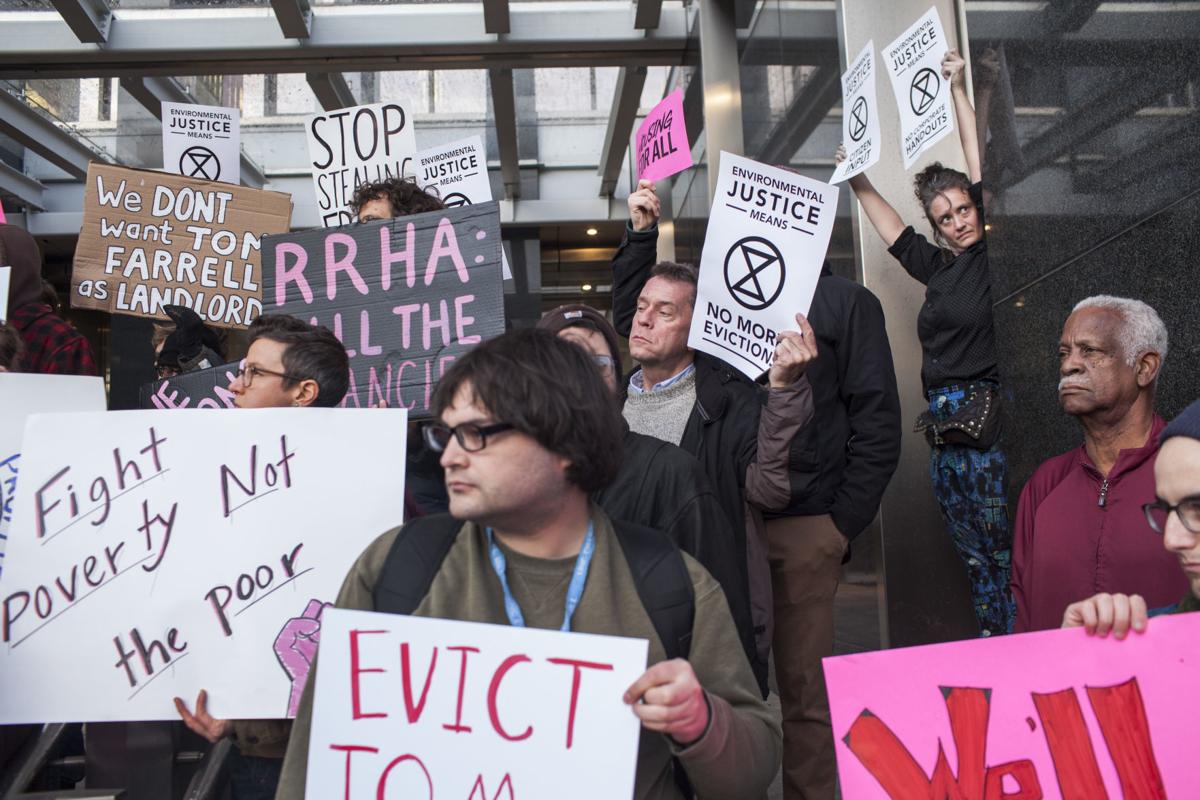 Opponents of the Coliseum redevelopment plan held a rally outside of Richmond City Hall on Tuesday.

Richmond City Councilwoman Kimberly Gray (center) spoke at a demonstration led by the advocacy group Richmond For All, which is against the redevelopment plan.

Kenya Gibson, Richmond School Board member, spoke as opponents of the Coliseum redevelopment plan held a rally outside of Richmond City Hall on Tuesday, Nov. 12, 2019.

Opponents of the Coliseum redevelopment plan held a rally outside of Richmond City Hall on Tuesday.

A final vote on the $1.5 billion plan to redevelop downtown Richmond around a new arena won’t take place until next year.

The City Council voted on Tuesday to defer a decision on the massive mixed-use project, which would rise on publicly owned land if the council ultimately approves it. Ordinances advancing the project will be on the agenda for the council’s first meeting of 2020. The vote removed the possibility of a verdict on the controversial project before year’s end, and ensured council members will decide its fate in a year when they are all up for re-election.

“We’re going to do as much due diligence as possible,” said Council President Cynthia Newbille, adding that she wanted the council to take action on the proposal before beginning work on the city’s next budget in early March.

Newbille cited the ongoing review of the Navy Hill Development Advisory Commission, which must deliver a set of recommendations to the council in late December.

The council is also poised to hire an independent consultant to study the proposal. Negotiation with one firm is scheduled to take place this week, said Meghan Brown, the council’s interim chief of staff. Once hired, the consultant will have 90 days to complete its work, according to the solicitation.

The council continued the ordinances on a day that saw opponents of the project rally at City Hall. About 40 people gathered for a demonstration organized by the advocacy group Richmond For All. Many demonstrators held signs that read “People over profit.”

“Navy Hill RVA will not colonize this land unless we, the people, allow it,” said Chelsea Higgs Wise, a radio host and activist who spoke at the demonstration.

The proposal calls for a 17,500-seat arena that would replace the Richmond Coliseum; more than 2,000 apartments and condominiums; a high-rise hotel; 1 million square feet of commercial and office space; 260,000 square feet of retail and restaurant space; renovation of the historic Blues Armory; a new transfer plaza for GRTC Transit System bus riders; and infrastructure improvements.

The residential and commercial portions of the development would be privately financed by NH District Corp., the group led by Dominion Energy CEO Thomas F. Farrell II that submitted the plans. It has said it would privately source $900 million for the first phase of the project’s construction.

Over 30 years, the city would owe about $600 million for the new arena. Mayor Levar Stoney’s administration wants to pay off the sum using a so-called tax-increment financing district. By establishing the district, the city would divert all new real estate tax revenue in its bounds — about 80 downtown blocks — to pay back bondholders for the project.

Speakers at the demonstration criticized the financing, which would divert $316 million in real estate tax revenues from the general fund over 30 years to underwrite the construction of the new arena.

“Our mayor will tell you this Navy Hill development is for the children,” said Kimberly Gray, the 2nd District councilwoman, who spoke at the demonstration. “The only truth in that is that the debt will be for our children.”

Also in attendance was Kenya Gibson, the 3rd District School Board representative.

Stoney and the project’s backers have said the plans could net $1 billion in new tax revenue over 30 years, a potential windfall that he has said could fund schools, new affordable housing and improvements to core services.

In other business Tuesday, the council voted to keep the city’s real estate tax rate of $1.20 per $100 of assessed value.

State law requires localities to roll back the tax rate to keep property tax revenues flat unless the locality holds a public hearing and votes to maintain its rate.

Without Tuesday’s vote, Richmond’s real estate tax rate would have dropped to $1.12 per $100 of assessed value to offset 8% growth in the city’s tax base, according to figures provided by the city assessor.

The city budget that took effect July 1 relied on revenue projections at the current tax rate. Reducing it by 8 cents would have created a $21 million shortfall in the budget that runs through next June.

No one in attendance spoke for or against the tax rate before the council vote.

Also Tuesday, the council unanimously approved a new ordinance requiring gun owners to report a lost or stolen gun to police within 24 hours of learning it is missing. Stoney proposed the rule last month.

“This reporting requirement isn’t a fix-all, but this additional level of accountability and responsibility will go far toward protecting our community and providing police with another tool to keep our communities safe,” Stoney said in a release issued after the council vote.

Police Chief William C. Smith has said the requirement would help cut down the number of crimes committed using a stolen gun. Failure to report a stolen gun is now punishable by a $125 fine for the first offense and $250 fines for each subsequent offense.

The council’s next full meeting is scheduled for Dec. 9.