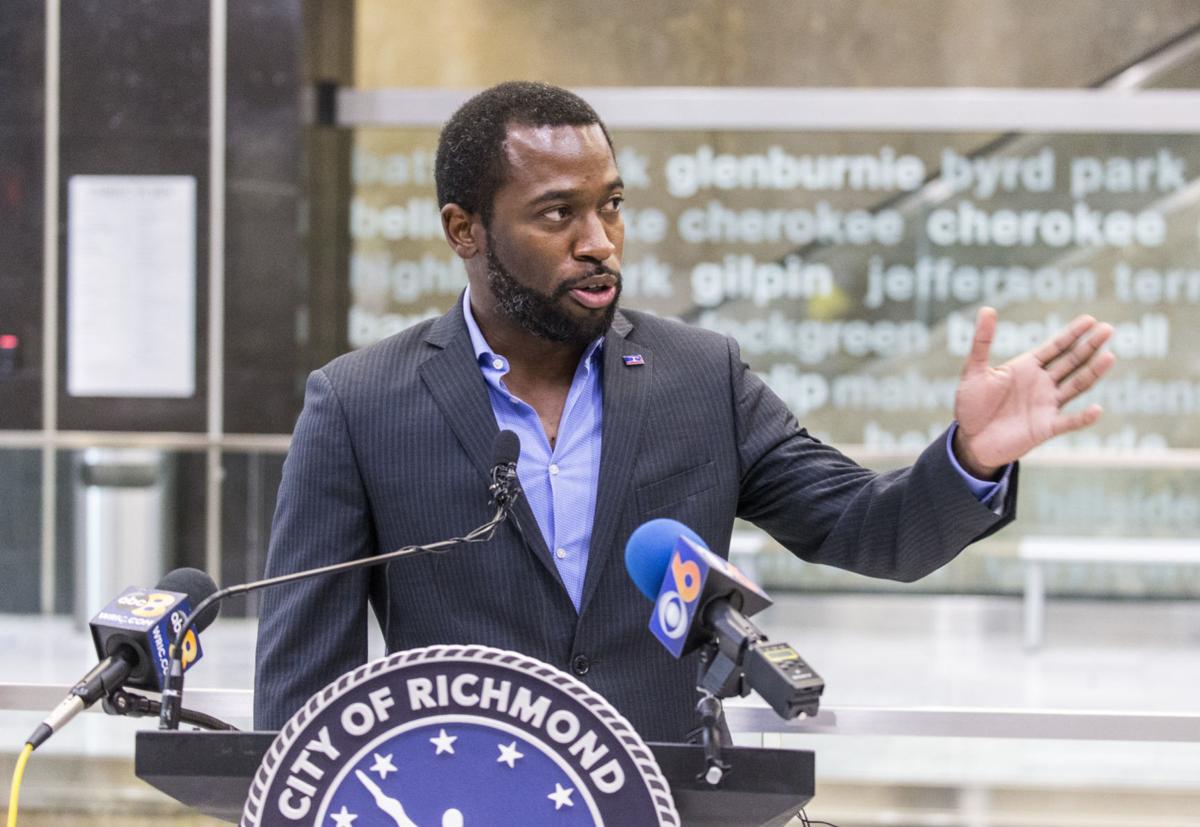 Richmond Mayor Levar Stoney speaks about city's reluctance to 'reopen' along Virginia Gov. Ralph Northam's timetable at the city hall in Richmond, Va. on Thursday, May 14, 2020. 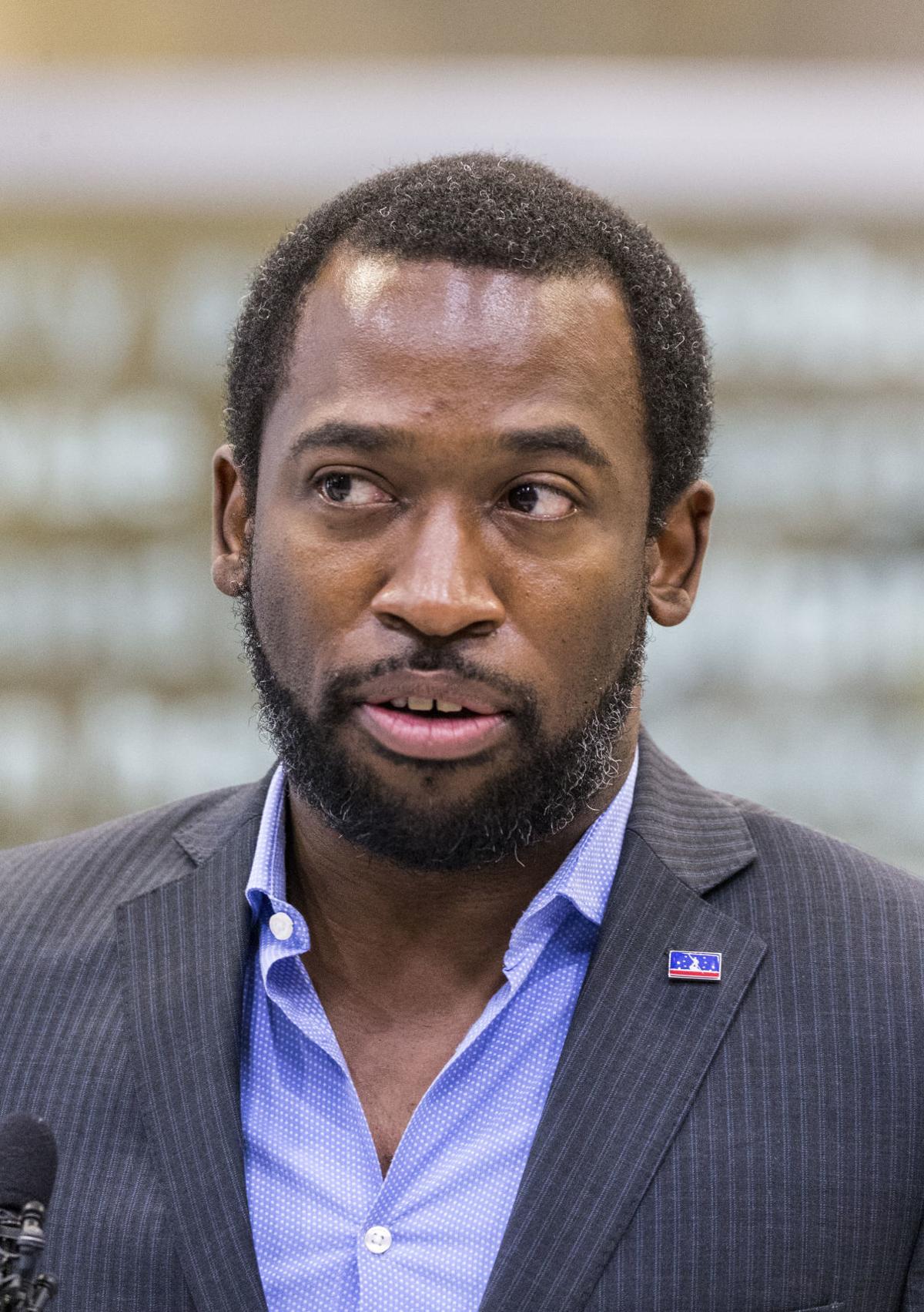 Mayor Levar Stoney on Tuesday defended his request for a two-week exemption from the state’s Phase One reopening, saying his administration won’t ease COVID-19 restrictions until data indicates it’s safe to do so.

“It’s too premature to say what direction we’ll go in on May 29,” Stoney said at a news conference, referencing the date the city’s initial exemption expires.

Last Friday, most of Virginia began easing some restrictions on businesses and churches in place since March. On the eve of the reopening, Richmond received numbers from the state showing the city’s “percent positivity rate” was rising, signaling the virus was not receding. Stoney then requested, and Gov. Ralph Northam granted, an exception from entering Phase One through May 28. Accomack County and Northern Virginia requested and received similar delays.

The last-minute change of plans roiled some business owners who were eager to reopen and said the delay came without ample notice. Others said they supported keeping the restrictions in place for another two weeks for safety reasons, even if it hurt their bottom lines.

Stoney said a decision would have come sooner had the state shared data his administration requested sooner.

To date, COVID-19 has infected 811 people in the city, hospitalized 118 and killed 19, according to figures the Virginia Department of Health tracks. The city’s percent positivity rate was last reported Sunday at 23.6%, according to the department.

Stoney said the city would use the two-week exemption to hold more free testing events, distribute protective equipment to residents, and field requests from restaurants interested in establishing or expanding patio space when the city eventually eases restrictions.

“When we reopen — and we will reopen — it will be done safely, with all Richmonders in mind. It will be done equitably, and it will be rooted in the hard work of the next two weeks,” Stoney said at a news conference he called Tuesday morning at Diversity Thrift.

The remarks came as the Richmond Health District and partnering organizations prepared to hold a free testing event at the nonprofit’s headquarters on Sherwood Avenue. The health department has held nine of the free events over the last month, testing more than 900 people.

Gov. Ralph Northam along with state health and safety officials have been giving frequent updates on the fight against COVID-19 in Virginia.

Because no one would defy the great Levar and go shopping or dining in the counties. We will all be good sheep, stay within City limits and thank heaven that the wise Levar is here to save us.

He is worried about the next election, nothing else.

Stoney wants to bleed the system to make sure he gets every drop of blood from any State or Federal monies ! He could care less about Richmond's businesses . . .

Meanwhile city residents flock to the counties to shop, get hair done, get their nails done and eat on a patio other than their own for a change. Those that don’t feel safe to come out yet won’t and that is okay!

What WASN'T told to us in this shabby, Pro Levar Stoney advertisement is that Juyst Like I commented on a few days ago, Stoney is already asking for Federal help with things like testing funding, monetary compensation and help with the issues of mental health a drug abuse resulting from the Wuhan virus...….These are all city or state issue, the Federal government has done substantial amounts of funding, perhaps too much, resulting in huge deficit increases, and while it appeared necessary, being justified by horribly faulty models, we now need to back up on any more funding. Levar Stoney knew the risks of keeping Richmond on lockdown for longer than needed, and now he and he alone must take the responsibility for his actions...….Asking a Democrat to take responsibility for ANYTHING, unless it was successful, is a worthless endeavor, they won't, and they don't care, and Stoney demonstrated that with his whining for Federal funds. Stoney MUST be held accountable by the voters, should his decision to keep Richmond on draconian lockdown into the future go bad, and nobody should expect or demand any more Federal funding for Richmond.