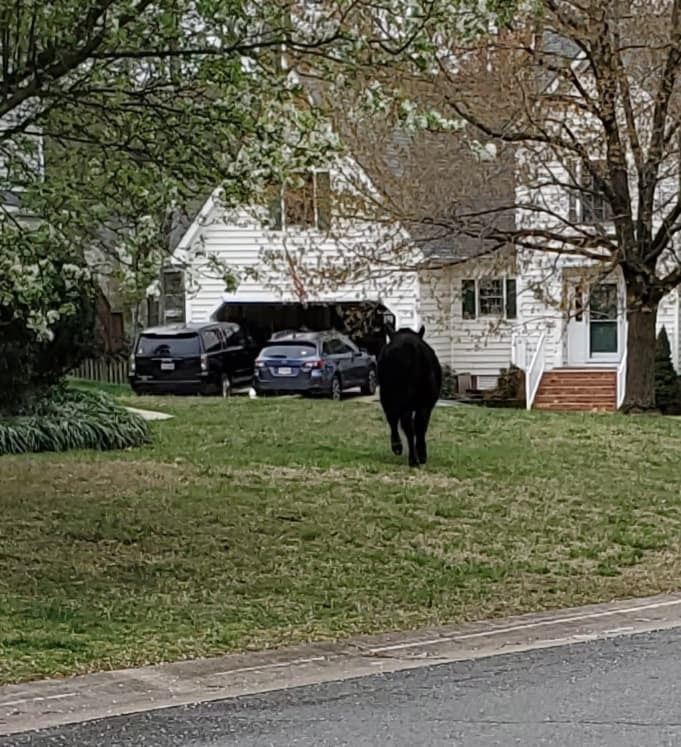 The bull had escaped from Meyer Farms on Friday. 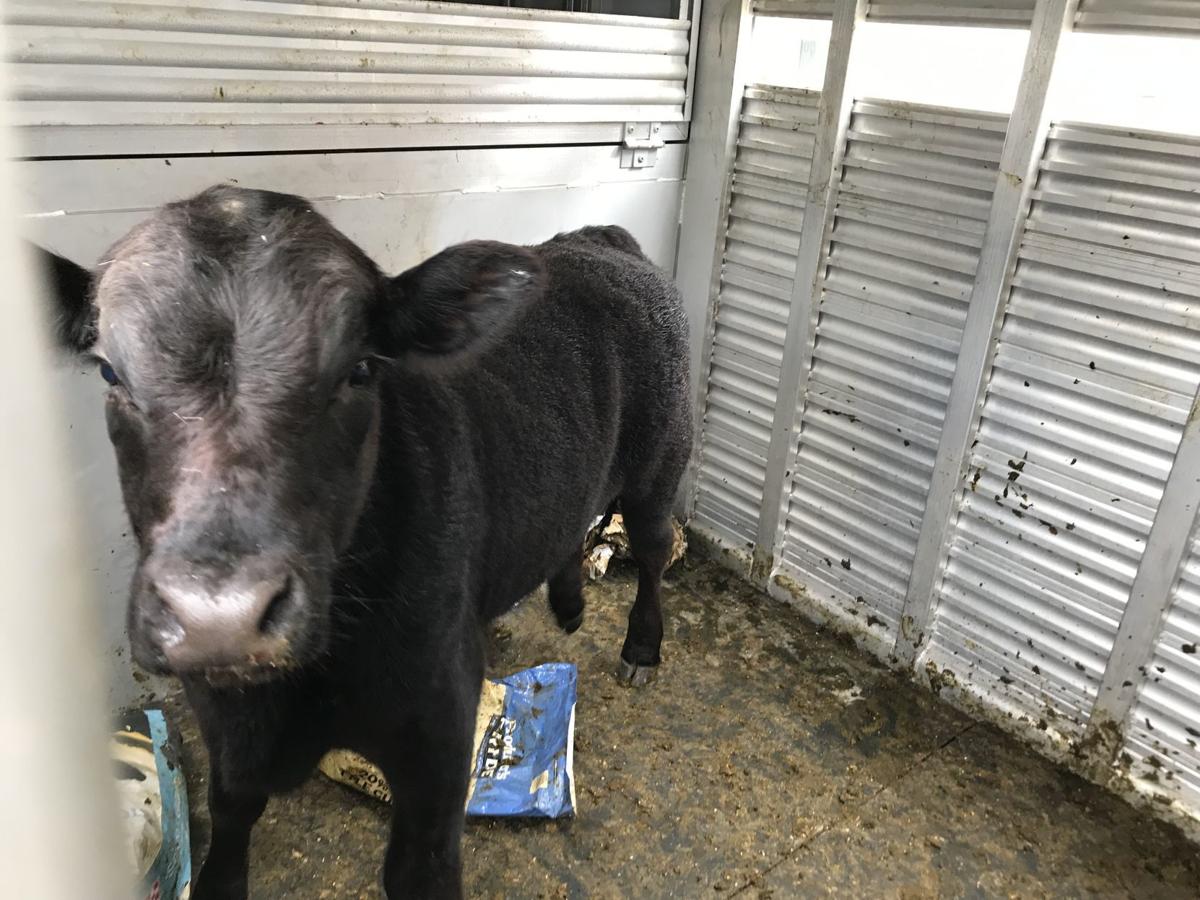 The bull had escaped from Meyer Farms on Friday.

A swift-moving, 600-pound bull named “16” roamed the streets of Hanover County for 15 hours before he was caught Saturday in the county’s Milestone neighborhood.

The bull was finally trapped on Seward Way, a cul-de-sac in Milestone, around 12:45 p.m.

The bull had escaped from Meyer Farms off New Ashcake Road around 9 p.m. Friday, shortly after owner John Meyer acquired him. The rest of his 12 cattle are female.

“He’s the only bull, and I wanted to keep him separate until mating season, and that lasted about three hours,” said Meyer, enjoying a bottle of water after loading 16 into a horse trailer to take home.

The bull was spotted in Ashcreek and Fox Head before roaming Milestone on Saturday. All three neighborhoods are along New Ashcake Road.

Bobby Baine, who lives at the end of Seward, spotted the bull in his front yard after much commotion from neighbors about 12:15 p.m. Saturday. He opened his back gate and trapped the animal until Hanover deputies and animal control arrived.

Meyer said the bull had been charging everyone who tried to contain him.

“Is he dangerous? I don’t know, depends on who you ask,” he said.

PHOTOS: Bull on the run in Hanover neighborhood