PHOTOS: Scenes from Capitol Square in Richmond on Monday morning 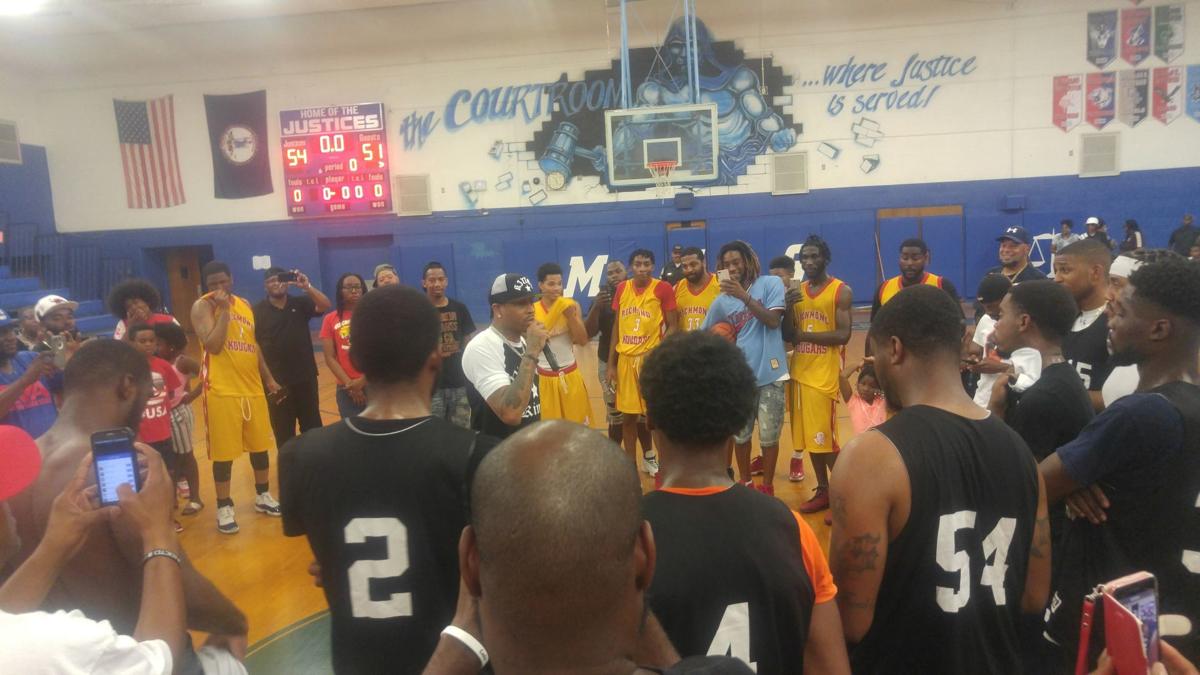 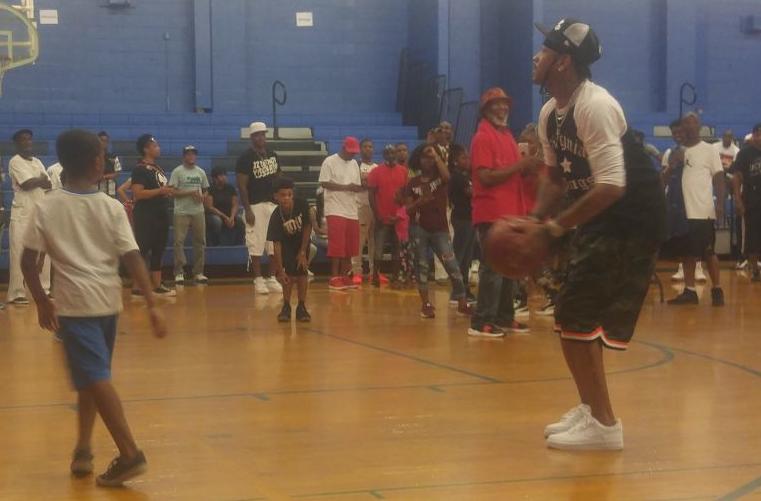 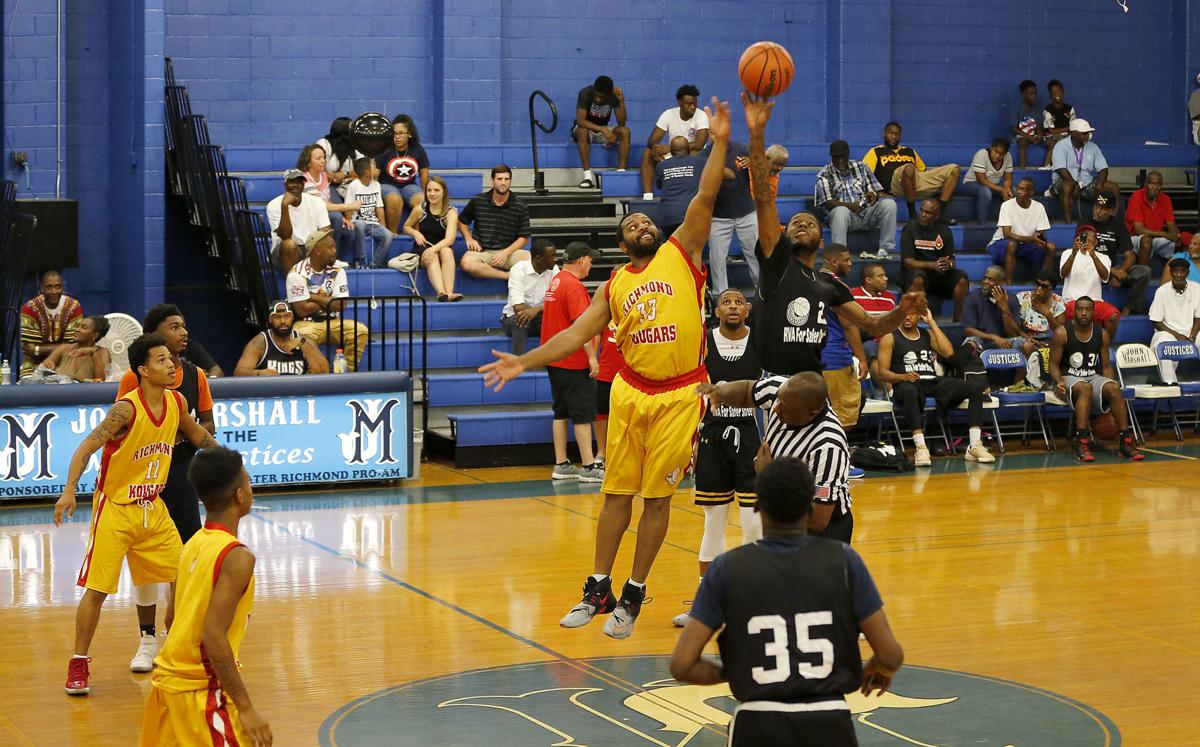 The Richmond Kougars representing Whitcomb Court and the Fulton neighborhood team played in the championship at John Marshall High School on Saturday. The Kougars won. 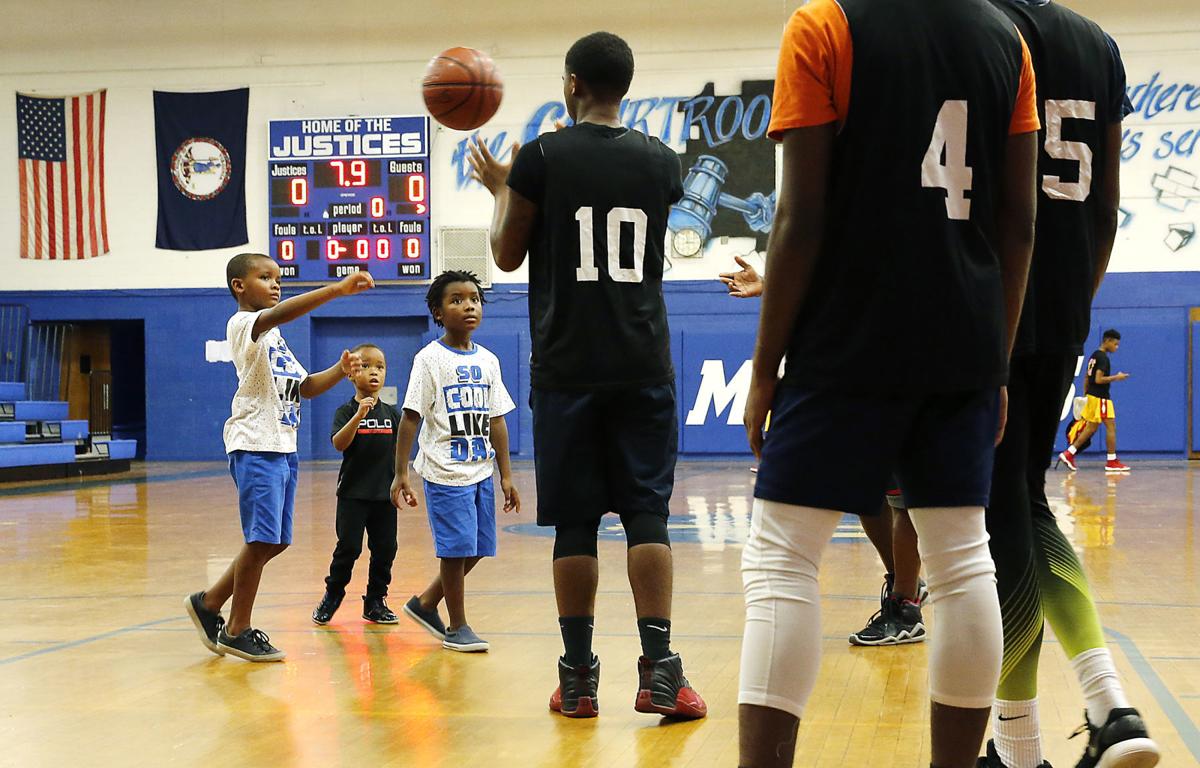 Richmond Kougars and Fulton of the RVA League For Safer Streets played their championship game at John Marshall High School in Richmond VA Sat. Aug 18, 2018. Here, Savion Nicholson, 6, Jassiah Dortch, 4 and Javion Nicholson, 6 finished playing so members of Fulton could warm up prior to start of the game.

The Richmond Kougars representing Whitcomb Court and the Fulton neighborhood team played in the championship at John Marshall High School on Saturday. The Kougars won.

Richmond Kougars and Fulton of the RVA League For Safer Streets played their championship game at John Marshall High School in Richmond VA Sat. Aug 18, 2018. Here, Savion Nicholson, 6, Jassiah Dortch, 4 and Javion Nicholson, 6 finished playing so members of Fulton could warm up prior to start of the game.

Twin 6-year-olds Javion and Savion Nicholson dribbled a basketball with both hands when a deep voice behind them requested it.

“Kick it,” said Allen Iverson, Hall of Famer and Virginia native, calling for the ball.

Their grandfather watched with pride as the boys tried to take on the former All-Star. Neither knew, or much cared, who they were playing with; they just wanted to play ball.

“It meant more to me to see them play with him,” said Walik Dancy, who was attending the championship game for the RVA League for Safer Streets, a recreational basketball league for men 17 to 26 in some of the city’s most crime-ridden neighborhoods. “He was one of my favorite players when he was in the [NBA].”

One of the Richmond league’s founders, Paul Taylor, grew up with Iverson in Newport News and Hampton, and invited him to attend the final game of the season.

“I didn’t expect him to come,” said Anthony Brown, a former Monacan High School standout who played for the victorious Richmond Kougars on Saturday and took home the MVP trophy.

Iverson high-fived him as he held up the trophy.

Taylor, who was released from prison last year after serving more than two decades for murder, and Jawad Abdu, a former Richmond gang member, started the league to right some of the wrongs they’d done in the community.

To build camaraderie, the league brings together teams from different neighborhoods, many of which have been waging “war” on each other for years, Taylor said. On Saturday, the Kougars representing Whitcomb Court played Fulton for the championship.

“He’s been where you’ve been,” Taylor told the crowd before Iverson arrived. “He wants to be a part of the good we’ve got going here, and he wants to see a good game.”

Iverson, too, served time, though only a few months, when he was 17 for his alleged involvement in a fight at a Hampton bowling alley.

Former Gov. L. Douglas Wilder granted him clemency so he could finish high school, then he went on to play two seasons at Georgetown University before being the first-overall pick of the 1996 draft. The conviction was later overturned because of insufficient evidence.

“I live in Hampton. I’m Virginia, y’all Virginia, y’all me,” he told the crowd of about 75 people who gathered at John Marshall High School for the game. “Y’all the same dudes that came up where I came up from. ... Honestly, and wholeheartedly, y’all can be anything you want to be in life. We ain’t just talking about basketball, baseball, football, whatever. Anything you want to be in life — my mom told me that when I was 8 years old, and I believed it. I’m a Hall of Famer.

Jamaal Dortch, who played for the Fulton neighborhood team, said hearing that from Iverson “meant a lot. Coming from him, especially, everybody here looks up to him.”

Iverson’s visit to Richmond came the day after he dedicated a new gym to the Boys and Girls Club in Newport News where he shot hoops as a kid.

Since the league started here last summer, shootings and homicides have been down in the neighborhoods with teams, Abdu said.

“When we first started, like 90 percent of our league were jobless, and now those numbers have inversed,” he said. “It’s our job to make sure the hope reaches them. It’s growing. I see it.”

My hat is off to these gentlemen who are actually doing something for at risk youth, as opposed to virtue signalling on the sidelines of NFL games. Keep in mind that 95% of NFL players are doing it right. A shame that the NFL allows these few to besmirch the name of the NFL and the other players.