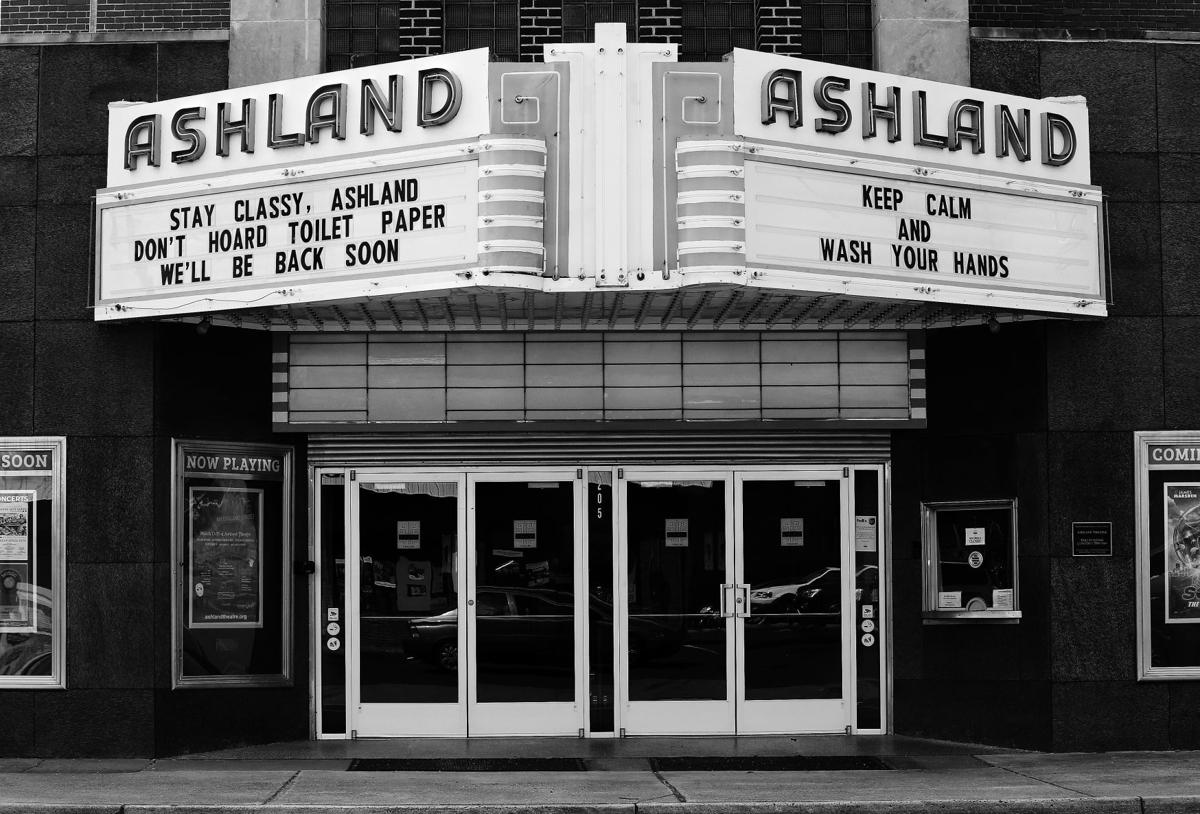 Ashland will elect three town council members on Tuesday amid COVID-19. In March the marquee at the Ashland Theatre urged residents to persevere during the pandemic. 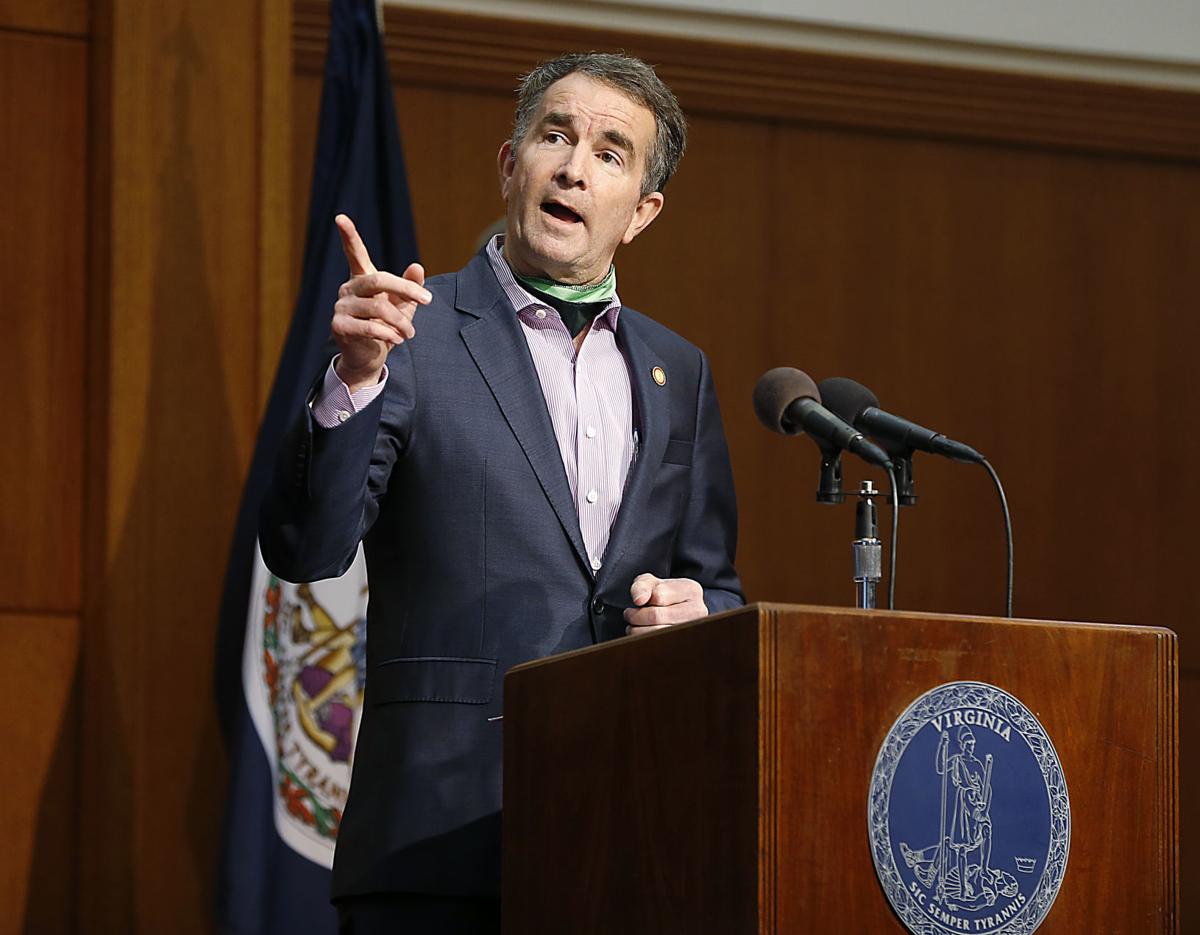 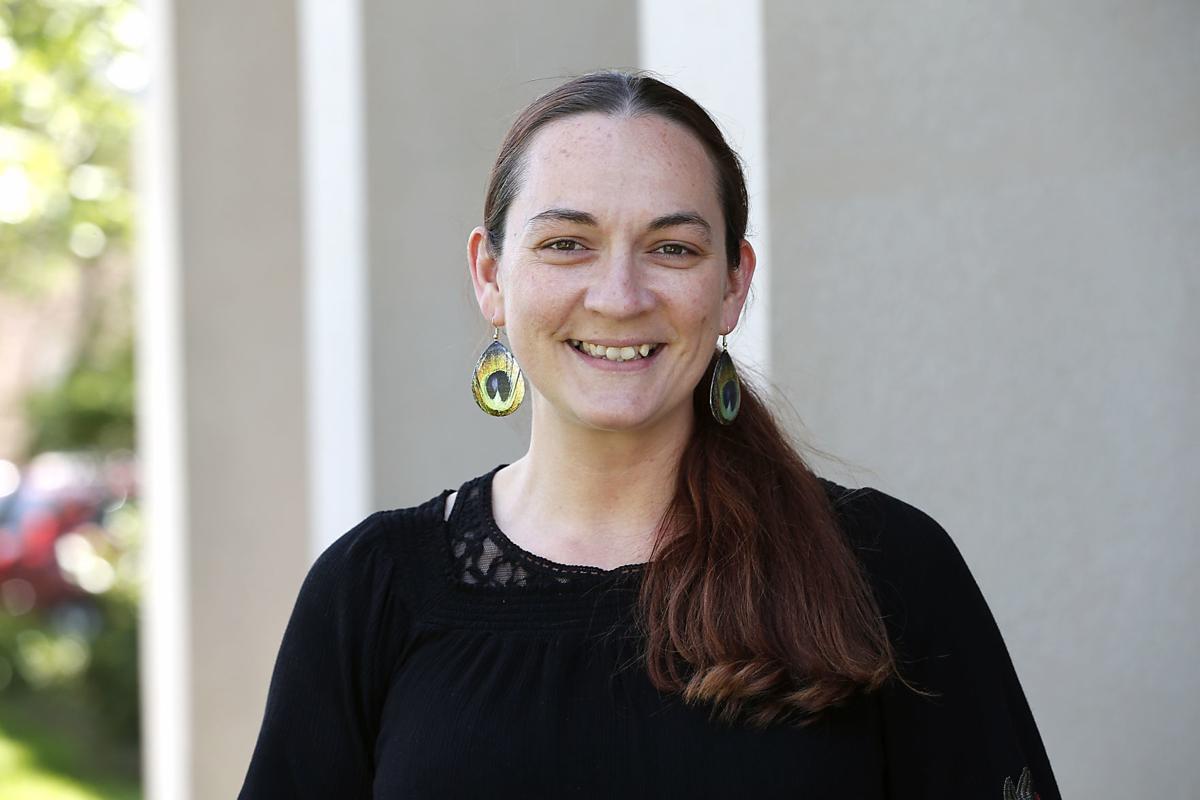 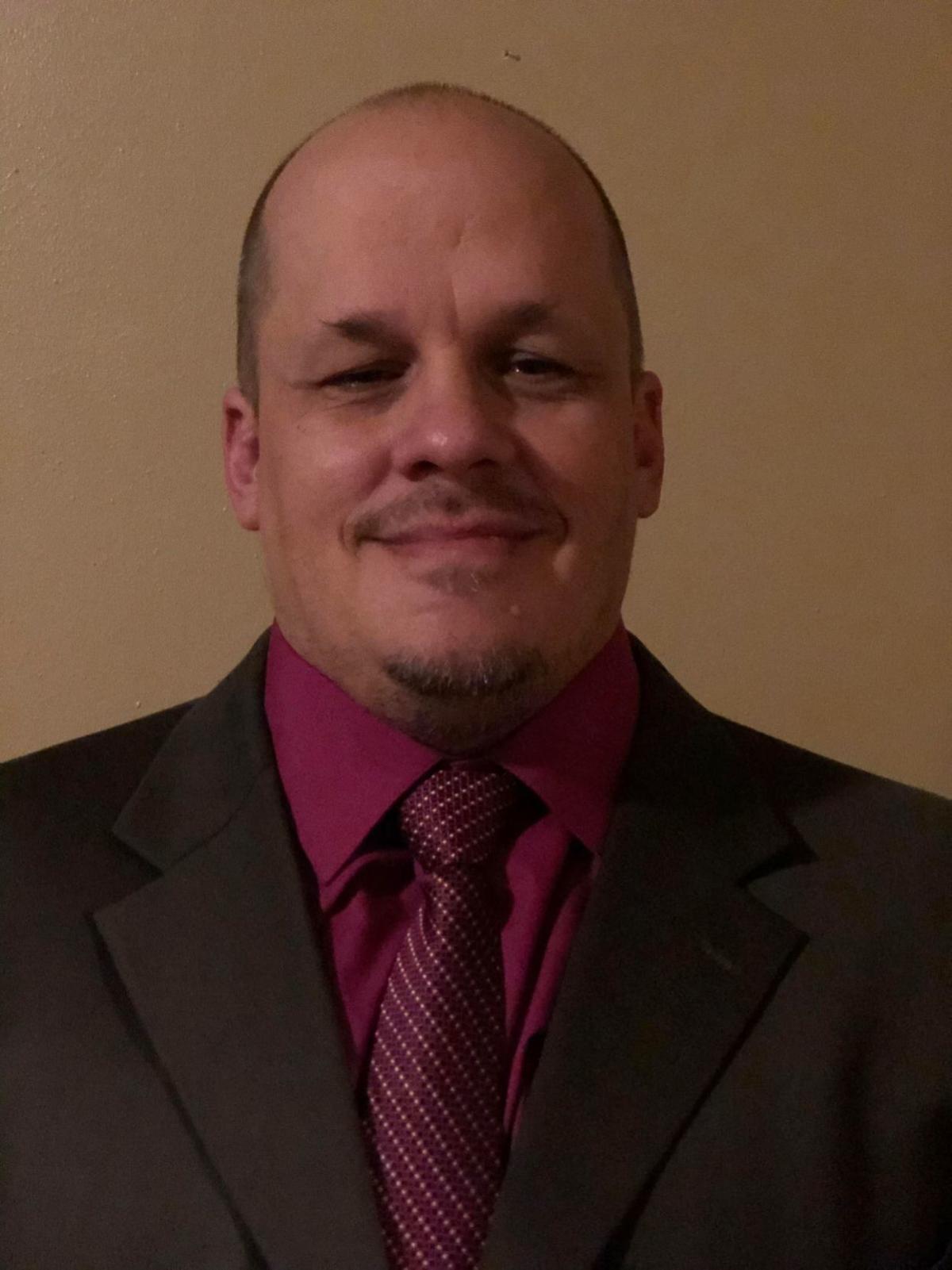 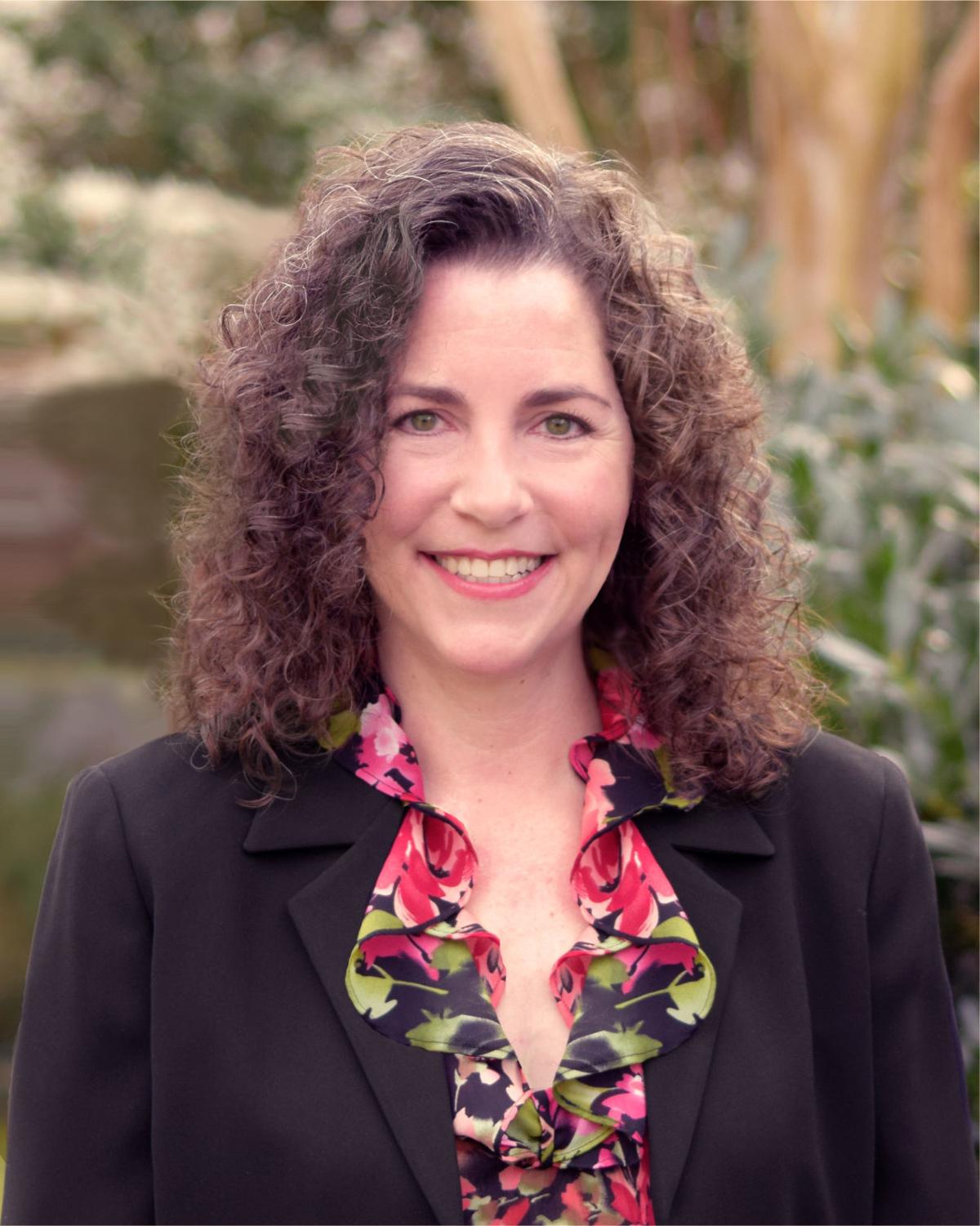 Ashland will elect three town council members on Tuesday amid COVID-19. In March the marquee at the Ashland Theatre urged residents to persevere during the pandemic.

When Stephanie Hare decided late last year to run for a seat on the Ashland Town Council, her first bid for elected office, she wasn’t sure what to expect. One thing is for certain: Hare was not anticipating a pandemic.

The 37-year-old, initially a skeptic of the role of government in the town, has grown more passionate about its management in recent years after attending, on her own accord, seminars on how the town works and various government meetings. Hare wanted voters to see that passion, in person, through door knocking and other campaign events.

“It’s kind of hard to show them when I can’t go out there and do it,” she said. “I hate that [COVID-19] took away me being able to form those connections that I wanted with people.”

The public health crisis and legislators’ rejection of a proposal from Gov. Ralph Northam to move municipal elections to November has led candidates like Hare and election officials to take extra precautions for Tuesday when thousands of voters will take to the polls in 115 Virginia cities and towns.

In the Richmond area, the towns of Ashland and Louisa will elect three town council members in nonpartisan contests. Across the state, a total of 734 candidates are running for mayor and council, according to the Virginia Public Access Project.

Because of the coronavirus pandemic, Hare’s plans have changed. Instead of door knocking, she’s making frequent posts to her “Show You Care, Vote for Hare” Facebook page. Rather than debating other candidates for the council, she’s participated in an online candidate forum. Instead of the intimacy that normally comes with local elections, Hare is reaching people from home while home schooling her fourth-grade daughter.

The virus has spread more rapidly in some places — Northern Virginia, the Richmond area and Hampton Roads, most notably — and slower in others, including Southwest Virginia. Regardless of how hard an area has been hit, candidates all across the state have had to make adjustments to reach prospective voters in advance of Tuesday’s local elections.

“It’s not the same,” said Kathy Abbott, an incumbent candidate for the Ashland council, where six people are vying for three seats. “Normally you’re out there talking to people and just making contact with people to understand what’s on their mind. It’s been difficult to have those in-person conversations that mean a lot to me.”

The same is true in Bristol, where there are three COVID-19 cases as of Friday, according to state data.

Ric Watts, 51, ran a write-in campaign for a seat on the City Council two years ago that launched just days before the election. This year he had bigger plans, with extensive door knocking and meet-the-candidate sessions once a month where residents could stop into a local restaurant or other meeting place to pepper him with questions on policy.

Now he’s trying to reach people through social media and phone calls, while encouraging them to vote absentee — the deadline for requesting an absentee ballot for Tuesday was May 12 — and cast their ballot off at a drive-thru dropoff the city set up for absentee voters.

“It’s been kind of surreal,” Watts said. “I had all these plans for what I wanted to do and how I wanted to connect with voters and all those very quickly got turned on their head.”

He added: “Democracy has to continue. We’re still committed to essential functions happening.”

In a state that has only begun to reopen, election officials are taking extra steps to keep voters and poll workers safe.

Teri Smithson, the director of elections for Hanover County, said voting booths will be routinely sanitized throughout the day and the town will also have two curbside voting areas.

“We want to make every accommodation we can,” she said, adding that only six voters will be allowed inside a precinct at a time. “Hopefully we’ll have an uneventful Election Day.”

Smithson said Wednesday that 295 absentee ballots had been mailed out for the election. In the 2016 town council election, about 1,000 votes were cast for four seats.

Virginia Department of Elections Commissioner Chris Piper said the state has encouraged people to vote absentee, but has taken other steps, including sending personal protective equipment to local election officials.

“We’re hoping that the process will be smooth and not much different than what you might have seen prepandemic,” he said. “I’m comfortable with the preparations we’ve done, given the circumstance.”

Piper added: “It’s not an ideal situation that we find ourselves in. That said, nothing about any of this is ideal.”

“We have done everything that we can to make voting as safe as it can be,” Northam said Friday.

In early April, with COVID-19 cases and deaths continuing to rise, Northam announced that he was asking the General Assembly to move the elections, then scheduled for May 5, to Nov. 3. The governor has the authority to move elections back two weeks, which he’s done for the June congressional primaries (June 9 to June 23), but not longer.

“We are in the middle of a public health crisis. We have wrestled with our options and none of them are ideal or perfect,” Northam said at the time.

His announcement came the day after voters in Wisconsin took to the polls after a lengthy political and legal fight over whether in-person elections should proceed amid the pandemic. The Wisconsin voting resulted in as many as 52 people becoming infected, including National Guard members, voters and poll workers, according to state officials.

While the House of Delegates signed off on Northam’s plan during the April 22 reconvened session, it met opposition from the state Senate, with members — including a handful of Democrats — saying the elections should proceed as planned. Opponents specifically took issue with part of Northam’s proposal to discard absentee ballots that had already been cast.

“To cancel the election and throw out the ballots would have been a terrible error,” said Sen. Chap Petersen, D-Fairfax City, in an interview this week. “There was just, frankly, no good reason to delay the election. You don’t want [the local elections] mixed up with the partisan elections in the fall.”

On April 24, Northam announced that he was pushing the elections back two weeks to May 19, setting up Tuesday’s voting.

“Someone shouldn’t have to choose between their health and voting,” Northam said Friday. “This was the reason that I suggested and recommended that the May election be moved to November. The House of Delegates agreed and supported that. The Senate didn’t. So here we are.”

Here are the candidates for the Ashland and Louisa councils, each of which have three seats up for grabs.