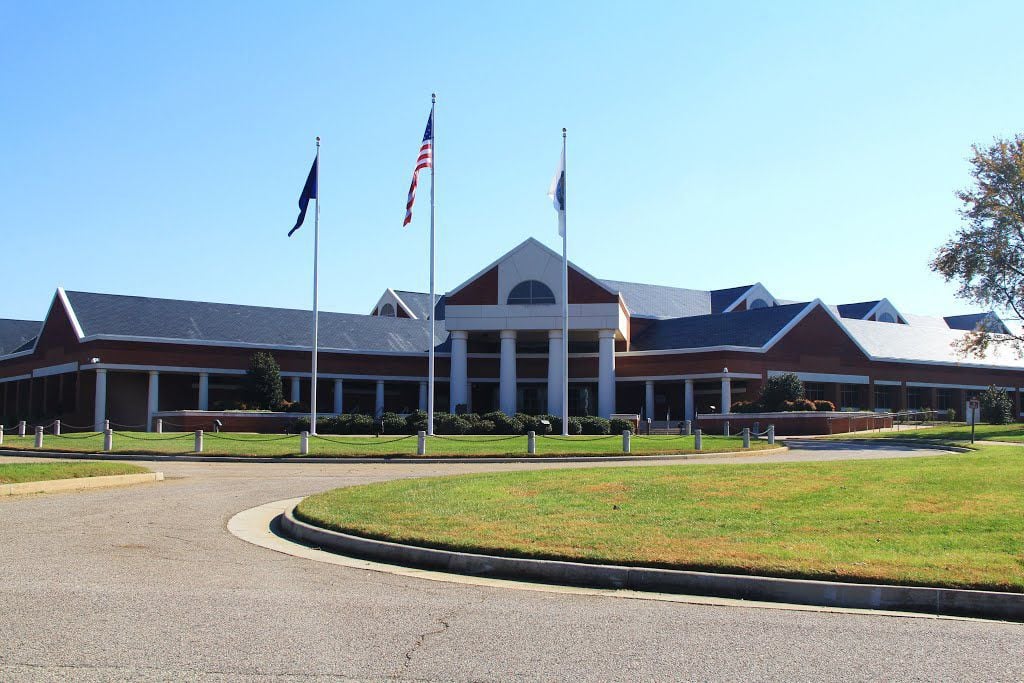 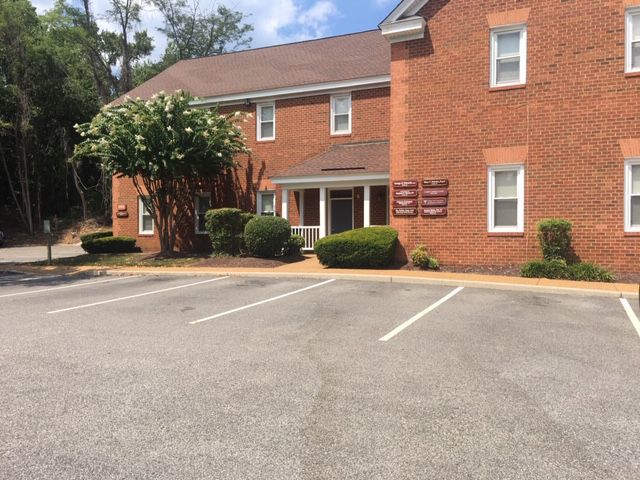 An attorney was critically injured in an attack at this office building in Chesterfield County.

An attorney was critically injured in an attack at this office building in Chesterfield County.

Security at the main Chesterfield County courthouse was tightened Thursday after an attorney was severely beaten early Wednesday evening in a nearby office building where he works.

The victim was a Chesterfield attorney who handles primarily divorce and traffic cases and had represented a client in circuit court earlier Wednesday, according to two local lawyers who spoke on the condition of anonymity. Chesterfield Sheriff Karl Leonard confirmed that security at the courthouse was bolstered.

The sheriff’s office deployed its tactical team outside the courthouse and additional deputies were positioned at various locations inside.

County police said the victim was found in a central hallway in a common area of the building in the 10100 block of Krause Road by a person who had arrived about 6 p.m. for an appointment at another business within the building. The police did not release the victim’s name.

“Right now we believe he was working — not coming or going — and at some point got assaulted,” said Chesterfield police Lt. Brad Conner. “We’re still trying to track down a time frame to narrow our focus a little bit more.”

The office building is just off Iron Bridge Road and about 2 miles south of state Route 288. It is located about 1½ miles from the county courthouse and is a short distance from Chesterfield’s police headquarters.

Conner said authorities believe the victim will survive but he remains in critical condition with life-threatening injuries, including significant wounds to his face.

Due to the extent of the man’s injuries, detectives have not been able to learn anything from the victim about the circumstances or the identity of his attacker. Police don’t know whether he was randomly targeted or whether his assailant was someone he knew, Conner said.

Conner said there is no surveillance video that “actually captured the incident.”

However, Conner said a detective on Thursday canvassed the building where the assault occurred, as well as adjacent buildings, “to locate surveillance video to try and see what we can find.”

Conner said at this point, it doesn’t appear the man was robbed. “But because we still haven’t been able to do a full interview with him, we’re unable to determine if, in fact, anything is missing from his person or his office.”

Conner said detectives are looking at whether the victim had any negative interactions with customers or other people that may have led to the attack.

“We’re really still in the preliminary stages” of the investigation, Conner said.

After learning of Wednesday’s attack on the Chesterfield attorney, several local lawyers recalled a case seven years ago in which an aggrieved computer security analyst struck fear into dozens of law office employees after showing up with a gun. He attempted to kill his ex-wife’s attorney after learning he was on the losing end of a child custody decision.

Mark Lowe, 42, was convicted by a jury the following year of attempting to murder the attorney and abducting his administrative assistant during a June 21, 2012, rampage at law offices across from the Chesterfield courthouse. He also was found guilty of two firearm counts and unlawfully shooting into an occupied dwelling, and sentenced to 12 years in prison.

You can also contact Crime Solvers by going to www.crimesolvers.net or using the P3 Tips app for smartphones.

All Crime Solvers methods are anonymous.

Keeping guns off the premises is a guaranteed way to prevent shootings. The common sense gun control approach is the first thing they turn to when threats are made.

Time and time again irresponsible citizens refuse to take personal responsibility for their own self-defense by purchasing a gun and obtaining a concealed carry permit. A 2013 study conducted by the Obama administration concluded that guns are an important crime deterrent. A 2005 supreme court ruling concluded that the police do not have a constitutional duty to protect citizens. Given the cowardice displayed by the police in the parkland shootings, the police must give a detailed accounting of the location of every police officer during this shooting. The supreme court runs this country and has concluded the police have a constitutional right to be cowards and a woman can kill her own baby.

And Republican take small children from their parents and lock them up in cages sometimes causing death. Next.

For those who say the 2A is not needed because we have police to protect us, read this story. Police do a fabulous job but their ability to protect a citizen is limited. In most cases, they are unable to prevent you from being murdered. They are amazingly effective in catching the person that murdered you. If that makes you feel better. They will catch the person that beat this attorney so severely.

We will see if this was over a domestic dispute being handled by the attorney. Wishing the victim a speedy recovery.

Handling divorce cases can provoke revenge against the attorney from the clients husband. Police I'm sure will be checking this out.

There is no evidence but this is a logical assumption. Divorce cases can get brutally ugly and offensive. When you take someone's children and home away from them such a violent reaction does not surprise me. Of course, it is stupid and wrong to take out your anger on your spouse's attorney.

keeping Guns off the premises is a guaranteed way to prevent shootings. The common sense gun control approach is the first thing they turn to when threats are made.

if the victim had possessed a firearm he might have been able to defend himself. i can't tell if your comment is sarcastic or ignorant.

Very true. The victim may suffer permanent disabilities and disfigurement as a result of laws preventing his ability to protect himself.

And if the victim had had a gun, maybe the perpetrator would have gained control of it (sounds like from the inflicted injuries this guy was skilled in hand-to-hand combat) and shot him with it.

Several customers in the Walmart at the time of the massacre had weapons but not a single one used them. Strange, don't you think?

Common sense dictates that a person should take personal responsibility for their own self-defense by purchasing a gun and obtaining a concealed carry permit and boycott all gun free zones that limit their ability to defend themselves.

And maybe a little "common sense" would tell a highly educated lawyer that if you push somebody to the limit in divorce cases, they may come after you. Risky business if you ask me.

Chesterfield Community Corrections is located at 10111 Krause Rd, Could that be a connection?

It’s across the street from CC Corrections. The building in question is leased by multiple businesses.