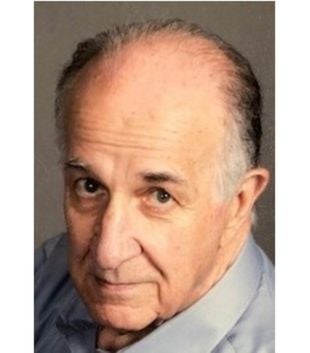 ERMINIO, Francis A., age 76, of Midlothian, Va., formerly of Leckrone, Pa., passed away at his home on Wednesday, January 8, 2020. Francis was born on July 15, 1943, in Leckrone, Pa., son of the late Olivio and Elizabeth (Ferruti) Erminio. Francis was a 1961 graduate of German Township High School (Pa.), where he was involved in football and theater. He spent his entire professional career in the automotive industry specifically in under-car sales and repair and was instrumental in opening and managing stores throughout the east coast. His hobbies and interests include coaching youth sports and reading for personal development. Besides his parents; Francis was preceded in death by his brother, Richard; and sisters, Lenora Barbush and Nancy Lawson. Left to cherish his memory are his wife of 55 years, Patricia A. (Lucas) Erminio; his son, Kevin; grandchildren, Ryan and Jack; brother, Nick; sisters, Pauline Huggins, Selma Bahuriak, Sylvia Krofcheck and Rita Urbany; and numerous nieces and nephews. Family and friends will be received in The Dearth Funeral Home, 35 South Mill Street, New Salem, Pa. 15468, on Monday, January 13, 2020, from 6 to 8 p.m., where a prayer service will be held on Tuesday, at 9:15 a.m. followed by a Funeral Mass at 10 a.m. in St. Francis of Assisi Parish-Masontown Site, 101 West Church Avenue, Masontown, Pa., with Rev. Fr. Douglas Dorula as celebrant. www.dearthfh.com 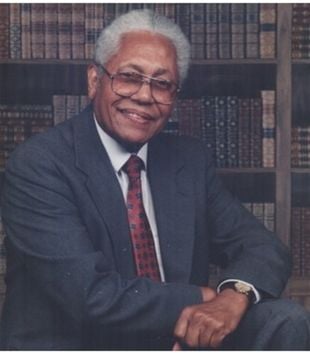 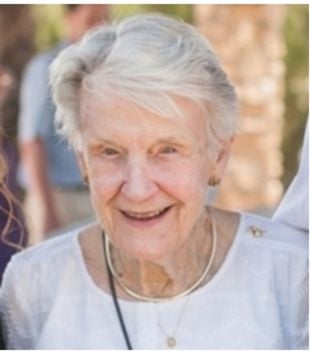 FRENCH, Patricia "Pat" T., 93, of Woodstock, Va., died Friday, January 10, 2020, at her home. Pat was born October 17, 1926, in Baltimore, Md., the first of two children of the late Gladys H. and Edward P. Teale. She was a member of the Class of 1943 of Thomas Jefferson High School in Richmond and attended Harcum Junior College in Bryn Mawr, Pa. After college, she worked in a division office of AT&T Long Lines in Washington, D.C., where she met her future husband, Warren B. French Jr. They were married on September 17, 1949, in Silver Spring, Md., and were the parents of four children. Pat was predeceased by her son, Warren B. French III. In addition to her husband; she is survived by her three remaining children and their spouses, Anne French Dalke and Jeffrey A. Dalke, Cynthia French Mullen and W. Grigg Mullen Jr. and Christopher E. French and Rhonda H. French. Pat is also survived by her nine grandchildren, their seven spouses and five great-grandchildren. She is also survived by her brother, seven sisters-in-law and a brother-in-law and many, many nieces and nephews. Pat and Warren were active in the Virginia and national telecommunication industries, as well as state political functions. Pat's love of children and reading led to her involvement in and support of libraries at the town, county and state levels. She served on the Board of the Woodstock Library and was appointed by Virginia Governors Godwin and Dalton for five-year terms on the State Library Board of the Virginia State Library, serving as chairman for one year. Pat also worked to gain support for the creation of the Shenandoah County Library, which opened in 1985 and led to the creation of the Shenandoah County Library System. She also served two terms on that board. There will be a private graveside service for family, with interment in Massanutten Cemetery, Woodstock. Pallbearers will be Pat's grandchildren and their spouses. A public memorial service will be conducted Sunday, January 19, 2020, at 3 p.m. at Woodstock United Methodist Church, with Pastor Robert N. Hoskins Jr. officiating. Immediately following the memorial service there will be a reception at French Brothers Cabin, Woodstock. Pat requested there be no online condolences. In lieu of flowers, memorial donations may be made in Pat's name to the Shenandoah County Library Foundation (designated for children's books), 514 Stoney Creek Blvd., Edinburg, Va. 22824; the Shenandoah Community Foundation, P.O. Box 31, Woodstock, Va. 22664; or Woodstock United Methodist Church, 154 South Muhlenberg Street, Woodstock, Va. 22664. Arrangements are in the care of Heishman Funeral Home, Inc., Valley Funeral Service Branch in Edinburg, Va. 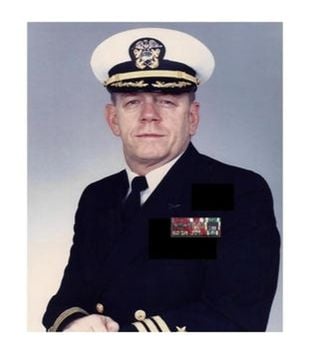 GEITHMANN, Gary R., CDR Geithmann was the son of the late Frances and Melvin Geithmann and is survived by his wife, Joyce; daughter, Suzanna Gordon (Dr. Jon Gordon); and brothers, Joe Geithmann, Melvin Geithmann; sister, Pat Wolfe. A Funeral Mass will be held at 12 p.m. on Saturday, February 8, 2020, at St. Philip Catholic Church, Franklin, Tenn., with a visitation one hour prior to Mass. Reception to follow in fellowship hall. Memorials may take the form of donations to the Naval Historical Foundation, 1306 Dahlgren Ave. SE #2, Washington, D.C. 20374 or Boy Scout Troop 137, 406 Newbary Ct., Franklin, Tenn. 37069, in loving memory of Gary Geithmann. Services in care of Williamson Memorial Funeral Home, 615-794-2289. 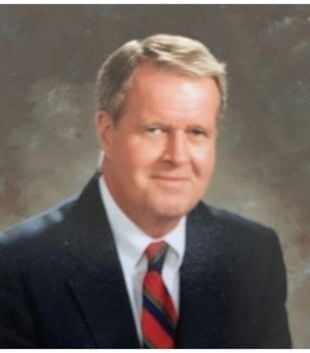 GREENE, Bancroft Farrar, passed away on December 22, 2019. He was a supportive and caring husband, a joyful, spirited father of two sons, a grandfather who loved games and a warm, loyal friend. He had been in declining health for several years. Even so, his love for classical music and antique Ford automobiles was always evident. The youngest of three sons, Bank was born in Hartford, Conn., on December 9, 1941, to William Ainsworth Greene and Florence May Gledhill Greene. He grew up in a family of educators and ministers in West Hartford, Conn. Throughout his life, his summers were spent in Jaffrey, N.H., where his great-great-great-grandfather was called to be the first settled minister in 1782. Bank attended Kingswood School and then Loomis School in Windsor, Conn., received an undergraduate degree from Amherst College, a Master of Arts and Teaching from Yale University and a Master of Divinity and Doctor of Ministry from VA Union Seminary. He was certified as a Pastoral Counselor. A lifelong educator, Bank was a headmaster at schools in Shaker Heights, Ohio, Shreveport, La. and Richmond, Va. Children's mental health was a cause Bank always championed. His concern for the most vulnerable members of our society was inspiring. He was actively involved with the VA Treatment Center for Children, Substance Abuse and Free Environment and Boaz and Ruth, a prison ministry. He is survived by his wife of 55 years, Susan Van der Eb Greene; and two sons, William Ainsworth Greene of Lynchburg, Va. (Jill Annemarie Zackrisson) and Christiaan Van der Eb Greene of Midlothian, Va. (Katie Lee Bruton); as well as four grandchildren, Rebecca Van der Eb Greene, James Pierce Bruton Greene, Mary Virginia Lee Greene and Elizabeth Ainsworth Greene. A memorial service will be held at The Brandermill Church, 4500 Millridge Parkway, Midlothian, Va., on Saturday, January 25 at 1 p.m., with a reception to follow at the church. Donations may be made in memory and honor of Bank to The Bancroft Greene Family Fund at Good Shepherd Episcopal School, 4207 Forest Hill Ave., Richmond, Va. 23225. 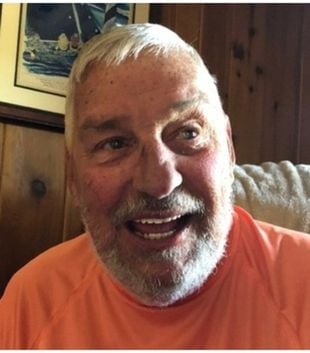 TERRELL, Wilton Stuart, 74, of Venice, Florida, formerly of Hanover County, Virginia, joined his Lord and Savior on December 18, 2019. Stuart was born July 6, 1945, in Richmond, Virginia, to Anthony and Pearl Terrell. He attended Highland Springs High School, where he graduated in 1963. Stuart's hard work ethic started early at the age of 12 delivering groceries and newspapers. He would go on to work for the railroad before becoming the general manager of Koslow's Super Market, where he was employed for over 20 years. During this time, he also became the owner of Rose's Diner on Mechanicsville Turnpike. Stuart then purchased National Super Market in Glen Allen, as well as the Emporium grocery store at Imperial Plaza. He would remain in the grocery and restaurant business for many years, also owning the restaurant at Imperial Plaza and the Ross Cafe, located inside the Ross Building in Downtown Richmond. In 1994, he opened Stuart's Fresh Catch seafood market, where he remained as owner/operator until retiring in 2000. Needless to say, he couldn't stay idle and went on to sell local, fresh seafood at Pole Green Produce, where he met his wife and loved greeting everyone who walked in. In early 2019, he realized his dream of moving to Florida, where he enjoyed soaking up the sun, swimming and taking it easy for the first time in his life. Stuart became a Mason in 1984 and was a member of the Washington and Henry Lodge #344 in Mechanicsville, Virginia. Additionally, he was an ACCA Temple Shriner and thoroughly enjoyed the time he spent in the Klown unit. "Stuie" the Klown loved kids, and would roller skate and crash in many parades to the laughter and delight of many. Known for his generosity and his ability to make everyone feel like a friend, he lived by the words "treat everyone how you would want to be treated" and "never judge a man by the clothes he is wearing or the color of his skin." Stuart will be dearly missed by his wife, Jean; children, Stephen (Kate) Terrell, Stephanie (Jack) Kinsey and the mother of his children, Betty Terrell; also his stepchildren, Holly (Billy) Miles Rosson, Randy (Lisa) Miles and their mother, Judy Terrell; three beautiful granddaughters, Alison Kinsey, Emily Kinsey and Meredith Dowdy. Stuart also leaves behind brothers, Jerry (Nancy) Terrell, Kenny (Shirley) Terrell; and sisters, Jean Thompson and Linda (Brad) Burton; along with many nieces and nephews. A Celebration of Life will be planned at a future date. 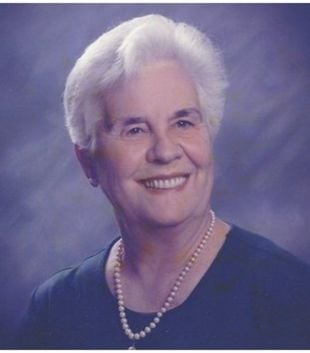 VANDERVORT, Norma Jean, 91, of Quinton, Va., passed away January 9, 2020. She was a loving wife, mother and friend to all. Norma and her husband, Kent, were missionaries in Haiti for over 20 years. They were also very devoted members of Providence United Methodist Church. Norma was preceded in death by her husband, Kent VanDervort. She is survived by four children, Daniel VanDervort (Joan), Mark VanDervort (Dott), Mike VanDervort (Dawn) and Deborah Pope (Charles); nine grandchildren and 16 great-grandchildren. A memorial service will be held 12 noon, Friday, January 17, at Providence United Methodist Church, 4001 New Kent Highway, Quinton, Va., with a visitation one hour prior to the service. In lieu of flowers, contributions can be made to Providence United Methodist Church Mortgage Elimination Fund, P.O. Box 118, Quinton, Va. 23141. Tributes may be posted at www.vincentfh.com.

WILLIAMS, Rebecca, 63, of N. Chesterfield, passed from this earth to her heavenly home on January 9, 2020. She is survived by her husband, Bobby; son, Mathew Rhody and his wife, Stacy; grandson, Thomas Rhody; granddaughter, Zoe; daughter, Nicole; mom, Sue Harrington; brother, Dirk Harrington, his wife, Nicole, and daughters, Elise and Emma. Extended family, Bill and Terry Torrison, Jenny, Justin and William, Frank, Laura, Ron and Jane, Jessica, Brianna and Travis. She loved a lot and was loved by many.