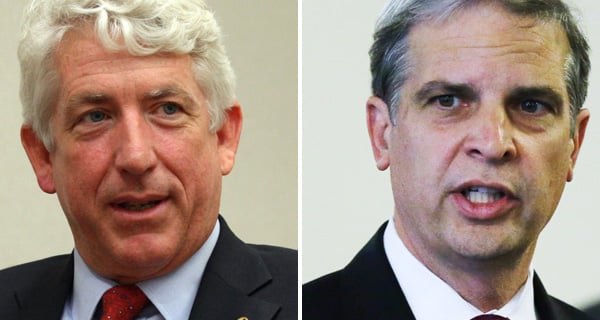 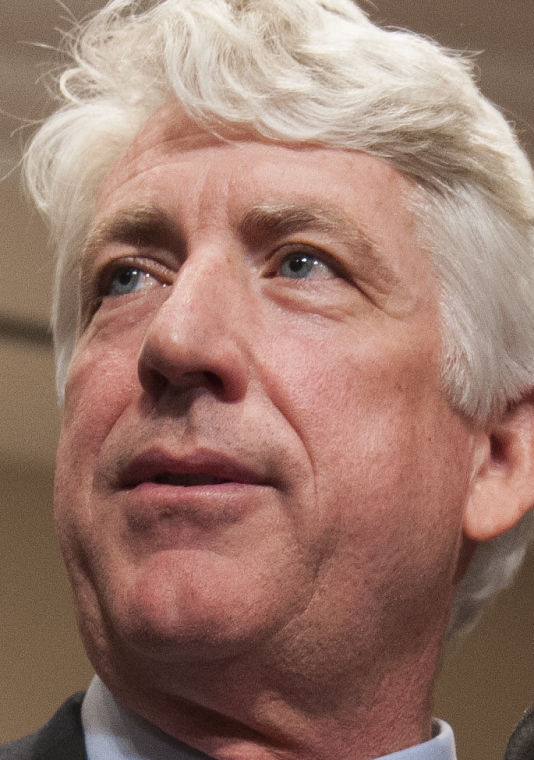 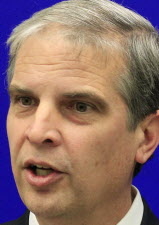 Democrat Mark R. Herring’s 165-vote victory in the attorney general race is headed to a recount this week. A total of 133 localities will retabulate 2.2 million ballots, with Fairfax County and the cities of Alexandria and Chesapeake set to start at 7 a.m. today. All other localities will begin counting ballots Tuesday.

A three-judge special court in Richmond is expected to determine by Friday whether Herring maintains a lead over Republican Mark D. Obenshain in the closest statewide race in modern Virginia history.

Another recount will take place Thursday and Friday in a House of Delegates race in Fairfax County. Democrat Jennifer Boysko trails Del. Thomas Davis Rust, R-Fairfax, by 54 votes out of about 21,000 cast.

Obenshain filed for a recount Nov. 27 after local and state officials had concluded canvassing. He argued that because of the tight race, “the need for accuracy and public confidence in the outcome” required such a measure.

But usually, recounts don’t change much, said Larry Sabato, head of the Center for Politics at the University of Virginia.

“A recount is an extension of the political wars after the election night armistice. The stakes are very high for both parties, plus the candidates, their staffs, and families are exhausted by the long campaign and now the overtime process,” Sabato said, adding that the recount has the potential “to get very nasty.”

Last week, voting equipment and memory cards that were locked in storage after the election were released by court order and tested for accuracy. The deadline for the test runs was Sunday for localities set to start counting this morning and today for those jurisdictions beginning with the recount Tuesday.

The equipment then was transported to the individual recount sites. “Most of these are courthouses, but local clerks are responsible for identifying the most suitable location,” said Don Palmer, secretary of the State Board of Elections.

During the tally, the machines will be staffed by recount teams made up of one Republican and one Democrat. Most of them are election officers or poll workers that have served on Election Day. “They were identified by the political parties to represent them at the recount,” Palmer said.

Ballots will be counted from 7 a.m. until 8 p.m. today through Wednesday. The recount officials will retabulate paper- or paper-based ballots through optical scanners and not only check regular votes, but also flag write-ins, overvotes and undervotes.

An undervote would be one in which a selection was made in at least one race but not others. Overvotes include ballots in which two candidates were originally marked for a race but one was crossed out. Obenshain hopes he might pick up ballots this way.

“If there is a ballot that needs to be hand-inspected, they will look at it to determine the voter intent,” Palmer said. If team members don’t agree, the ballot in question will be put in a separate envelope.

Alexandria will have nine and Chesapeake will have 15 recount teams because they will be counting ballots by hand.

Both candidates will also dispatch one observer to each recount site.

“Observers will be there to confirm that the recount officials conducting the count are following the proper procedures,” said Obenshain spokesman Paul Logan. “The recount statute mandates that they have a clear view of the proceedings. Their role is to ensure that the counts are accurate and that proper procedures are being followed.”

However, the court also ruled that observers may not launch challenges. “They are not going to be participants,” said Herring attorney Marc Elias. “That was an important rule because we don’t want partisan actors to become prime movers.”

Instead, observers may communicate with their campaign’s legal counsel or take their concerns to the two recount supervisors in charge of each locality. These supervisors also represent both parties and in most cases serve on local electoral boards.

When a recount site concludes its tally, members of the Virginia State Police will transport the ballots to the Richmond Circuit Court. Regular ballot counts will be canvassed by state election officials, who will set up inside. The challenged ballots will go to the third floor, where each will be inspected by the three recount judges who will make a final determination.

All ballots must be counted and submitted to the courthouse by 11:59 p.m. Wednesday.

The court is expected to conclude its canvass by Friday and pronounce the final election result that day.

Palmer said some changes in the results should be expected because of the high volume of ballots that are being recounted.

“We are talking about 2 million votes,” Palmer said. “It’s a very close race, and that’s why we are doing a recount.”

Elias said his team worked diligently to do its own recount last week, using all records available at the time. “We see nothing that would cast any doubt on election results and we remain confident that the outcome of this process will reconfirm what we already know — that Mark Herring will be the next attorney general,” he said.

After the recount in the 2005 attorney general race, -Republican Bob McDonnell gained 37 votes, building his edge over Democrat R. Creigh Deeds from 323 votes to 360.

But the law has since changed, requiring all optical scan ballots to be retabulated in a recount.

If the final tally does not sway the results his way, Obenshain could ask a joint session of the General Assembly, dominated by Republicans, to reverse the election results through a rarely used provision in state law called a contest.

“I’ll be surprised if it gets that far. Unless the recount process uncovers serious mistakes and real abuses that indisputably bring the result into question, I doubt Republicans will choose to go down this path,” Sabato said.

“Let’s see what the recount produces in terms of vote changes. It could all be over before Christmas — and the nightmare scenario will probably never unfold.”

More than six hours into the first day of the recount in the state's tight attorney general race, Democrat Mark R. Herring, the certified winn…