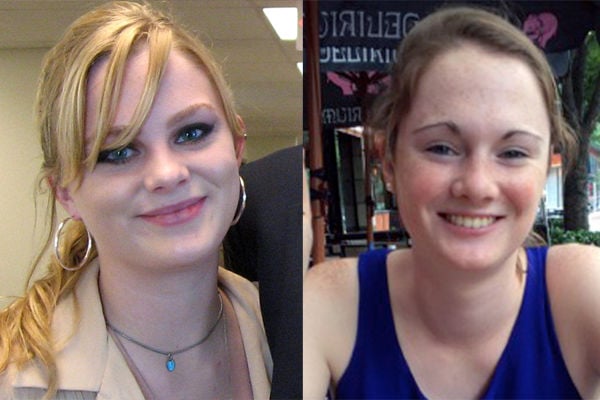 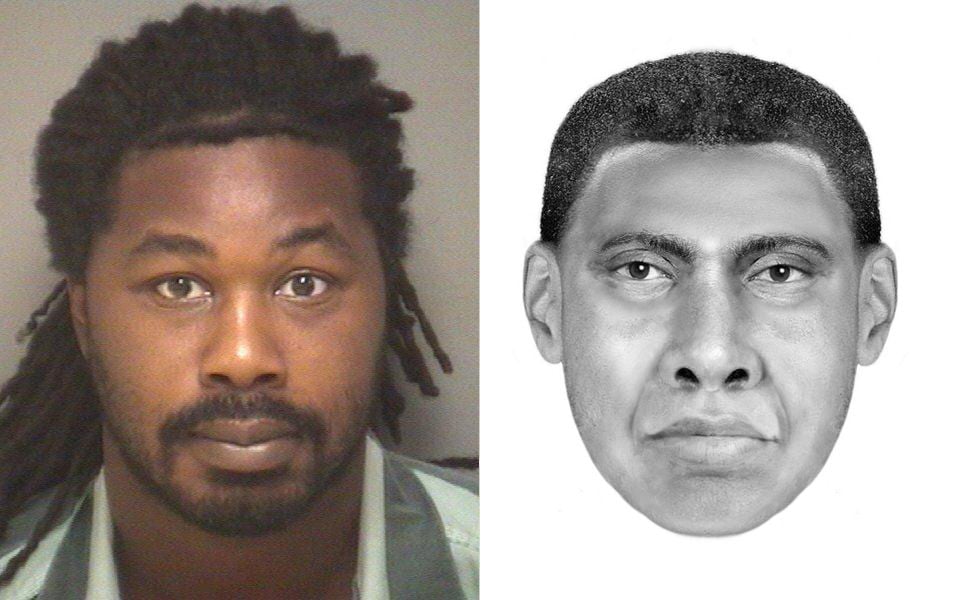 Jesse Leroy Matthew, Jr. in his police booking mug and the composite sketch of the suspect in the Morgan Harrington death investigation. 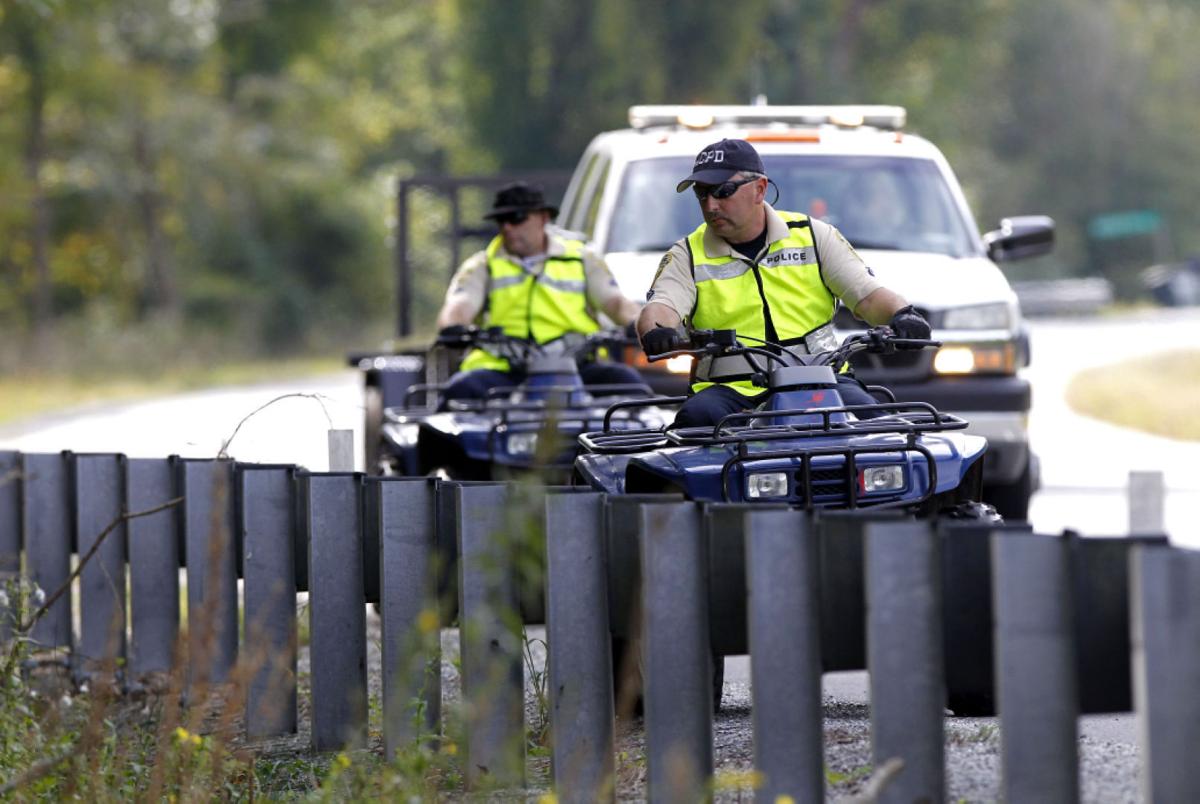 Jesse Leroy Matthew, Jr. in his police booking mug and the composite sketch of the suspect in the Morgan Harrington death investigation.

DNA evidence links the suspect in the disappearance of University of Virginia student Hannah Graham to a Virginia Tech student who disappeared in Charlottesville nearly five years ago, according to a law enforcement source.

The Virginia State Police said Monday that the arrest of Jesse L. Matthew Jr., in the Graham case provided an unspecified “significant break” in the investigation into the slaying of Morgan Harrington, 20, who disappeared after leaving a concert at John Paul Jones Arena on Oct. 17, 2009.

Authorities said in 2012 that DNA testing linked the Harrington case to an unsolved, 2005 sexual assault in the city of Fairfax. However, police there would not comment Monday on Matthew or any new evidence in the case, saying it was an ongoing investigation.

In a news release, Corinne Geller of the Virginia State Police said Monday that the arrest of Matthew, 32, of Albemarle County, provided “a new forensic link for state police investigators to pursue.”

“There is a still a great deal of work to be done in regards to this investigation and we appreciate the public’s patience as we move forward,” she said.

Geller declined to comment beyond her statement, but a law enforcement source with knowledge of the investigation confirmed to The Times-Dispatch that there was a DNA match.

Matthew is to appear before a Charlottesville General District Court judge Thursday morning for a bond hearing. A city spokeswoman said the appearance will be by video link.

His lawyer could not be reached for comment Monday.

According to the FBI, DNA evidence linked the Harrington case to a 2005 sexual assault in Fairfax City.

The Harrington and Fairfax City attacks were connected through DNA after a forensic profile was submitted by the Virginia Department of Forensic Science to the FBI’s national DNA database. The search found that the suspect in the Harrington murder investigation matched the DNA profile of the attacker in Fairfax City.

The FBI said in 2012 that on the evening of Sept. 24, 2005, a 26-year-old woman was walking home from a grocery store when a man grabbed her from behind. He carried her to a grassy area behind a maintenance shed, where he sexually assaulted her. He was last seen running from the area.

The man was described as black, with black hair and facial hair at the time of the attack. He was believed to be approximately 6 feet tall and between the ages of 25 and 35.

At the time, the FBI also issued this comment with the release of the match with the Fairfax City assault:

“People who know the suspect may not believe that he is capable of committing these crimes. He may not necessarily have a violent criminal history. Because investigators are in possession of DNA evidence that can either positively link the suspect to his crimes or exclude innocent parties, citizens should not hesitate to provide information, even if it is just the name of a potential suspect.”

“We are following up on all new information we receive and are working with the Office of the Commonwealth’s Attorney and the Virginia State Police as we continue this active investigation,” she said.

Graham has been missing since early Sept. 13. Police said she was last seen on the Downtown Mall in Charlottesville with Matthew, who has been charged with abduction with intent to defile. He was arrested last week near Galveston, Texas, and returned Friday to Charlottesville.

Geller said in her news release that the “state police continues to dedicate the necessary resources to assist the Charlottesville Police Department through the course of its investigation and with their efforts to locate Hannah Graham.”

Dan Harrington, Morgan Harrington’s father, said the family is “relieved that justice for Morgan may be coming,” according to The Roanoke Times. He declined to elaborate on what the Harringtons have been told by police, but added: “I think the focus needs to be on trying to find Hannah Graham.”

Charlottesville police are aware of a sexual assault allegation made against Matthew while he was a student at Liberty University and a member of its football team.

Matthew was a student and football player at Liberty University and left the school in 2002. School officials declined to say why he left but acknowledged a sexual assault report was filed on Oct. 17, 2002 at 4:26 a.m.

University officials said Matthew played on the football team during the 2000 season as a red shirt freshman and the 2001 and 2002 seasons.

Lynchburg Commonwealth’s Attorney Michael R. Doucette said Monday that because Matthew was not arrested, there was no booking process during which DNA would have been collected.

Also, because the issue was consent, there would be no evidentiary reason to collect DNA as part of the investigation, he said.

After leaving Liberty, Matthew attended Christopher Newport University but remained there for less than 10 months — from January 2003 through Oct. 15, 2003.

A school spokesman said the university is cooperating with law-enforcement agencies but was not immediately able to say why Matthew left and whether he had been disciplined in any way.

Newport News Police said Monday that Matthew’s name does not appear in its reporting system.

Police there have never solved the disappearance of a 31-year-old black woman who was not seen at her home after Sept. 7, 2003, within the time frame of Matthew’s attendance at CNU and five days before he ended his relationship with CNU’s football team. He had joined the team Aug. 14 that year.

The woman, Sophie May Rivera, has never been located, police said.

Oct. 17, 2009: Virginia Tech student Morgan Harrington, 20, disappears from a Metallica concert she was attending at the University of Virginia’s John Paul Jones Arena.

Jan. 26, 2010: Remains of Morgan Harrington found in hayfield in Albemarle County, about 10 miles from where she was last seen.

July 2010: Authorities announce that forensic evidence connects the death of Harrington to a 2005 abduction and sexual assault in Fairfax. The victim, a 26-year-old woman, told police she was walking home from a grocery store at 10 p.m. when she was dragged into a wooded area and attacked. She helped police with composite sketches that they release, saying they believe the man is linked to both crimes.

Sept. 20: Jesse Leroy Matthew Jr., 32, a U.Va. medical employee who had been identified as the last person seen with Hannah Graham, is briefly interviewed at the Charlottesville police department. He asks for a lawyer, then speeds off in a car with another person. Police issue warrants for his arrest on reckless driving charges.

Sept. 23: Matthew, who is still wanted, is charged with abduction with intent to defile in the Graham case.

Wednesday: Matthew is found in Galveston, Texas, and taken into custody.

Friday: Matthew is flown back to Charlottesville. He is held without bond pending an Oct. 2 court appearance.

Monday: Sources confirm that Matthew’s arrest has provided a “significant break” in the Harrington case, and that DNA in that case has been linked to Matthew.

'No indication' of Matthew link to Newport News case, but investigation continues

Newport News Police made the statement Tuesday after being asked about the case of Sophie May Rivera, 31, who vanished after being last seen at her home Sept. 7, 2003.