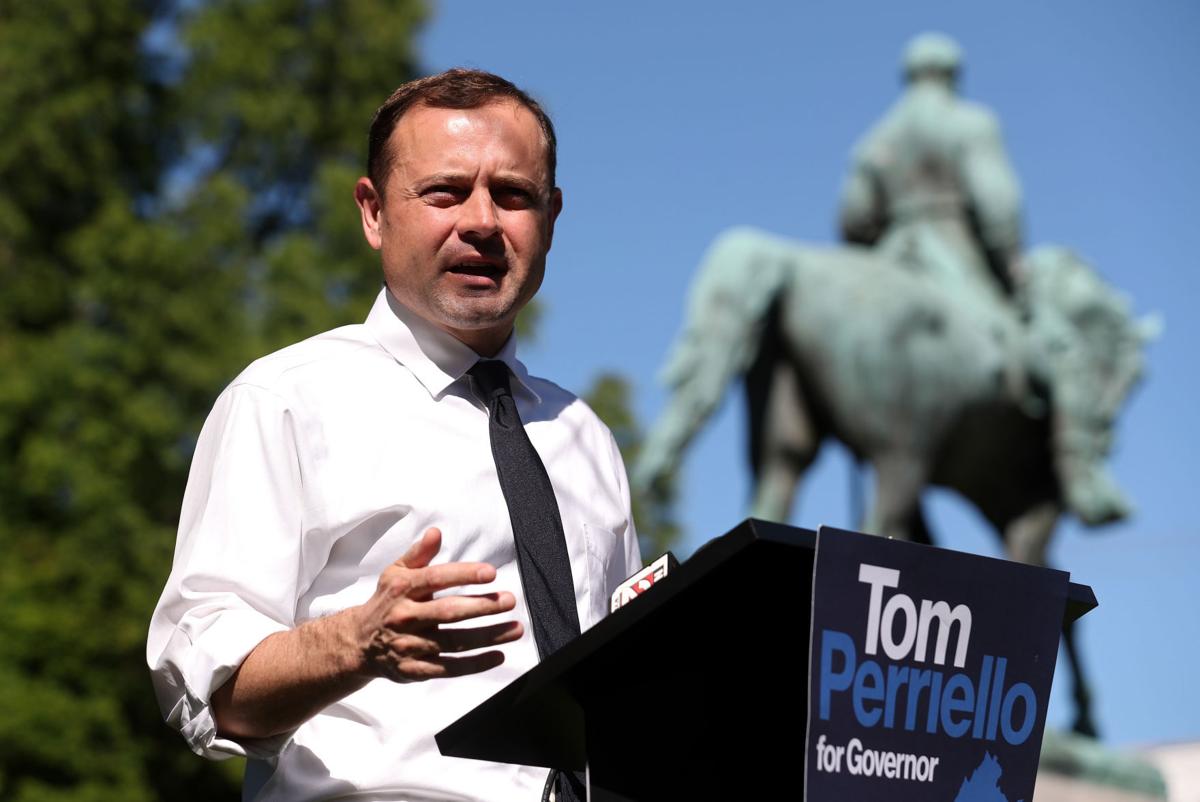 Democratic candidate for governor Tom Perriello speaks at the site of the Robert E. Lee statue at Lee Park in Charlottesville on Monday, May 15, 2017. Photo/Ryan M. Kelly 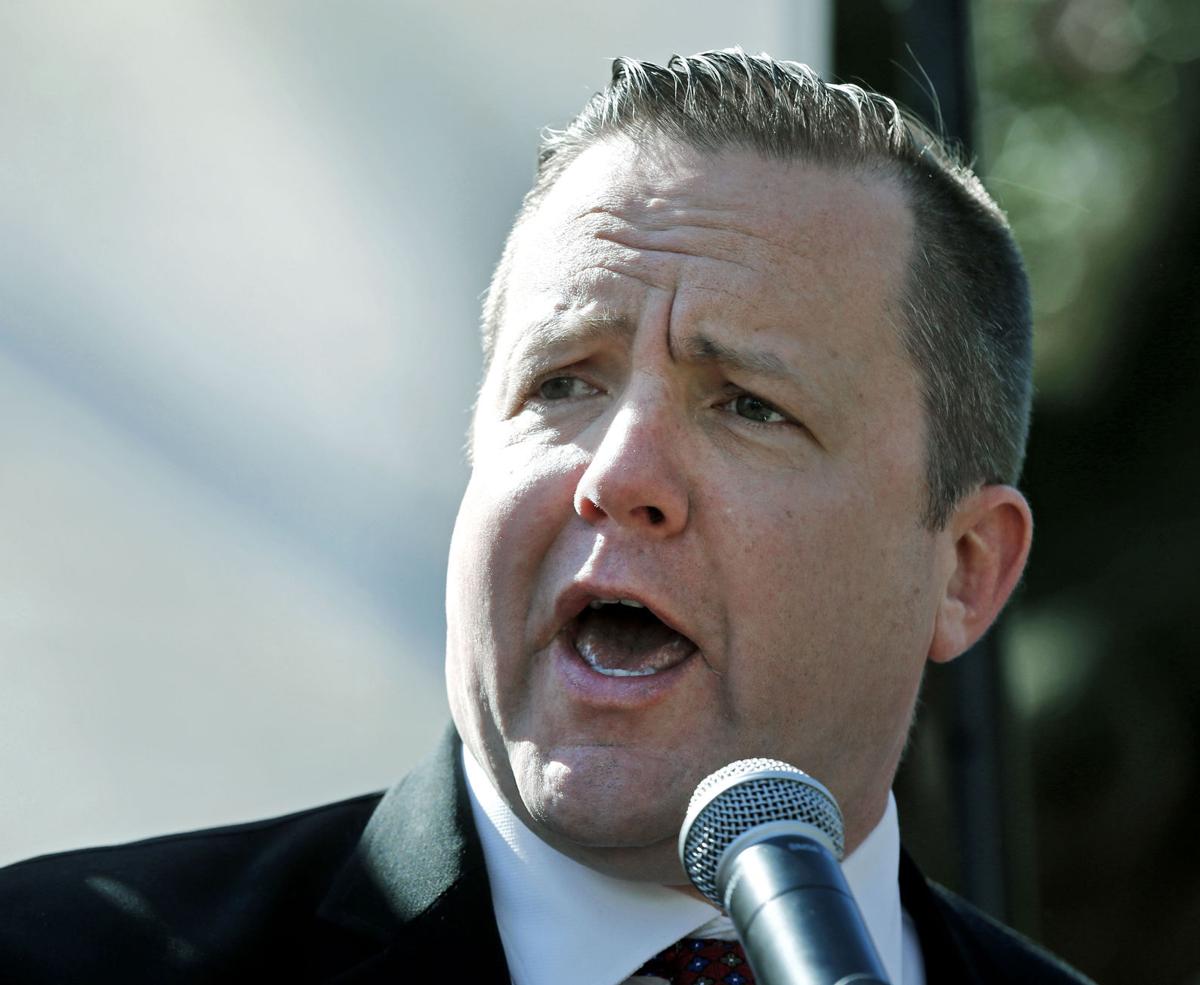 Anti-establishment Republican Corey Stewart denounced lots of people, places and things Monday night, but maintained his silence over the recent white nationalist rally in Charlottesville that every other candidate in Virginia’s governor’s race has condemned.

In a Facebook live event billed as Stewart’s first comment on Saturday’s torch-lit rally around a statue of Confederate Gen. Robert E. Lee, Stewart did not directly mention Richard Spencer or other “alt-right” figures involved in the white-pride event.

He did, however, condemn Charlottesville City Council member Wes Bellamy, an African-American who voted for the statue’s pending removal.

“I denounce bigotry and bigots like Charlottesville City Councilman Wes Bellamy who foment racial hatred,” Stewart said, apparently in reference to anti-white tweets Bellamy has apologized for. “And I denounce hypocrites like Ralph Northam and Tom Perriello who refuse to acknowledge the long history of racism in the Democratic Party.”

Stewart, chairman of the Prince William Board of County Supervisors, has made preserving the Lee statue, and Confederate history in general, a key part of his campaign platform. He has vowed to force Charlottesville to keep the statue in place as governor and has displayed Confederate flags in some campaign appearances.

Stewart’s announcement drew added attention earlier Monday as rumors swirled that he would drop out of the race, but he indicated he’ll press on to the June 13 primary.

While the four other candidates in the gubernatorial field wasted little time Sunday condemning the display in Charlottesville, Stewart did not comment, saying on Twitter, “Only a jerk would talk politics on Mother’s Day.”

Stewart’s refusal to disavow the white nationalist event directly puts him at odds with Republican Party of Virginia Chairman John Whitbeck and U.S. Rep. Tom Garrett, R-5th, who said the message of the rally in his district “should be rejected by all of us.”

Gillespie, a former Republican National Committee chairman and front-runner to win the GOP gubernatorial nomination, said Monday that the bipartisan condemnations were a positive sign, adding, “It would be a good thing if all of the candidates would do that.” State Sen. Frank W. Wagner, R-Virginia Beach, called the rally attendees “racists.”

Perriello and Northam, who are seeking the Democratic nomination, both condemned the rally.

Perriello, a Charlottesville native, continued to focus on the rally fallout Monday, holding a news conference near the Lee statue to call for ending a state holiday honoring Lee and Confederate Lt. Gen. Thomas J. “Stonewall” Jackson. He also called for the establishment of a state commission on “racial healing.”

Scrapping the holiday, marked in January on the Friday preceding Martin Luther King Jr. Day, would require General Assembly action. The legislature is currently controlled by Republicans and is expected to stay that way after House of Delegates elections this year. A Democratic-sponsored bill that would have ended the holiday and designated Election Day a state holiday failed in committee in 2016.

Perriello described his proposed commission as “one that could bring communities together honestly to talk both about how we see our history and how we see our present.”

The state’s Dr. Martin Luther King Jr. Memorial Commission, created in 1992, fills a similar function. The commission is planning a new monument to the Emancipation Proclamation that will be placed on Richmond’s Brown’s Island.