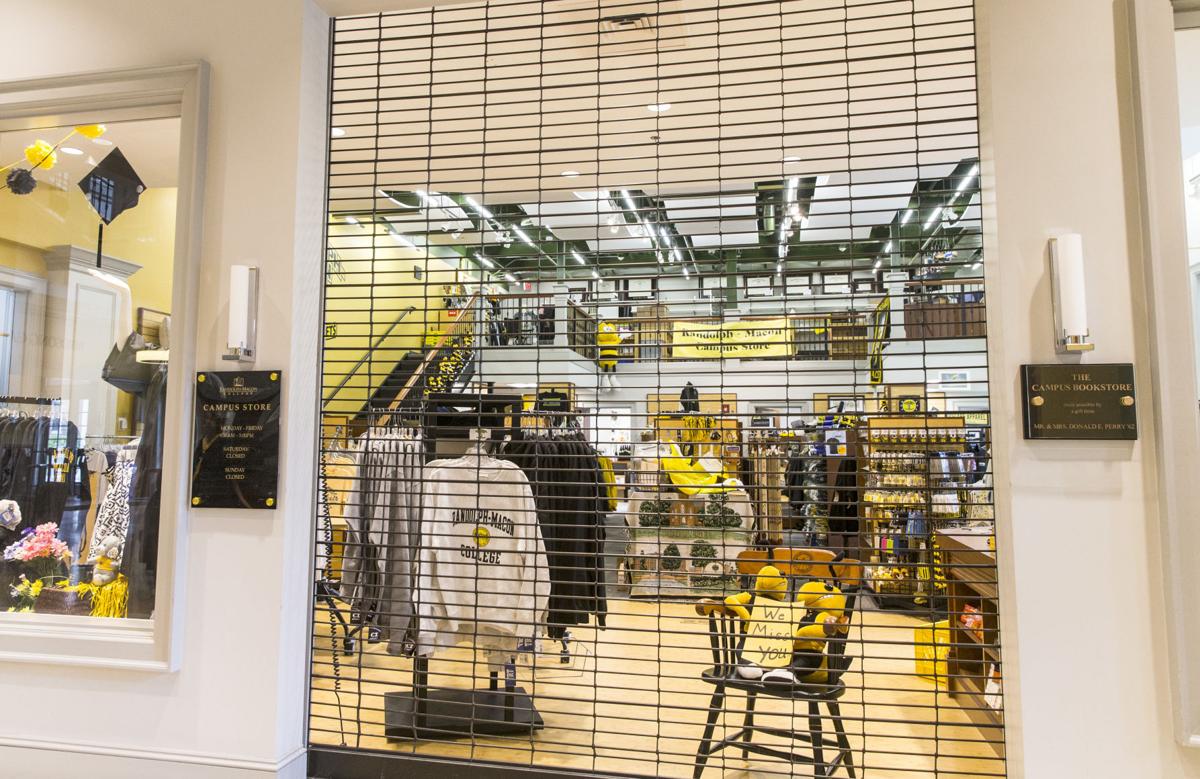 Randolph-Macon College is facing a $3.5 million hole in its budget as a result of paying out prorated refunds for students’ room and board. 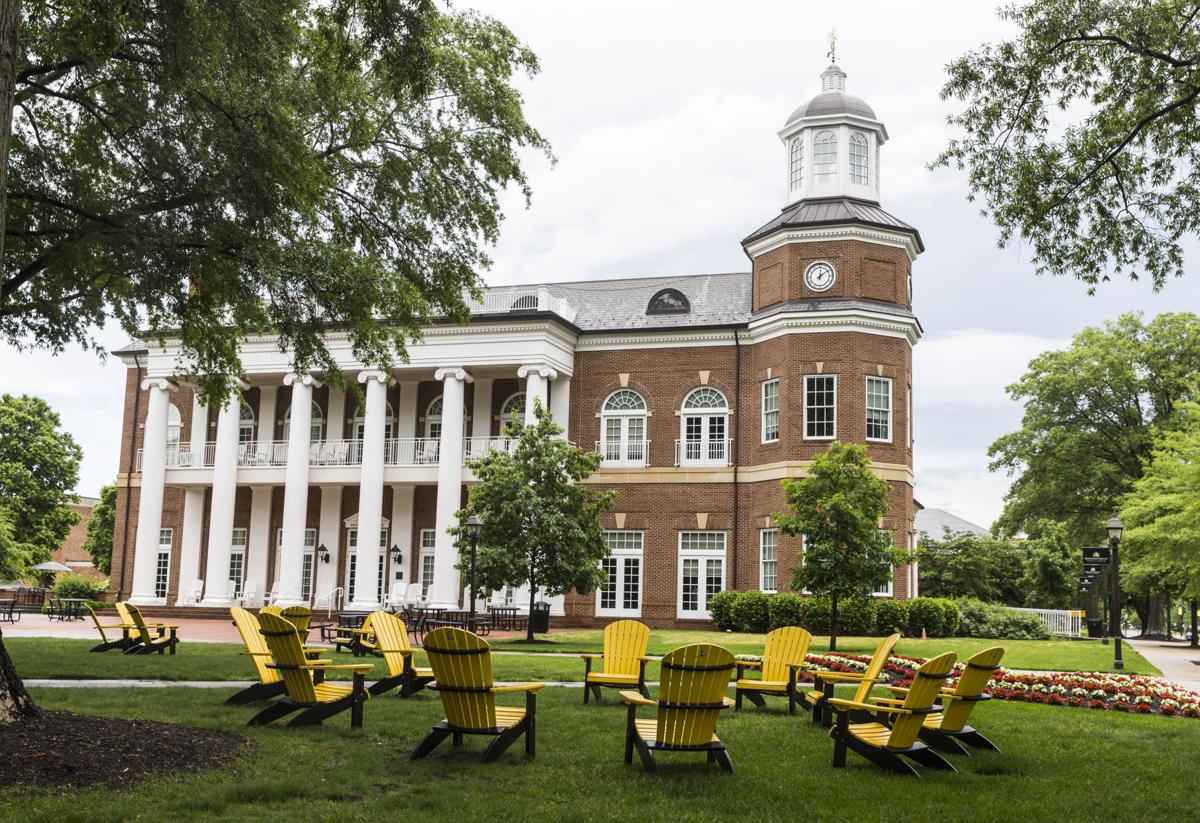 Randolph-Macon College student center is seen in Ashland on Thursday, May 28, 2020. 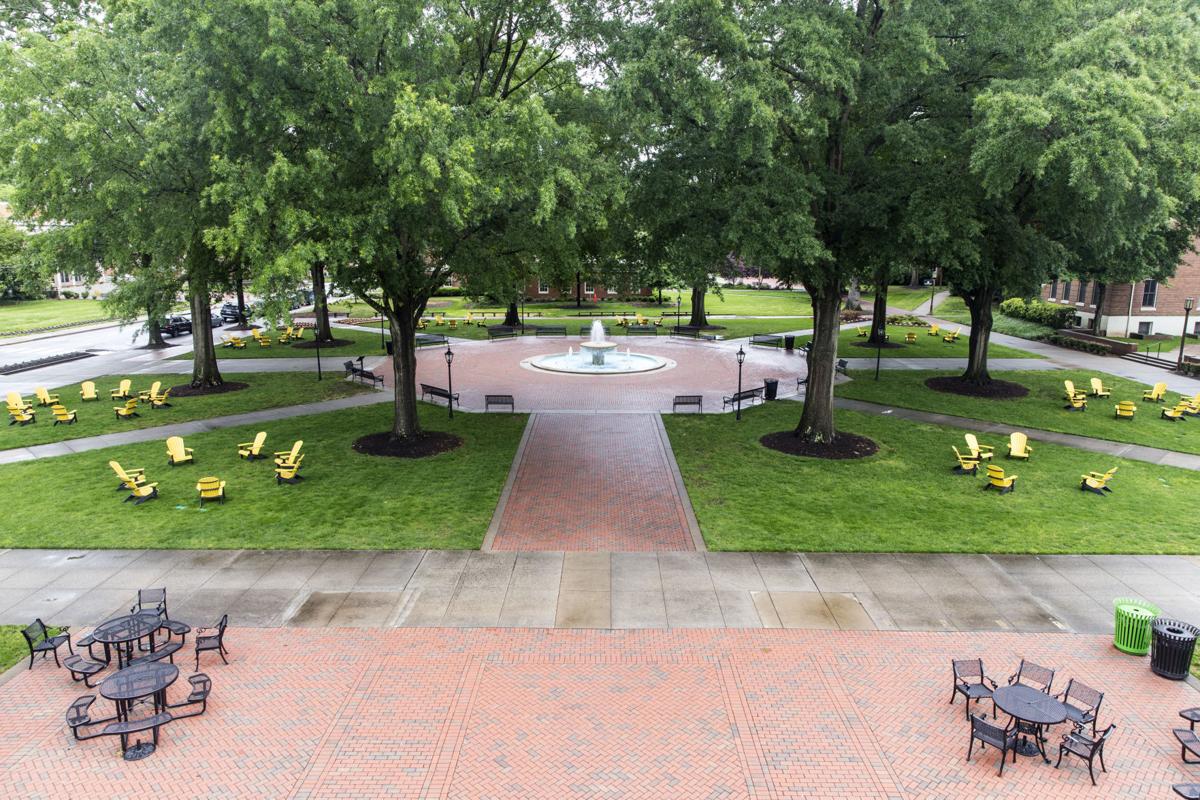 Randolph-Macon College campus is seen in Ashland on Thursday, May 28, 2020. 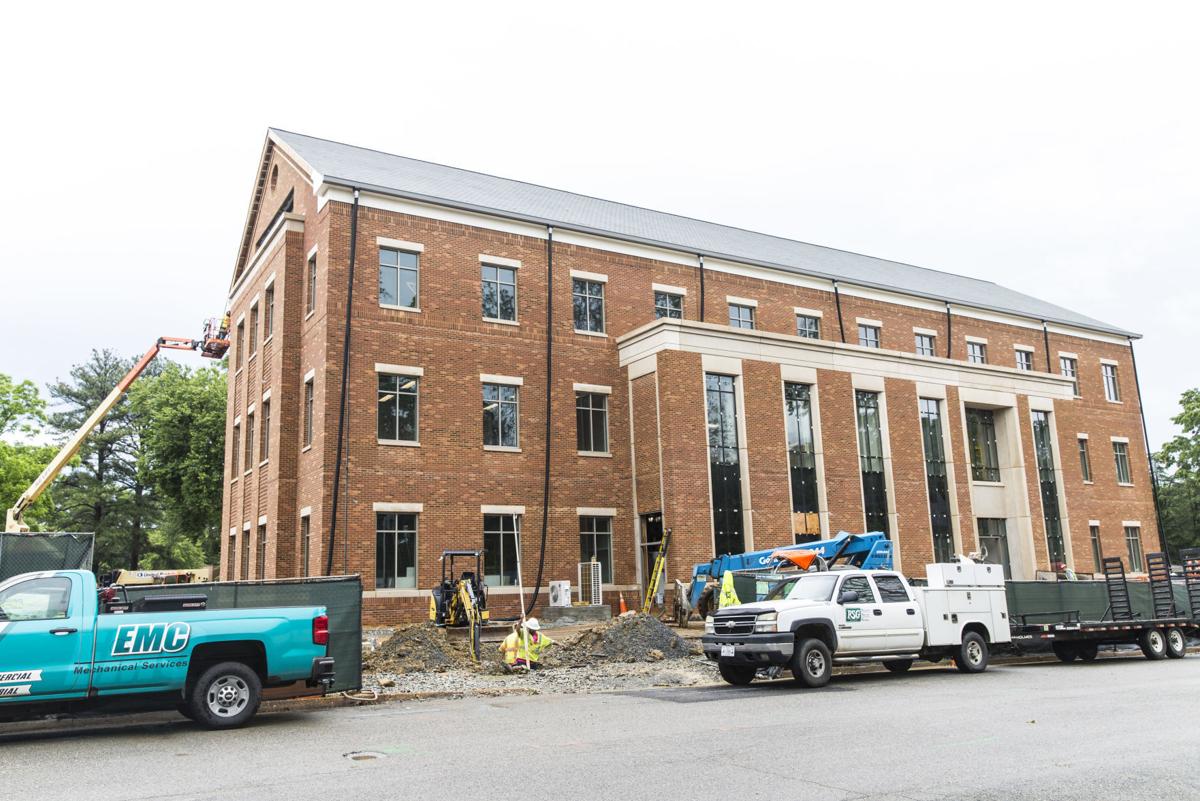 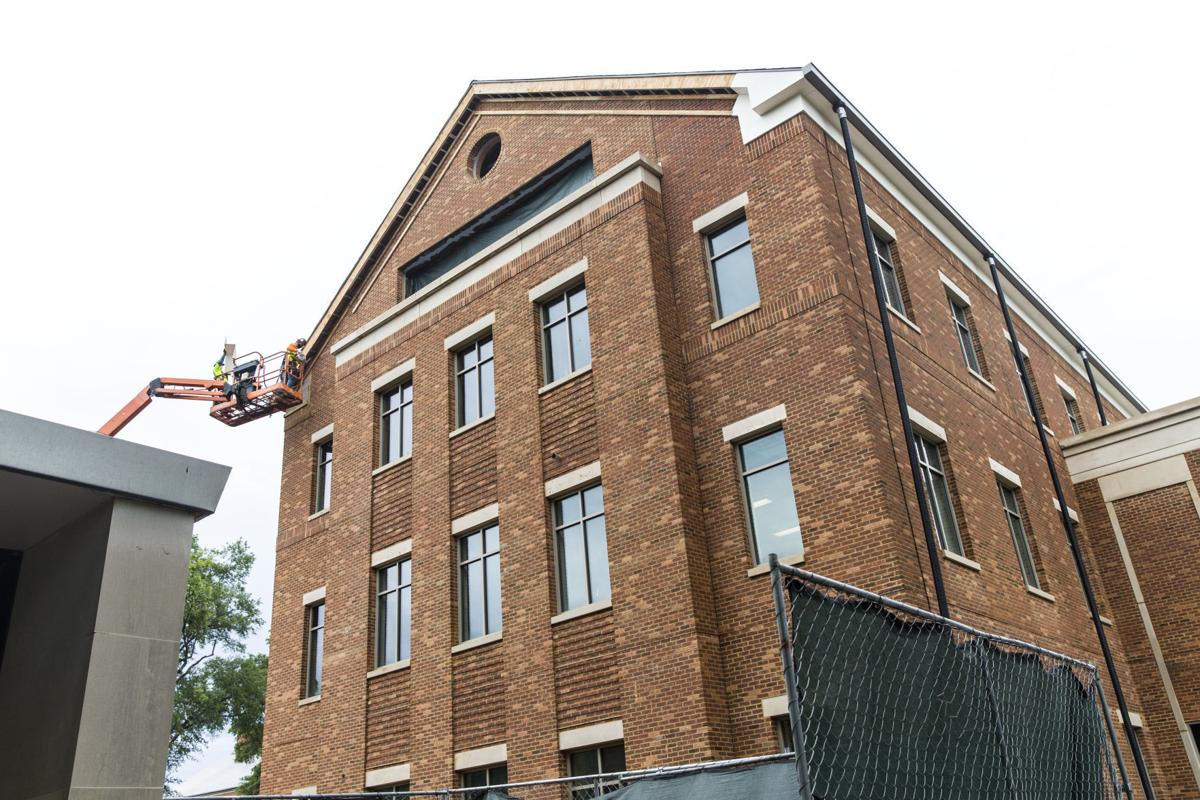 Randolph-Macon College is facing a $3.5 million hole in its budget as a result of paying out prorated refunds for students’ room and board.

Randolph-Macon College student center is seen in Ashland on Thursday, May 28, 2020.

Randolph-Macon College campus is seen in Ashland on Thursday, May 28, 2020.

As colleges across Virginia face the economic impact of COVID-19, giving refunds to students and losing the revenue normally associated with a full campus, one class of institutions is especially facing the brunt of the pandemic: private, liberal arts schools.

The colleges rely on an intimate setting with small class sizes that accompany an enrollment a fraction the size of many public schools. Every higher education institution has taken a hit from the virus and the switch to virtual learning, but for these schools, many of which were already operating on thin margins, it’s left a growing uncertainty of what the cozy nature of campus will feel like when students are able to return.

At Randolph-Macon in Ashland, prorated refunds for room and board created a roughly $3.5 million hole in the college’s budget. Its endowment, worth roughly $156.7 million, according to the college’s most recent annual report, is down about 20%.

“Our financial picture is dependent to a certain degree on room and board revenue,” Lindgren said, adding that the college furloughed roughly 80 employees. “That was a significant hit.”

The school has tapped into reserves to cover the losses and has also relied on alumni giving, of which it has one of the best percentages in the U.S., but Lindgren worries about how long that can support the budget.

“We can’t sustain that long term if we don’t get students back in the kind of numbers that make it work for us,” Lindgren said.

Randolph-Macon is not alone in feeling the economic pressure of the pandemic.

Washington & Lee University President Will Dudley, who runs a university with the second-largest private school endowment in the state, according to Virginia Business, said the school is anticipating a drop in income from its endowment because of the stock market’s decline, but added that a reserve fund “will help us weather this crisis.”

Schools across the state are feeling the effects, said Robert Lambeth, president of the Council of Independent Colleges in Virginia.

“We’ve never seen anything like this,” he said. “No question it’s a financial hit — unprecedented in its levels — but we’re doing everything we can to deal with it. It’s a setback for our colleges and, I assume, for most public colleges. It’s tough. The federal assistance has been helpful, but it’s just a very small percentage of the costs that we’re experiencing so we’re hopeful there will be some more assistance forthcoming.”

Virginia colleges, public and private, already have received more than $300 million as part of the Coronavirus Aid, Relief and Economic Security (CARES) Act, with half of the money required to go to students. Some members of Virginia’s congressional delegation, led by Rep. Donald McEachin, D-4th, have called for $47 billion more in emergency funding to help colleges offset the financial impact of the virus.

Both categories are struggling financially because of the pandemic and face rising uncertainty about enrollment in the fall. While many colleges have announced plans to reopen in the fall, albeit with modified schedules and practices, that decision will ultimately rest on Gov. Ralph Northam, who ordered virtual learning in the early stages of the state’s response.

Northam said Thursday that he expects to make an announcement Tuesday about when students can return to school. It’s unclear if that announcement will be solely for K-12 or if it will also include higher education.

While the schools have smaller endowments and fewer students, their close-knit nature helped with the switch to online learning, eight presidents said in interviews.

“It’s in our DNA — the mentoring and the strong personal relationships — so to have to turn all that upside down and do it virtually, that wasn’t easy, but I think so much of it was compounded because we do thrive on those one-on-one relationships,” said Averett College President Tiffany Franks. “We always pride ourselves on high levels of accessibility and that all-access pass, well, that access continued and one could say it probably even increased.”

At Randolph College in Lynchburg, for example, a theater professor prepared a video tutorial for students on how to tape themselves for an audition, a skill President Bradley Bateman said they might not have learned if not for having to learn remotely. A music professor recorded himself conducting from different angles so students could see it from where they sit. The students in turn recorded themselves playing their part from that angle for their final project.

“We’ve had lots of adaptations,” Bateman said. “There wasn’t one way of doing this and that’s reflective of what happens in the classroom anyway. It’s a very intimate experience between a professor and eight or 10 students in a class.”

How many students will be on campus in the fall remains to be seen.

SimpsonScarborough, a higher education research and marketing company, projected last month that four-year colleges across the country could have up to a 20% decline in fall enrollment, with some students unhappy with virtual learning and some incoming freshmen opting to take a gap year instead of enrolling as they normally would after their senior year of high school.

“Like many colleges and universities, we have found that the uncertainties surrounding the pandemic have caused many high school seniors and their parents to press pause on college decisions this spring,” said Hampden-Sydney President Larry Stimpert. “To support these students and families, we’ve added additional flexibility into our admission process. We are excited to welcome the many young men who have committed to attend Hampden-Sydney this fall, and we are continuing to engage with accepted students who are delaying their college decisions into the summer.”

Wilson Paine, the vice president of institutional advancement at Ferrum College, south of Roanoke, said the school is preparing for a smaller incoming class as more students opt to start college in the fall of 2021 “when things have settled down a bit,” among other reasons. Paine added that the college launched its first fully online graduate programs earlier this year and he hopes the programs “will help mitigate some of the drop in traditional undergraduate students.”

Emory & Henry College has offered drive-through campus tours, with the daughters of the school’s baseball coach guiding the tour. The college is also offering a free round of golf on the nine-hole campus golf course.

The Southwest Virginia school announced in April its plans for the fall semester, which could include two, seven-week back-to-back sessions, among other proposals being considered. President John Wells said the college is procuring face masks for students and plans on having temperature stations around campus.

“We want to maintain as much as close of the close, intimate setting that we can, but we’re going to have to really learn the social distancing,” he said. “It is a shift from the kind of very personal education that we do.”

As the college leaders weigh how to reopen, they’re also faced with the state’s limited testing capacity, which has crippled efforts to understand just how prevalent it is across Virginia. They do see the close-knit nature of their campuses as an advantage when it comes to contact tracing.

“Because we have always been small, it’s a lot easier to make sure that we keep track of our students, which then makes it easier for us to — at some personal level, and not just at a technological level — do the contact tracing and make sure we know where our students are,” said Sweet Briar College President Meredith Woo.

Woo said she’s expecting significant costs for next fiscal year when it comes to testing and implementing social distancing practices in classrooms.

Other presidents are expecting the same. “It’s going to be a new world,” said Bateman, the Randolph president.

With the uncertainty about finances, enrollment and reopening, the presidents said they’re relying on the relationships and close-knit community that a small college brings.

“We have never squeezed hundreds of students into lecture halls or overcrowded dorms,” said Ferrum President David Johns. “That’s not who we are.”