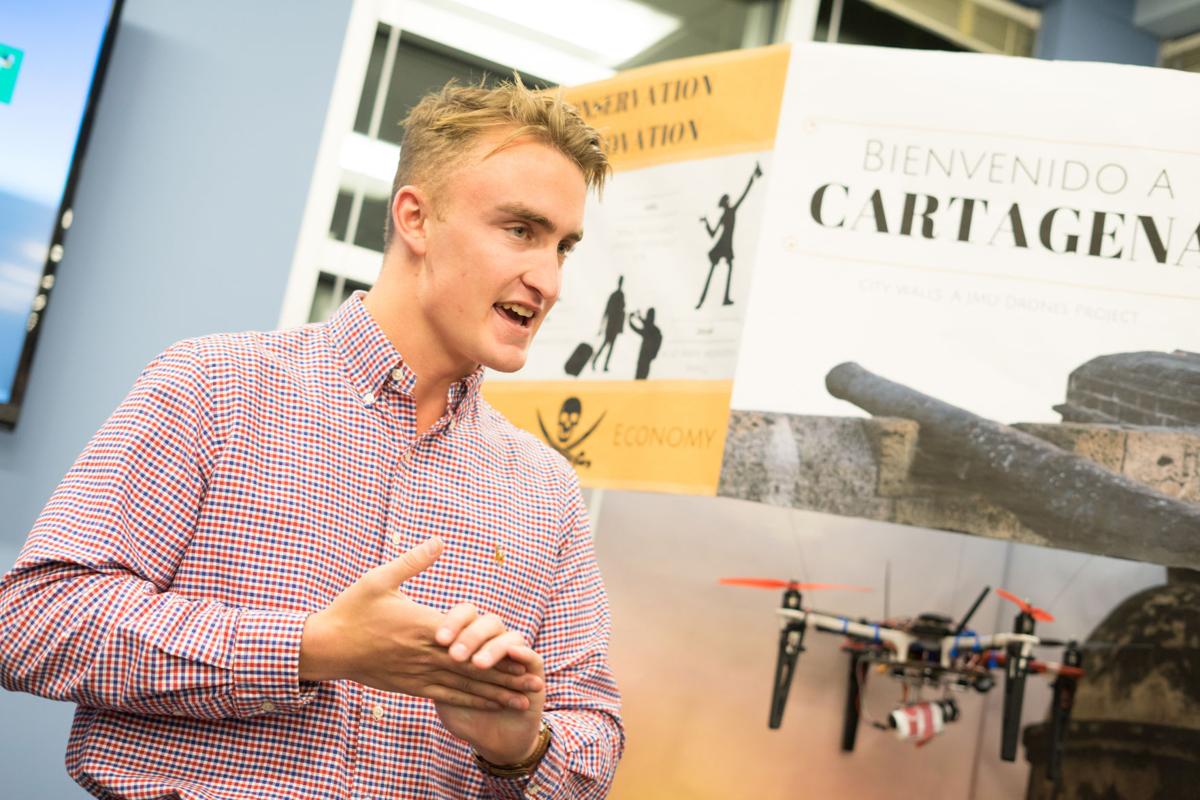 James Madison University senior Dustin Hux, who is from Chesterfield County, is part of the City Walls Team. 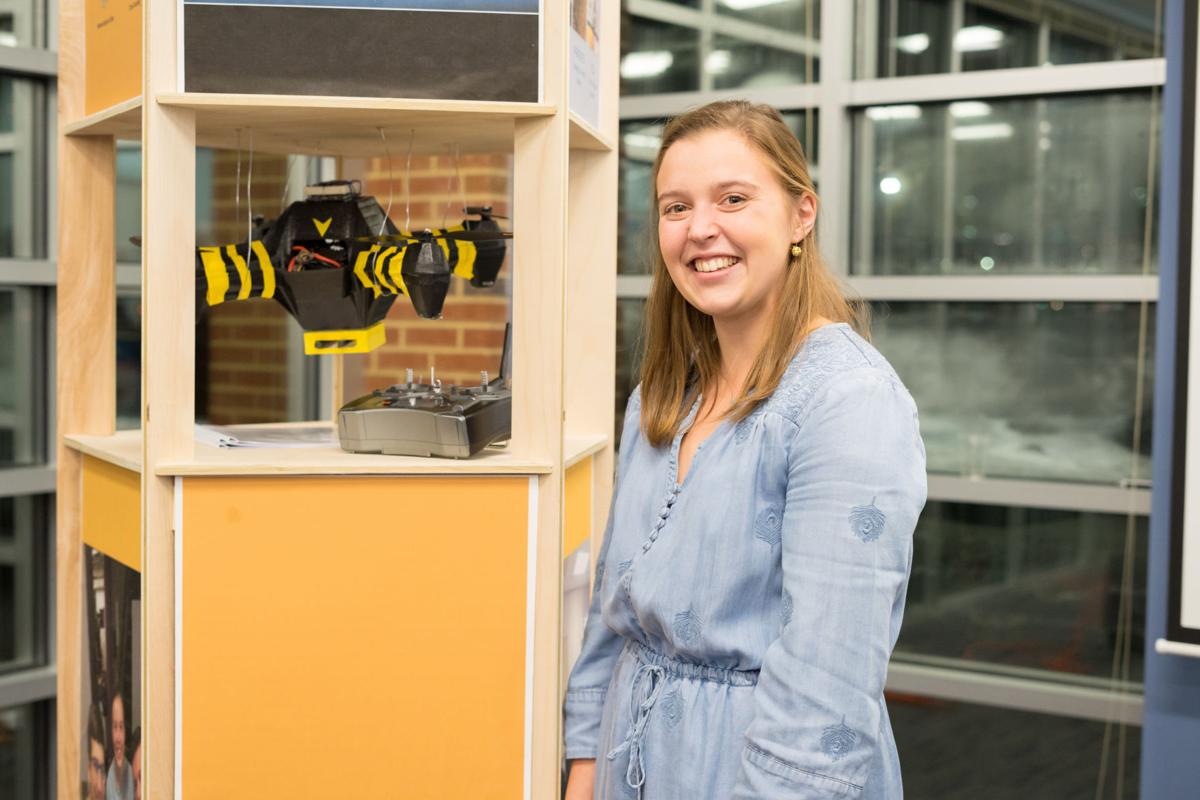 The team of Stephanie Lugbill, a JMU senior from Henrico County, is studying whether bees create microclimates.

James Madison University senior Dustin Hux, who is from Chesterfield County, is part of the City Walls Team.

The team of Stephanie Lugbill, a JMU senior from Henrico County, is studying whether bees create microclimates.

James Madison University senior Dustin Hux will head to Colombia in January to fly a drone — not for fun but for research.

Hux and his JMU teammates have equipped the drone to photograph a portion of the historic walls of Cartagena to create a 3-D model that will aid in a preservation study.

Stephanie Lugbill’s team spent the fall semester working on a drone with a different mission — to determine if bees create microclimates that might contribute to the spread of diseases that threaten them.

“I thought it was a cool idea using drones to help the environment,” said Lugbill, a senior from Henrico County.

The students’ work is part of the Virginia Drones Project, which has brought together eight cross-disciplinary teams from three universities to outfit drones to study a variety of global problems.

A team from George Mason University also is working on the plight of honeybees by tracking movement and temperature for data to predict colony collapse disorder.

The third team, also from JMU, is working on how drones can be used to detect and detonate land mines.

Four Old Dominion University teams are studying tidal flooding near their Norfolk campus; ways to improve response times for fire and sea rescue teams; and how to restore telecommunications for first responders in post-hurricane areas.

The drones project is sponsored by 4-VA, a statewide initiative that promotes collaboration among Virginia universities.

The teams attend the same class but from their respective campuses, linked in real time through videoconferencing technology.

Students are taught by faculty from each university with assistance from a group of Northern Virginia entrepreneurs who produce commercial drone technology.

The entrepreneurs use “telepresence robots, which are basically like iPads on wheels,” said Sean McCarthy, an assistant professor at JMU.

“They actually float around the room and interact with students on their projects in real time.”

The projects are designed to show students how to respond to global problems through applied, interdisciplinary learning experiences.

“It’s students and faculty researching together and collaborating together with community partners,” McCarthy said.

The professors represent a variety of disciplines, as do the students.

Lugbill writes a blog to describe the Bee Team’s work “in such a way that anyone can understand it,” she said.

The team has outfitted the drone with sensors to measure humidity, temperature and wind velocity near hives, she said, but not so close that the drone might harm the bees.

If the wind is slower, and temperature and humidity higher near the hives, “it’s more likely fungus will be created and spread airborne,” she said.

“Essentially what we’re trying to figure out is if bees do create microclimates, then there might be preventive measures that beekeepers can make that will help slow the spread of these diseases,” she said.

Lugbill said she did not know much about drones before she enrolled in the class.

“I just knew they’re remote-controlled and you can fly them,” she said.

But for Hux, his work on the City Walls Team is the capstone project for his robotics minor.

His team will help an engineering doctoral student at the University of Cartagena by creating the 3-D model “to show how weather has taken its toll on this wall,” he said.

The doctoral student will conduct further analysis to determine the porosity of the stone and the effect that acid rain and other climate factors have on the structural integrity of the wall, a UNESCO-protected site.

The team’s responsibility was to equip the drone to photograph the wall with as much detail as possible for the 3-D model.

Hux, who is from Chesterfield County, said the collaboration with his teammates made him realize the importance of working “with people who think differently from me.”

“All six of us are from different majors,” he said. “It’s really cool that so many great ideas were fostered from this group.”