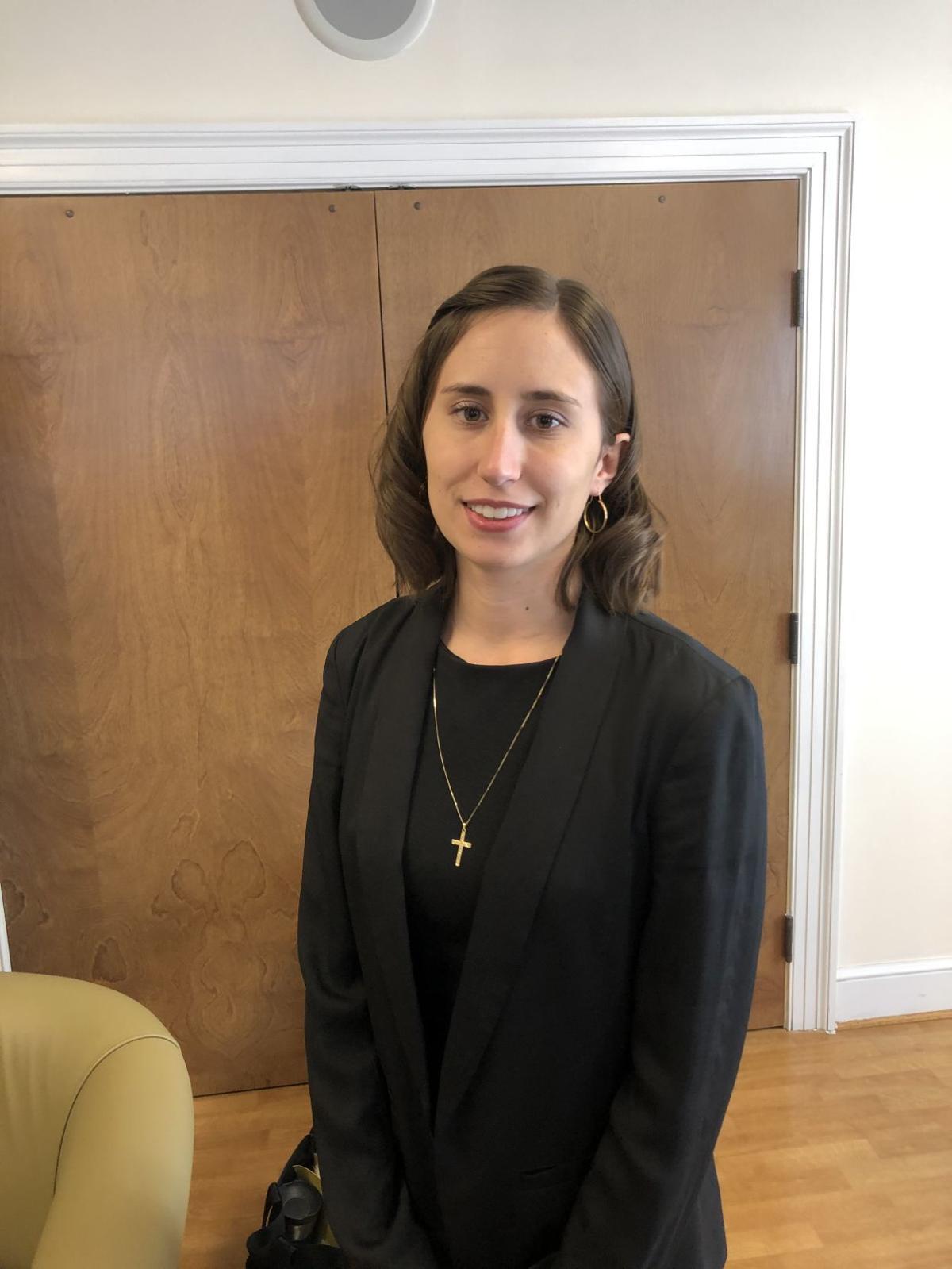 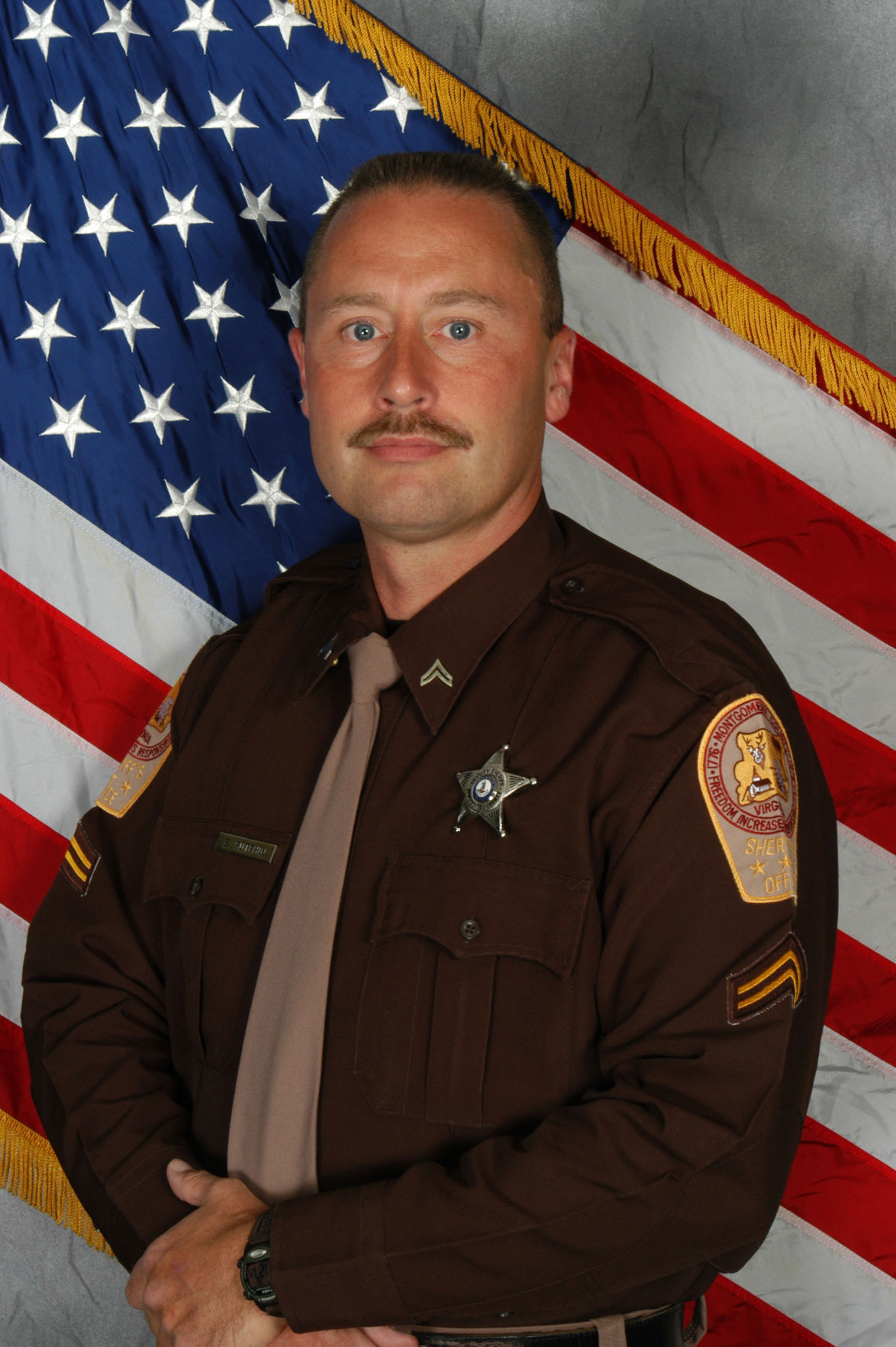 Cpl. Eric Sutphin of the Montgomery County Sheriff’s Office was killed in the line of duty on Aug. 21, 2006. Gunman William C. Morva was put to death in 2017. 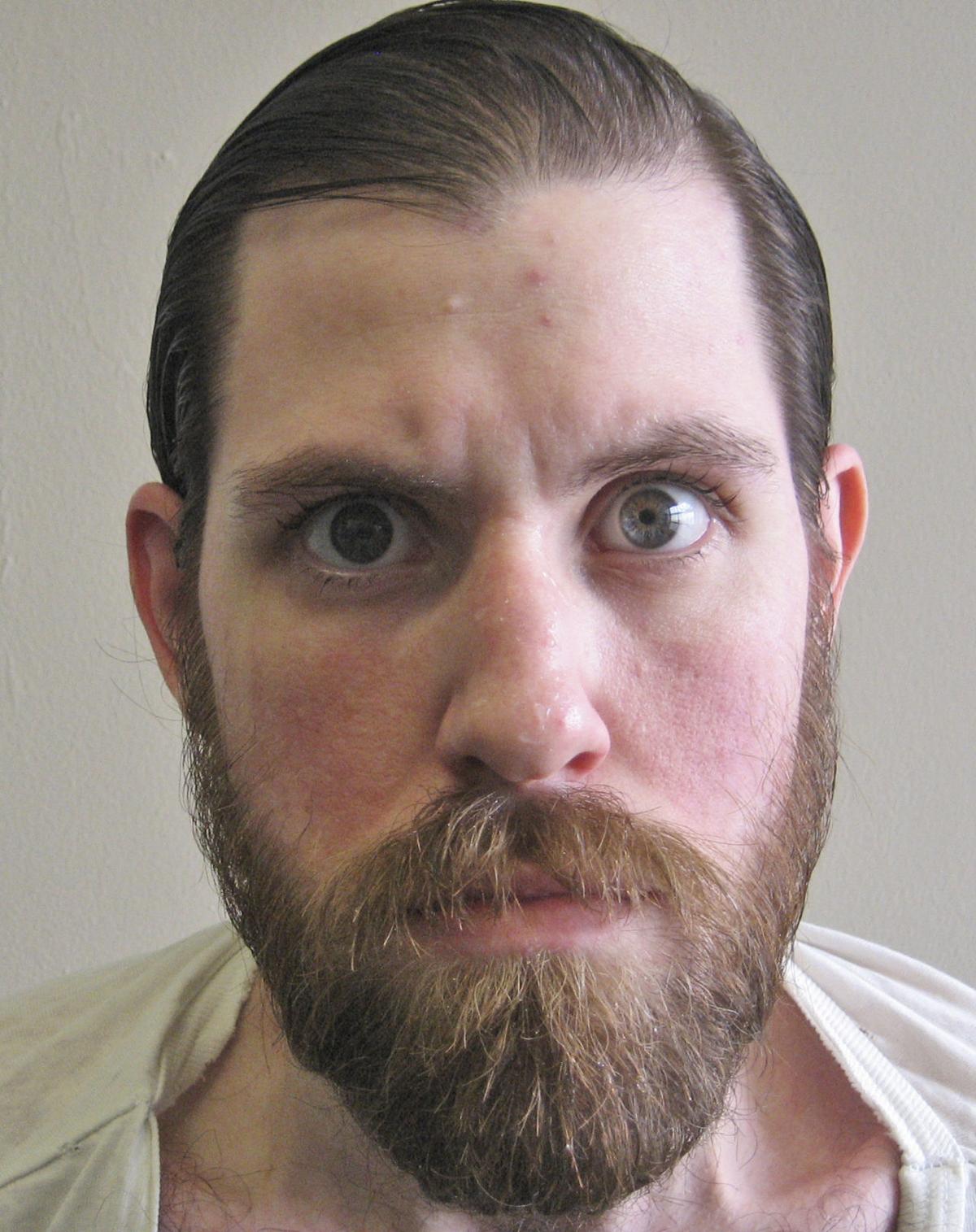 William Morva was executed on July 6, 2017 for the capital murders of an unarmed security guard and a deputy sheriff during an escape in Montgomery County in 2006.

“It is time for the death penalty to be abolished in order to better care for the victim’s family members, to better serve the public good and to protect human life,” said Rachel Sutphin, now a student at Columbia Theological Seminary.

Sutphin was 9 when her father was shot to death during a manhunt for Morva, who also fatally shot an unarmed hospital security guard while escaping custody. Morva was executed in 2017, the most recent person put to death in the state.

Sutphin spoke Thursday at an event arranged by Virginians For Alternatives to the Death Penalty. Michael Stone, the group’s executive director, said there are several potential sponsors in both chambers for an abolition bill in the upcoming General Assembly session.

He said it is unlikely such a bill would pass in its first year but has high hopes for eventual passage. He also said, “I don’t think abolition is going to happen unless it is bipartisan.”

Stone said Sutphin is one of 13 surviving family members of murder victims who have endorsed a sign-on letter asking the General Assembly to end the death penalty.

Capital punishment has come to a virtual halt in Virginia, which, with 113 executions since the U.S. Supreme Court allowed capital punishment to resume in 1976, is second only to Texas with 565.

No death sentence has been imposed in the state for more than eight years and there are only three people on Virginia’s death row, one of them with a sentence held to be flawed by a federal appeals court.

Stone said Thursday that given questions raised by federal courts in the two other cases, it is possible there will be no one on Virginia’s death row within a year. The state’s death row population once hovered around 60.

Shortly before Morva was executed, Sutphin said, her moral and religious beliefs led her to send a plea to then-Gov. Terry McAuliffe asking that Morva’s death sentence be commuted to life without parole. However, she said Thursday that she never received a response.

Her grandmother, the mother of Eric Sutphin, told The Roanoke Times shortly before Morva’s execution that she hoped it would be carried out, although she felt empathy for Morva’s family.

Rachel Sutphin said Thursday, “I have experienced the death penalty to be an ineffective, outdated punishment. Mr. Morva’s execution brought no solace to me, but instead it strengthened my resolve that the death penalty needs to be abolished.”

The most likely cause of death is a woman's choice to have an abortion.

I think they should speed up the process, no more 20yrs before delivering justice.

It might be of significant interest for the RTD to poll every child of every murder victim and publish the results. However the RTD could easily interview another family member of a murdered victim who strongly supports capital punishment. To pick any one child of a murdered victim and seemingly suggest their beliefs are reflective of all or most family members......or carries any special significance....... is absurd.

Ms. Sutphin was not "picked" by the RTD. She appeared at a public meeting. From the article:

"Sutphin spoke Thursday at an event arranged by Virginians For Alternatives to the Death Penalty. Michael Stone, the group's executive director, said there are several potential sponsors in both chambers for an abolition bill in the upcoming General Assembly session."

Greetings RJ. I may be wrong (and if so I apologize in advance); but I think you may have a misunderstanding of Mr. Davis’s very good point. I believe he is simply saying that the RTD “picked” her comments made at the gathering of death penalty opponents to highlight. And, possibly the paper could “pick” some commentary from others who may favor the death penalty who have been affected by a loved one being lost to a heinous murder. That’s my take on his post. Personally, I hope our death penalty remains an option. And, I would even add legislation that would mandate the death penalty for anyone (fully convicted, fully appealed, and absent proven insanity) who murders one of our brave first responders. Regarding the basic death penalty, there are murder cases so heinous that death is appropriate. You, myself, and our fellow taxpayers shouldn’t have to burden our prisons with housing, feeding, medicating, and any other needs/wants. Some vicious murderers just need to meet their “final judge”.

Thanks, Thomas, I was thinking the same thing. RJ got the whole point wrong about Hal's comment!

The most likely cause of death is a woman's choice to have an abortion.