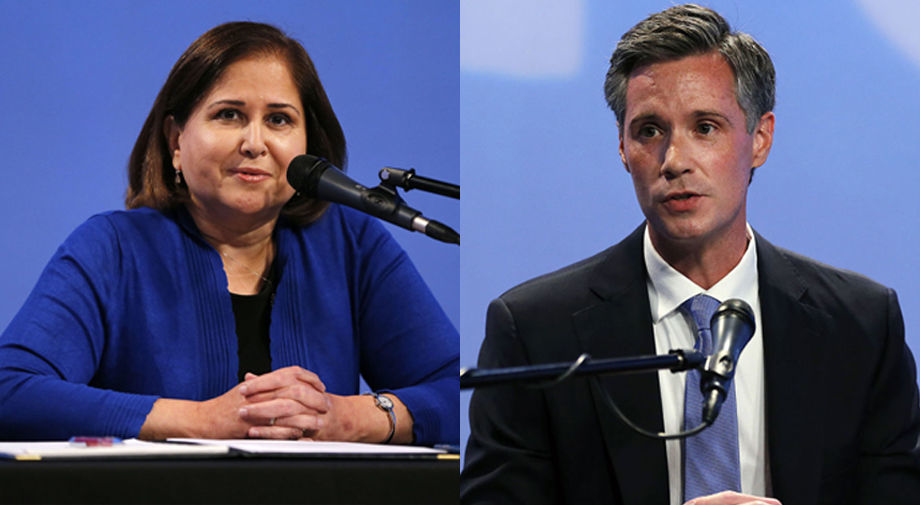 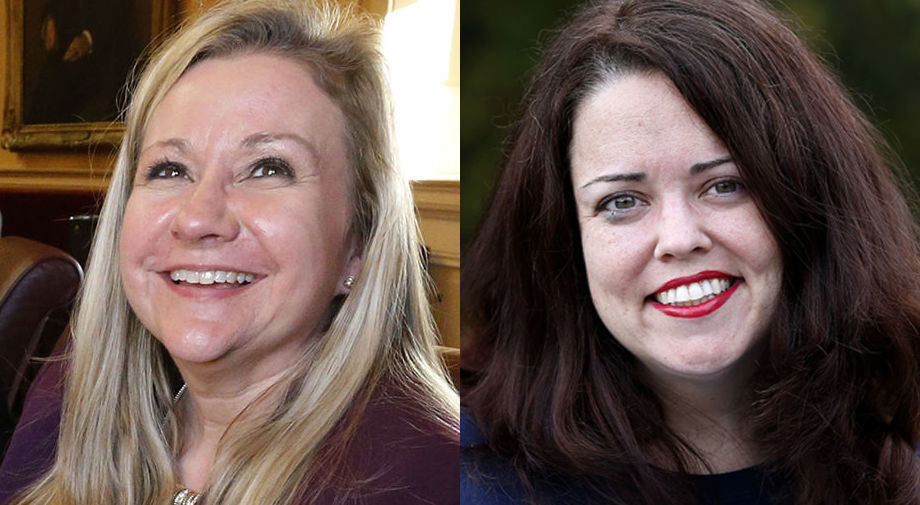 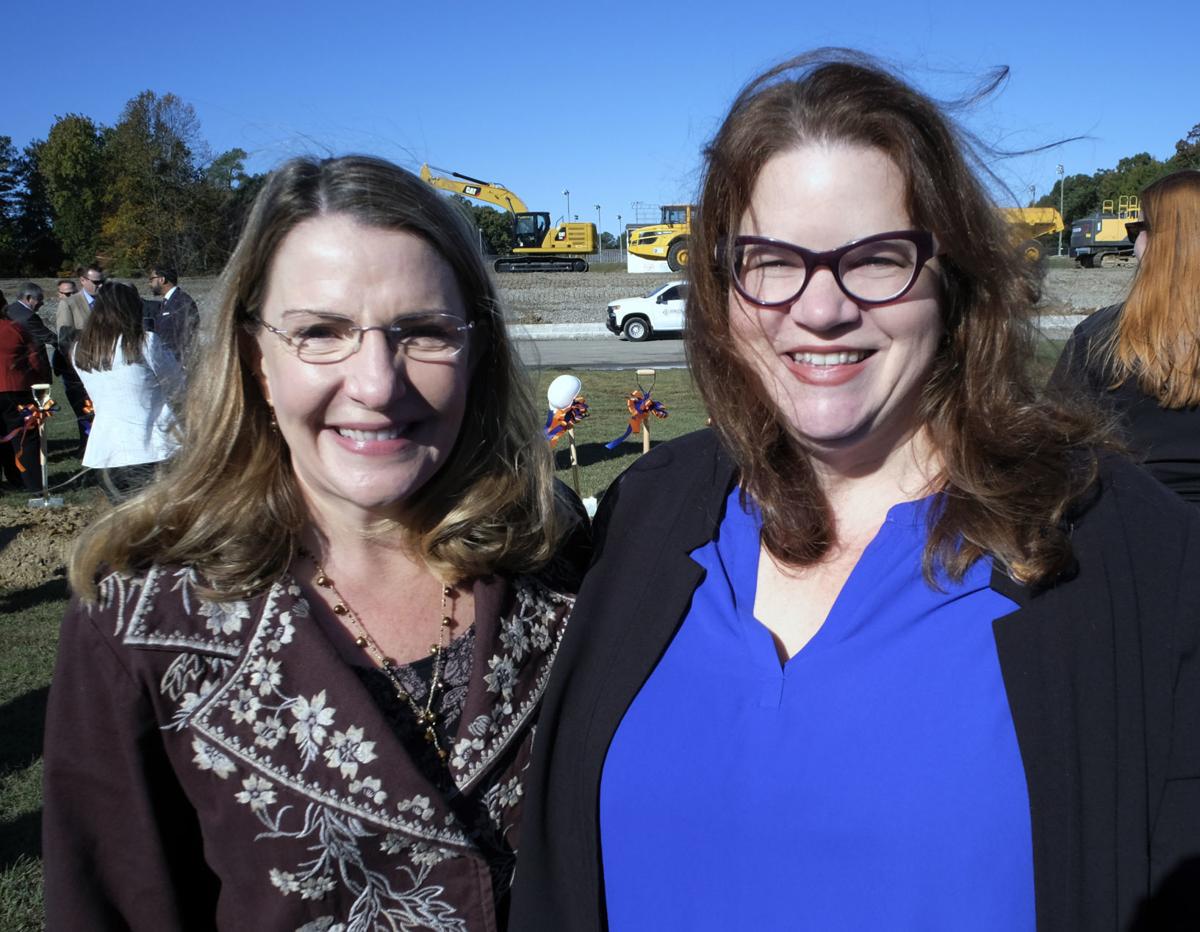 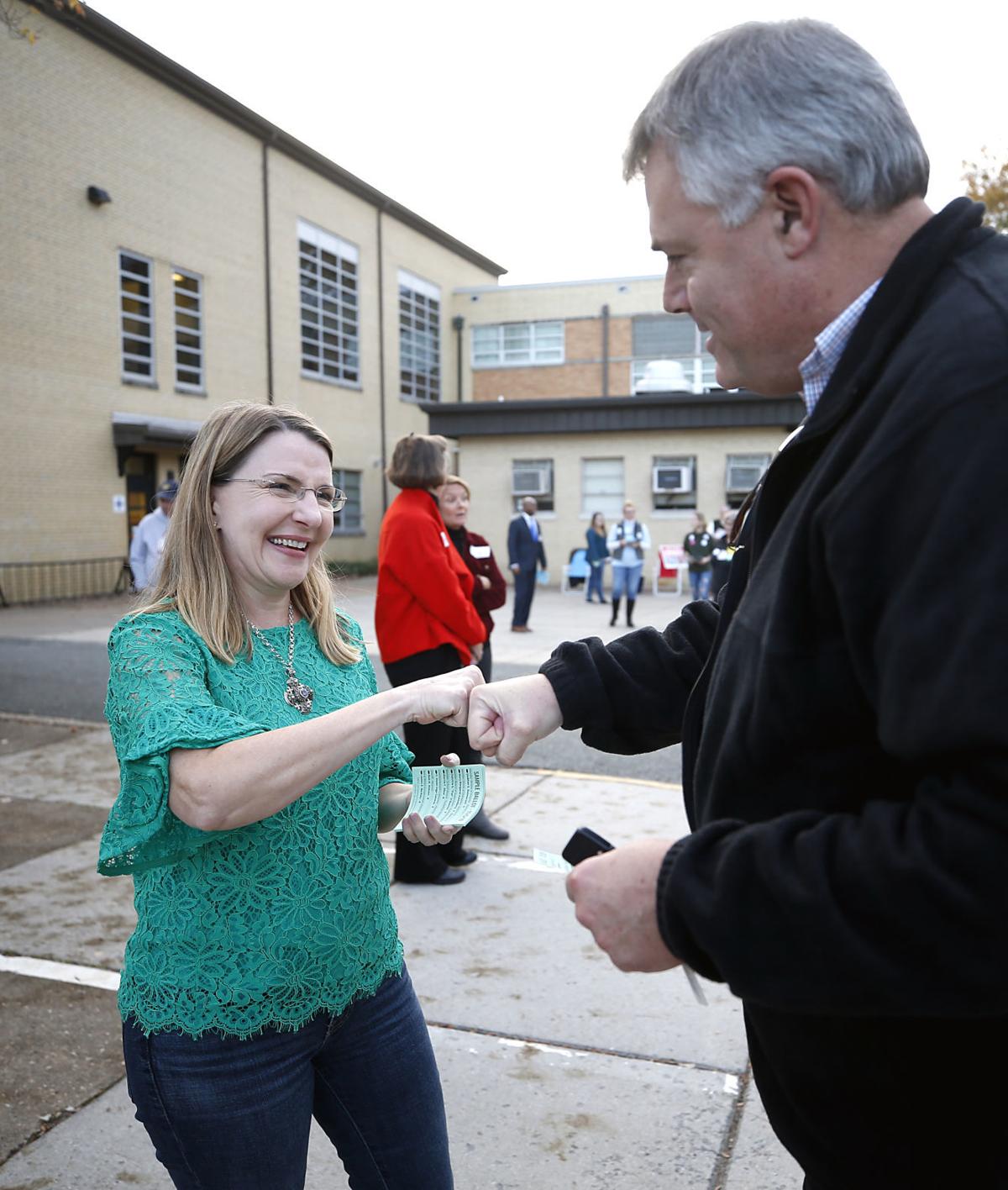 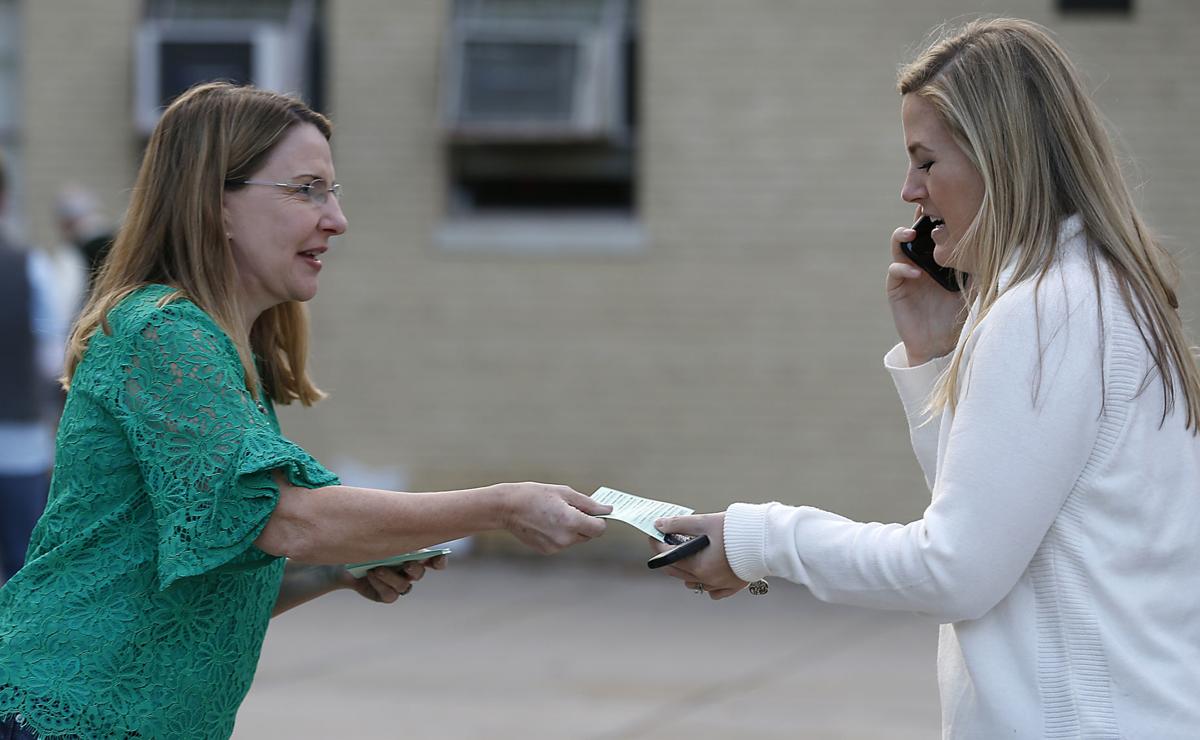 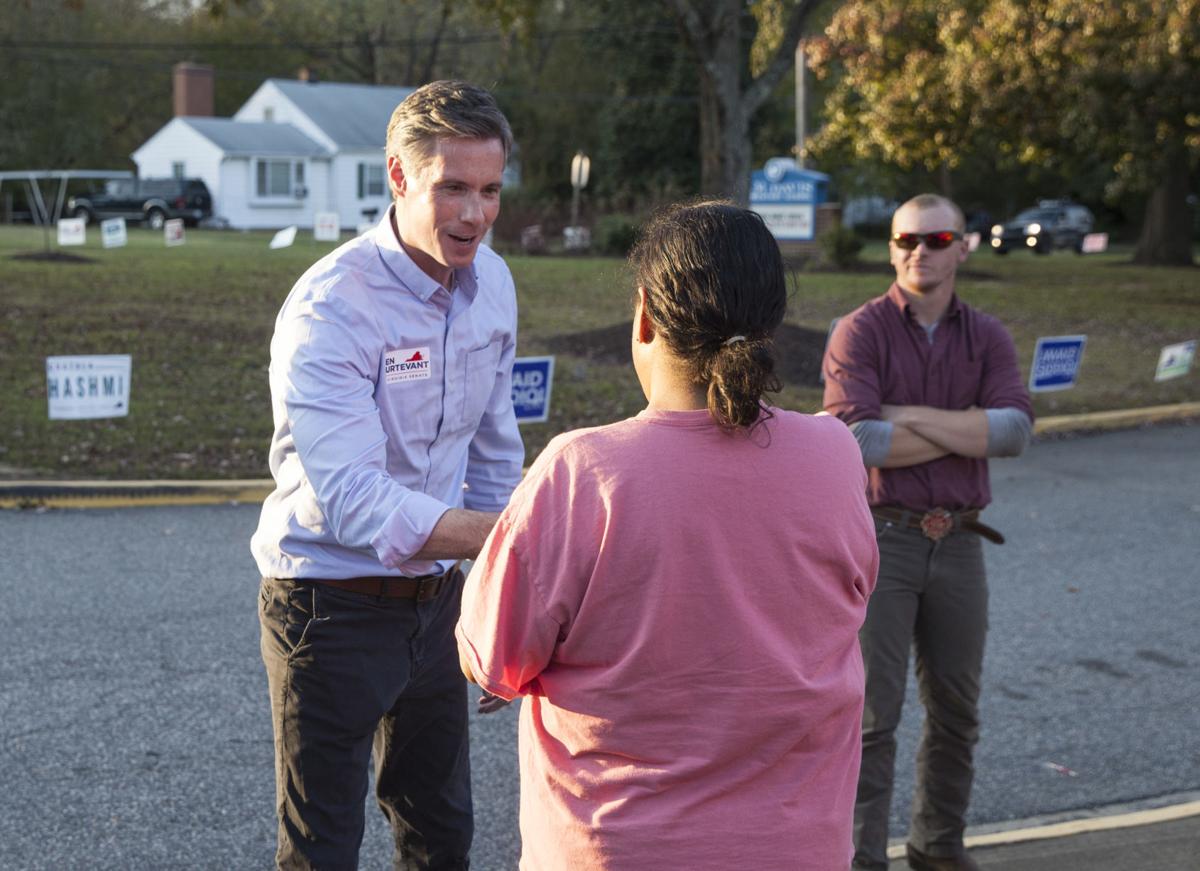 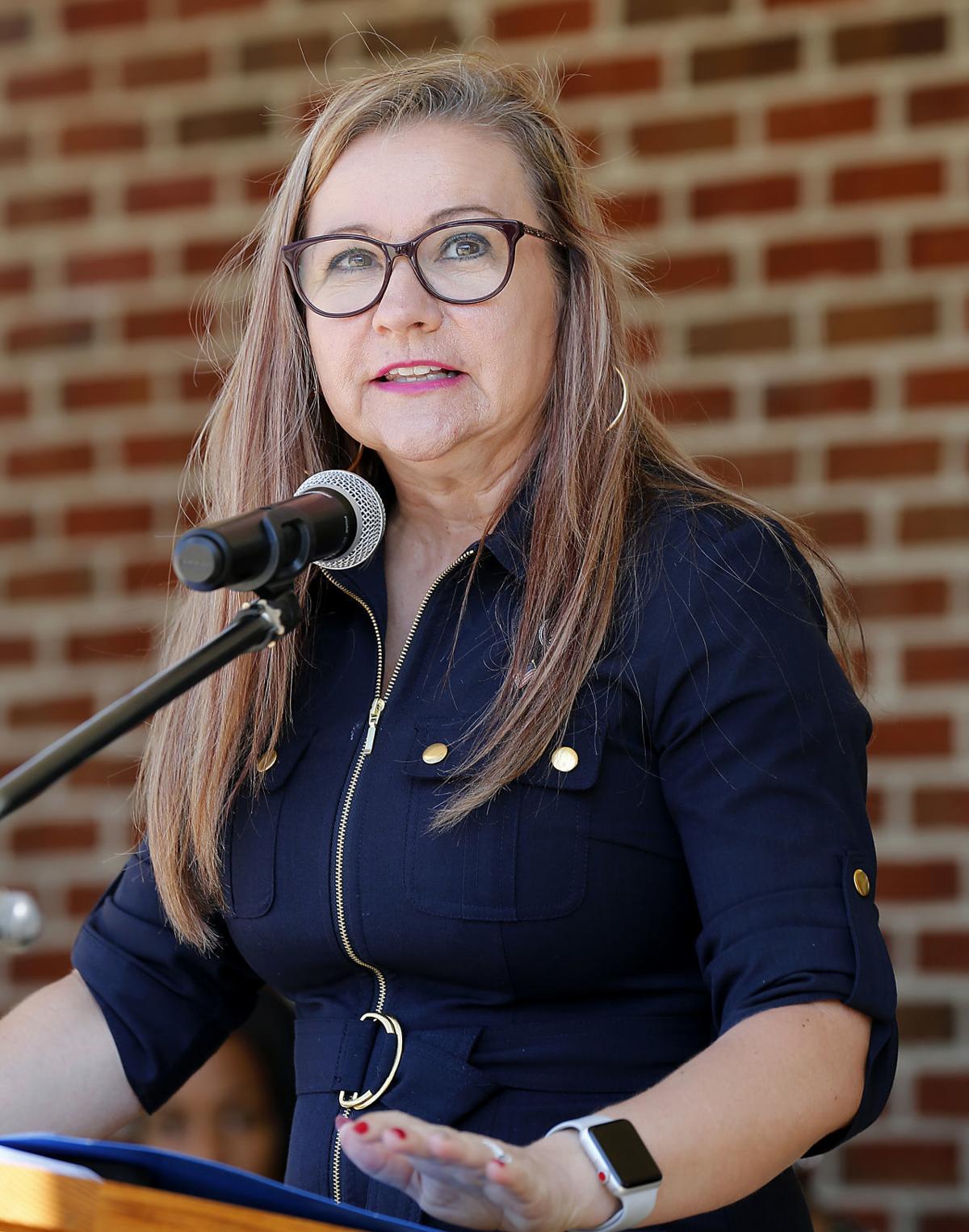 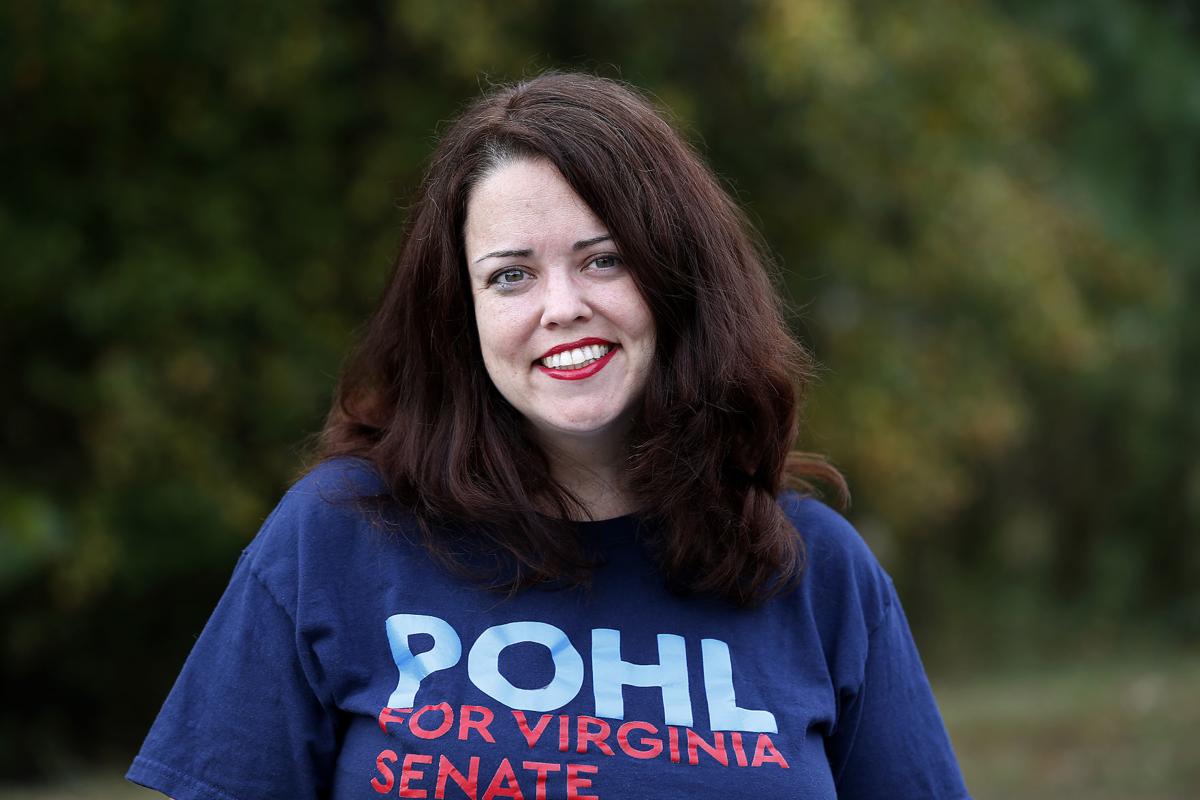 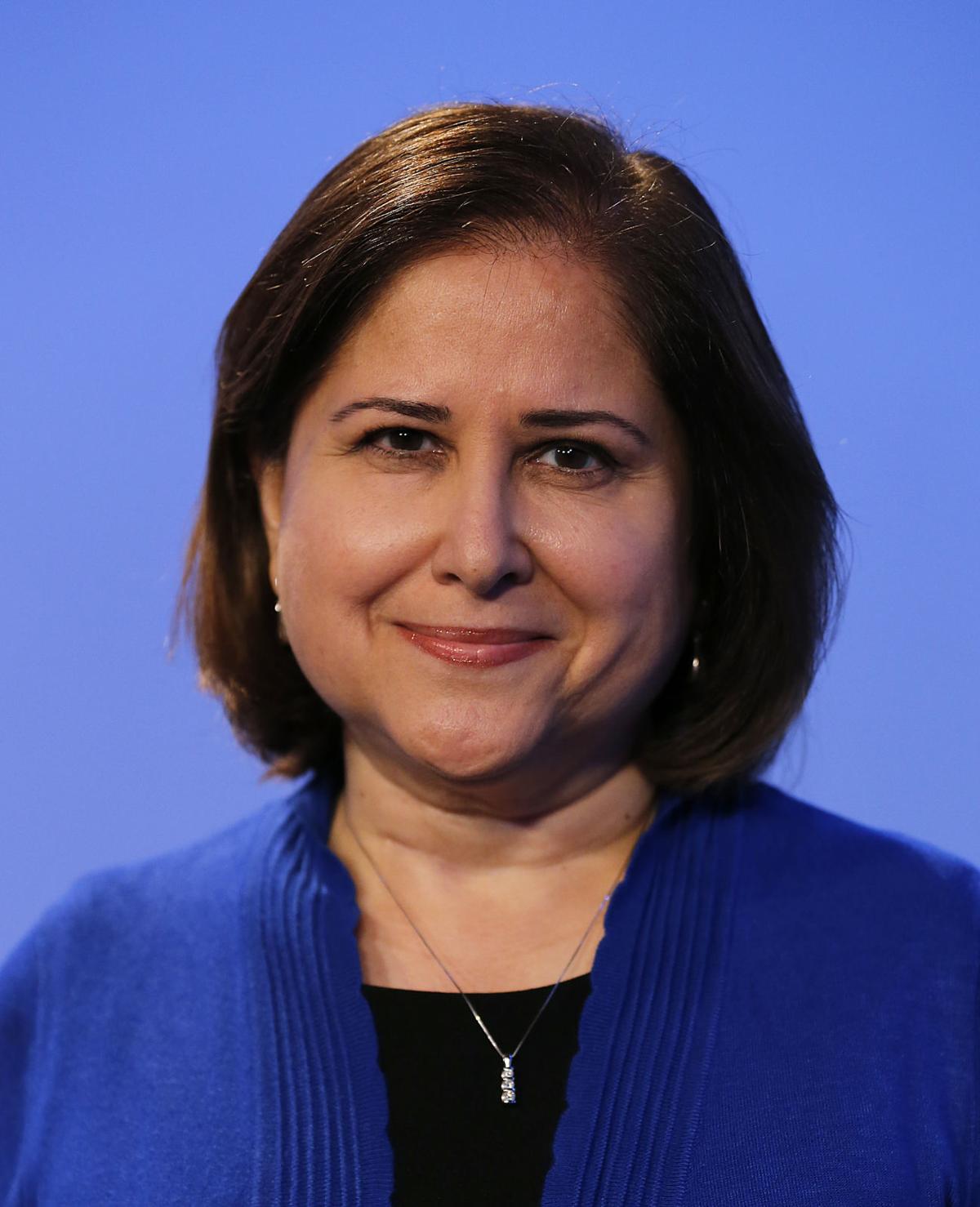 Democratic challenger Ghazala Hashmi picked up a Richmond-area Senate seat Tuesday to help lead Democrats to take control of the Senate, but Sen. Amanda Chase, R-Chesterfield, won a second term and Sen. Siobhan Dunnavant, R-Henrico, appeared to hold onto her seat in one of the closest races of the night.

With one precinct unreported, Dunnavant led Del. Debra Rodman, D-Henrico, by just under 2,000 votes, or about 2.5 percentage points.

Dunnavant declared victory at Rare Olde Times Pub in western Henrico, but acknowledged it had been “a really tough night” for Republicans.

“This is a bright shining light,” she said of her victory. “We’re going to get great things done for Virginia.”

An Indian-American and the first Muslim elected to the Senate, she said the victory “belongs to all of you who believe we need to make progressive change here in Virginia.”

Sturtevant, conceding the race in an appearance at Wood & Iron Game Day Restaurant & Bar in Midlothian, credited Hashmi for running “a fantastic race.”

“She’s a great candidate,” he said. “It was just a very engaged electorate, which is good for the democratic process.”

Chase won re-election over Democratic challenger Amanda Pohl by a 10-point margin in the 11th Senate District, representing part of Chesterfield and all of Amelia County.

Pohl won applause from Democrats for a spirited challenge in a district that voted strongly for Republican Donald Trump in the presidential election three years ago.

“We worked really hard but we didn’t quite cross the finish line,” she told Democrats at the Hilton Hotel in Richmond. “We built a people-powered organization.”

With control of the General Assembly in the balance, the Richmond area hosted two of the most expensive and hotly contested races in Virginia. Dunnavant and Rodman raised more than $5.6 million between them, and Sturtevant and Hashmi combined for more than $4.8 million, according to the Virginia Public Access Project.

The region also featured one of the most colorful contests, with Chase easily prevailing despite being kicked out of the Chesterfield Republican Party after she publicly attacked the county’s Republican sheriff and accused him of favoring “sanctuary cities” for illegal immigrants. The sheriff, Karl Leonard, accused her of lying.

The 12th Senate District, based mostly in Henrico with a portion of Hanover, has trended slightly Democratic in recent elections. Democrat Hillary Clinton edged Republican Donald Trump by 2 percentage points in 2016, while Democrat Ralph Northam won the district by 5 percentage points over Republican Ed Gillespie a year later.

Dunnavant, 55, an obstetrician from a high-profile family of Republican politicians, raised more than $2.6 million, compared to $3 million for Rodman, 47, a university professor. By running for Senate, Rodman forfeited the 73rd House District seat she won in 2017 in a wave election that flipped 15 seats from Republican to Democratic control.

The campaign was as nasty as it was expensive, with Rodman calling Dunnavant a “quack” in one television ad over health care legislation, and the senator claiming that the Democrat would support “unrestricted abortion up to the moment of birth.”

This was the second time that Democrats had drawn a bead on the 10th District since the retirement of Sen. John Watkins, R-Powhatan. Democrats had carried the district — composed of portions of Chesterfield and Richmond, with all of largely rural Powhatan — by double-digit margins in elections for president, governor and U.S. Senate the past three years.

In 2015, Sturtevant edged Democrat Dan Gecker by almost 1,500 votes with a late lift from Powhatan, where contested local races boosted turnout. Gecker also suffered a backlash in Powhatan from big contributions he received from the Mike Bloomberg-backed Everytown for Gun Safety.

This year, the gun control organization gave almost $140,000 to Hashmi, including about $37,000 in late contributions after the last campaign finance reporting period on Oct. 24. Hashmi, 55, an educator, raised about $2.6 million in her first bid for elected office.

Sturtevant, 37, a lawyer, raised about $2.3 million in his bid for a second term, but this year, he fell in part because of concerns about gun safety and Republican refusal to enact restrictions on firearms.

“We focused on health care, we focused on gun safety and education,” Hashmi said in an interview, “and we didn’t change our message.”

At least the Democratic majority will reign in Chase’s nonsense and smack down her racist gun nut actions.

"...Racist gun nut actions" ??? What does that mean? Did you just want to get racist and gun nut in the same sentence?

I meant she is a demonstrated racist and gun nut.

Notice that Amada Chase is a Republican, and a true Conservative, and won by a reasonable margin, notice also that Siobhan Dunnavant is a right of center Republican, but not much of a Conservative, and she just squeaked out a victory, and recognize that Glen Sturtevant is a Left of center Republican with NO Conservative credentials, and he lost........These facts show that Conservatives and Republicans can and will win, when they act and govern like republicans, also notice that the Republicans in Virginia trashed Chase, and were somewhat ambivalent and sort of supportive of Dunnavant and Sturtevant........Make NO MISTAKE the Republican Party of Virginia had a big hand in the loss Tuesday night, when they don't support grass roots Conservative Republicans, and in the case of Amanda Chase THEY WIN.

Notice that Democrats handed the republicans their arses in the GA and VA will be a true blue commonwealth come January.