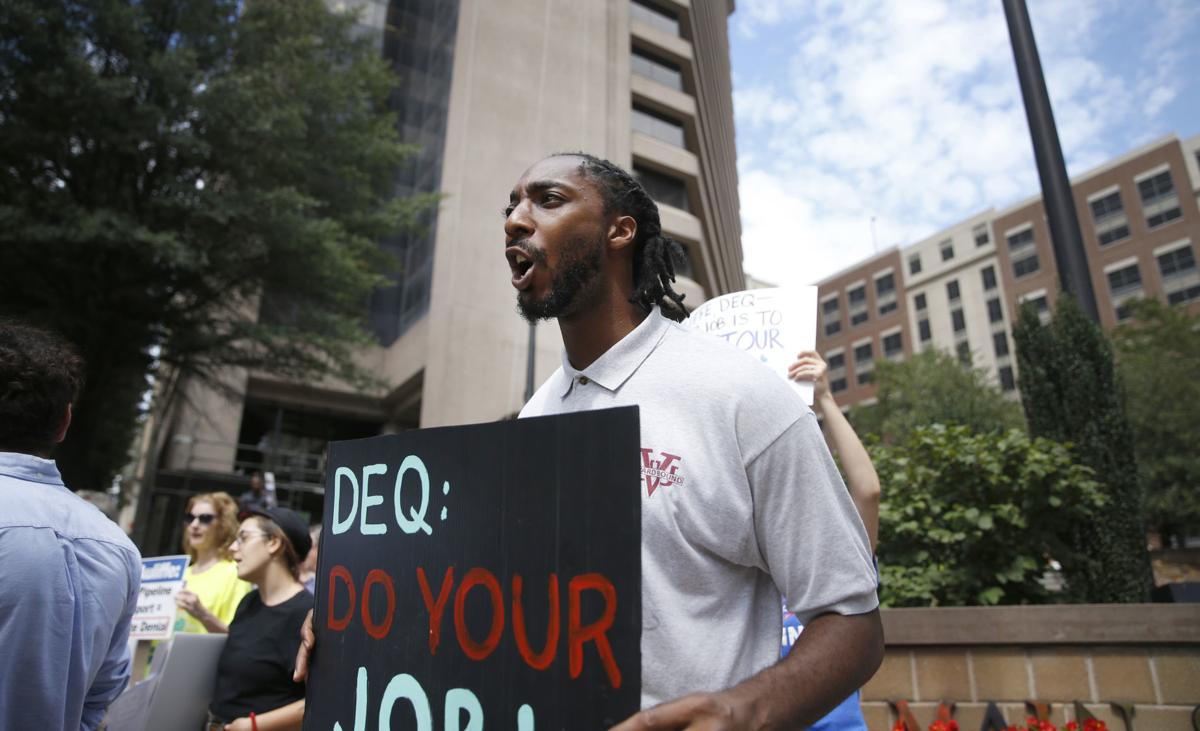 In September, Sir James Weaver chanted with others outside of the Department of Environmental Quality office to protest the agency’s handling of a pair of gas pipelines. 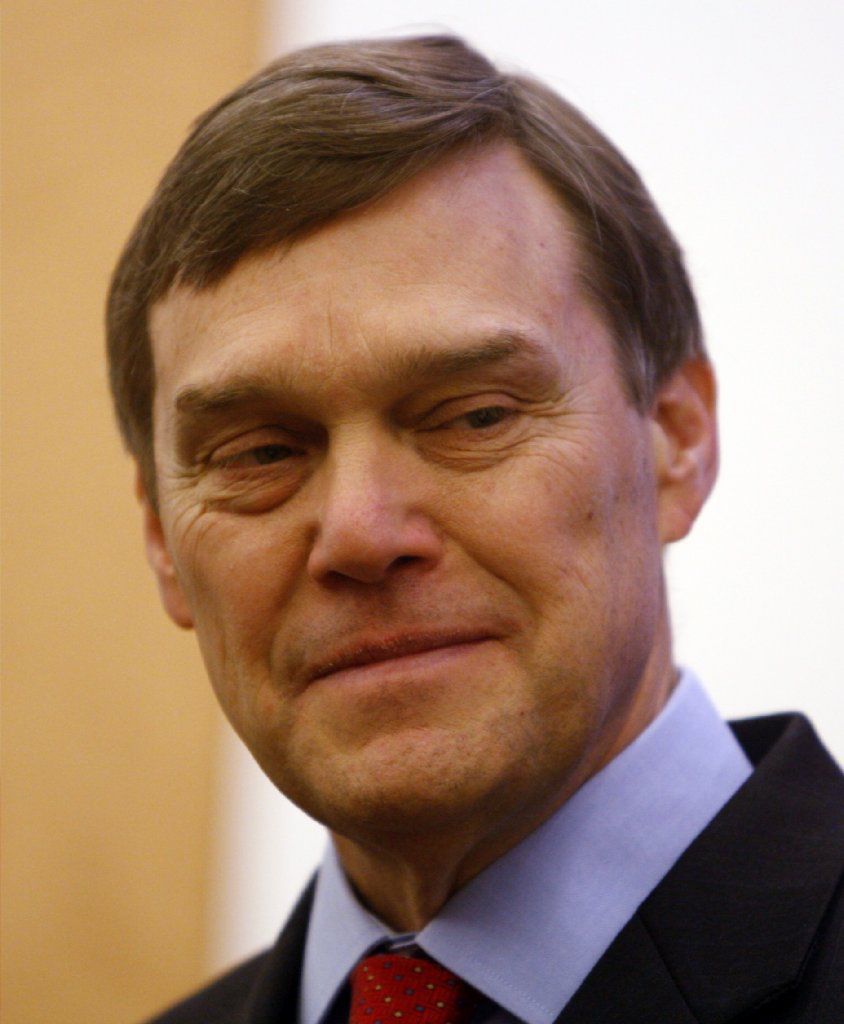 Gov. Ralph Northam has reappointed David K. Paylor as director as of the Virginia Department of Environmental Quality, the state agency at the center of the impassioned debate over the state’s handling of a pair of natural gas pipeline projects.

Northam made the announcement Monday at an internal staff event marking the 25th anniversary of the DEQ, according to the governor’s office.

“David Paylor has served this Commonwealth admirably as the Director of the Virginia DEQ and I am happy to reappoint him,” Northam said in a written statement. “Caring for our natural resources and expanding our clean energy economy are among my top priorities as governor and I am confident that David will help execute that agenda.”

Northam’s decision ensures continuity for a state agency that deals with complex environmental issues and extends the career of a longtime state official who has been working to stop pollution in Virginia since the 1970s. But it disappoints some environmentalists who have pressured Northam and the DEQ to be more aggressive in policing energy companies and feel Paylor is too cozy with companies like Dominion Energy, the politically influential utility that the DEQ deals with on a regular basis.

Paylor, who has served under Democratic and Republican governors, called the reappointment a “huge honor,” adding that his agency has made significant progress in reducing ozone and nitrogen concentrations in Virginia’s air and water.

“It’s just really gratifying to see the progress that we’ve made in so many different areas,” Paylor said. “And I’m just privileged to have been able to be a part of that.”

A member of Northam’s transition team who heads a conservation group said there was broad support among the environmental groups that supported his campaign for a shake-up in the DEQ leadership, seen as too deferential to big business.

“They seem to go out of their way to avoid potential legal conflicts,” said the group’s leader, who spoke on condition of anonymity to discuss confidential transition team talks. “We have an agency that always errs on the side of business.”

As Dominion has pushed to close its coal ash ponds, for example, environmental groups have noted that they were able to get the company to agree to stricter pollutant treatment limits for water discharged from the ponds than Paylor’s DEQ was comfortable imposing.

In a statement, the activist group Chesapeake Climate Action Network noted that Paylor accepted a Dominion-paid trip to the Masters golf tournament in 2013 and called for Northam to “replace Paylor as soon as possible.”

“He consistently sides with polluting industrial interests over harmed communities and the environment. And it’s been way past time for him to go,” said Mike Tidwell, the network’s founder and director.

“This decision shows the governor’s willingness to continue business as usual and allow corporate interests to be prioritized above the health of Virginians,” Addleson said.

Other conservation groups praised Paylor as a dedicated public servant.

“We’ve long appreciated his willingness to listen and engage in constructive dialogue, and we look forward to working with him and the rest of the Northam administration for the next four years,” said Nikki Rovner, associate state director of The Nature Conservancy’s Virginia chapter.

The move also drew praise from Barry DuVal, president and CEO of the Virginia Chamber of Commerce.

“Mr. Paylor is a leader of high integrity who has a record of working with both the business and environmental communities on issues of importance to the commonwealth,” DuVal said in a statement. “His leadership under both Democratic and Republican administrations has resulted in a stable, well-managed agency.”

With his reappointment, Paylor will serve as the DEQ’s director under a fourth straight governor. In 2006, Gov. Tim Kaine appointed him to the job, making Paylor the state’s top anti-pollution official and capping a career in state government that dates to the 1970s.

The DEQ was created in 1993 by merging four agencies into a new entity with a comprehensive mission to protect Virginia’s natural resources.

Paylor and the DEQ have come under scrutiny for issuing permits for the two pipeline projects, the Dominion-backed Atlantic Coast Pipeline and the Mountain Valley Pipeline.

Supporters of the pipelines have pitched them as an environmentally sound way to strengthen the Mid-Atlantic region’s energy supply, but critics contend the DEQ has ignored warnings about the pipelines’ potential threats to streams, wetlands and drinking water.

Paylor has defended the DEQ’s actions, calling the regulatory process for the projects “the most rigorous for any pipeline in Virginia history.”

“The agency is committed to clean water and clean air,” Paylor said Monday. “And we operate within the authorities that we are given. And we try to work to fairly and completely carry out those authorities.”