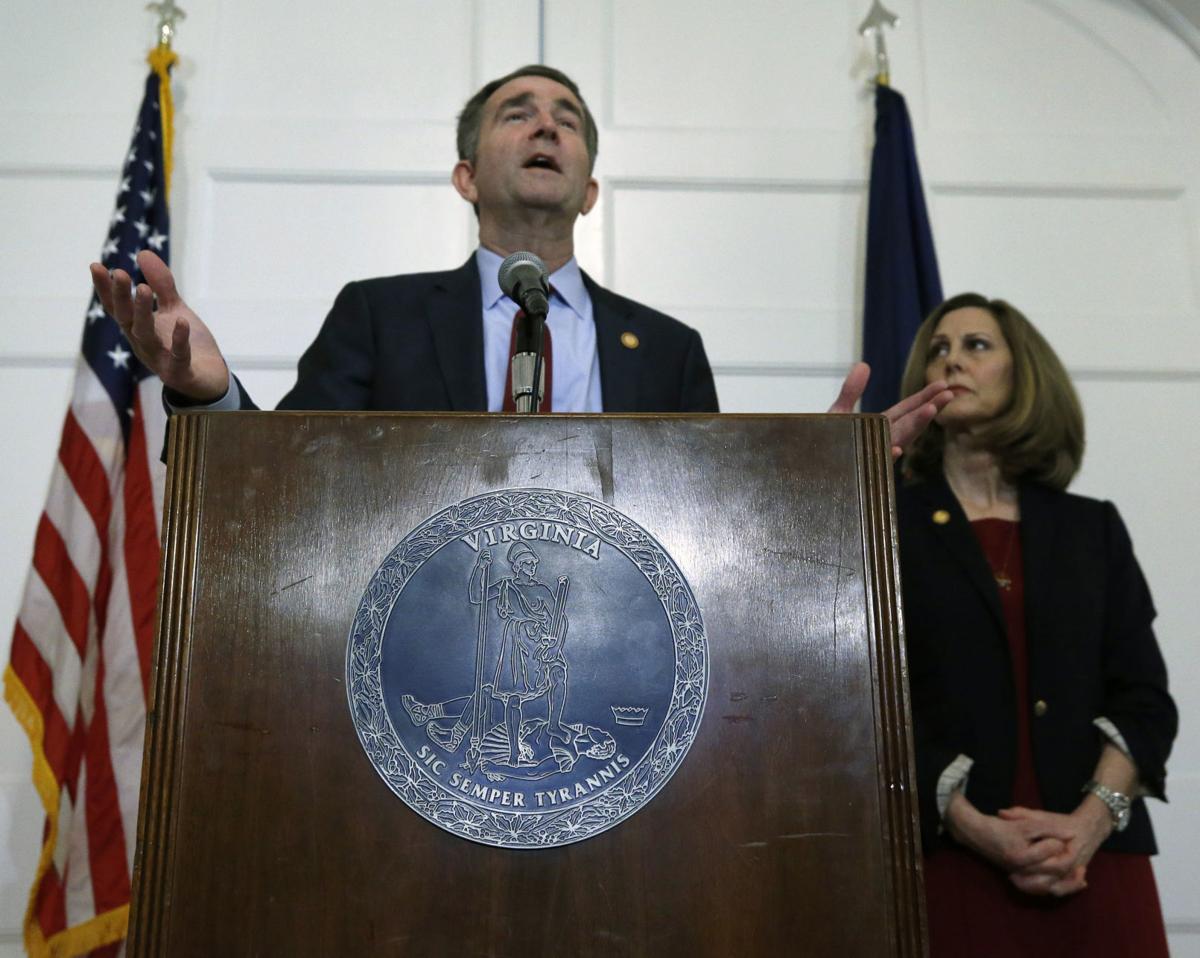 Gov. Ralph Northam, appearing with first lady Pam Northam on Feb. 2, will host the civil rights activists who were arrested at a sit-in at a store lunch counter in 1960. 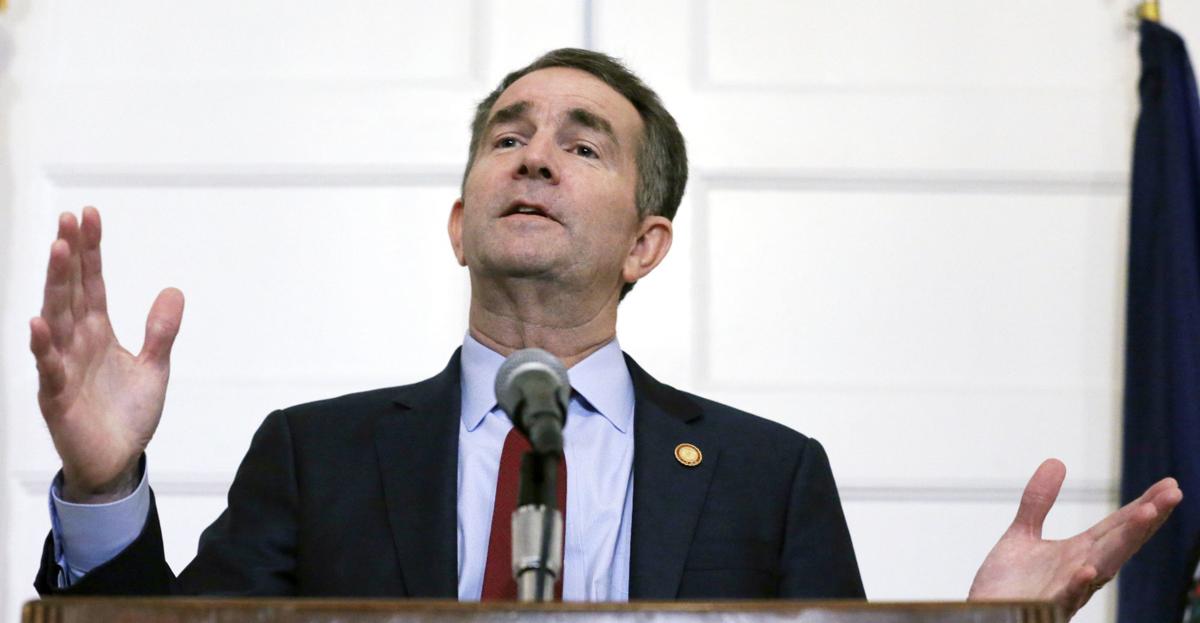 Gov. Ralph Northam, appearing with first lady Pam Northam on Feb. 2, will host the civil rights activists who were arrested at a sit-in at a store lunch counter in 1960.

Gov. Ralph Northam will not attend a racial reconciliation event planned at Virginia Union University on Thursday, acceding to a request from student leaders at the historically black school.

The visit was to be Northam’s first public event in a planned racial reconciliation tour after the Feb. 1 revelation that a racist photograph appeared on his page in his 1984 medical school yearbook.

Northam’s visit was supposed to coincide with VUU’s annual tribute to alumni who protested segregation in Richmond nearly 60 years ago. The president of the school’s student government association, Jamon Phenix, wrote in a letter Monday that Northam’s visit would overshadow the commemoration.

Northam tweeted in response late Wednesday afternoon that he would “respect the wishes of the student body,” and accepted an invitation by Phenix to come to campus this spring for “dialogue and honest conversation on issues of race, reconciliation and equity.”

Northam instead plans to host the civil rights activists at the Executive Mansion on Friday.

The so-called Richmond 34 were arrested in 1960 during a sit-in at the lunch counter of the Thalhimers department store in downtown Richmond, convicted of trespassing and fined $20 each.

The group also will be celebrated at the Capitol on Friday with a joint resolution marking the activism of the Richmond 34. Del. Delores McQuinn, D-Richmond, is the resolution’s sponsor.

Elizabeth Johnson Rice, who is one of the Richmond 34, said Wednesday that the group welcomed Northam to the VUU event and had not been reached by student representatives before they asked Northam to reschedule. Rice wrote a letter to Northam early Wednesday objecting to the visit being canceled.

She added that the Richmond 34 are split on whether Northam should stay in office. But, she added, those she has contacted are open to public dialogue on the issue.

“In my letter, I talked about having a forum in the near future so the governor and the students and the community could talk about this issue,” Rice said. “Hopefully that will happen also.”

Northam has made few public appearances since the Feb. 1 discovery of the racist yearbook photo, which shows a man in blackface and another man in a Ku Klux Klan robe. He apologized that day, but the following day he said he believes he was not in the photo. However, on Feb. 2 he disclosed that he wore blackface as part of a Michael Jackson costume for a dance contest in San Antonio in 1984.

The governor has so far rejected widespread calls to resign, and has instead embarked on a tour of private visits with black leaders in the state.

One of those visits took place Wednesday at the farm of John W. Boyd Jr., a civil rights activist and founder of the National Black Farmers Association. Boyd runs multiple farms in Mecklenburg County, where his family has owned land going back to just after the Civil War.

Boyd gave Northam a tour of one of those properties, where he hopes to grow hemp in the spring. In an interview, Boyd said the pair talked about ways Northam could help black farmers in Virginia, and how Northam could move past the blackface scandal.

“I do believe the governor is trying, and that’s what has to happen,” Boyd said. “You have to get out there, and meet everybody, even if people aren’t in support of him right now.”

Boyd said he doesn’t want Virginia to be “remembered as the state of blackface.” He said that with Northam at the helm, the state could instead become a model for racial reconciliation.

Northam and Boyd were joined on the tour by Agriculture Secretary Bettina Ring and black farmers from the area.

“The top ten banks haven’t been particularly friendly in extending credit to African-American farmers,” Boyd said. “We spoke in depth about how he could use his megaphone to help us.”

Northam spokeswoman Ofirah Yheskel said: “The governor appreciated the visit with Virginia black farmers and the opportunity to discuss the challenges they face.”

Well, the charade continues, but It is hard to feel sorry for Northam, as he dug the hole he ultimately fell in. However, I would bet the farm that the VUU student body would jump at inviting Justin Fairfax or Jussie Smollett to their "civil rights" extravaganza!

He’s going to Chicago instead

Wow! What a racist statement! Fred is using this as an opportunity to let loose all those racial slurs he’s been keeping (barely) bottled up all this time!

I notice that Racist Rump never seems to even get the invitations.

Drake, the reason President Trump doesn't have to attend racial reconciliation eevents, is because he ISN'T a racist, and yet you on the Left keep telling us President Trump is a racist,yet you can't produce one item of evidence that would show otherwise. President Trump has created an environment where Black people and Latino people have the lowest unemployment and the highest number of job openings in the history of america, YEA, it makes you on the Left just look like stupid liars, and when nothing is found in the fraud that is the "Russian Collusion" scam, you on the Left will just look like BIGGER liars and frauds. So Drake, put up or shut up with the racism charge against President Trump, and get going with riding Virginia of our racist Governor and Attorney General you bunch of Leftist Hypocrites.

Trump isn't a racist? Then tell me what he was when he said he couldn't get a fair ruling in a case involving travel because the judge was a Mexican. (Actually, the judge is a native-born American with Hispanic heritage).

The event was scheduled with a purpose and having the Governor there under current circumstances would take away from the event as it might attract the professional protesters that look for opportunities to march and try to disrupt.

Northam’s graciously respected the decision of the students. SO much better than Rump doubling down on how some of the white supremacists in Charlottesville were “very good people”.

I suspect he was very happy to be let off of the hook. This would have been a very public event, in the same place that no less than the Reverend Al Sharpton, that pillar of integrity, just recently said he must resign. He should stick to his private farm tours and profusely thank those students.

What? And Northam step away from the great economic booms he is bringing to VA. Why should the citizens suffer like that?