Gov. Ralph Northam is moving to bolster Virginia’s state workforce with a pair of executive orders that will grant up to eight weeks of paid parental leave to state employees and create an advisory panel to recommend ways to help state workers with child care and early childhood education.

Northam signed the orders Tuesday during a meeting of the Virginia Executive Institute Alumni Association — with a roomful of current and former state agency leaders in the Patrick Henry Building — accompanied by his wife, Pam, who will lead the new Governor’s Advisory Commission on Quality Child Care and Education, with members of his Cabinet.

The governor said the order creating paid parental leave will help state employees with young families who previously have relied on federal law that protects their jobs while on family leave but doesn’t require employers to pay them.

“That protection is an important one, but we all recognize that in today’s economy, most families can’t afford to go even a week without a paycheck,” he said.

Executive Orders 12 and 13 aim to improve Virginia’s ability to recruit and retain new state employees at a time when the workforce — about 105,000 full-time and 20,000 part-time workers — faces a wave of impending retirements and challenges in offering compensation that’s competitive with private employers.

The parental leave order applies to full-time executive branch classified employees — including those at colleges and universities who aren’t on separate personnel systems — and at-will employees appointed by the governor.

In addition to children by birth, the order applies to adoption or foster care placement of a child younger than 18.

“This strengthens our position as a family-friendly employer,” Secretary of Administration Keyanna Conner said in introducing the governor.

The governor’s order does not automatically apply to legislative branch employees, but Senate Clerk Susan Clarke Schaar said Tuesday that she is adopting the state policy for her staff.

The clerk’s office employs 34 people, “two of whom are pregnant,” Schaar said.

The House implemented the new policy to give employees up to 12 weeks of paid parental leave, which they can use within 12 months of the birth of a child, adoption or foster care placement.

In comparison, the governor’s new policy gives employees up to six months to use their paid parental leave.

“The speaker is glad to see the governor following the lead of the House on this important issue,” House spokesman Parker Slaybaugh said.

The Northam administration estimates the cost of the parental leave policy at $495,000 because of additional overtime and contractor expenses for “critical, must-fill positions,” said Brian Coy, the governor’s communications director.

However, he said the administration will expect state agencies to absorb those costs without additional budget appropriations.

“We do expect there to be some lost productivity, as most agencies would absorb the workload and not backfill,” he said. “We should note that this loss in productivity would be the same if the new parent utilized” the Federal Medical Leave Act.

The new advisory commission is charged with studying ways to provide “evidence-based early care and learning programs” for the young children of state employees.

The governor said in an interview that instead of child care providers, “we really want to talk about it as childhood educators.”

“We recognize the role that quality early childhood care and education plays in creating opportunity for Virginia children and families,” first lady Pam Northam said in a written statement. “We see this important step as an investment in our future workforce, as well as essential support for our working families that serve the commonwealth.”

Coy said the orders are part of an ongoing effort to make state government more competitive as an employer.

“We’re in a competition for recruiting and retaining talent,” Coy said.

“We appreciate the governor doing this,” Huggins said. “It’s a good thing.”

Coy has a personal reason for liking his boss’s new policy. In less than two weeks he and his wife, Deputy Secretary of Education Holly Coy, are expecting their second child.

Currently, both of them would rely on a combination of unpaid leave or vacation time.

Under the policy, couples who both have state jobs each would be entitled to the eight weeks of paid leave, which they could take together or successively. The policy applies to all full-time state employees with at least 12 months of experience.

“It changes how I feel about working for state government,” he said.

The new two-year budget that will take effect July 1 includes a 2 percent raise for state employees in the second year, as well as the opportunity to receive up to 2 percent in performance-based merit raises.

“We’ve got to wait a little bit, but the ball continues to move down the field,” said Huggins, who lobbied successfully last year for a big boost in pay for a state police force that was losing officers at an alarming rate. “That’s all we can ask for.”

For those wanting government to be run more like a private sector business this is right in line! This practice is widespread with companies who employ numbers of people similar to the state.

Given all the layers of ineffective bureaucracy and waste, no one will likely notice when people are out on leave. Taxpayer just stays on the hook funding gov'ment largesse.

Family leave is OK for those who may be eligible but it is not so good for supervisors and other staff who have to pick up the slack. If the job is essential and requires skill, then temporary replacements cannot be hired. At a minimum, either work goes undone or overtime is required,

This shouldn’t be a problem if government would adequately staffed. If they have cut staffing levels to the point that no one can take leave they have to ramp up the hiring! More jobs! Win/win.

Yeah I'm sure they'll make sure it's OK with their supervisor for them to spend time with their new child. Also there aren't many jobs, especially in government roles, where only one person knows the job well.

This puts VA closer to attracting and retaining great talent to serve the good citizens of VA. And the Rump supporters too. lol

The Supreme Court upholds President Trump's travel ban against majority-Muslim countries. The 5-4 ruling reverses a series of lower court decisions that had struck down the ban as Illegal or unconstitutional.

Now the Red Chicken Restaurant employees, which is turning blue and bluer every day, and the four liberal left-wing Justices can dine together tonight, without any conservatives being politely not allowed, as they drown their sorrows in some liberal brewery’s especially cheap or free beer and wine.

Look at the bright side leftie …… you may have lost another vote or so, but those who scream "Death to America" and “Allahu Akbar” will have less change to lop off your heads.

It doesn't. Peters just barfs up ultra partisan word vomit on a daily basis. Seldom to is concern the story at hand and more often it's just him trying to fit as many of his "I hate liberals" rants into a paragraph.

Yeah! Now Rump can invite over to celebrate and spank his fat butt with a copy of Time magazine with his face on it. We KNOW he loves it! He will probably ask her to use the one with the picture of him standing over the little crying immigrant girl who has just been ripped out of the arms of met mommy.

Just not at the Red Hen. They would not allow that there though the right would probably claim it was unfair because bakers were forced to bake a cake for another loving couple.

I was talking about Rump inviting Stormy... but you all knew that. ;)

Unfortunate that misguided posters use this forum to foist unrelated subjects on the rest of us. Don't you have some at get-rich-quick business you'd like to advertise while you are at it?

How liberals parents who did not have Northam looking after them in the past, it is a wonder so many of them survived it all. Maybe when the amount of time off reaches 6 months, some mothers will find it better to have that non-human attached to their womb than to get shed of it.

Now many more children will get the good start that early natal care provides and the state will keep experienced staff. Win/Win for citizens! 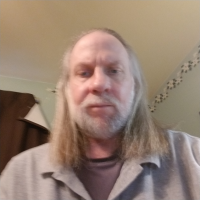 Accommodating the needs of working mothers is a proven method of strengthening the workforce and retaining skilled workers. Well done, Gov. Northam!

This is beyond absurd. State of Virginia employees already have an excellent paid sick leave plan. It is not the responsibility of the taxpayers of the Commonwealth of Virginia to provide paid parental leave for having a baby. This is an over reach and totally NOT NECESSARY. Having a child is a personal decision and it not the responsibility of the State of Virginia and more precisely the taxpayers to provide financial salary payments for have a child. This is totally WRONG!

Ronald... the 20th century is calling. They want their misogyny back!

Paid sick leave? Wow, three weeks is totally enough time to start raising a baby. Either you're stupid or you have to fake it to conform to your RW talking point of "F you, I got mine."

What kind of equal compensation will be given to those who do not have children? Fair is fair!

How about the $100,000 or so they won't be spending over the lifetime of the child they don't have?

Adrian …… so, that is the reason so many get an abortions.

Retention of highly experienced employees is well worth the small amount of time given to new mothers.

That's been my view on this since it first came up. For "equal justice", those without children should get the same.....which is basically giving state employees 2 more months of paid leave. That's paying double....once for the person not there, and one more salary to the person filling in.

it is pretty common practice

if you and I work for the same employer and we both have health insurance and pay the same amount for it and I go the full year with no claims but you have an issue and have a $5,000 medical bill paid on your behalf, what do I get?