Bloomberg, in Richmond, says Virginia is key to Democrats' hopes, apologizes for 'stop and frisk' 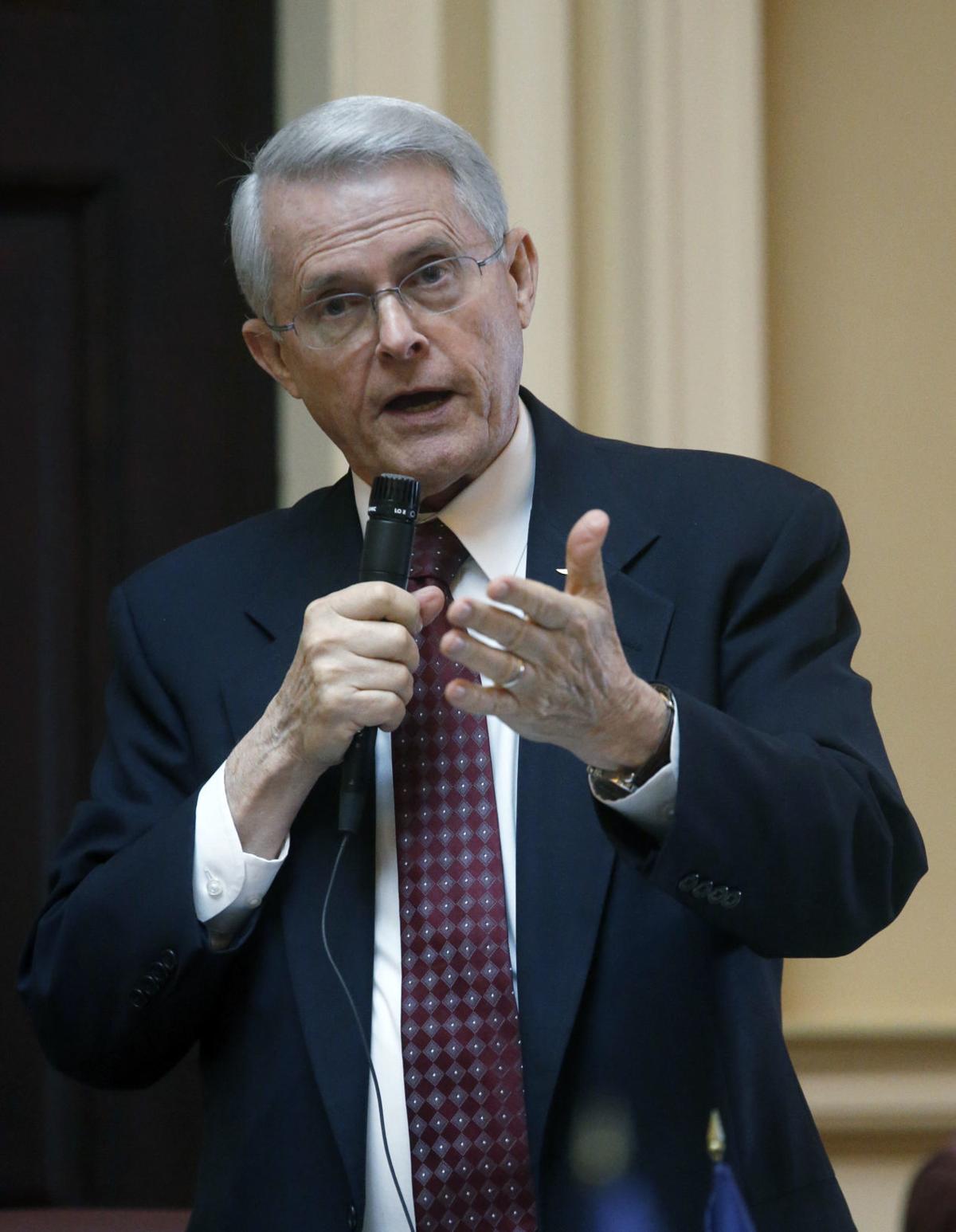 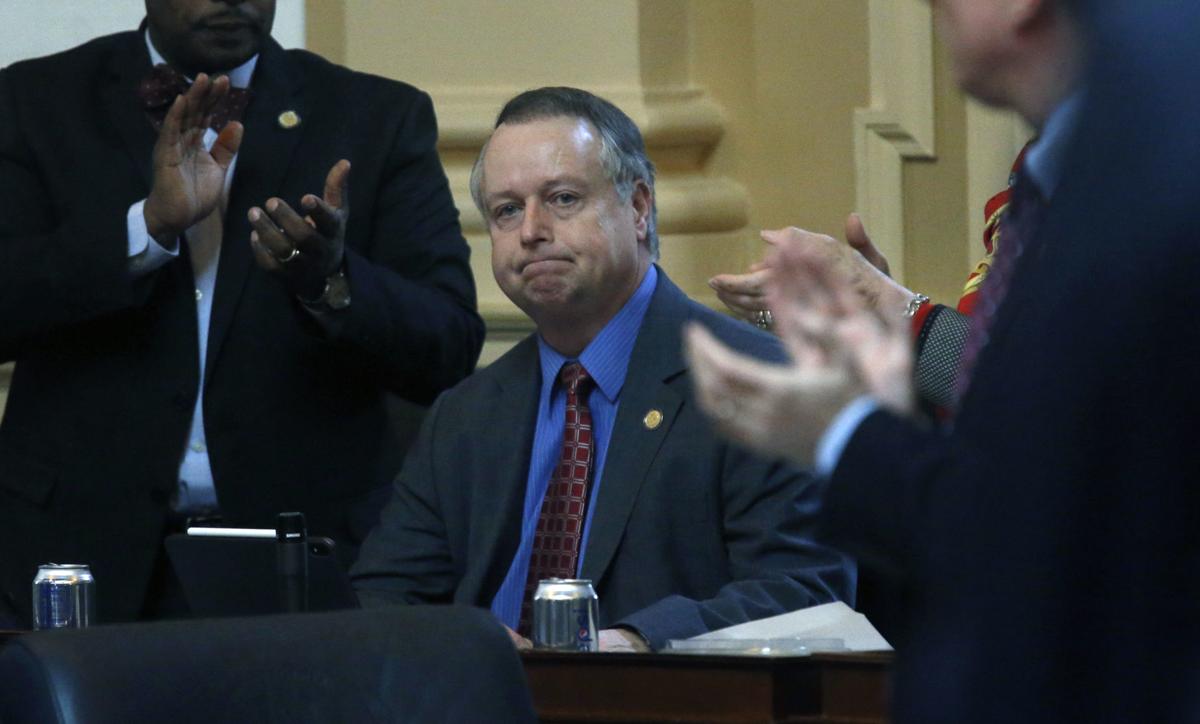 Legislation introduced by Sen. Dick Black, R-Loudoun, and Del. John Bell, D-Loudoun, will soon hold telephone solicitors — and the companies on whose behalf they are calling — responsible for violations of the Virginia Telephone Privacy Protection Act.

That law makes it illegal to call phone numbers on the National Do Not Call Registry, as well as phone numbers where the person reached has previously stated they don’t want to be solicited by that business. The measure takes effect July 1.

Black said in an interview that the 2003 creation of the federal registry for years helped curb the number of marketing calls. But years after its creation, a growing number of private businesses are contracting with overseas and hard-to-track telemarketers, who often skirt the law with few consequences.

As a result, the calls have “increased enormously” year by year, Black said.

“It touched a nerve with me because I get telephone calls and everybody in my family gets them. It’s a real irritant for most people,” said Black, adding that his phone number is listed on the registry.

“We decided to try to take a new approach, and instead of going after the telemarketer, we would go after the seller of the product or service.”

While presenting the bill on the House floor, Bell said he too has been plagued by the calls, and that he received one just before he stood up to speak on the issue. Bell said he hopes the bill addresses “out of control telephone solicitation” by allowing the state to go after the sellers of the goods and services advertised.

The federal government has acknowledged “unwanted robocalls and texts” as a national problem that often tops the list of complaints to the Federal Communications Commission.

In a 2015 ruling sanctioning state laws like Virginia’s newly signed measure, the agency said the calls can be “costly and particularly intrusive” when made to mobile devices. They can also tie up critical first-responder resources.

When it becomes effective July 1, the Virginia law will open the door for lawsuits against the businesses on whose behalf the calls are made. What the penalties for businesses will be is unclear, but the Federal Trade Commission, which operates the national registry, said telemarketers can face fines as hefty as $41,000 per call.

“It is a tremendous burden for families. You have a limited amount of time at home and you’re interrupted constantly,” Black said. “We’re hopeful that once the law takes effect, it will generate legal action against sellers who are using these offshore telemarketers and crack down on the inconvenience to the public.”

Black said callers hoping the law will curb election-time robocalls will be disappointed; such communication is protected under the free-speech clause of the First Amendment. (Debt collection and calls on behalf of a charity are also protected.)

“People need to understand that if they get calls from people around election time, there’s not going to be any relief from that. Unless they just call the person who is running for office” and say “I’ve had enough!’” said Black, laughing.

“No one wants to lose a voter over that. I’m retiring this year, but that’s my recommendation for anyone running for office.”

Bell, the House sponsor of the bill, is seeking the Democratic nomination to run for Black’s Senate seat.

Gov. Ralph Northam signed a bill to stop universities from hiring individuals appointed by the governor to their boards of visitors within two…

Not Enough,
Verizon, Sprint, ATT. THEY Should be the ones held responsible for these violations. They are the ones that make it possible to spoof numbers and avoid detection. They have failed to secure their networks and laughed at our complaints knowing that their shill, Anjit Pai, is sitting in the Big chair at the FCC.
Virginia should hold the call CARRIERS Responsible for any spoofed or ID Withheld call that reaches someone on the list. Virginia should also create it's own list that has NO EXCEPTIONS For Political or existing business relationships.

The Virginia Air National Guard could also fly sorties against ground targets where Robocalls originate... but, maybe that would be considered harsh.

I extend props to the governor for signing the bill. However, I am not sure if it is enforceable. The "spoofed" numbers are the worst!

Really great feel good bill. How do I report these annoying calls? How do you find the perps? When I call the number back I usually get a not connected or number doesn't exist message. Does the bill set up a group to track these folks and arrest them?

If it is illegal to get annoying robo calls, I bet there is an exception during election season.

The best solution is a call blocker like NOMOROBO.

Most of the calls seem to come from "spoofed" numbers, making it very difficult to actually identify the caller. I doubt this law will work, but appreciate the intention of FINALLY DOING SOMETHING - ANYTHING! - about this problem.

I don't imagine state legislation will curb unwanted solicitations much. Anxiously awaiting step by step instructions to document calls, which will rest on my desk beside the land-line. Seems to me this has to be dealt with by an aggressive effort on the federal level. We'll wait and see.

Worthless we get 20 to 40 calls a day at our business. Totally worthless legislation. Because they have no one to complain to ....

Thank you, thank you!! The number of calls have really gotten to be ridiculous. If you block one number from the same company, they use another number to call the next day. Geez.