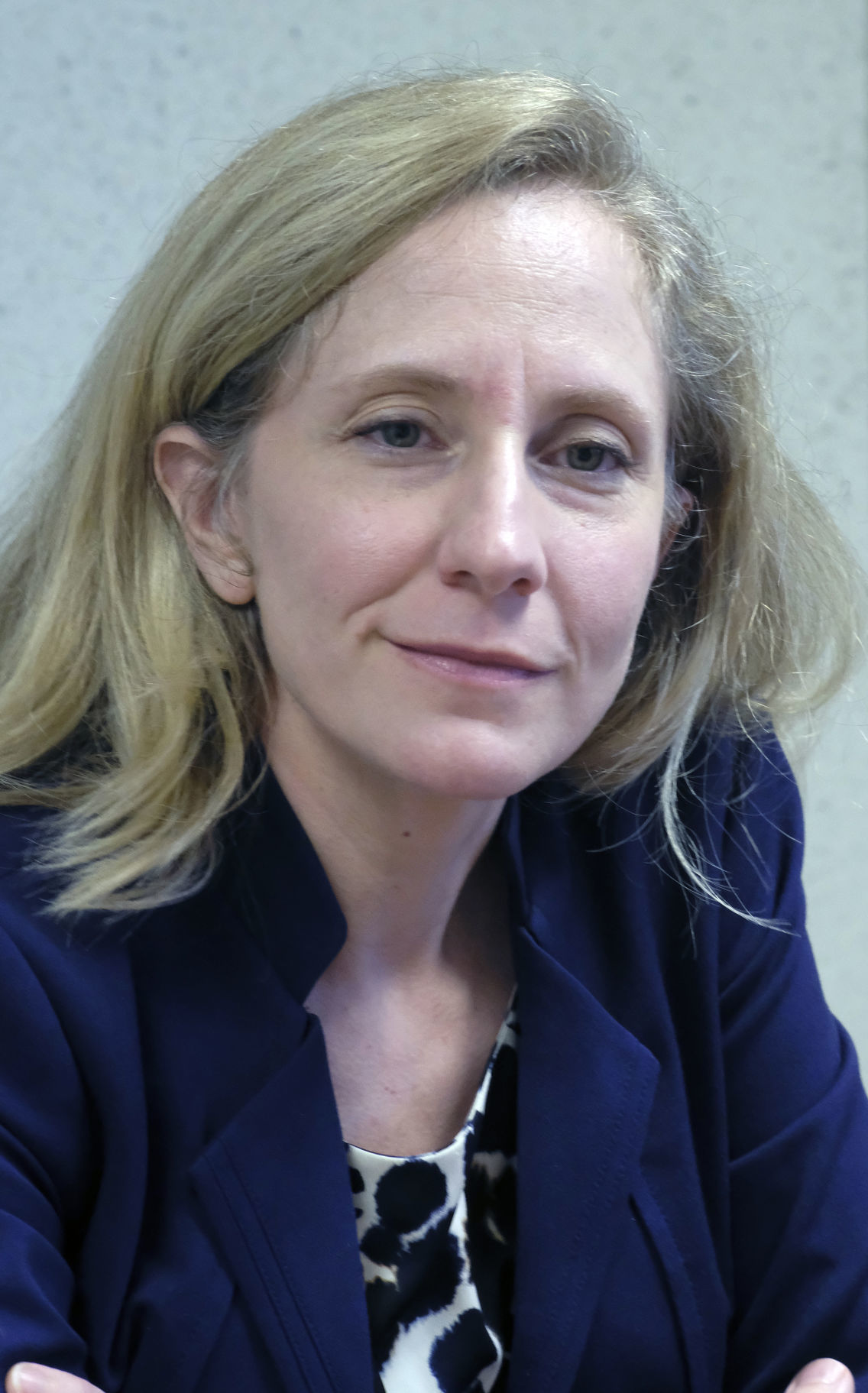 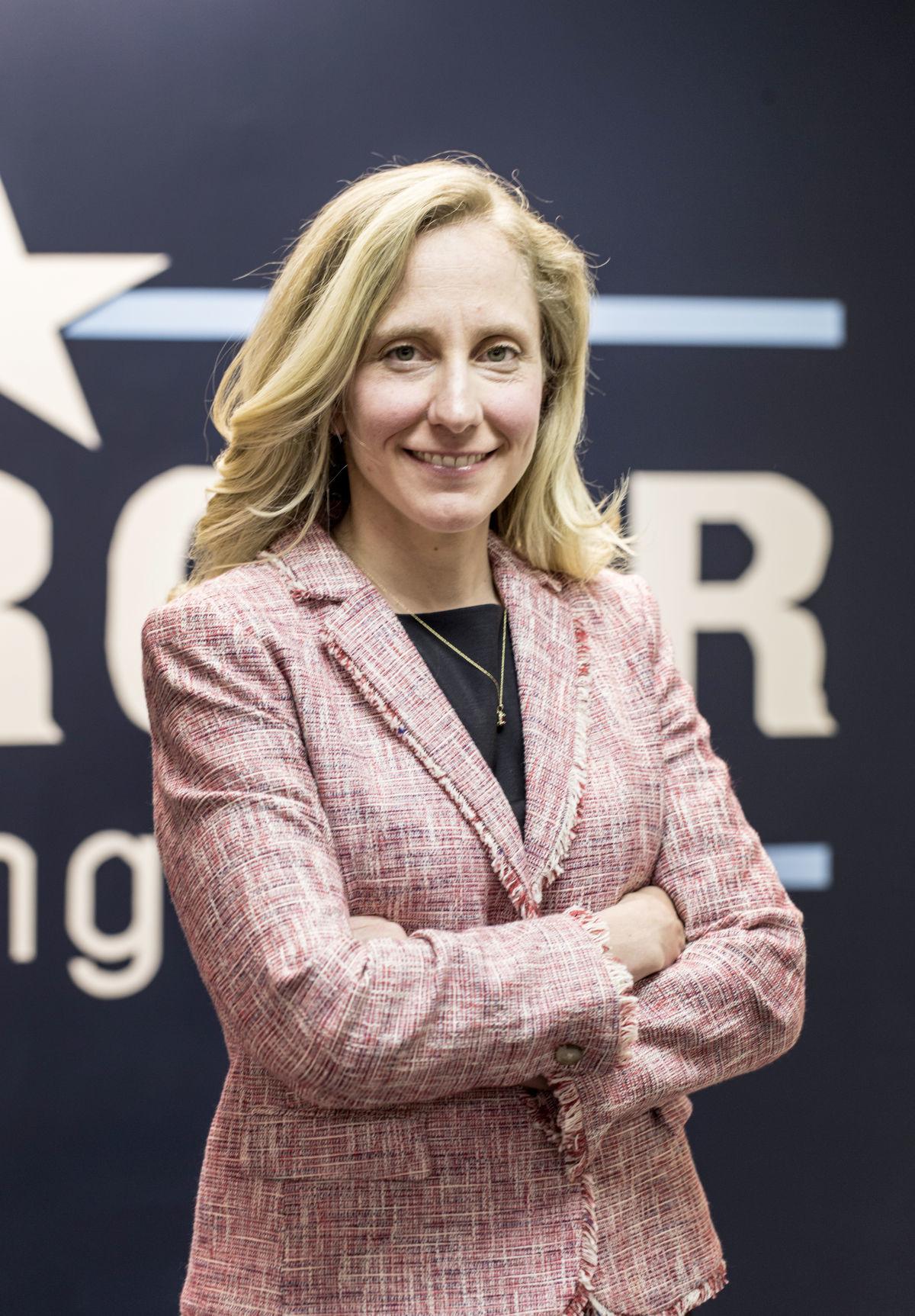 The campaign of Democrat Abigail Spanberger on Wednesday confronted and kicked out a volunteer who was working with Project Veritas, a conservative group that has used deceptively edited undercover video to try to embarrass Democrats and others.

The fake volunteer showed up a few weeks ago at Spanberger's headquarters in Henrico County, said she was pregnant and wanted to volunteer, said Justin Jones, a Spanberger spokesman. Staffers became suspicious after the woman began asking awkward questions of junior-level staffers trying to get them to say things that weren't true, he said.

Staff members looked at a website dedicated to exposing people who work with Project Veritas and found on the site that the woman who gave the name "Monica Nelson" was actually Marisa Jorge, of New York.

Spanberger is in a competitive race against Rep. Dave Brat, R-7th, in a district of national importance as Democrats try to flip control of the U.S. House of Representatives. The 10-county district includes portions of Henrico and Chesterfield.

The Veritas staffer recorded video covertly in the office, which regularly has hundreds of volunteers coming and going. The Spanberger campaign released its own video of campaign manager Dana Bye confronting her and kicking her out.

"Dirty tricks like these are the worst part of politics, and this is exactly what Abigail is running to change," Bye said in a statement.

Bye added, "While others may scrape the bottom of the barrel out of desperation, Abigail and our campaign will remain focused on talking to our neighbors on their doorsteps about the issues that matter to our community - that’s the campaign voters deserve and it’s the campaign that we believe will carry us to victory."

Brat campaign manager Katey Price said: “The Brat campaign was not involved nor aware of any alleged work by Project Veritas."

The fake volunteer emailed a member of the campaign team on Sunday requesting a 20-minute meeting with Spanberger, who is a former CIA officer.

"I am currently 5 months pregnant and explained to Abigail Friday night that when I was in my first trimester, I struggled with Hyperemesis," the email said. "When I hit the middle of my second trimester, I started feeling a lot better and began to get very bored just being at home while my husband was at work. I decided to volunteer for the campaign and it was one of the best decisions I have made. Before I got pregnant and sick, I was planning to go to law school but I decided to not go for a number of reasons.

"Abigail has been a great a role model for me seeing her being a mother of 3 all while running for political office. This has really got me thinking about starting a website to encourage moms to follow their political passions."

James O'Keefe, the founder of Project Veritas, pleaded guilty in 2010 to a misdemeanor charge stemming from an undercover operation at the office of then-Sen. Mary Landrieu in Louisiana.

Last year, The Washington Post exposed a Project Veritas staffer who approached the newspaper with a false story that Roy Moore, the Senate candidate in Alabama who had been accused of sexually preying on young women, had impregnated her when she was 15.

Among other recent targets for the group is Rep. Kyrsten Sinema, a Democrat running for U.S. Senate in Arizona.

When asked why the group targeted Spanberger, a spokesman sent a statement from O'Keefe by email saying the group likes to find out what politicians are saying and doing behind closed doors, and tell voters about it.

These Right Wing marauders proves once again why Republicans, and their designated henchmen, are enemies of democratic governance! Do THEY have no shame?

To show my disgust with Right Wing terror against my country, I will not be voting for any candidate associated with 'Project Veritas' or the Republican Party!

Nor will most Americans.

Spanberger worked for the CIA where being a pathological liar is a prerequisite for employment. Talk about the pot calling the kettle black.

It’s customary for Rump’s voters to diss the brave men and women protecting America every day. Fred is a great argument in favor of voting Dem this coming Turleaday.

Ask Mark and Anita Hile - Brat's buddies who had been posting on social media weeks ago about Project Veritas having someone at the Spanberger campaign - how they knew this. And if they knew, of course Brat knew. He lies constantly. As the song goes "if your lips are moving then you're lying." Apparently with Brat it also works with his pen as he apparently plagiarized most of his writings from Bernanke.

You GOPers are so entwined with Russia you think spying is natural and acceptable. Spying in this case is lying -- about one's identity and role -- my friend. Suggestion: Google the word "honor" and the word "truth" and start reading. Way to go, Abigail -- boot out the vermin.

What does Abby have to hide?

Project Vertas does not care that there is nothing to hide. They are there to get people on camera so they can doctor a video with whatever story line they think the right will eat up.

Nothing from honest brokers. Project Veritas has been known and convicted of lying and misleading its audiance.
Dont do business with liars, dont vote Republican

You miss the point, and that's the point. You GOPers are so entwined with Russia you think spying is natural and acceptable. Spying in this case is lying -- about one's identity and role -- my friend. Suggestion: Google the word "honor" and the word "truth" and start reading.

Abagail is a dyed-in-the-wool Liberal. Having said that, it doesn't appear that she is devious or underhanded, at least for a politician. I don't agree with many of her views, that, presumably, will translate to her interests in Congress. But, the world is not going to end if she is elected. I will tell you wonderful ideologues out there that she will become corrupted by her position, should she win the election. Power corrupts, and congressional power corrupts all those who touch it!

What is your solution? Disband congress?

Just shows how desperate the Nazis are getting...

The oligarchy must be scared -- the entire starting team is losing so now they're bringing in the scrubs, the rat-f***ers.

Project “Veritas” tactics failed against planned parenthood... it was sure to fail to someone as wise and capable as Spanberger.

Project Veritas is nothing but a propaganda generator for extremist Republican Christians. When will decency return to the GOP?

49 out of 51 Republicans voted in favor of Kavanaugh. Just goes to show that the entire party has gone to the dogs. Wouldn't hold my breath waiting for any change for the better. :-(

When lying is a bedrock value in your political party, it is time to declare moral bankruptcy. Republicans, you are morally bankrupt as a party. I hope not as individuals. But until you reclaim a moral compass you will continue to lose voters. An entire generation is witnessing a horrible perversion of the political process and our shared social contract. A week from now, it will be laid bare. But if only electoral losses will lead you to reclaim your moral compass, you are not truly reclaiming it - just covering it over. I keep waiting for my friends in the Republican party to disavow this charlatan of a President. Some have. Others reason that since he is a Republican they must support him. Not true. He is a vile person. A reality TV star for firing people. Abhorrent. As a rich 52 year old white guy I can see it and acknowledge it. Time for you to do the same. If you do, you might not see the generational loss of voters that is happening now. Because there is no way Spanberger should even be competitive in the 7th given the make up of the district, let alone ahead in most of the polls. She is competitive for a reason, and that reason is the unmooring of the Republican Party from basic values, primarily respect for the truth. Get your act together.

And Hillary and Bill are pillars of morality? What about Democrat Shaun Brown in Norfolk, just convicted of defrauding the federal government? I don't think you can condemn a whole party, just individuals in a given party. I agree with you that with Trump at the head of the party, Republicans are somewhat tainted. However, I have faith that with time, the ship will right itself. It may happen via electing Democrats for a while, or simply by finding better Republicans to vote for.

Hillary and Bill are angels compared to the vile immorality and hatred of the party of Rump. The republicans were supposed to turn their backs on the type of behavior they attribute to Bill and Hillary. Instead, they doubled down and use Bill and Hillary as their justification. Hardly the high road they promised the voters.

“Better Republicans?” I guess. When you find ones that do not join the party line on xenophobia and misanthropy and callusnous towards the needs of the poorest Americans. Please just don’t hold your breath.

"whataboutism" is the go-to argument of the right these days. It's all they've got.

I was thinking the exact same thing.

“Staffers became suspicious after the woman began asking awkward questions of junior-level staffers trying to get them to say things that weren't true, he said.”

Attempts to rig the election is per and parcel of the republican playbook under crooked Rump. These tactics didn’t work against Planned Parenthood, they won’t work against Spanberger. She is so clean their only recourse is to try an manufacture dirt. Of course, being ex-CIA, she easily saw the signs.

Spanberger is a strong, amart leader and the best choice for congress from the 7th district. Vote for her next Tuesday, Nov. 6.

They are not now and they never have. You've been lied to. Wake up!!

Nope! Never did and Project Veritas was found guilty in court for propagating the lie.

"I am currently 5 months pregnant and explained to Abigail Friday night that when I was in my first trimester, I struggled with Hyperemesis," the email said.
Yeah, right! And I am pregnant too! Honey, don't ever apply for a job with the CIA. And next time, use a pillow if you are going undercover with this story.