Virginia merchants in and near the I-81 corridor will begin charging new fuels taxes on July 1 to help pay for improvements under a new state funding plan. 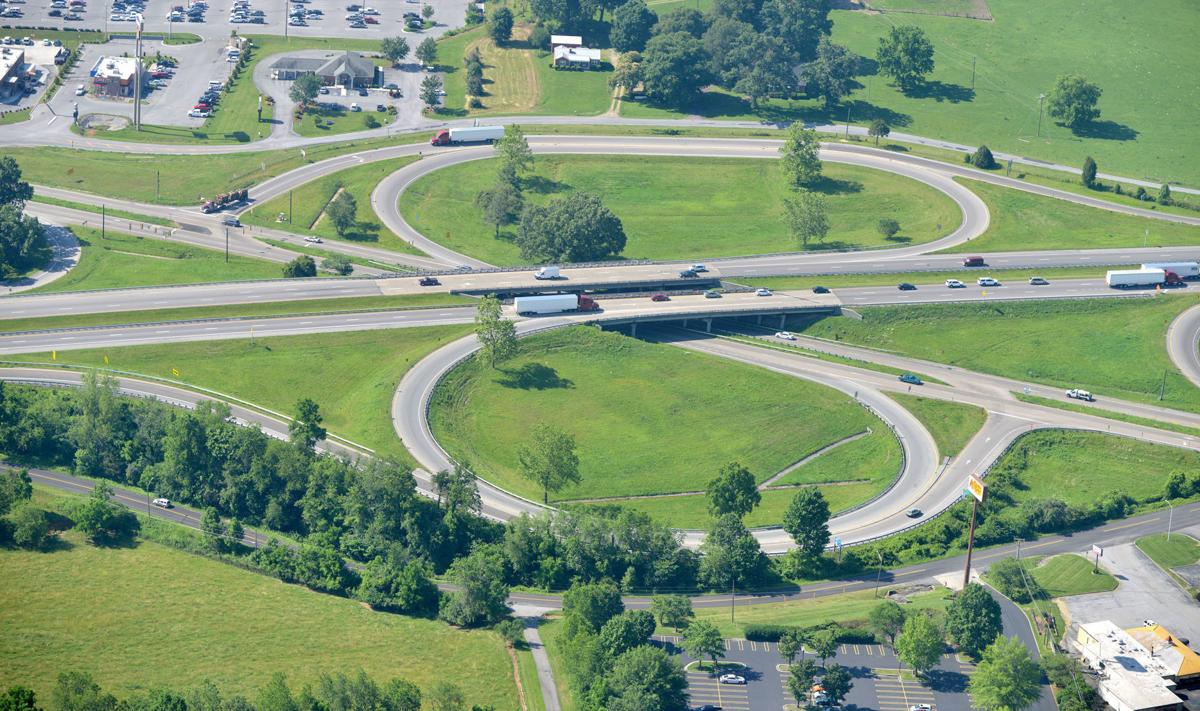 Traffic travels through Abingdon, Virginia, at Exit 19.  Virginia merchants in and near the I-81 corridor will begin charging new fuels taxes on July 1 to help pay for improvements under a new state funding plan.

Virginia merchants in and near the I-81 corridor will begin charging new fuels taxes on July 1 to help pay for improvements under a new state funding plan.

Traffic travels through Abingdon, Virginia, at Exit 19.  Virginia merchants in and near the I-81 corridor will begin charging new fuels taxes on July 1 to help pay for improvements under a new state funding plan.

BRISTOL, Va. — Motorists traveling the I-81 corridor will begin paying more for fuel July 1, and merchants will be responsible for collecting those funds.

State lawmakers approved a dedicated sales tax increase of 7.6 cents per gallon of gasoline and 7.7 cents per gallon of diesel to fund some $2 billion in needed improvements along the 325-mile corridor, stretching from Bristol to Winchester. Those increases go into effect next month, and the Virginia Petroleum and Convenience Marketers Association will host a series of seminars to help businesses prepare for the additional responsibilities of collecting and reporting the new taxes.

The first seminar is scheduled Monday at the Southwest Virginia Higher Education Center in Abingdon.

“We have many people currently operating in Richmond and Hampton Roads that have this add-on tax,” association President Mike O’Connor said Wednesday during a phone interview. “Fortunately, we have people with experience. Unfortunately, many of the people in Southwest don’t have any experience with collecting and remitting this additional tax. We’re bringing in folks from the DMV [Virginia Department of Motor Vehicles] fuels tax section to let them know what the provisions are, how the reporting will be done and how the remission will be done electronically.”

The new law impacts retailers located directly along the interstate and in many adjoining counties. It dictates that merchants within certain planning districts will all charge the higher tax rate, even if the business is miles from the interstate.

A map provided by the association shows that, in this region, all fuel merchants in the city of Bristol, Virginia, along with Washington, Smyth, Wythe, Grayson, Bland, Carroll, Pulaski, Floyd, Montgomery and Giles counties are to collect the new tax.

The original legislation included a provision to impose tolling on vehicles using the interstate, but that met with substantial opposition. That bill was gutted and reduced to an extended study before Gov. Ralph Northam proposed raising the fuels tax to create a dedicated revenue stream for Interstate 81.

“We did not favor this approach, but our responsibility is to make sure the tax is collected on every gallon,” O’Connor said.

The association and its members fear the higher taxes will prompt motorists to buy fuel other places not required to charge the higher rate.

“It’s not exclusively a fuel issue in a case like this. I don’t think you’ll see people going from Washington to Russell [counties] to buy gas. I think it will be more pronounced further north,” O’Connor said. “In addition to that are the incidental sales of soda and candy, cigarettes, ice and whatever else.”

“They’re projecting $60 million the first year in fuel tax, but I guess time will tell if that turns out to be true or not,” O’Connor said.

Tax all or tax none. It is easy for 2/3rds of our reps to tax the other 1/3rd of Va. This is not representative government. This was dictated by a one term governor, without intelligent thought but for his personal agenda of self. Shame on all our so called reps.

OH! The Republican party must be sleeping on the job to pass a tax increase anywhere in Virginia, that is not part of the 'party creed'. Woe to those delegates and senators who approved that one, their seats will be in jeopardy.

Idiots. A burden on the rural and defenseless who have nothing to do with I-81. Several of these counties, together, have about 6 fuel stations and are far from 81. W.Va will collect about $200 mil. on about 40 miles of interstate this year. Va. will, maybe, collect 80 on 325 miles. Brilliant. Looks like W. Va. will sell more fuel, booze and lottery to many Va. residents.

When travelling North to Western Pa we used to fill up in Winchester to avoid some of the higher prices elsewhere. Guess we will have to rethink our gas purchases and locations. Easy enough to do.