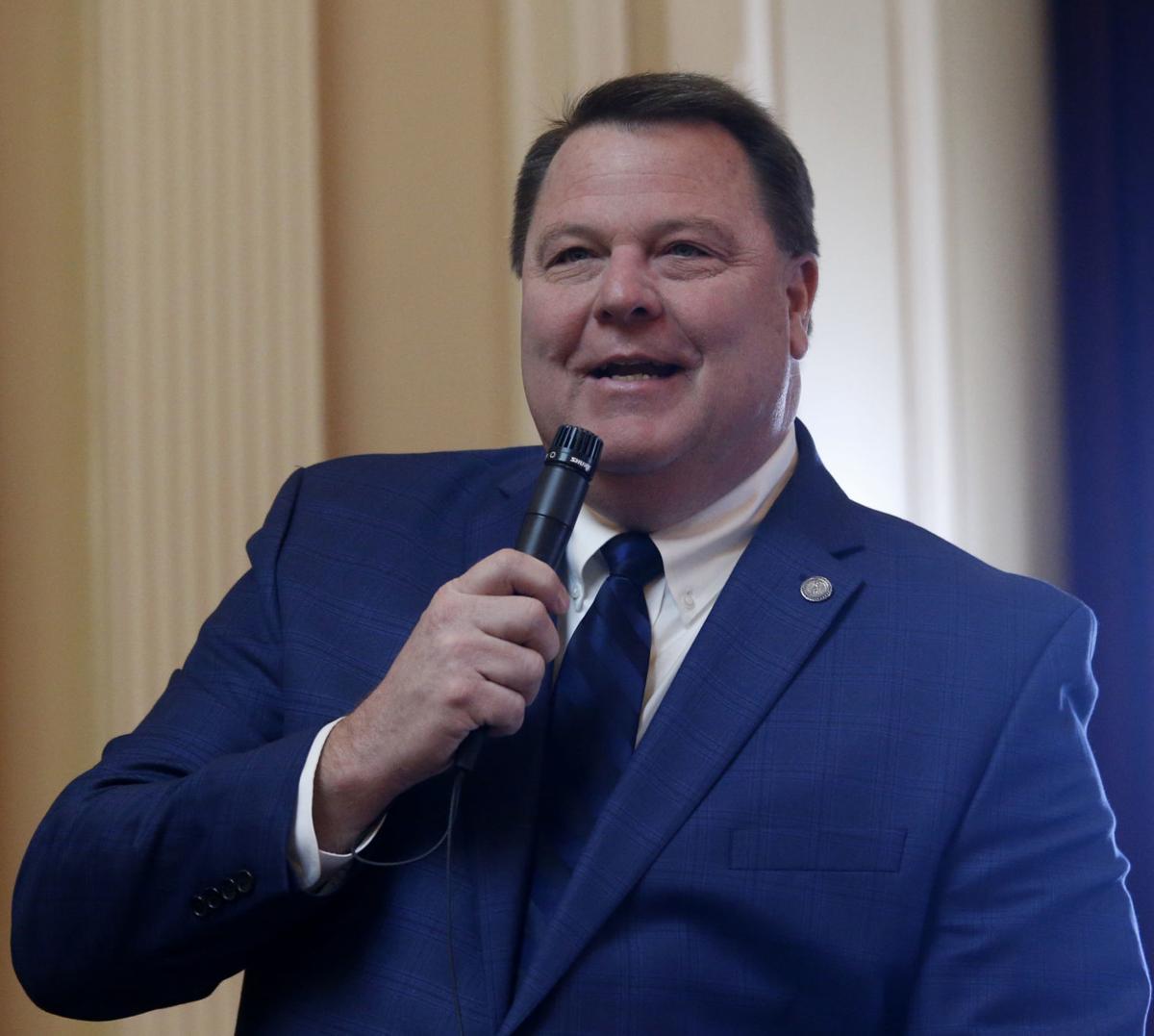 In this Feb. 4, 2019 image, Sen. Bill Carrico, R-Grayson, speaks for his bill to allow casino gambling in certain parts of the state. 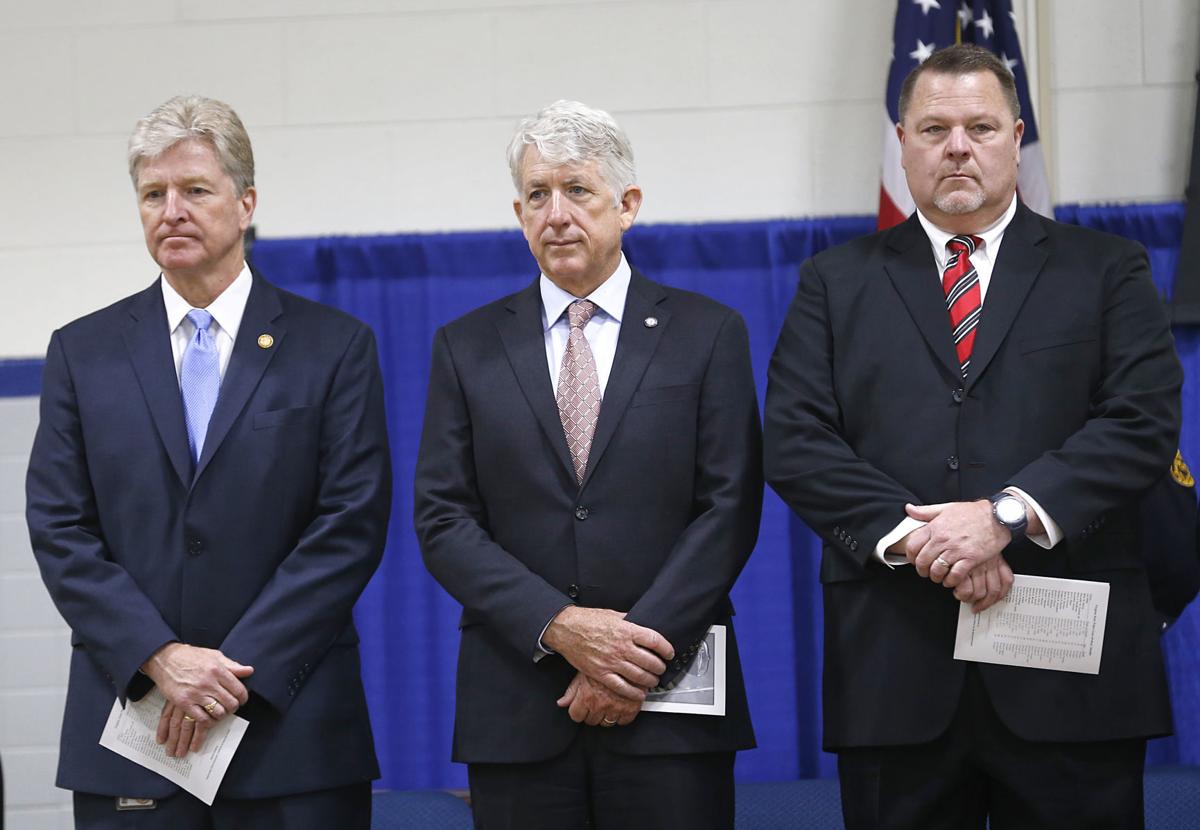 Former Virginia state Sen. Bill Carrico, R-Grayson, said Thursday he is close to making a decision on a potential run for governor, with an announcement expected in September or October.

“I feel a calling. My heart has always been in public service. Seeing the direction that Virginia went right after I left, I have this desire to do it,” Carrico said during an interview with former Del. Chris Saxman, who is now the executive director of Virginia Free, a business advocacy group.

Carrico, a former Virginia State Police trooper, served in the General Assembly from 2002 until the end of his final Senate term this year. He announced last year he would not seek re-election, saying that it was his “season to leave and begin the next chapter of my life.”

Now, Carrico said he feels a “calling” to run for governor, citing a passage of the Bible about a man called by God to battle.

Sen. Amanda Chase, R-Chesterfield, is the only Republican who has officially announced a run for governor next year. Entrepreneur Pete Snyder, who lost a bid for the 2013 nomination for lieutenant governor, also is considering running.

During Thursday’s interview, Carrico also weighed in on the unrest in Richmond and the broader national conversation about police reform. Carrico said he doesn’t support calls to defund police departments and that the conversations around it “is one of the driving forces for my thoughts on coming back.”

“People want to feel secure in their state, that their government is offering safety of their property and their person,” he said. “I think people realize there has to be a need for law enforcement out there.”

Carrico said that a policy proposal published by the Virginia Black Legislative Caucus on Thursday, which would boost police accountability and shift funds to community services, goes “way too far.”

At the same time, Carrico said he opposes calls to limit the use of sovereign immunity, a part of state law, to shield individual police officers and their governing bodies from civil liability for violations of constitutional rights. He also argued that shifting police funding to mental health services, and asking those providers to respond first to calls of a mental health crisis, could put service providers at risk.

“This list that they have is going to cost us a half billion dollars to implement,” Carrico said.

Asked about the broader conversation on systemic racism, which results in inequitable health, education and justice outcomes for people of color in the state, Carrico said: “I don’t know if it’s a racial issue as much as a prejudice issue.”

He added that “the question we gotta ask,” is whether a “color individual or a white individual,” is being treated differently. He added that his first call on Father’s Day was from an African American friend.

“I don’t see the color of his skin. I think we’re in a time now that we don’t see that as much as we did in the early ’60s.” He said, “We are able to look at the prejudice instead of calling this a racism issue.”

Carrico was a key advocate for funding for state police and for law enforcement generally.

He also was a key backer of legislation that will let residents of Bristol and four other cities decide whether to have casino gambling.

For example, in 2019 Carrico introduced a measure that would have allowed school boards in the state to offer a high school elective course on the Old Testament and the New Testament. The measure was left in the House Appropriations Committee.

Chase introduced a similar measure this year. The Senate Education and Health Committee defeated the bill in January.

In 2016, then-Gov. Terry McAuliffe vetoed a bill Carrico sponsored that would have created new legal protections for religious opposition to same-sex marriage.

That year Carrico also introduced legislation that would have allowed clerks of court and their deputies to refrain from issuing marriage licenses to same-sex couples based on their personal objections.

McAuliffe will easily return to the Governor's Mansion.

Warner will easily win re-election to the Senate.

There is no story here.

When someone tells you they "don't see skin color" they're actually being dismissive of the concerns, experiences and issues of racism.

Carrico's history in the GA: has boundary issues, i.e. he can't seem to separate church and state; huge recipient of coal/natural gas monies and voted accordingly; supported by far right groups like VCDL and Family Foundation.

He would make a great Governor!

Of course you'd love him, Bill -- you wouldn't have to vote for a woman in order to get your boxes checked.

Why? Because he's a bigot and a homophobe? Are you, too?