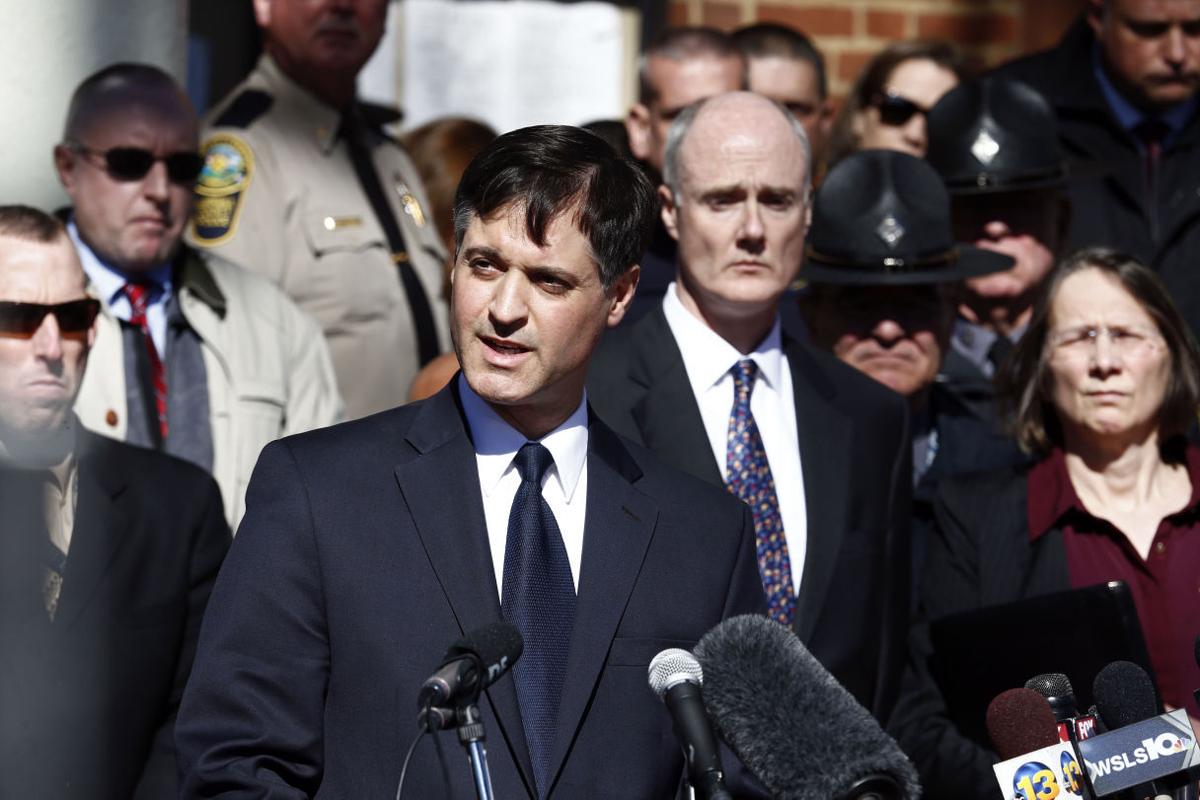 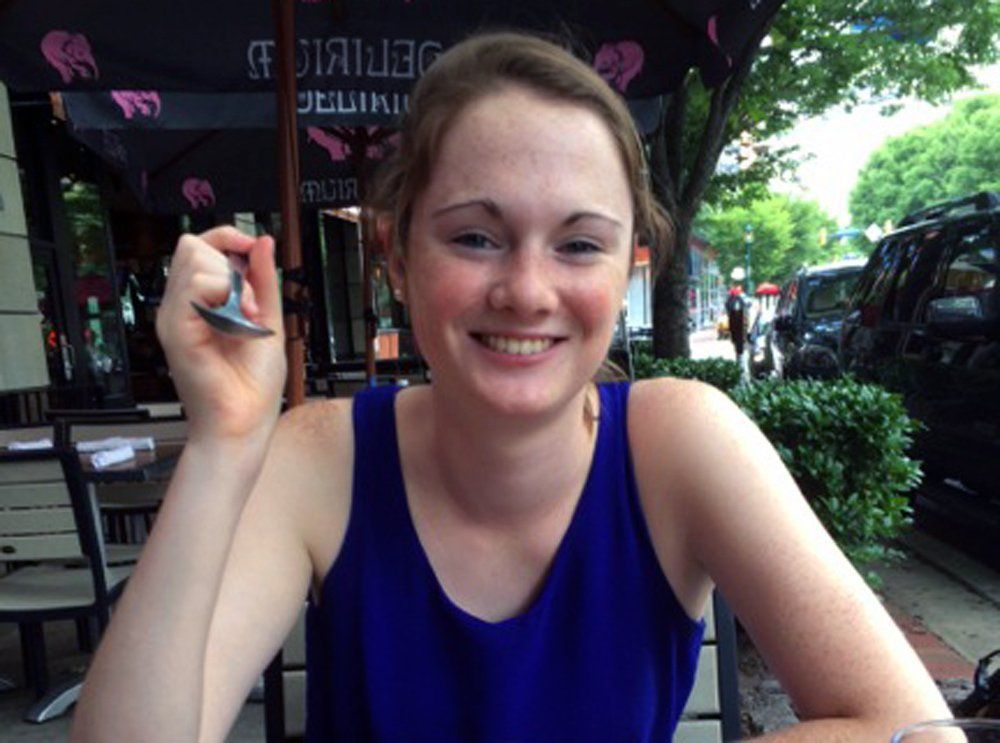 CHARLOTTESVILLE — Jesse L. Matthew Jr. pleaded guilty Wednesday to first-degree murder and abduction with the intent to defile in the killings of Virginia college students Hannah Graham and Morgan Harrington.

The plea agreement includes four life sentences, to be served consecutively with no chance of parole. It allows Matthew to avoid the death penalty, but it guarantees he will spend the rest of his life in prison without the cases having to go to trial.

“They say it takes a village to raise a child. I know it takes one to bury a child,” Gil Harrington, Morgan’s mother, told reporters shortly after Matthew pleaded guilty in Albemarle Circuit Court.

Harrington said the plea agreement has the full backing of the parents of both victims, partly because it guarantees Matthew will never be able to victimize another woman.

Statements of facts filed with Matthew’s plea agreement said autopsies determined that Graham had a broken nose and likely died of suffocation or strangulation, while Harrington suffered a broken arm, broken ribs and a skull fracture.

Matthew, 34, already is serving three life terms in a 2005 abduction, sexual assault and attempted murder in Fairfax. He was sentenced in that case last year.

In a news release, Albemarle County Commonwealth’s Attorney Robert Tracci said the plea deal is “consistent with the wishes of the Graham and Harrington families and provides a measure of legal finality in the cases,” instead of what could have been indefinite appeals.

Matthew showed no emotion during the hearing, looking directly at family members but casting his eyes downward when they discussed the brutality of the murders. He said through his attorney that “he is very sorry, and he loves his family very much.”

Harrington’s father, Daniel Harrington, said in court: “We cannot comprehend the selfish and inhumane action that took place that evening, and we anguish over the suffering Morgan experienced that night.”

Graham’s mother, Susan Graham, said her daughter accomplished great things, but in a way that people never would’ve imagined — she enabled law enforcement to apprehend a “serial rapist” who had been “hiding in plain sight in Charlottesville for years.”

“She is a heroine,” Graham’s mother said.

Matthew, who was a taxi driver before going to work at the University of Virginia hospital, also had been accused of raping students in 2002 and 2003 at Liberty University and Christopher Newport University, where he had played football. But those cases were dropped when the women declined to press charges.

Harrington, a 20-year-old Virginia Tech student, disappeared in 2009 after she stepped out of a University of Virginia arena during a Metallica concert and was unable to get back in.

Graham, an 18-year-old U.Va. student, vanished after having dinner and attending parties off-campus in 2014. She was captured on surveillance video walking unsteadily, and sometimes running, past a service station and a restaurant. She texted a friend that she was lost.

Additional video showed Graham crossing Charlottesville’s Downtown Mall, then leaving a restaurant with Matthew, his arm wrapped around her.

Graham’s disappearance, which came at a time of rising national concern about sexual assaults and other crimes on college campuses, prompted a massive search. Her body was found five weeks later on abandoned property in Albemarle, about 12 miles from the Charlottesville campus and 6 miles from a hayfield where Harrington’s remains had been found in January 2010.

After police named Matthew a person of interest in Graham’s disappearance, he fled and was later apprehended on a beach in southeast Texas. He was charged with abduction with intent to defile, a felony that empowered police to swab his cheek for a DNA sample. That sample connected Matthew to the 2005 Fairfax case, according to authorities.

The DNA evidence in the Fairfax sexual assault, in turn, linked Matthew to the Harrington case, authorities have said.

Had the case gone to trial, prosecutors would have presented evidence and testimony that Harrington was intoxicated and had been seen by multiple witnesses attempting to hitchhike after leaving the concert; at one point, she was spotted standing on a bridge with her thumb out.

Authorities later recovered the shirt Harrington was wearing the night she disappeared; the shirt had human hair on it that matched DNA connected with the 2005 sexual assault case in Fairfax, according to the statement of facts about Harrington’s killing.

In addition to the human hair that ultimately helped authorities connect Matthew to both the 2005 case and the death of Graham, investigators found a dog hair on Harrington’s shirt, which tests revealed likely belonged to Matthew’s dog, Popcorn.

The night before, Matthew told a customer that the taxi fare could be paid with sex acts instead of money, according to the statement of facts.

Graham was also murdered during a state of vulnerability, having been drinking heavily the night of her disappearance, witnesses would have testified.

That night, Matthew had been at bars in Charlottesville making sexual comments — and unwanted sexual advances — toward multiple women.

Shortly after 1 a.m., Matthew walked past Graham, who appeared unsteady and was heading in the opposite direction of Matthew, who then changed directions and followed her, the court document states.

Witnesses later saw Matthew ordering alcohol for himself and Graham before the two were later seen walking arm-in-arm. Graham separated from him at some point, but Matthew caught up to her.

Both sets of parents praised the work of prosecutors and law enforcement in the case and also thanked the public for their support.

Gil Harrington referring to the public’s support as “kindness and compassion you have lavished on our family.”

“We are so blessed,” Gil Harrington said. “We could not have survived the murder of our daughter, Morgan, without you.

“Please, I ask all of you to continue to participate actively in your community. Know your neighbors. Look out for one another. Together we can help save the next girl.”

In an interview Wednesday, Gil Harrington said she had mixed emotions but was particularly feeling relief. She said she and her husband have spent most of their energy in the years since her daughter’s death trying to get justice, but Wednesday’s plea deal will now allow her and her husband to spend energy on other things, including grieving their daughter.

After the hearing, the Matthew family broke its 1½ years of silence, sending Matthew’s uncle, the Rev. Louie Carr, to the microphone at a news conference. Carr expressed the family’s sorrow for the victims’ families and said “it’s hard to understand how a gentle soul” could commit such crimes.

Tracci said prosecutors were able to get the plea deal as a result of the professionalism and dedication of law enforcement personnel and the thousands of volunteers who searched for the victims. He also thanked Harrington’s and Graham’s parents for their courage and determination.

“Seeking justice for their daughters, (the Graham and Harrington parents) have shown determination and resolve in the face of unspeakable loss,” Tracci said.

It’s been nearly 18 months since John and Sue Graham last heard from their only daughter. Fo…

Information from The Associated Press and The Daily Progress was used in this report.