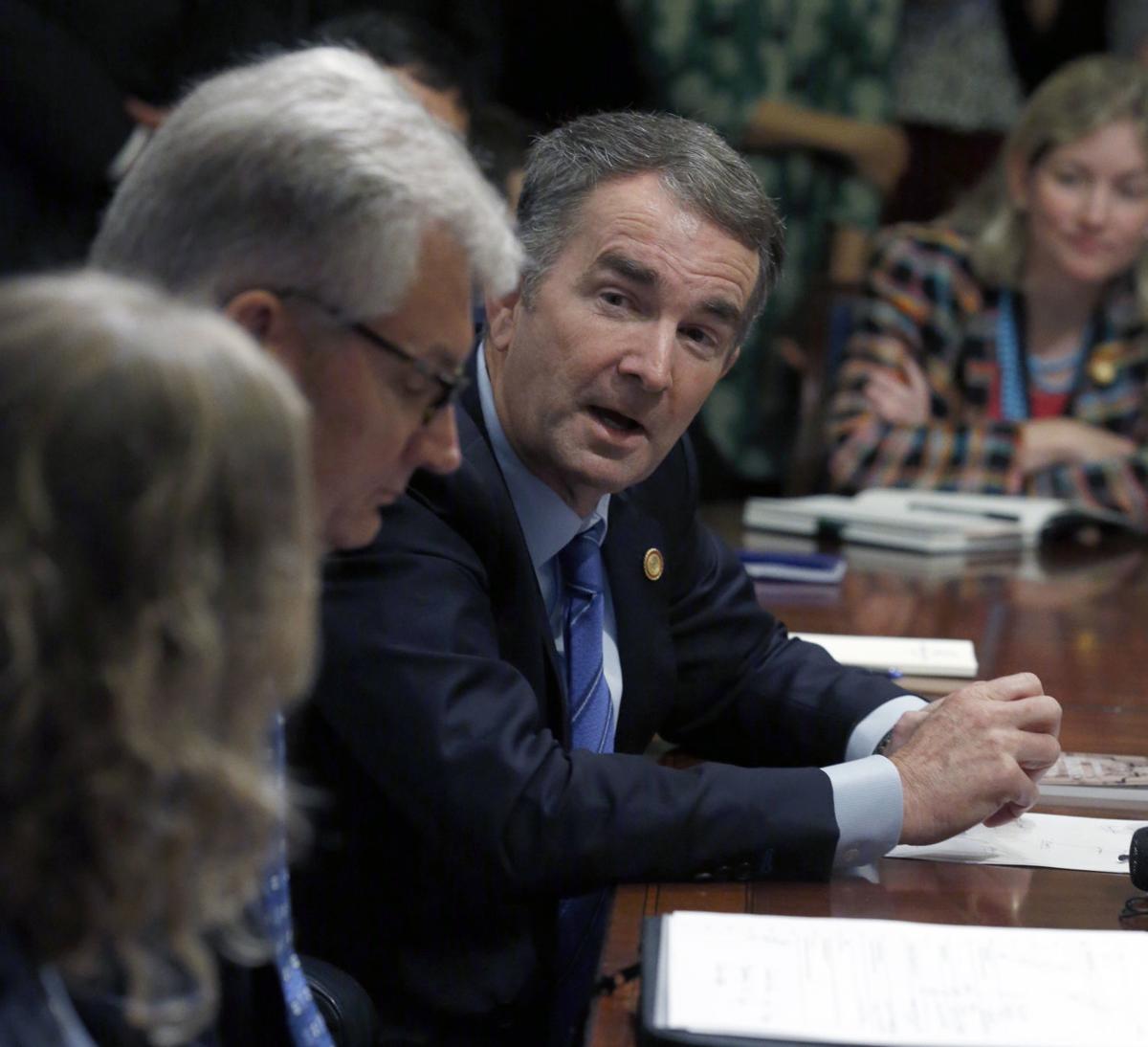 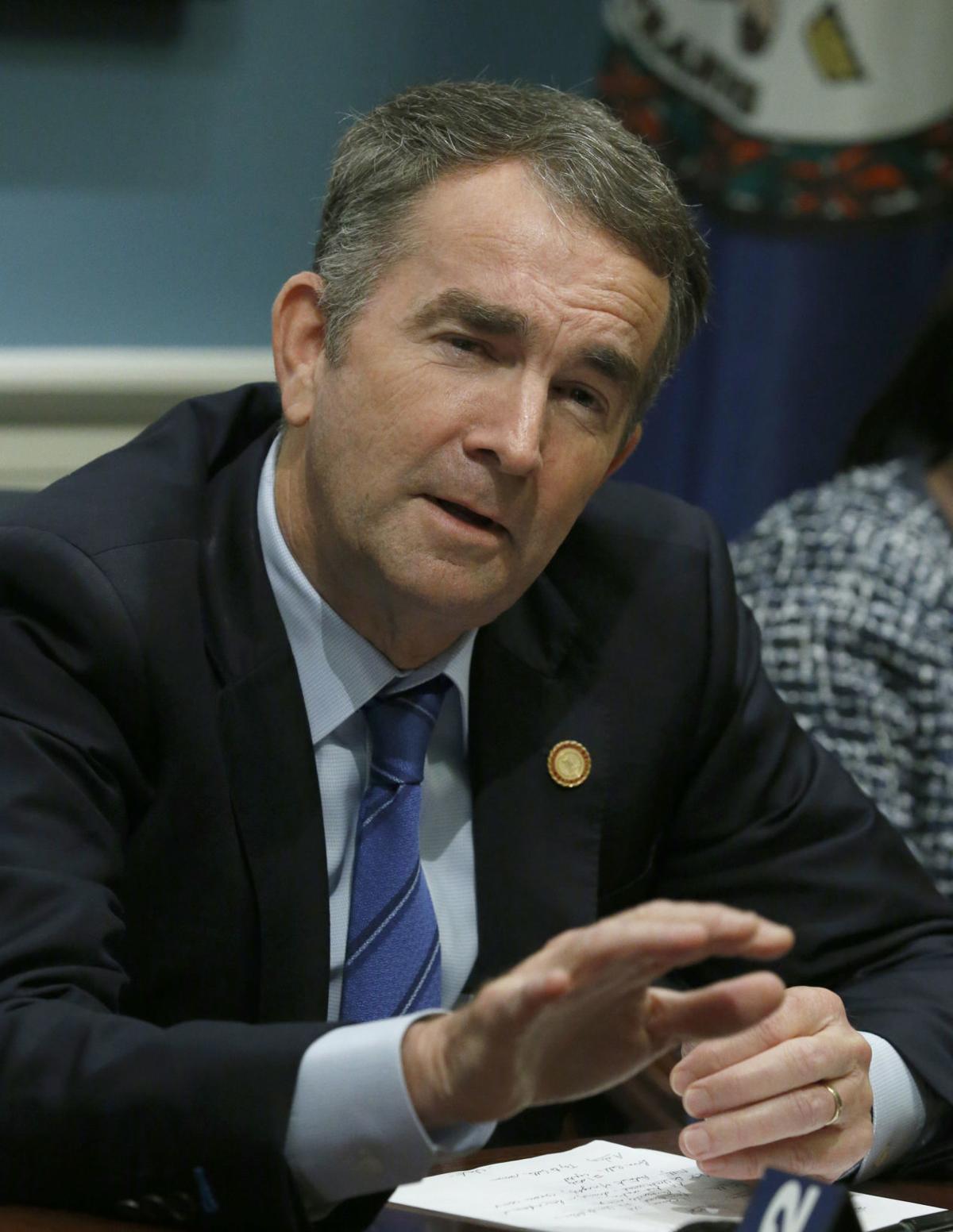 “Virginia’s lights are on and our doors are open, and we welcome new Virginians to make their homes here,” the Democratic governor wrote.

Northam was responding to an executive order Trump issued in late September that gives states and localities unprecedented veto power over refugee resettlements. The order requires state and local governments to consent in writing before refugees can arrive. That would allow a state to ban refugees even if a city is willing to take them, and vice versa.

Details about how the ban would work are being sorted out over a 90-day period. Three resettlement agencies have challenged the new policy in a lawsuit filed in federal court in Maryland, The Associated Press reported last week. At least five other states have indicated that they will accept refugees, the AP reported.

Trump has pitched his order as a way to allow state and local officials to decide what is best for their communities. He has described refugees as a “Trojan horse” entering the U.S. with the intent to attack.

Critics say Trump’s order is meant to whip up xenophobia and dismantle resettlement programs. In September, the administration slashed resettlement totals for the coming year to 18,000 people — the lowest in four decades. That’s down 84% from the record-high 110,000 cap that was set during the final year of the Obama administration.

“In recent years, as the federal government has lowered the number of refugees accepted into the United States, Virginia’s refugee number has dropped,” Northam wrote in his letter. “We have the capacity to accept and help more refugees than we currently have.”

Northam spoke of refugee programs as the embodiment of American ideals.

“The United States has long presented itself as a haven, a place of stability and economic prosperity,” Northam wrote. “We promote the ideals upon which this country was founded, of liberty and freedom. But to uphold those ideals abroad, we must allow access to them here at home. We must practice what we preach.”

He said the state only helps resettle refugees in localities that are on board with that mission.

“These are people who no longer have a home,” the governor wrote, noting that Iraqi and Afghan refugees who worked for the U.S. military and whose lives are now endangered seek to settle in Virginia because of its proximity to Washington.

“History shows us that this could happen to any of us,” he wrote. “We must all imagine ourselves in their shoes, and treat them as we would wish to be treated.”

Ralphie Blackface isn't wasting any time going extreme, is he? Oh, if only the enlightened liberals would see to taking care of our own, our veterans, and our poor, instead of blatantly trying to stuff the voter rolls with more dependent socialist voters. Hang on to your hats, Virginia; they're going to try to make us NY-NJ-MD.

How many people have ever heard of a resettlement agency before this story? How much taxpayer money goes into these groups and exactly what are their responsibilities towards the community and the immigrants? Maybe more will be written about these groups in the future.

Who are these people? As my family struggles with this total garbage health care packages with co- pays and deductibles when I add my employers contribution —- with my premium and then add the deductible I will spend 22,000 before we get any help from our health insurance company. These people we welcome will get better health care with no deductibles and no co pays and that’s is of concern to all of us really stupid legal Americans of all nationalities. The system cannot sustain itself it cannot before it collapses. That is the fact

Another promise for the Latino voter, and others whose relatives are coming over to share in the pie illegally, or based on a lie of seeking asylum. Hallelujah, and period.

Refugees or future Democrat voters? Only the governor knows what he really wants.

Sadly, this is misdirected pseudo-empathy by the Governor...our schools are already over burdened by an increasing percentage of emigres who require services to a higher level than the rest of our populations just to gain parity. I cannot help but expect this to be a reach to gain more voters who can be whip sawed to vote as directed by their support groups (since they were used to being directed by government plutocrats in their own countries...sad.

No, maybe it's just that this Governor has a heart. There's room here. Why should we deny these hard working immigrants and their families an opportunity for a good and rewarding life? What better way to teach America's kids to share with those who are so less fortunate.

You have room in your home?

Rick …. when a liberal talks about having heart, and doing for others, they mean they vote for others to make the room, and pay the cost of said rent.

Liberals actually believe wanting others to help others somehow makes them benevolent .... Evidently, something to with the indoctrination they had as kids. Hallelujah, and period.

We already share...if you want to, then why do you not support LEGAL immigration? Why do you and yours push to have migrants crossing in droves without any verification or validation...some of whom are lawless, ie. recent losses of innocent life to illegal migrants.

Gwenn , have you totally lost your mind . Let unvetted Illegal aliens into our country and reward them with Free Medical , Free housing , Free Food , Free Eduction and a Free phone ; while hard working Americans foot the bill and do without . . . Stop drinking that poisonous , liberal Kool Aid . Theses illegals are taking Americans jobs and Ralph Northam wants to sponsor this by reaching in you wallet ! This Governor doesn't have a heart . . . all he wants is to buy some votes to hurt Trump !