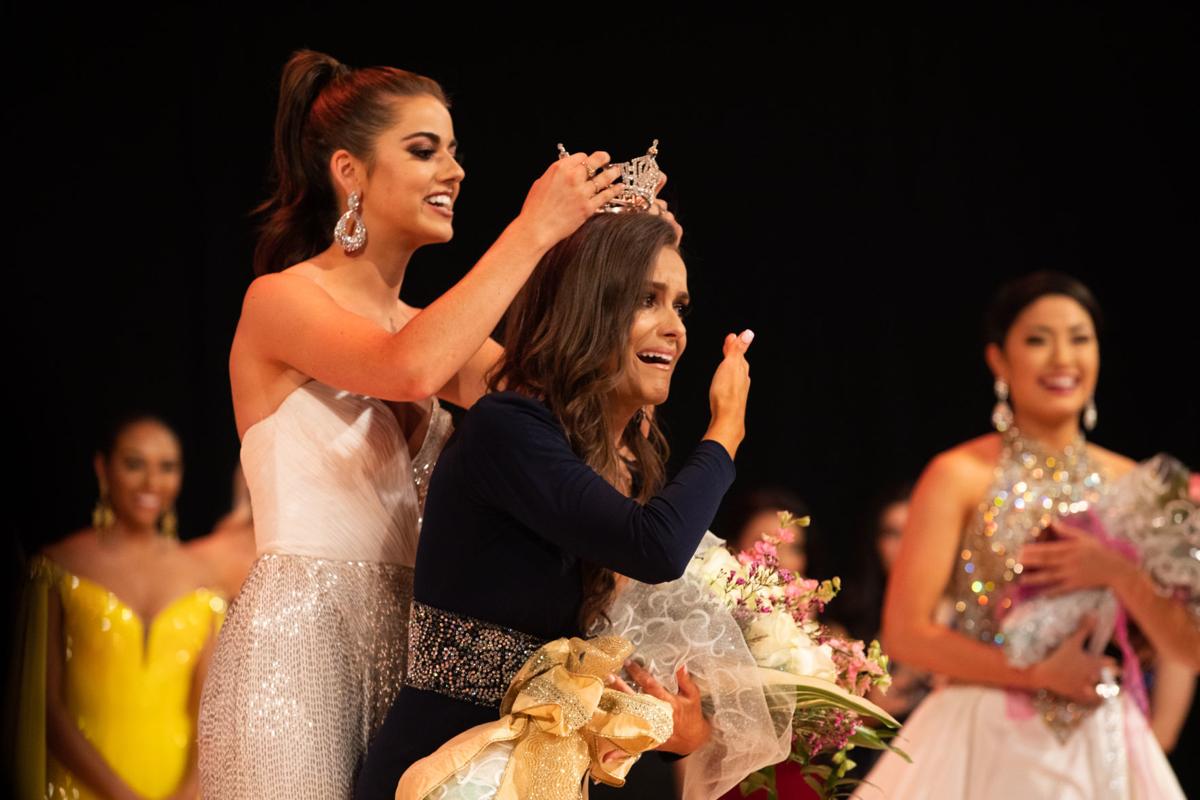 2018 Miss Virginia Emili McPhail crowned Camille Schrier after she was named Miss Virginia at the 2019 competition Saturday at Liberty University . 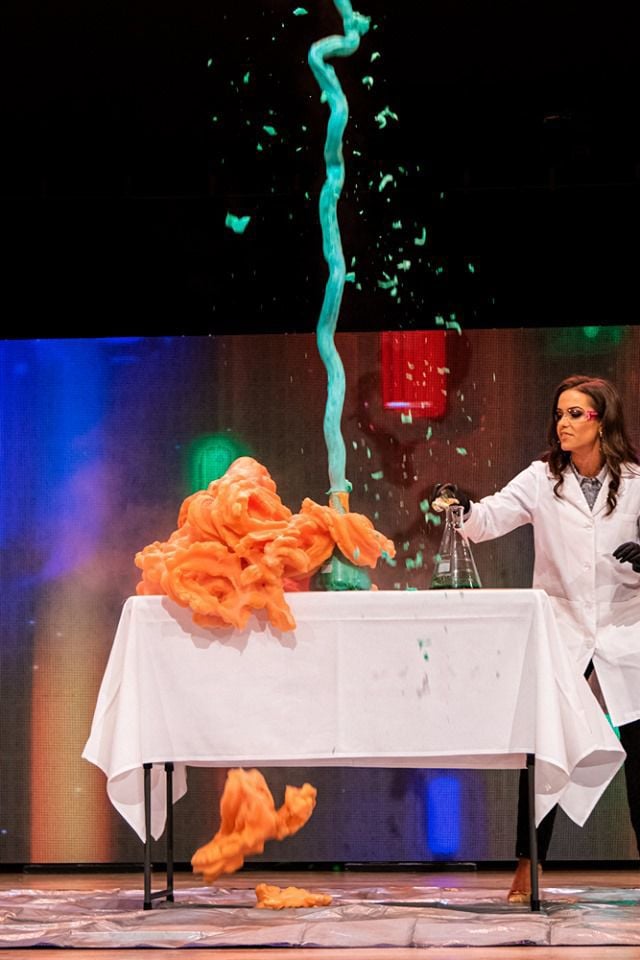 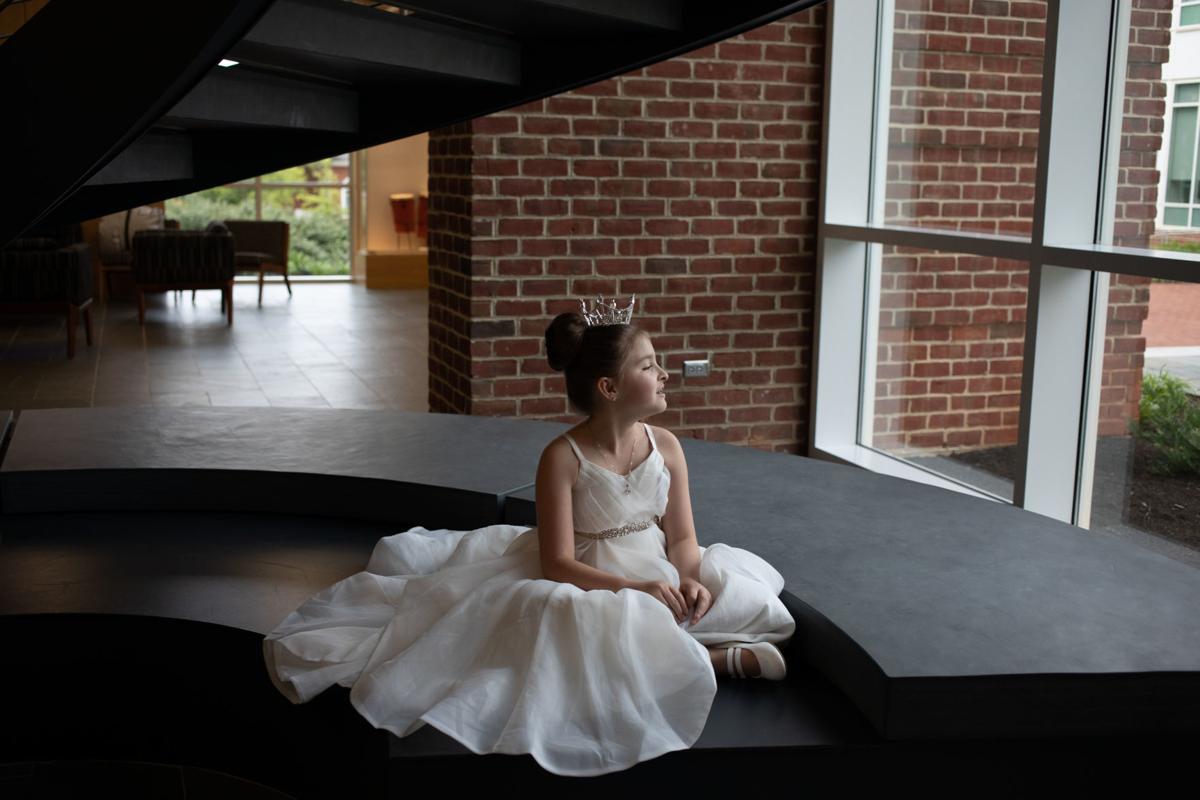 Miss Cardinals Princess Madison Needles, 9, looks out the window in the lobby before the Miss Virginia Competition at Liberty University. 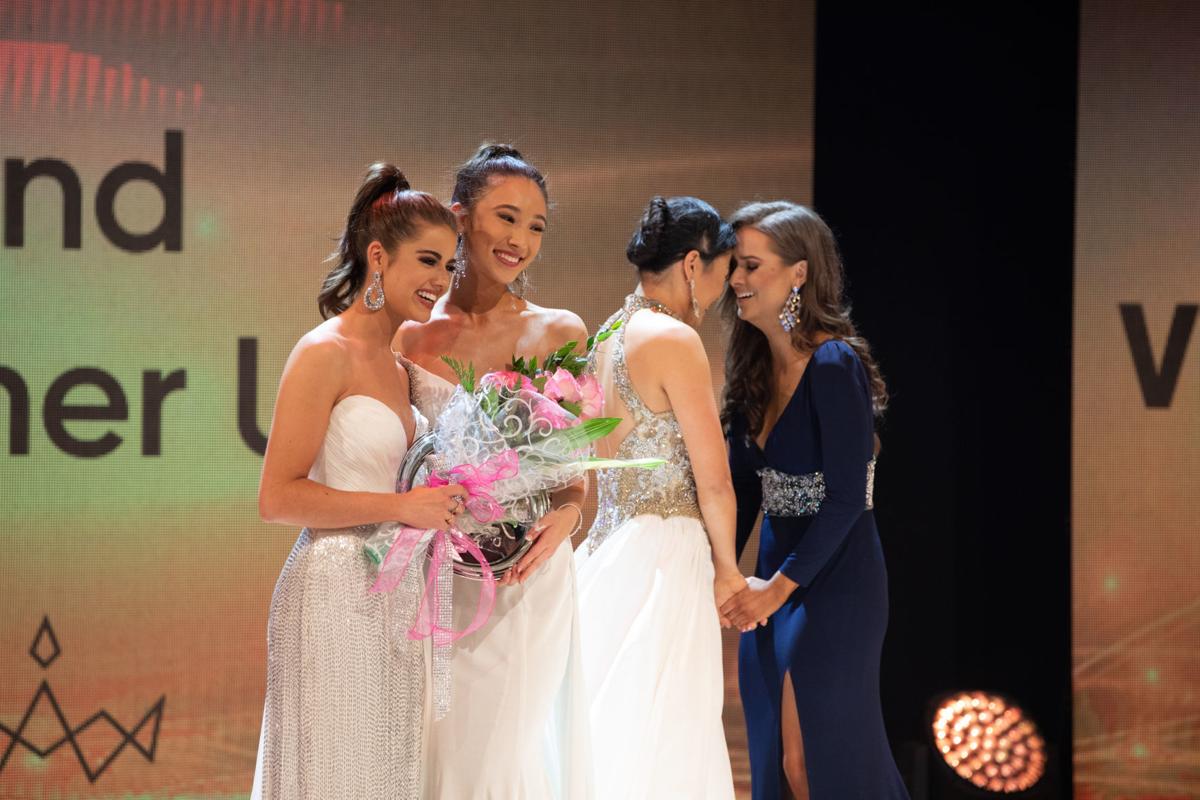 2018 Miss Virginia Emili McPhail crowned Camille Schrier after she was named Miss Virginia at the 2019 competition Saturday at Liberty University .

Miss Cardinals Princess Madison Needles, 9, looks out the window in the lobby before the Miss Virginia Competition at Liberty University.

At 18, Camille Schrier decided to stop competing in pageants.

Having been accepted to Virginia Tech to pursue a science, technology, engineering and math education, Schrier wanted to prioritize academics. Besides, she didn’t have a “traditional” talent — dancing, singing or something else that translated well to a stage.

Her feelings changed last year, when the Miss America Organization pursued a rebrand, coming up with “Miss America 2.0,” a promise from the nearly century-old organization to emphasize candidates’ social impact initiatives rather than their outward appearances, a move that included phasing out the swimsuit competition.

Newly armed with her science degrees and a belief in the changes the organization had made, Schrier re-entered the pageant scene. The decision paid off Saturday, when she was crowned Miss Virginia 2019 at Liberty University. A graduate student at Virginia Commonwealth University pursuing a doctor of pharmacy degree, Schrier made science as integral a part of her pageantry as it is to her studies.

A Pennsylvania native, Schrier moved to Blacksburg for college and then to Richmond for graduate school.

Twenty-four women competed for Miss Virginia this year, the second time Liberty has hosted the competition. Preliminary rounds, featuring talent, evening wear and an onstage question — but not swimwear — were held earlier in the week, narrowing down the field .

Schrier impressed the judges in Friday’s talent portion of the competition, performing an onstage science experiment to demonstrate the catalytic decomposition of hydrogen peroxide.

Clad in a white lab coat, safety goggles and protective gloves, she mixed chemicals into beakers and yielded an explosion of blue and orange foam-like substances; her heels, visible under the table, seemed to be the only vestige of a competition that until very recently featured bikinis rather than lab gear. Her experiment won the preliminary talent award and a $1,000 scholarship.

Calling herself a “nontraditional” candidate, Schrier said her win of the preliminary talent award and the overall competition validated her risk-taking ability and belief in Miss America 2.0.

“We are typically an organization that sees people that are fabulous dancers and really talented singers use that as their talent, and so for me to come out there and take a risk and do a science demonstration was very different,” she said. “As someone who is breaking the boundaries and breaking stereotypes for what talent looks like at Miss America, I wanted to be a little out of the box, and it really worked out.”

On Saturday, finalists competed in each category again before the winner was announced. More than $75,000 in cash scholarships, as well as additional in-kind scholarships, was available to contestants this year. Schrier’s winnings from the weekend totaled $21,000, which will be significant for her ability to afford graduate school, she said.

Upon winning, Schrier was “overwhelmed in the best way,” falling to the floor in her evening gown and crying, taking about 30 seconds to stand back up due to her shock. As the winner, she will get to compete in the Miss America pageant, which has not yet announced a date or location.

In her role as Miss Virginia, Schrier will travel the state, appearing at events and promoting Mind your Meds, her social impact initiative that aims to promote drug safety and abuse prevention.

She said she is excited to travel to elementary schools and perform versions of her winning science experiment, speak to caregivers and parents about medication error and discuss the opioid epidemic, educating people about opioid overdose reversal medication such as naloxone, which she is trained to administer.

The new Miss Virginia said she hopes her win inspires both women with nontraditional talents to know they have a place in Miss America and young women and girls she meets to see her having success in STEM, a field where women are traditionally underrepresented.

“They can look to me and say OK, she’s a woman who is able to be successful in a organization like the Miss America organization, but she’s also a scientist,” Schrier said. “I truly am a woman of science — that’s my career. So [I want] to be able to break those barriers and to really inspire young women and men to follow this path if that’s something that they’re passionate about.”