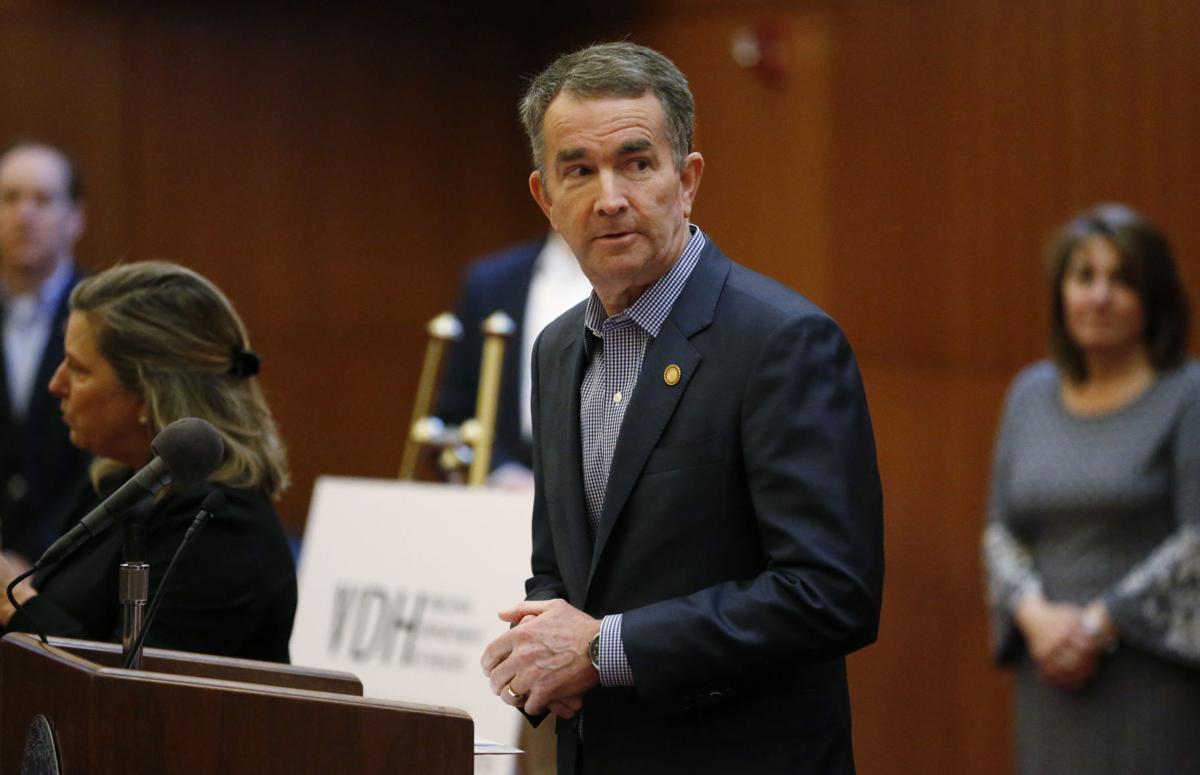 They are of like mind, though, on what they consider a necessity: an emergency session of the Virginia legislature on COVID-19.

Norment, from James City County — an early epicenter of the coronavirus, is the Senate Republican minority leader. He jumps at opportunities to restore his party’s relevance. Norment fears the pandemic’s hit on the state’s finances.

Foy is a two-term Democratic Prince William delegate who is also running for governor. She worries about the toll of the coronavirus on workers, families and health care.

Samirah is a freshman Democratic delegate from Fairfax whose timing for speaking his mind in a crowded room is peerless.

That includes noisily interrupting, in protest, President Donald Trump’s address to the General Assembly last summer in Jamestown and telling an antsy-to-adjourn House of Delegates last week it should return ASAP to assist Virginians through the crisis. Samirah was the first lawmaker to propose a special session.

Of such a session now, Gov. Ralph Northam is saying thanks but no thanks.

That doesn’t mean that there won’t be one, though it apparently did not come up during a conference call for all legislators Tuesday evening organized by the governor’s office and featuring Northam’s health and safety secretary and chief legal adviser.

It is unlikely the General Assembly will call itself into session, which it can do — and which a senior Republican delegate proposed during the punishing recession of the early 1990s because he disliked Gov. Doug Wilder’s go-it-alone approach on spending cuts to balance the budget.

This health emergency is pushing state government into uncharted territory on a scale perhaps not seen since the 9/11 attacks in 2001 in New York City, Pennsylvania and Northern Virginia.

That trauma, which disrupted services across Virginia, forced states to craft plans for keeping government open at a time when people presumably are most dependent on it: a catastrophe.

There have been little-noticed reminders of steps taken by Virginia, including in recent years that at least one member of the House not attend the governor’s annual State of the Commonwealth message — just in case the unthinkable occurred.

For two hubs of power — the General Assembly and the governor’s office — another contingency includes dispatching staff to work from home.

The clerks of the House and Senate — busy getting to Northam the last 88 of the 800-plus bills sent him during the just-concluded session — have employees alternating two days at home, two days at the office and taking turns working in the office on Fridays.

The schedule will be in place through at least the end of March, when officials will consider reopening to the public the state Capitol and Pocahontas legislative office building, both of which were shuttered Monday.

Notwithstanding the governor’s executive order Tuesday directing state and local officials to enforce a ban on 10 or more people gathering in public, the General Assembly can meet only in public — in the plain-view sense of the word.

The Constitution and state law require it, with the former making a narrow exception for the legislature not convening because of “an enemy attack upon the soil of Virginia.”

The open meetings law prohibits the legislature from convening via electronic hookup, such as telephone and television. There is an exception for offseason meetings of General Assembly panels. Members can participate by telephone — only if the meeting has been advertised in advance and present is the minimum number of members required for business to proceed.

The General Assembly is supposed to meet again April 22 to act on Northam’s recommended revisions to — and vetoes of — bills passed this winter. That date is set by the state Constitution, which requires the legislature reconvene six weeks after the close of its annual session.

The spring session would, then, seem a certainty. Perhaps less certain is where delegates and senators would meet.

The rules of the House and Senate allow the speaker and Senate Rules Committee, respectively, to decide where lawmakers convene. There have been ceremonial sessions in Williamsburg and Jamestown, but necessity has required the General Assembly meet in unlikely settings.

That includes Charlottesville during the Revolutionary War and a tobacco warehouse in Richmond while the Jefferson-designed state Capitol was being built.

Social distancing might not be possible in the clubby confines of the Senate chamber or the cramped quarters in which the House sits. And the Pocahontas building is as roomy as a Petri dish.

Still, there apparently has been little or no discussion about a safer, alternate venue, one where — if cascading events demand it — Norment, Carroll Foy and Samirah just might get their emergency session.

How about having them meet at Parker field? Whoops I mean The Diamond. You know, Nutzy’s Nest. Lots of room to allow for six feet apart spacing. And it’s available cheap.