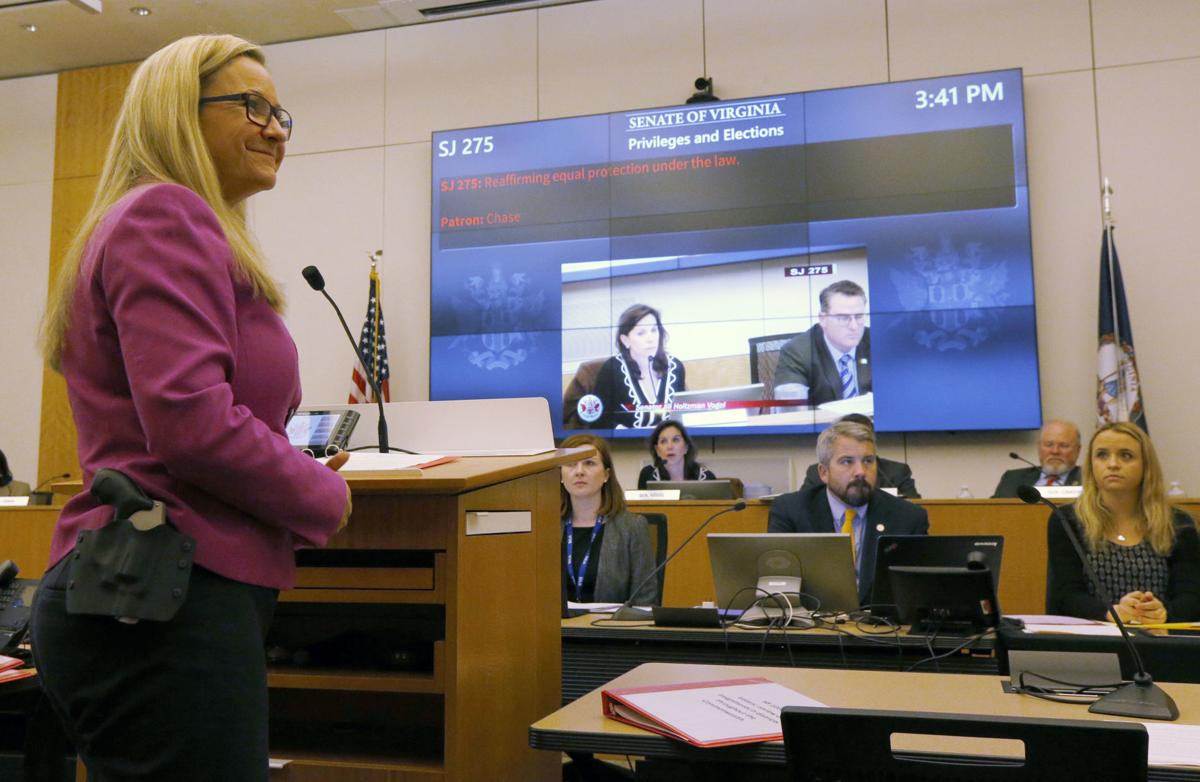 Sen. Amanda Chase, R-Chesterfield, wore a pistol while presenting a resolution during last year’s session of the General Assembly. Chase has scheduled an announcement for Monday. 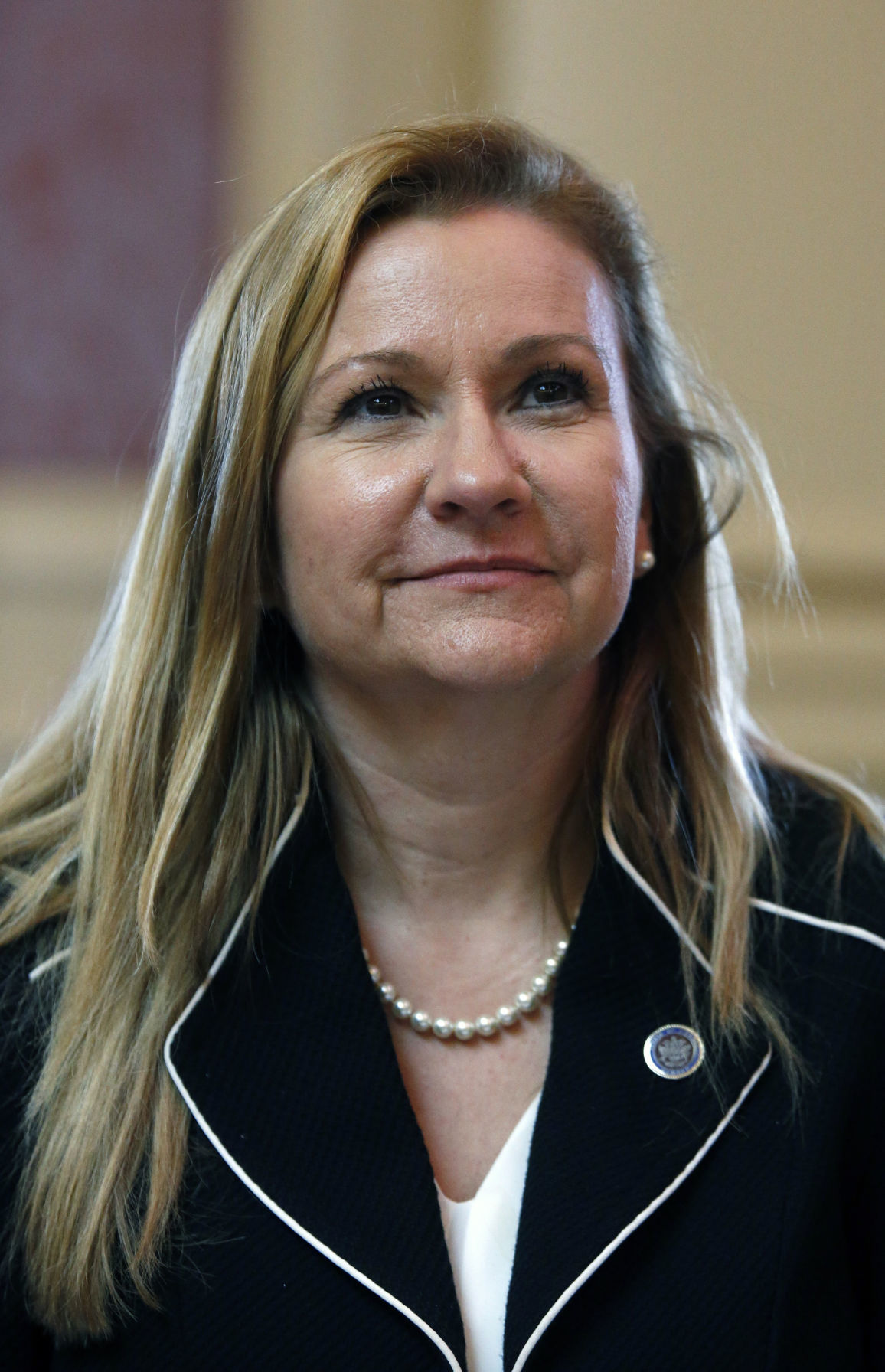 Sen. Amanda Chase, a Chesterfield County Republican known for embracing President Donald Trump and wearing a .38-caliber pistol on her hip, is promising a big announcement Monday — feeding speculation that she will run for governor next year.

“I have an announcement to make ... at the Capitol that you won’t want to miss,” Chase says in a video posted on Facebook on Friday afternoon. “You know I am tired of the failed leadership here in the General Assembly, and I feel like Virginians expect and deserve better.”

Reached by phone, Chase and her strategist, Philip Search, declined to elaborate.

“She told me five minutes ago,” Fredericks said shortly after the Facebook post appeared. Fredericks was chairman of Trump’s 2016 Virginia campaign.

Sen. Joe Morrissey, D-Richmond, said Chase told him the announcement “involves the race for governor.” He said she has been talking with him for some time about the possibility that she would run next year — and make gun rights the “centerpiece” of her bid.

Chase would be the first Republican to formally enter the race to succeed Gov. Ralph Northam, a Democrat, who by law cannot seek back-to-back terms. Pete Snyder, a Northern Virginia technology entrepreneur, has been publicly mulling a bid. Republicans have not won a statewide race in Virginia since 2009.

Chase drew attention last year for wearing a holstered .38-caliber pistol on the Senate floor. When a joint House-Senate committee voted this year to ban lawmakers and the public from bringing firearms into the Capitol, she hinted that she would just tuck the gun inside her American flag purse. As a lawmaker, Chase is not screened when entering the building.

In pivotal legislative races last year, Chase was the rare suburban Republican who invoked the president, guns and abortion. Most of the GOP’s swing-district candidates tried to avoid those topics in a state that Trump lost by 6 percentage points. She alienated party leadership and was ousted from her local GOP committee after a string of controversies — including cursing at a Capitol Police officer over a parking spot, calling the Senate clerk “Miss Piggy” and declaring rape victims “naive and unprepared.”

But the blowback she got from party officials only bolstered her standing with some GOP activists, solidifying her image as a Trumpian iconoclast. She won re-election handily.

She quit the GOP Senate caucus and has been ostracized by both parties during this year’s General Assembly session. Senators from both parties have lambasted her on the floor for denouncing colleagues who support gun control on Facebook — and posting their office phone numbers. Democrats gave her just one committee assignment, on the lowly Local Government Committee. All of her bills have been killed.

A private group supporting a Chase bid for governor in 2021 emerged on Facebook about a month ago. As of Friday, the group had more than 350 members.

The bravado could work for her, Fredericks said, particularly if the GOP decides to pick its gubernatorial nominee in a convention — a method that tends to favor more conservative candidates — instead of a statewide primary.

“She’ll raise very little money, but she’ll certainly inspire a following in Virginia and would be a very tough foe for anyone to beat in a nominating convention,” he said.