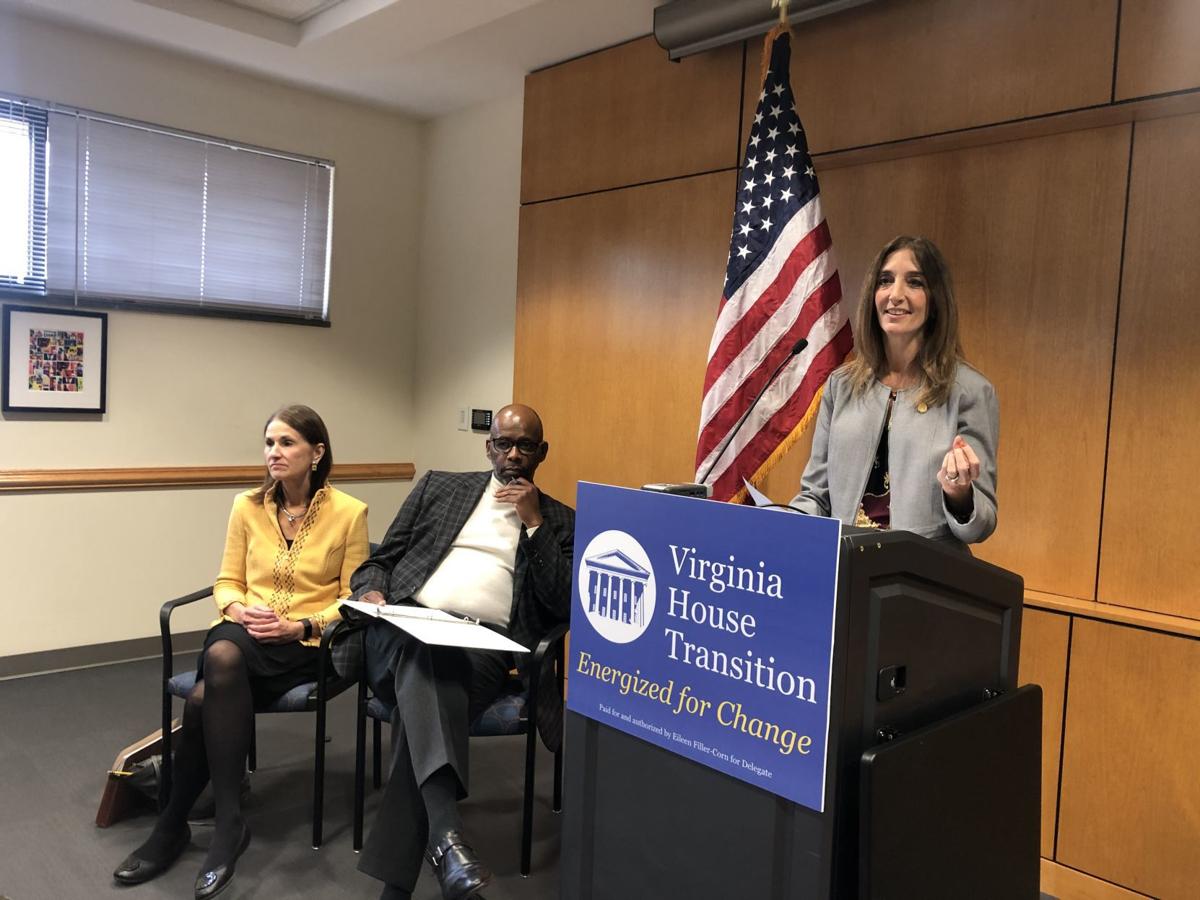 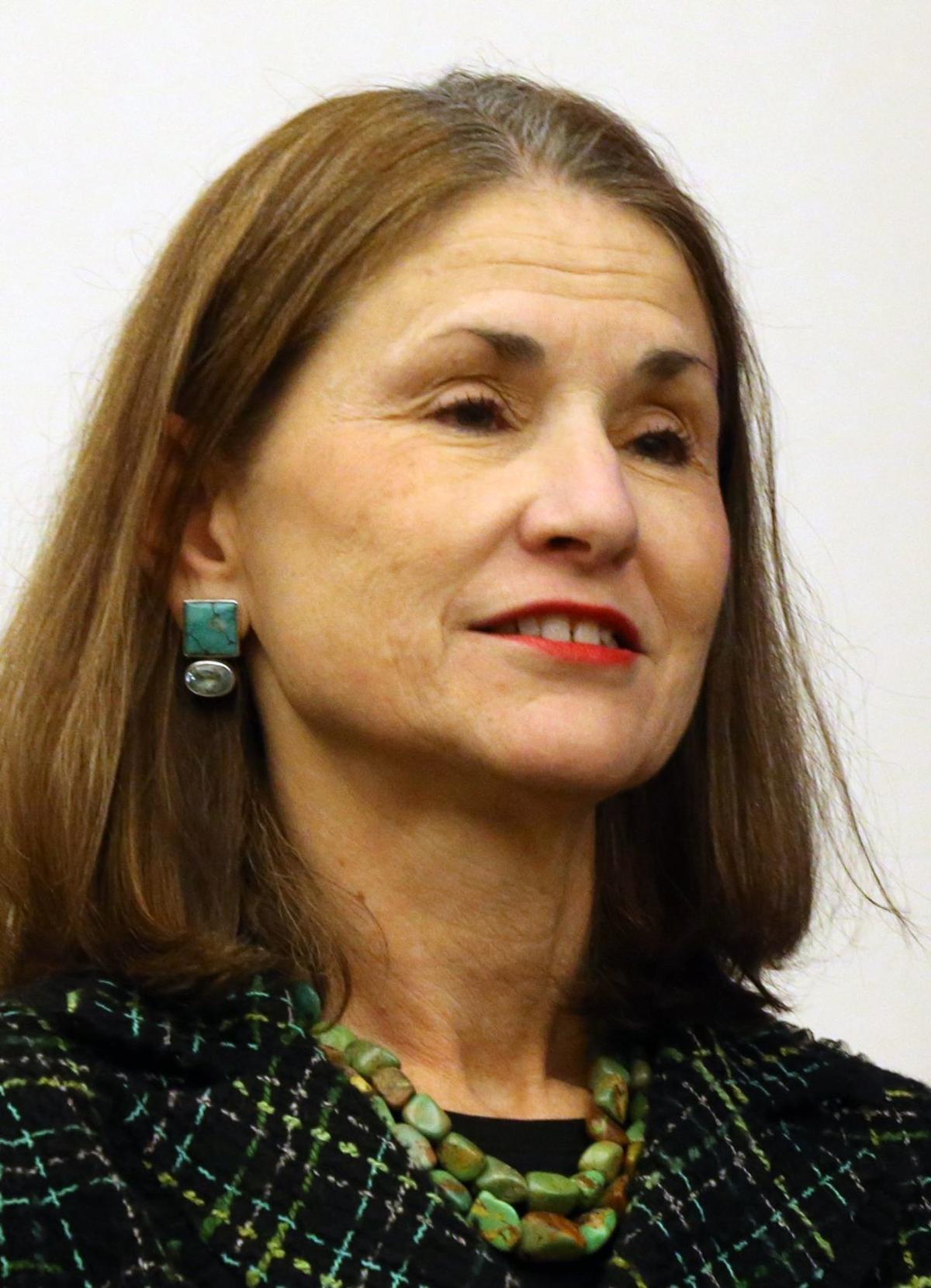 Suzette Denslow is incoming Speaker Eileen Filler-Corn’s pick to become the next clerk of the House of Delegates.

Suzette Denslow is incoming Speaker Eileen Filler-Corn’s pick to become the next clerk of the House of Delegates.

The clerk of the House of Delegates and staff director of the House Appropriations Committee will be replaced — both by women with long careers in state government — as Democrats consolidate their newly won control of the chamber.

Suzette P. Denslow, currently deputy chief of staff to Gov. Ralph Northam and a former official under four previous Democratic governors, is in line to become Clerk of the House and Keeper of the Rolls.

Denslow, who would be the first woman to hold the post, is expected to succeed Paul Nardo, who has held the job since 2011. She will stand for election by the House in January, likely a formality given the Democrats’ new majority.

Nardo was a political protégé of former Speaker Bill Howell, a Republican whose once-impregnable political majority in the House disappeared in the past two years.

Anne Oman, who has been a fiscal analyst at the Appropriations Committee for 17 years, will become staff director of the powerful budget panel, succeeding Robert Vaughn, a 37-year state government veteran who has been director since 2000.

Del. Eileen Filler-Corn, D-Fairfax, who will become the next House speaker when a Democratic majority takes office in January, announced both appointments on Monday, shortly before Northam met with a commission of business leaders and legislative officials for a private meeting to shape new revenue forecasts in the two-year budget the government will introduce next month.

Filler-Corn commended Nardo and Vaughn for their public service but touted the capabilities that Denslow and Oman will bring to jobs that are critical to the administration of the House, the conduct of legislative action and the production of a budget that determines state spending priorities in a two-year cycle that will begin July 1.

Denslow, who is staff director of Filler-Corn’s transition team, served as deputy chief of staff under Gov. Terry McAuliffe before assuming the same role for Northam last year. She also directed policy for Govs. Mark Warner and Tim Kaine, and served as deputy secretary of education under Gov. Doug Wilder. She has extensive experience in local government as a former lobbyist for the Virginia Municipal League, after beginning her state career on the staff of the Joint Legislative Audit and Review Commission. She also is a former chief of staff to Richmond Mayor Dwight C. Jones.

“Suzette Denslow has dedicated her career to serving the people of the commonwealth. I am confident that Denslow will maintain the tradition of well-ordered, efficient and effective management of the House of Delegates,” Filler-Corn said in a written statement on Monday.

House clerk is a key administrative position notable for its continuity. Only six people have held the job since 1901.

Oman has worked in state government for more than 25 years as a JLARC analyst who specialized in transportation policy and at the Department of Transportation in both policy and finance positions.

The elections that gave Democrats control of the House also have upended control of the Appropriations Committee, which will have a new chairman in January, Del. Luke Torian, D-Prince William. He will succeed Del. Chris Jones, R-Suffolk, who was defeated for re-election in November after 22 years in the House, including six as Appropriations chairman.

“Anne Oman has the experience and understanding of Virginia’s complex budget, as well as a significant knowledge of the commonwealth’s budget development process, to immediately start working with Delegate Torian to ensure our budget work is transparent and responsible,” Filler-Corn said.

“The incoming majority certainly has the prerogative to bring in their own staff,” he said in a statement, “but these departures should alarm anyone who depends on the timely passage of a state budget and the smooth functioning of the legislature.”

Vaughn’s fate hung in the balance at the Appropriations Committee’s annual budget retreat last week in Norfolk. He met privately with Filler-Corn, Torian and Del. Mark Sickles, D-Fairfax, the second-ranked Democrat on the panel, to discuss whether he would continue as staff director when Democrats take control Jan. 8.

“I have worked with Anne for 10 years in my role as delegate and six years on the Appropriations Committee and fully trust her judgment and ability to lead the committee staff on behalf of all Virginians,” Torian said Monday.

Great choices by the great New Democratic leadership. And the NEW clerk will also have closer parking than Chase. I wonder if Mandy will call this one “Miss Piggy” too or come up with a new insult.