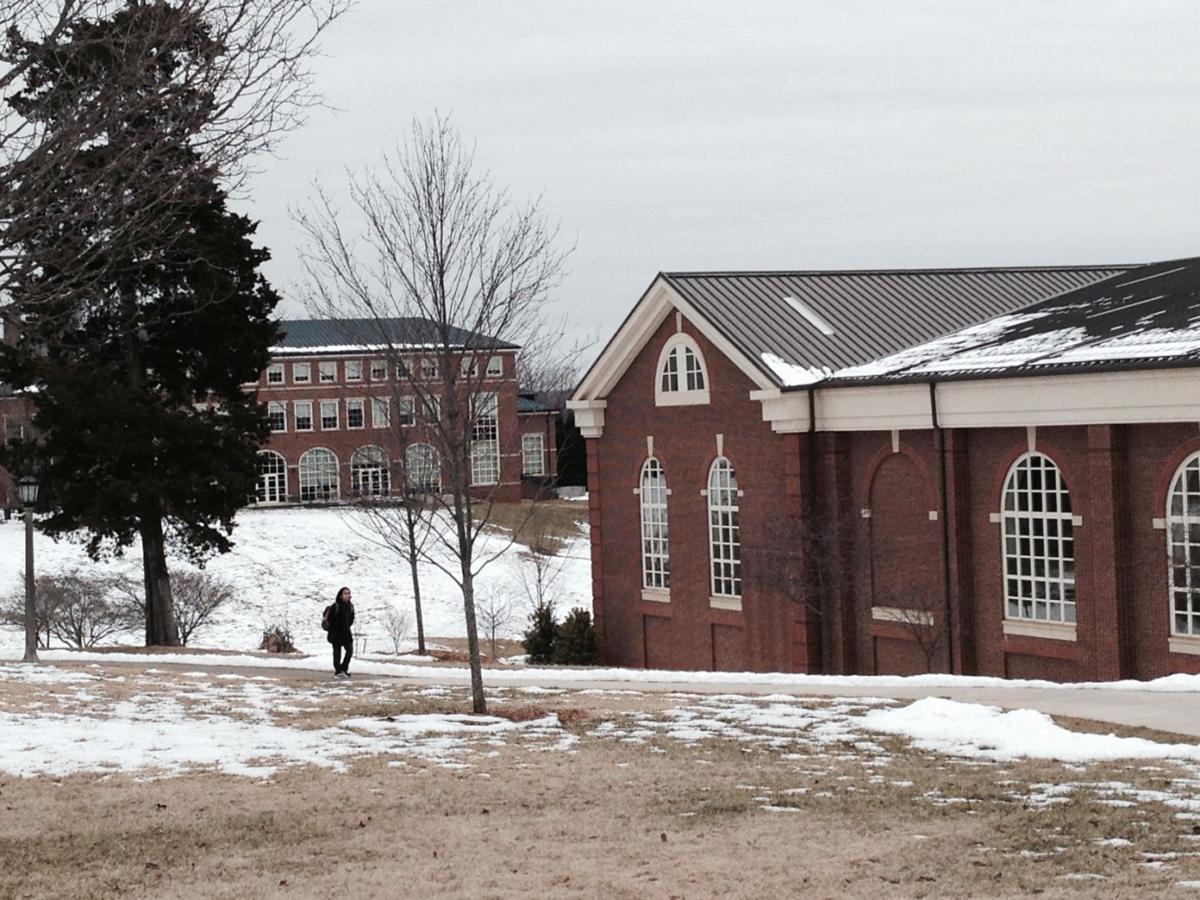 A student walks on the campus of Sweet Briar College on Tuesday, March 3. 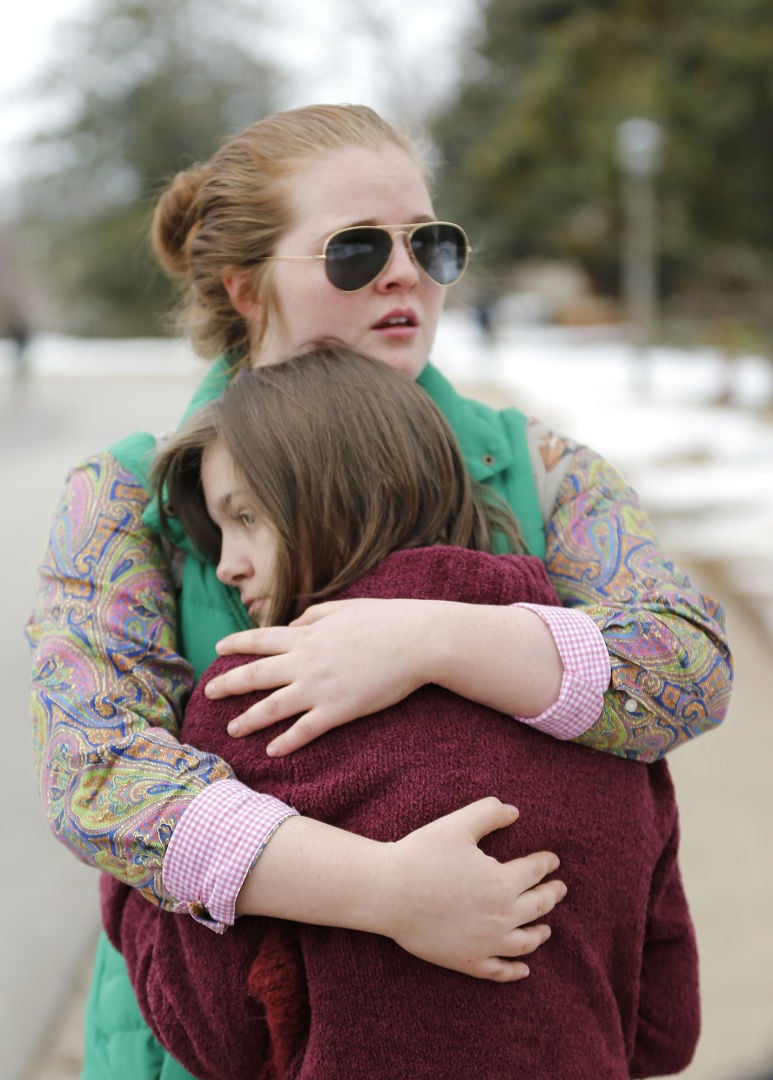 Anna ten Bensel, (cq) with glasses, comforts fellow sophomore Lauren Jacobson Tuesday, March 3, 2015, after hearing the news that Sweet Briar College will close at the end of the school year. The president announced the closing in Babcock Auditorium. 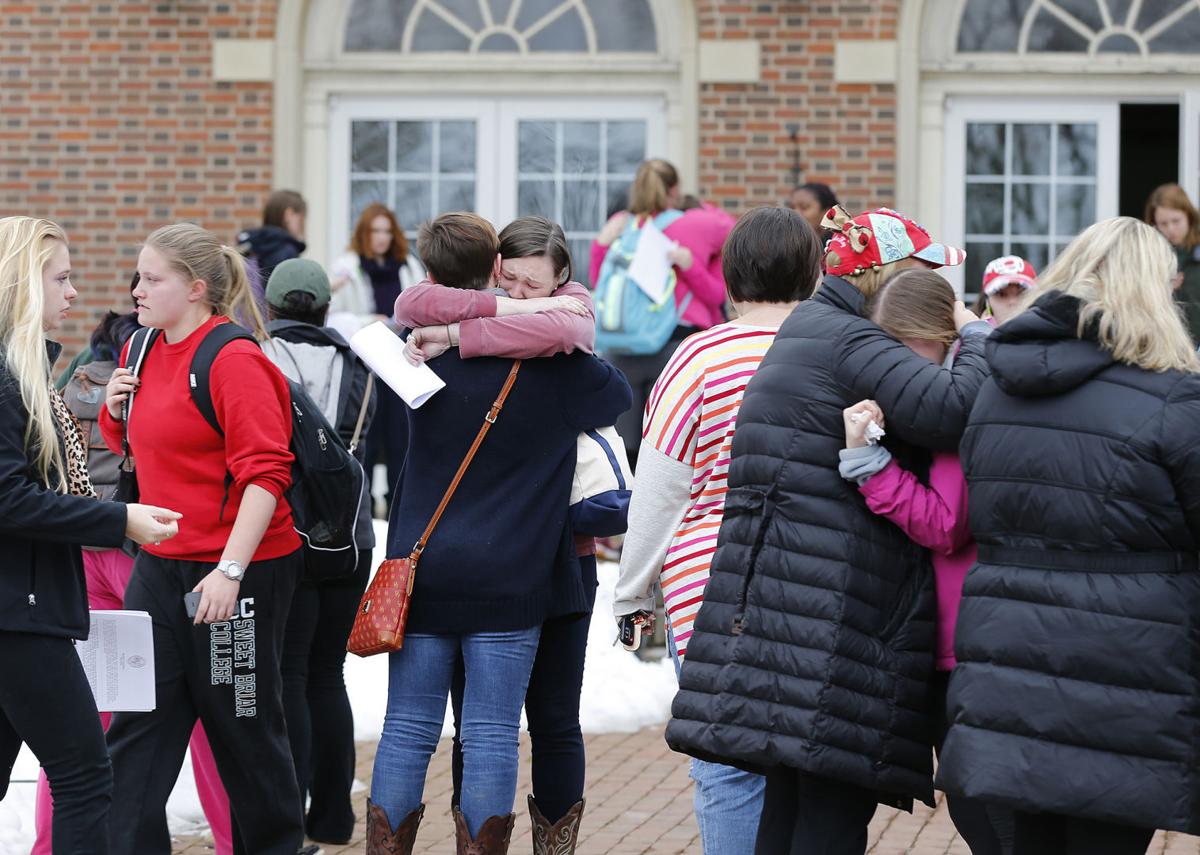 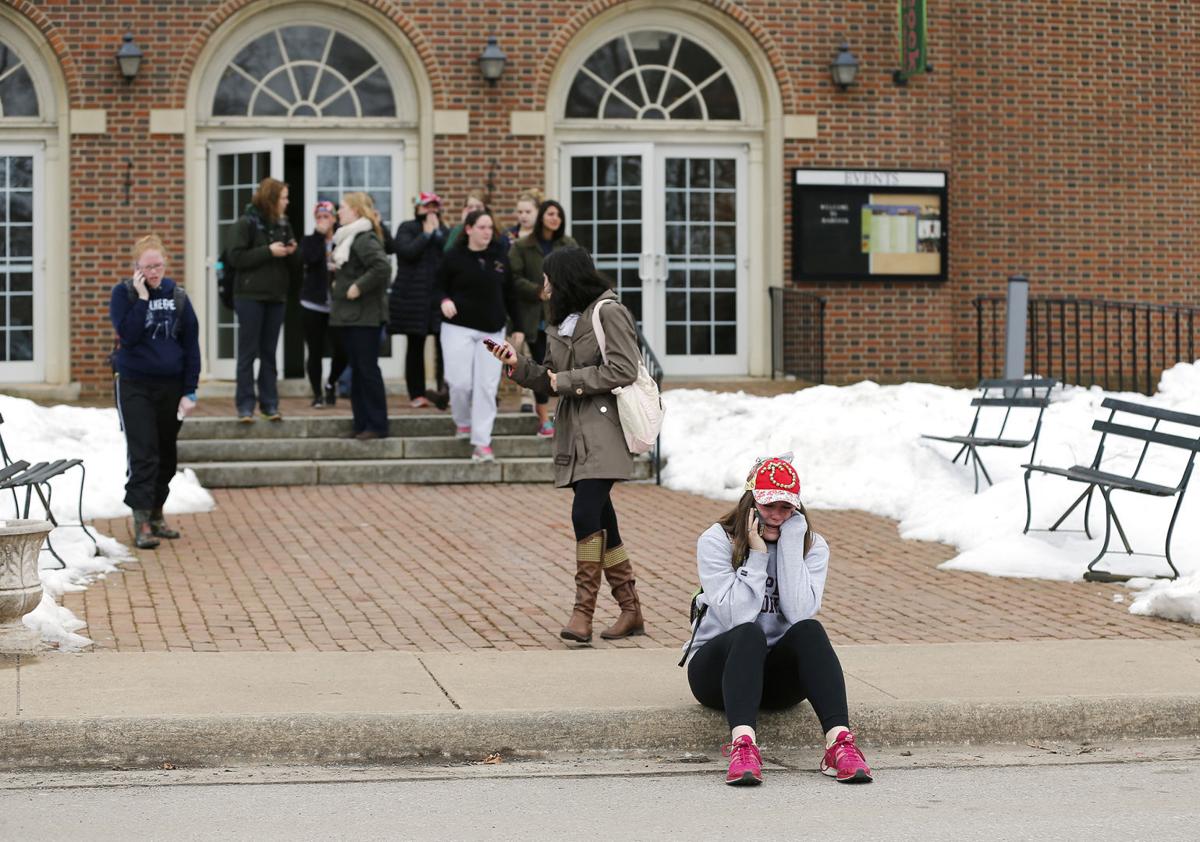 A student walks on the campus of Sweet Briar College on Tuesday, March 3.

Anna ten Bensel, (cq) with glasses, comforts fellow sophomore Lauren Jacobson Tuesday, March 3, 2015, after hearing the news that Sweet Briar College will close at the end of the school year. The president announced the closing in Babcock Auditorium.

SWEET BRIAR — In an announcement that stunned students Tuesday, Sweet Briar College said it will close at the end of this academic year because of “insurmountable financial challenges” blamed on the dwindling number of women interested in single-sex education and the pressures on small, liberal arts schools.

The private, rural college near Lynchburg will hold its last commencement May 16 and cease operations Aug. 25 at the end of the summer session after more than a century of educating women.

Students were told in a private meeting with college President James F. Jones Jr. that left many sobbing in despair at what they said was the breakup of a family.

The college’s board of directors voted unanimously Feb. 28 to shut down after a yearlong study of its future failed to find any viable paths forward.

Jones said the study “led us to the unfortunate conclusion that there are two key realities that we could not change.”

Few students are choosing to attend rural schools where options for internships and work experiences are limited, and even fewer want to attend a women’s college, he said.

“The liberal arts college sector is embattled now on so many different fronts,” Jones said in an interview.

Sweet Briar will be the third liberal arts college to close in Virginia in the past two years, the result of financial pressures that also claimed Saint Paul’s College in Lawrenceville and Virginia Intermont College in Bristol.

Jones broke the heartbreaking decision to students in a meeting just before 1 p.m. in the auditorium of the Babcock Fine Arts Center, where a poster advertised Moliere’s comedy “The Learned Ladies.” Students had entered happily chatting and mostly unaware of the news to come.

Some burst out of the auditorium in tears at first word of the closing. Others sobbed and hugged each other and called their parents on cellphones as the reality hit them.

“Will someone please tell me if this is a joke?” one cried.

A few said they had found out just before the meeting after faculty and staff were told, but most expected something far less life-changing.

“I had all my hopes here,” said Madelin Santos, a freshman originally from the Dominican Republic. “It’s like crushing us. It’s crushing our dreams.”

Anna ten Bensel, a sophomore from Minnesota, said she was at a loss about what to do next.

“This was the safe space. These are our family. These are our sisters,” she said. “We were just starting our journey from here, and now we have to start again.”

Emily Hanna, a freshman from Maryland, said students knew the school had financial problems and had talked about whether it could close or go coed.

“We always joked about it, but none of us ever thought it was going to happen anytime soon,” she said.

In an interview before the announcement, Paul G. Rice, Sweet Briar’s board chair, said the college considered many options, including going coed and adding new programs.

“This financial difficulty is not strictly limited to women’s colleges,” he said. The board determined that co-education was “not an automatic prescription for success” and would have been “a significantly risky strategy” to undertake, given other market challenges.

Each year the college has had to increase the tuition discount rate offered students in order to enroll a new class, and that has become financially unsustainable, Jones said.

The undergraduate enrollment this academic year is 561, spokeswoman Christy Jackson said. The college anticipates 122 undergraduates and seven master’s students will receive degrees with the final Class of 2015.

She said the highest undergraduate enrollment in the past two decades was 647 in 2008-09.

With part-time and graduate students, total enrollment this year is 700 women, according to the State Council of Higher Education for Virginia.

It was founded in 1901 when Indiana Fletcher Williams left her estate for a college in memory of her daughter, Daisy, who died at age 16 in 1884. At the time, Williams’ estate consisted of more than $1 million and 8,000 acres, including the Sweet Briar Plantation.

The campus now has 3,250 acres, including a 130-acre equestrian center with a large indoor arena and 18 miles of trails. The college also has the fine arts center with a 700-seat auditorium and is affiliated with the adjacent Virginia Center for the Creative Arts.

No decision has been made about what will be done with the property, but options will be explored during the next few months, Jones said.

After spring break ends March 15, on-campus college fairs will help match current students with transfer opportunities. Assistance also will be offered to students admitted to Sweet Briar for next fall.

The college said it hopes to provide severance and outplacement services to faculty and staff. Sweet Briar has 328 employees, including 72 full-time faculty members.

A final on-campus Reunion Weekend is planned for May 29-31.

Sweet Briar is one of four single-sex schools in Virginia, including the all-male Hampden-Sydney College.

The undergraduate programs at Hollins University and Mary Baldwin College are all-female, but both offer co-ed graduate programs. Nearby Randolph College, formerly Randolph-Macon Woman’s College, made the decision to admit men in 2007.

Hollins President Nancy Oliver Gray issued a statement of regret about Sweet Briar’s decision but affirmed the university is financially sound. Hollins’ endowment has reached a record $180 million, making it the fifth-largest among all independent colleges in Virginia, she said.

Jones, the retired president of Trinity College in Hartford, Conn., assumed the Sweet Briar role on an interim basis in August, after Jo Ellen Parker left to become president of the Carnegie Museums of Pittsburgh.

Some students said they thought the announcement was going to be who would serve in the position permanently. As it turned out, interim was dropped from Jones’ title for a different reason.

Jones has deep ties to the college — his great-niece attends now, and he met his wife on the campus when he was a student at the University of Virginia.

“She’s loved every blade of grass since her father drove her onto the campus in a snowstorm in the early winter of 1965,” he said.

Jones said he feels “the loss not just to my future female relatives,” but also because problems that are both “societal and incredibly complex” are “changing the landscape of American higher education in incalculable ways.”

By the end of the day, Sweet Briar’s website featured a setting sun on its historic buildings — without the snow and gloom that engulfed the picturesque campus Tuesday.

More than 165 alumnae from around the country joined a conference call Wednesday to discuss legal strategies for obtaining an injunction to block the closure.

Sweet Briar College’s decision to close has, of course, saddened us at Hollins University. Our two colleges, while different, have enjoyed a lively rivalry for decades.

Standard & Poor’s Rating Services revised its outlook on Sweet Briar College’s credit-worthiness from stable to negative in November — a red flag raised by an independent agency before the college board’s Feb. 28 vote to close the school.

Allegations that Sweet Briar College’s board members and president have violated state statutes “are wrong and unfair,” and they will not resi…

The Virginia Supreme Court ruled that trust laws apply to Sweet Briar College, giving hope to opponents of the college's closure who say that shutting down the school violates the terms under which it was established in 1901.

Check out the Top 10 most-read news stories on Richmond.com this year.