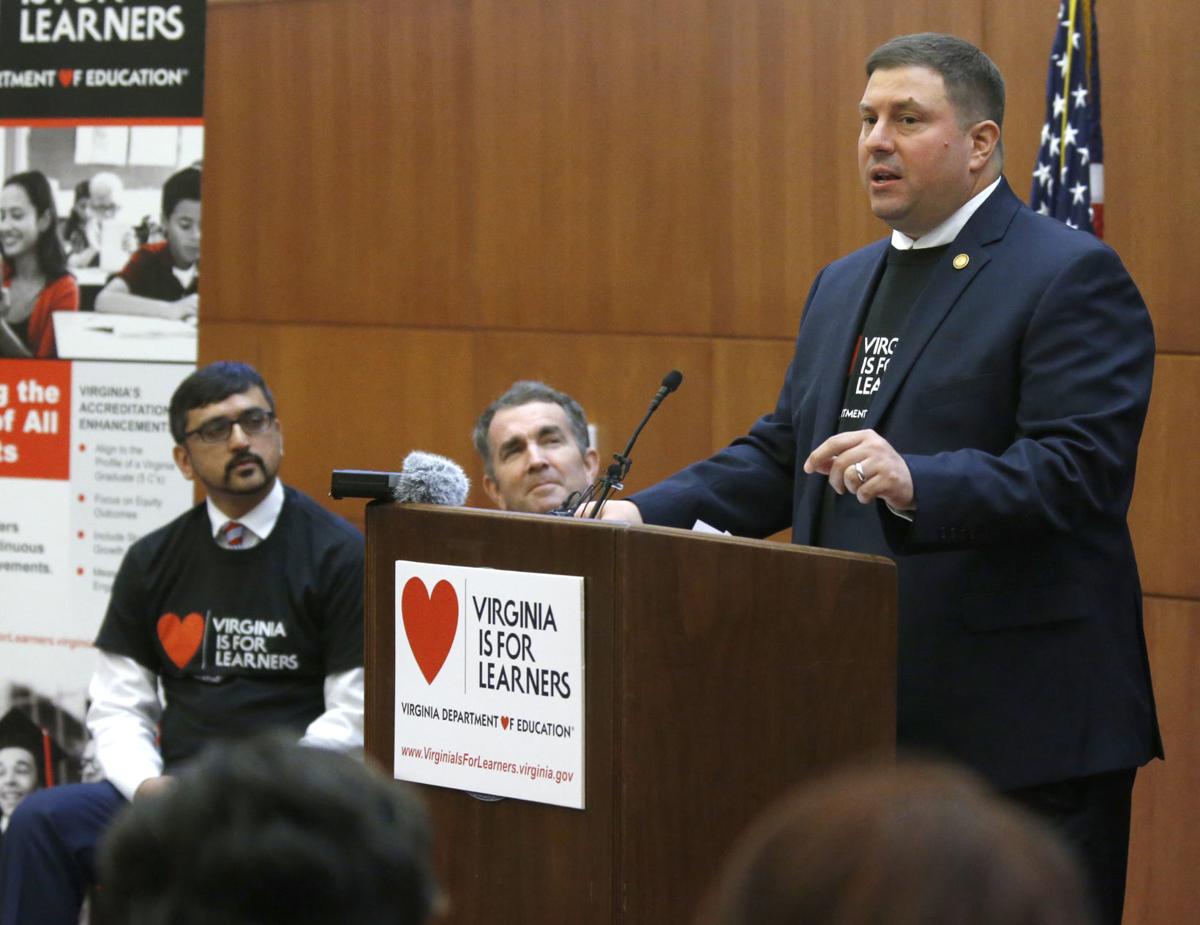 Virginia K-12 schools chief James Lane, pictured in 2019 with state Education Secretary Atif Qarni (left) and Gov. Ralph Northam, said, “We are reviewing the letter and are fully committed to addressing any areas of noncompliance.” 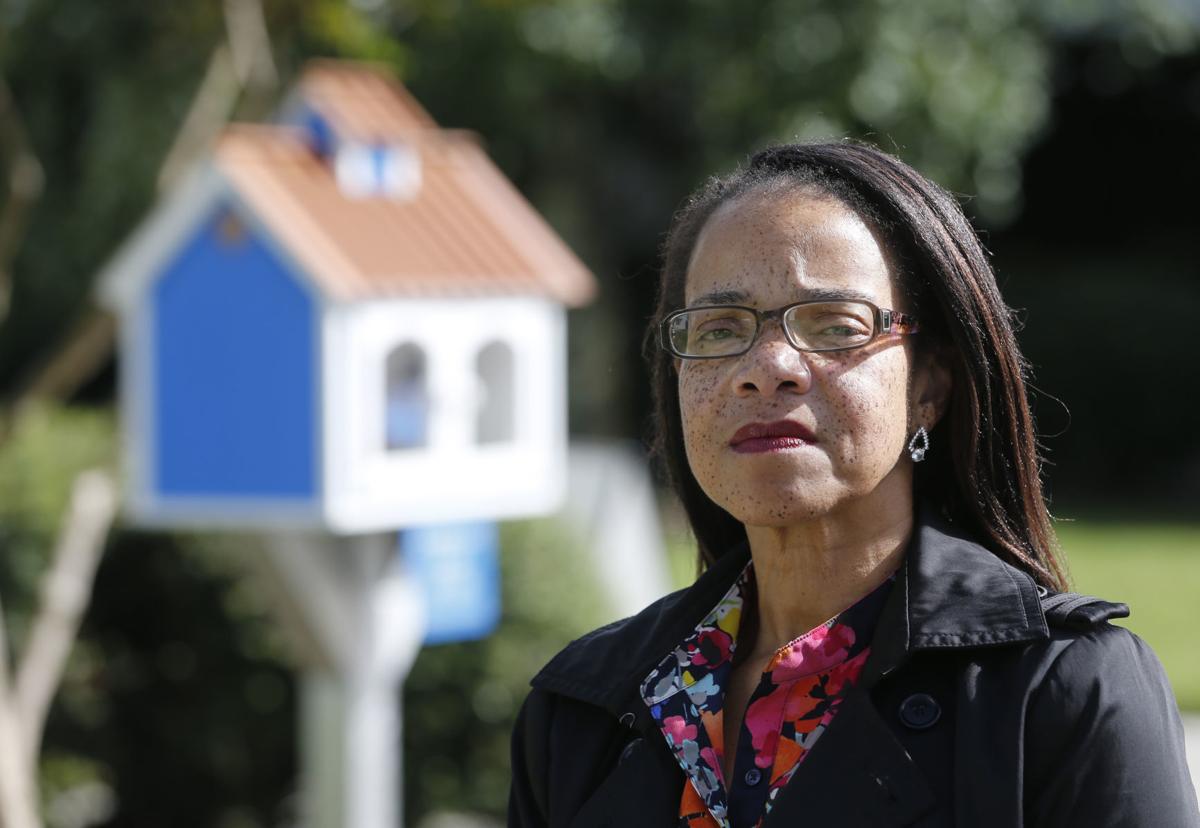 Virginia K-12 schools chief James Lane, pictured in 2019 with state Education Secretary Atif Qarni (left) and Gov. Ralph Northam, said, “We are reviewing the letter and are fully committed to addressing any areas of noncompliance.”

The report from the U.S. Department of Education’s Office of Special Education Programs criticized the state agency’s lack of procedures in responding to and monitoring complaints related to special education programs.

The state is contesting some of the findings, but K-12 schools chief James Lane said the state Education Department is “fully committed to addressing any areas of noncompliance.”

The U.S. Department of Education has given the state 90 days to send a written plan to meet the federal requirements, including establishing new supervision and monitoring procedures. The state must also notify school districts and parent advocacy groups, among others, that the agency is revisiting its policies.

Advocates said the report validates concerns they’ve heard from parents of students with disabilities, a population that makes up 13.5% of the state’s K-12 enrollment.

Officials from the U.S. Department of Education conducted a monitoring visit in May 2019 to examine the state’s compliance with part of the Individuals with Disabilities Education Act. The federal visit came after officials received an “unusually high number of customer service communications from parents, advocates, and other stakeholders” in the state.

In interviews with state officials, according to the report, the federal agency found that Virginia does not have procedures in place, outside of formal disputes, to find out if a local school district did not comply with IDEA, even when the state was given “credible information about potential noncompliance.”

The federal law guarantees a “free appropriate public education” to students with disabilities.

“Completely ignoring credible allegations of noncompliance is not a reasonable method of exercising the State’s general supervisory responsibilities,” the report says.

The federal report, which The Virginia Mercury first reported, offers two examples of the state’s lack of oversight.

In one situation, a complaint was filed to the state alleging “systemic noncompliance” by a local school system. The school district was not conducting timely evaluations, was not giving special education students sufficient access to the general education curriculum, and falsified documentation related to students’ individualized education programs (IEP), according to the report.

The Virginia Department of Education declined an offer from parents to give more information on the situation and dismissed the complaint “because the allegations occurred more than one year from the day that the complaint was filed,” the federal report said, but the parents told investigators that they had tried to contact the state and asked VDOE to address the issues outside of the complaint process.

In the other situation, VDOE staff members were copied on emails between a parent and school staff members where the parent said staff from a high school were not providing the services outlined in a student’s IEP.

“The parent made numerous requests for the State to intervene with the [local school district], but the State took no action, and redirected the parent to the [district],” the report said.

According to the report, VDOE conducts on-site monitoring of between 3% and 4.5% of the state’s 132 school districts each year.

“The State’s current monitoring system does not appear sufficiently comprehensive to ameliorate the practice of ignoring credible allegations of LEA noncompliance,” the report states.

Virginia Department of Education spokesman Charles Pyle said the timing of the June 23 letter indicates that the federal Education Department “did not fully consider the information and corrections” that the state submitted on June 19.

That letter, Pyle said, pointed out factual inaccuracies and findings in the federal agency’s draft “that did not reflect the comprehensive nature of VDOE’s work to improve outcomes for students with disabilities and ensure that they receive all of the services that they are entitled to under federal and state laws and regulations.”

The state agency said it is reviewing the federal government’s findings.

“The equitable provision of special education services is a core priority of the Virginia Department of Education and we take our responsibilities to serve students with disabilities, equip parents and advocates, and to hold local education agencies accountable to the provisions of the Individuals with Disabilities Education Act very seriously,” said Lane, Virginia’s superintendent of public instruction, in a statement.

“We are reviewing the letter and are fully committed to addressing any areas of noncompliance and continuing our strong service to serve students with disabilities throughout the commonwealth.”

He added: “VDOE fully intends to take prompt action to strengthen the areas of concern and looks forward to doing so in collaboration with Virginia and federal stakeholders.”

Rachael Deane, legal director of the JustChildren program at the Legal Aid Justice Center, said the federal investigation leaves her and other advocates “feeling vindicated.”

“We are not surprised by any of the revelations in the report,” Deane said. “We’re ultimately really concerned about if there will be a meaningful process to address special education concerns at the state level.”

“Education is a human right. Period,” said special education advocate Kandise Lucas, who did not return an email Monday, in an email last week. “The [Virginia Department of Education] is charged with protecting this right, not violating it.”

Last year, Virginia earned the U.S. Department of Education’s highest rating, along with 19 other states, in complying with IDEA and for improving outcomes for students with disabilities. It was the seventh straight year the state earned the designation.

Chesterfield County (CCPS) for years and continues to this very day to shell out hundreds of thousands of dollars annually to big name law firms to deny / manipulate its way wrongdoings / major executive management blunders in its quest to not properly serve the Chesterfield County "special education student / parent population with added emphasis of IEPs. James Lane is well aware of such situations in CCPS because some occurred under his watch when he was CCPS Superintendent (July 2016 - May 31, 2018). It is worthy to mention CCPS has both a School Board Attorney and Assistant School Board Attorney who do little if anything / involvement pertaining to "special education issues / cases in CCPS. These two CCPS School Board Attorneys' are presently being paid in excess of $300,000 (annually / including benefits) and have little involvement / participation is the legal aspect of "special educations issues, cases". My question just what exactly do there two CCPS actually do. Special Education has and continues to be in "disarray" in CCPS. A Leopard never changes its spots. Thank you James Lane as this clearly lies directly at your feet and is clearly indicative you were much to inexperienced to have been CCPS Superintendent / let alone VDOE Superintendent. A seasoned well experienced educator / administrator would have had proper system of checks and balances in place to ensure such transgressions / wrongs did not happen or could happen in Special Education within the Commonwealth of Virginia.