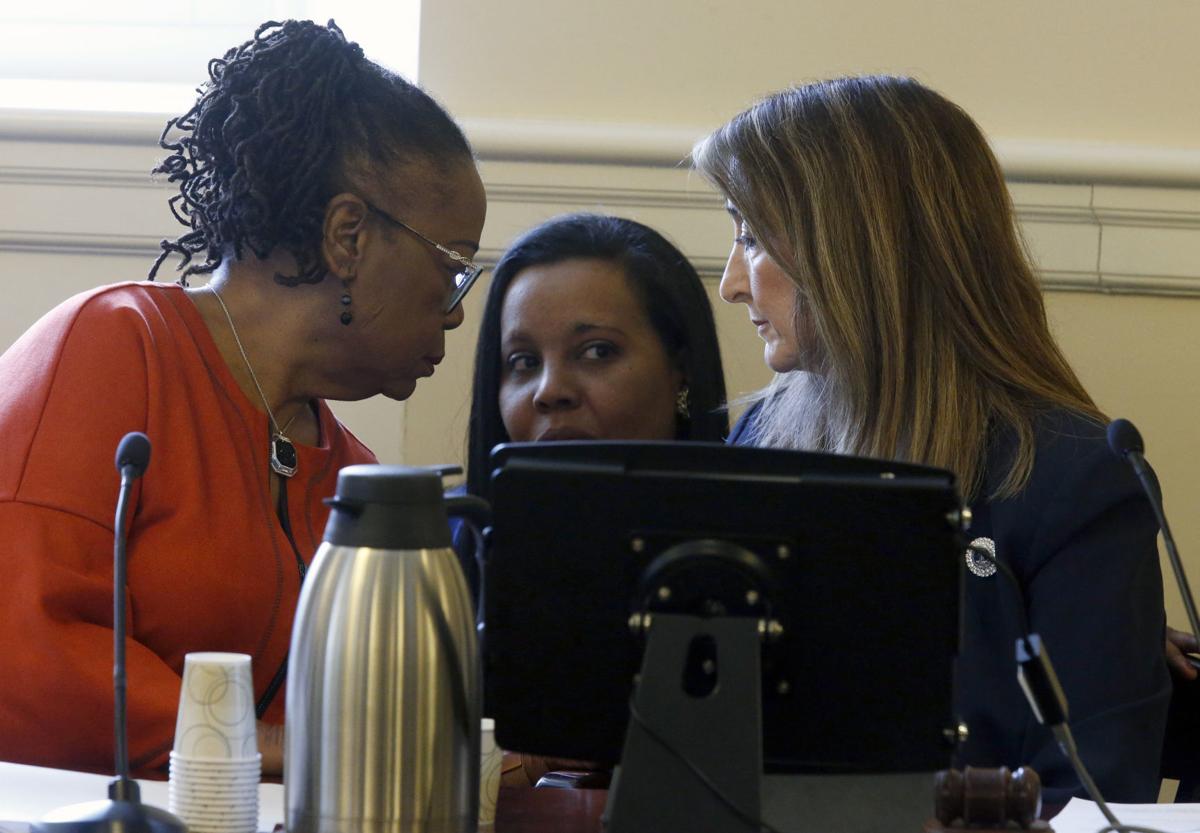 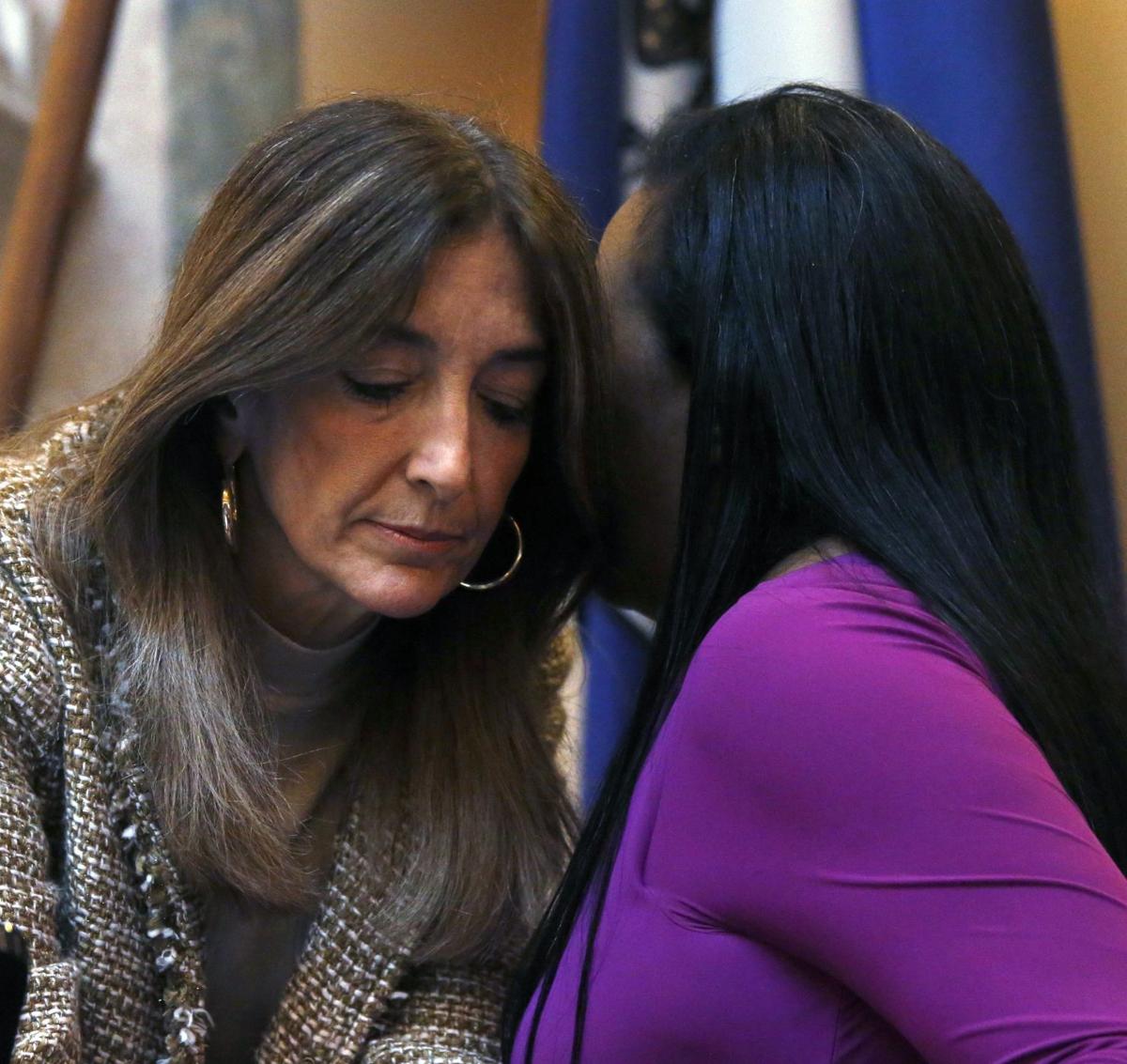 Virginia Senate Democrats said Friday that they are unified behind a long list of police and criminal justice reform proposals they hope to see the General Assembly pass during a special session this summer.

The measures include bans on “no-knock” warrants and the use of chokeholds and strangleholds by police; a ban on the hiring of officers who were fired or resigned during a use-of-force investigation; the cancellation of supplemental funding for police agencies with disproportionate use of force incidents in their jurisdiction; and more.

During a virtual news conference Friday, caucus leaders said they have been urged to action by a statewide and national conversation over racism and police brutality.

“This is what people are saying that they want to see happen. They want police reform; they don’t want to see us kick the can down the road. They want change to happen,” said Sen. Mamie Locke, D-Hampton, the chair of the caucus.

The proposals, Senate Democratic leaders said, were culled from more than 100 measures caucus members pitched over the past few weeks. A committee led by Sen. Scott Surovell, D-Fairfax, made up of members of two key Senate panels, led conversations on the issue.

Senate Democrats’ proposals also include: the creation of a “duty to intervene” for police officers witnessing misconduct; a ban on police searches based on perceived smell of marijuana; and eliminating traffic stops for such things as dangling objects on a rear-view mirror or a busted taillight.

Not on the list are proposed changes to the state’s qualified or sovereign immunity laws, which protect police agencies and officers from lawsuits over civil rights violations. Surovell said the idea is the topic of ongoing conversations within the Senate Democratic Caucus.

In the House, a new committee will immediately take up police and criminal justice reform, with hearings planned for July and August. The committee will be comprised of members of the courts and public safety panels.

House Speaker Eileen Filler-Corn announced the creation of the new committee on Friday, saying that the new platform will allow for public, transparent discussions on reform ahead of the special session planned for late summer.

“The stories of Breonna Taylor, Ahmaud Arbery and George Floyd continue in our minds to have all of us realize that we need to do something. Clearly people of color are not treated the same as people that look like me,” said Filler-Corn, D-Fairfax. “There is a lot of frustration and dismay, but a lot of desire and energy to act.”

Democrats in the House and Senate have signaled interest in addressing police reform and systemic racism in the criminal justice system, following protests in Richmond and across the nation.

Gov. Ralph Northam, too, has said he hopes the issue will be addressed during a special session on the budget planned for late August or September.

Lawmakers are looking at boosting police training in excessive use of force, calling for citizen review boards to boost oversight of police misconduct, expanding avenues to fire or punish misbehaving officers, and rethinking the presence of police in schools.

Many of those proposals were part of a wide-ranging list of measures published Wednesday by the Virginia Legislative Black Caucus, which is urging “a bold swing” toward racial equity and social justice in the state.

Broadly, the caucus is urging greater accountability and transparency from law enforcement agencies, and the reallocation of funding from law enforcement budgets to community services. It is also calling for a declaration of racism as a public health crisis in Virginia.

Senate Democratic leaders said their initial list only includes measures for which the 21-member caucus has expressed support. They are likely to debate and introduce other measures in the coming weeks.

Which reforms lawmakers might take up and seek to pass in the House is yet to be determined. Filler-Corn and Del. Lamont Bagby, D-Henrico, chairman of the caucus, said the topic is part of ongoing discussions.

Filler-Corn said in an interview Wednesday that the new joint committee will bring transparency to that process, and help decide which measures lawmakers will take up this summer, and which will wait until the regular session in January.

“It’s time to do it now in a more formalized fashion before the special session,” Filler-Corn said. “There are so many ideas, and obviously, during the special session we’ll have the biennial budget, our response to COVID-19 and police and criminal justice reform. That’s a lot in August.”

Clearly from what recommendations are being revealed to the public, these idiots have no idea about criminal justice. To cease traffic stops for busted tail light, get real, it's a violation and you can get a citation for it! The recommendations are based to protect blacks from prosecution in that eliminating the smell of marijuana which is a bigger problem with blacks, reinstatement of parole, etc. How about having some legislation on protecting the public and restitution to the victims which are court-ordered but never enforced! This is a witch hunt and the recommendations will be hilarious and damaging to the public and the Criminal Justice System if adopted!

The Democrats of today have all become a band of fools...sad to say. Think about it. Instead of punishing criminals (no matter what color) they want to minimize punishment of (especially) black lawbreakers....in pursuit of some non-existent moral high ground. What law makers are actually creating by stripping police of law enforcement tools and weak punishment(s) is a lawless society that we ALL will suffer from. Particularly in the black community, weak law enforcement will cause more pain and suffering for the many good people living there. We may not necessarily, 100%, like a particular Republican candidate; but to avoid further pandering to a criminal element, we need Constitution focused, law and order Republicans. Modern day Dems like Stoney, Northam, Filler-Corn, and the current black caucus, etc. are just too soft. Look around us....it’s pretty obvious.

Nothing short of "Put all police in jail, and free all criminals" will work for the Dems.

Now that is real reform. Period.