VCU Medical Center is one of only 16 hospitals in Virginia that provide forensic nursing services for sexual assault victims. 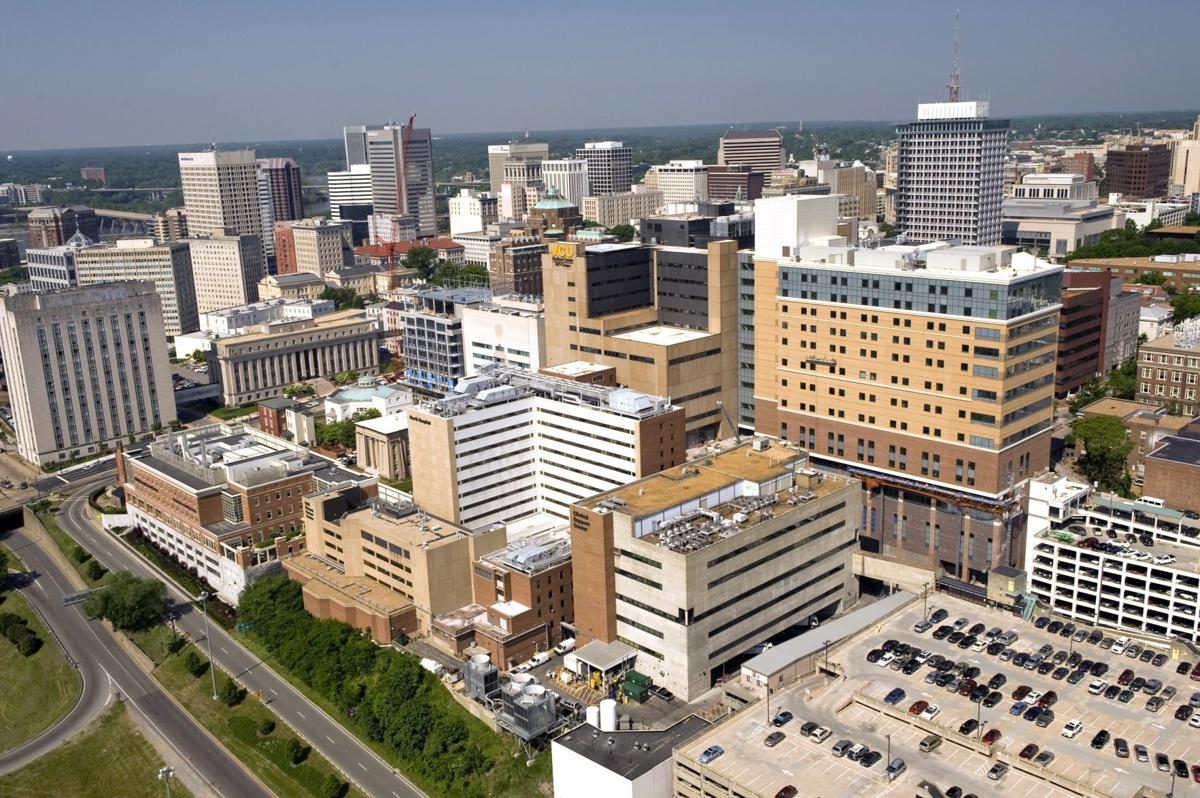 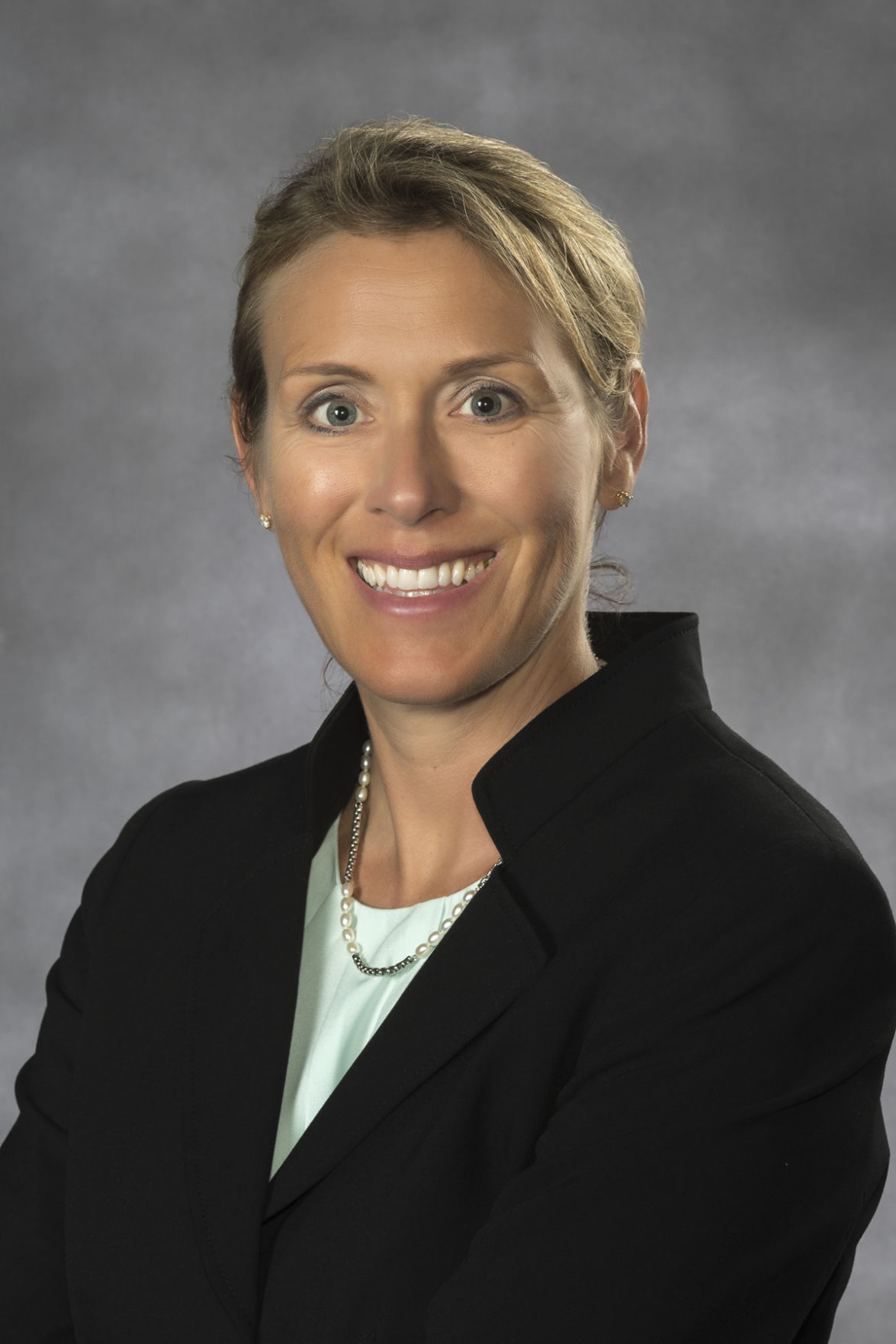 VCU Medical Center is one of only 16 hospitals in Virginia that provide forensic nursing services for sexual assault victims.

VCU Health said it will no longer file lawsuits against its patients, ending a practice that has affected tens of thousands of people over the years.

VCU’s in-house physician group filed more than 56,000 lawsuits against patients for $81 million over the seven years ending in 2018, according to a Kaiser Health News analysis of district court data. Those suits will end and VCU will increase financial assistance for lower-income families treated at the $2.16 billion system, according to Melinda Hancock, VCU Health’s chief administrative and financial officer.

Kaiser Health News recently reported that UVA Health, the University of Virginia medical system, had filed more than 36,000 suits over six years against patients who could not pay their bills. That revelation, published last month in The Washington Post, led UVA to pledge to “positively, drastically” reduce patient lawsuits.

VCU’s new stance on lawsuits goes beyond UVA’s, which promised to stop suing only patients whose income is below 400% of poverty guidelines. UVA officials did not respond to requests for comment from Kaiser Health News.

That approach stopped as of last month, Hancock said. VCU Health, a state-operated system including the VCU School of Medicine in Richmond and Community Memorial Hospital in South Hill, will stop suing patients “as part of normal debt collection,” she said. It is also ending garnishment of patient wages and attaching liens to patient homes, she said.

Hancock said VCU has been considering changes to its policies since last year, but recent revelations about UVA “expedited” the decision. Starting in June, Kaiser Health News had requested comment from VCU officials about the health system’s financial assistance and lawsuits.

“We don’t want to be part of that,” she said about patient lawsuits, which are a standard tool for many hospitals seeking to maximize revenue. “We feel that taking care of the patient’s financial health is taking care of their holistic health.”

VCU Health will continue to send unpaid debts to collections and report patients with overdue bills to credit agencies.

“We still need to get our bills paid,” Hancock said. “We do need to deploy reasonable collection efforts.”

Policy scholars said the new guidelines, which would make VCU’s collection and billing practices among the most liberal for Virginia hospitals, would still leave many patients vulnerable to credit downgrades, financial hardship and bankruptcy.

“This certainly seems like progress,” said Sara Rosenbaum, a health law professor at George Washington University. But even if no lawsuit is filed, “being an apparent deadbeat on a bill written off as bad debt has terrible and enduring consequences on folks.”

Negative credit reports from a hospital, even without a court case, can send families into a downward spiral, said Gerard Anderson, director of the Johns Hopkins Center for Hospital Finance and Management.

“If they send you to a collection agency, you’re not able to borrow any money because that’s going to put you in such a poor credit rating,” he said. ”You cannot expect somebody to pay a $10,000 or $20,000 bill if they don’t have insurance.”

Analysts also criticized as inadequate VCU’s new discounts to the uninsured. Last year, the system started reducing list prices by 45% for those lacking coverage. The previous discount was 25%. Almost nobody pays list charges, which hospitals typically use as a starting point for negotiations with insurers.

But VCU’s average cost of care is 77% below list charges, according to 2017 government filings. That means the uninsured are still paying a big markup under the new policy.

“Most uninsured have very little income, and asking them to pay twice as much as it costs to deliver care is not appropriate,” Anderson said. “It is no wonder why so many cannot pay the bills.”

Uninsured patients paying promptly can receive discounts of up to 55%, Rossacher said. But few are able to do that.

That aid threshold takes effect in November. VCU officials declined to give an estimate of what the new policies would cost the system.

Gov. Ralph Northam, a physician, has said little publicly about the state hospitals and doctors under his leadership that often pursue patients for all they are worth.

VCU will continue reviewing its collections and assistance policies, Hancock said. “This is an ongoing process,” she said. “It doesn’t stop here.”

One impetus to dropping lawsuits was an increasing number of patients with health insurance who still have trouble paying, she said.

“With the rise of high-deductible plans,” in which patients pay thousands before insurance kicks in, she said, “we just felt that there are other collection efforts that were more suitable now.”

Kaiser Health News is a nonprofit news service covering health issues. It is an editorially independent program of the Kaiser Family Foundation that is not affiliated with Kaiser Permanente.

Kaiser Health News analyzed civil case records from the Virginia district courts from 2012 to 2018, based on the date the case was filed. The case records were part of a dataset KHN acquired from Ben Schoenfeld, a volunteer for Code for Hampton Roads, a nonprofit focused on improving government technology. Schoenfeld compiled court records available directly from Virginia’s court system (from both circuit and district courts) and posted them on the website VirginiaCourtData.org. The analysis included all “warrant in debt” cases where the plaintiff was listed as MCV Physicians.

Few oppose financial assistance for those below specific median incomes. Few oppose Medicaid for those in need. UVa wisely changed their policy, and will invoice only those above a specific income. VCU seemingly is telling EVERYONE, even those with the financial ability to pay that there are zero repercussions not to pay them. From this day forward, why would anyone pay a VCU Health invoice?? Seriously.

Why should anyone have to pay a health invoice ever? In other strong capitalist countries like England and Canada national health services provide healthcare and all you do is show your card... no bills.... greater life expectancy. Win/win

p.s. There ARE repercussions.

“ Policy scholars said the new guidelines, which would make VCU’s collection and billing practices among the most liberal for Virginia hospitals, would still leave many patients vulnerable to credit downgrades, financial hardship and bankruptcy.”

Great news. Medical bills have long been the leading cause of bankruptcy. Thank you Gov. Northam for influencing this change.

They can sue all the like, however, bottom line is, as the old saying goes "you can't get blood out of a turnip". People will simply let them ruin their credit record and, if they bother to show up at court, tell the Judge "Your Honor, I don't have the money to pay" or they will make some minimum, token payment and just say that they will keep on doing that for years to come. VCU is actually saving money by not trying to pursue these people.

St. Mary’s sues its patients over the outrageous MRI charge of 2,500 for 20 minutes of MR Tests. Don’t be a fool and use Reynolds Crossing MRI go to the Cox Road one and not get sued. Hey do illegal people have co- pays and deductables ? Do they get sued also?

If by "illegal people" you mean immigrants, if they have no insurance, they get billed full fee, and if they can't pay, they get sued. Nothing magic happening.

This is just one more problem not faced when a country has single-payer “Medicare for all”. All medical personnel are paid on time and in full. Medical facilities have predictable budgets, and all citizens get the treatment they need without huge medical bills.

Drake, if you and some other who regularly post here just LOVE these other countries you frequently mention then go ahead and move there. In the meantime our nation could continue to use the private insurance industry instead of going over into some sort of monolithic, government run "Medicare for all" scheme. Why does the government have to do it all? Where did you get this idea that socialism works? Many people, from other nations, want to come here because they live under the oppression of socialist or communist governments (or thugocracies) and realize that socialism, communism and thugocracies do not work.

"Where did you get this idea that socialism works?"

Where do you get the idea that this is socialism? Universal healthcare doesn't turn us into Venezuela, it turns us into the rest of the modernized world. And wealthy people who can afford to travel to other countries do so to receive medical care, not you or I. Stop carrying water for the rich and believing this nonsense about socialism this or socialism that that's been spoon fed to you by conservative news. Not only is it bad information it makes you look uninformed.

“ Does Venezuela have a socialist economy?

The answer to this would unequivocally be no.

The dynamic of capital accumulation still drives economic activity, most-enterprises are privately-owned and profit seeking, the wage-labor relationship is still in place - and even more fundamentally - Venezuela operates in a global capitalist market system.”

Buckless - why not have a great America AND healthcare for all? Making it an even GREATER America? Other very fine capitalist democracies like England and Canada have healthcare for all. Why should Americans be deprived?

The government doesn't have to "do it all." The depth of your research into the issue doesn't match a wading pool, yet you have strong opinions you wish to impose on everyone else. Google "Medicare Advantage insurance." If you can't even manage to do that, don't expect to get any respect for your opinions.