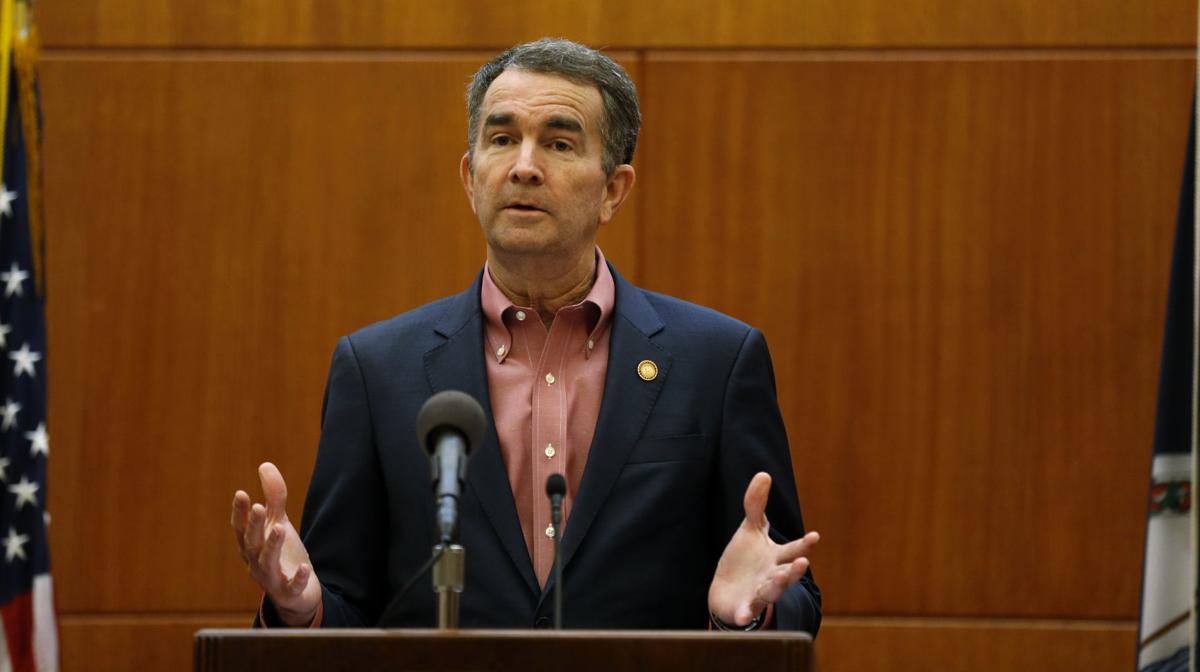 Gov. Ralph Northam said governors called on the president to use executive powers to boost production of protective equipment. 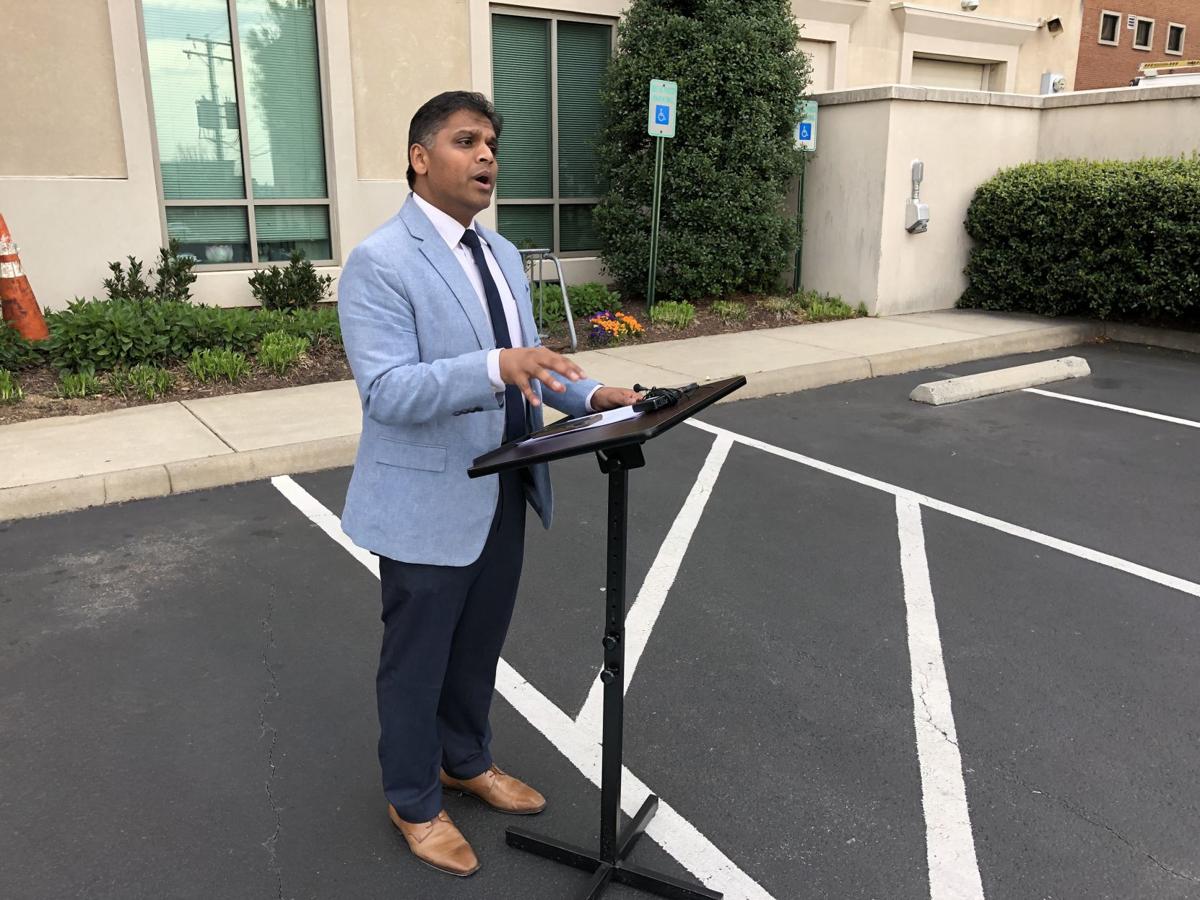 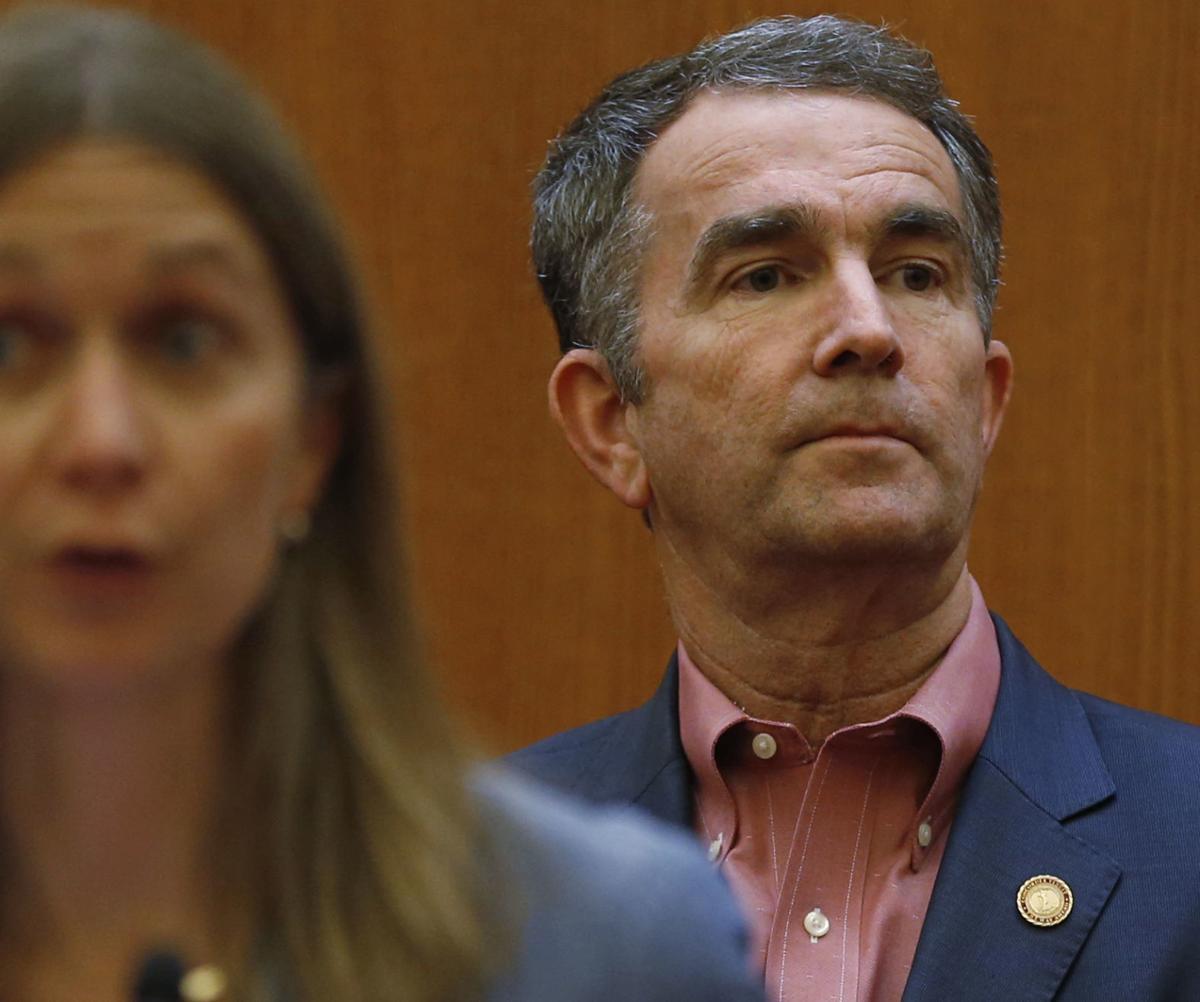 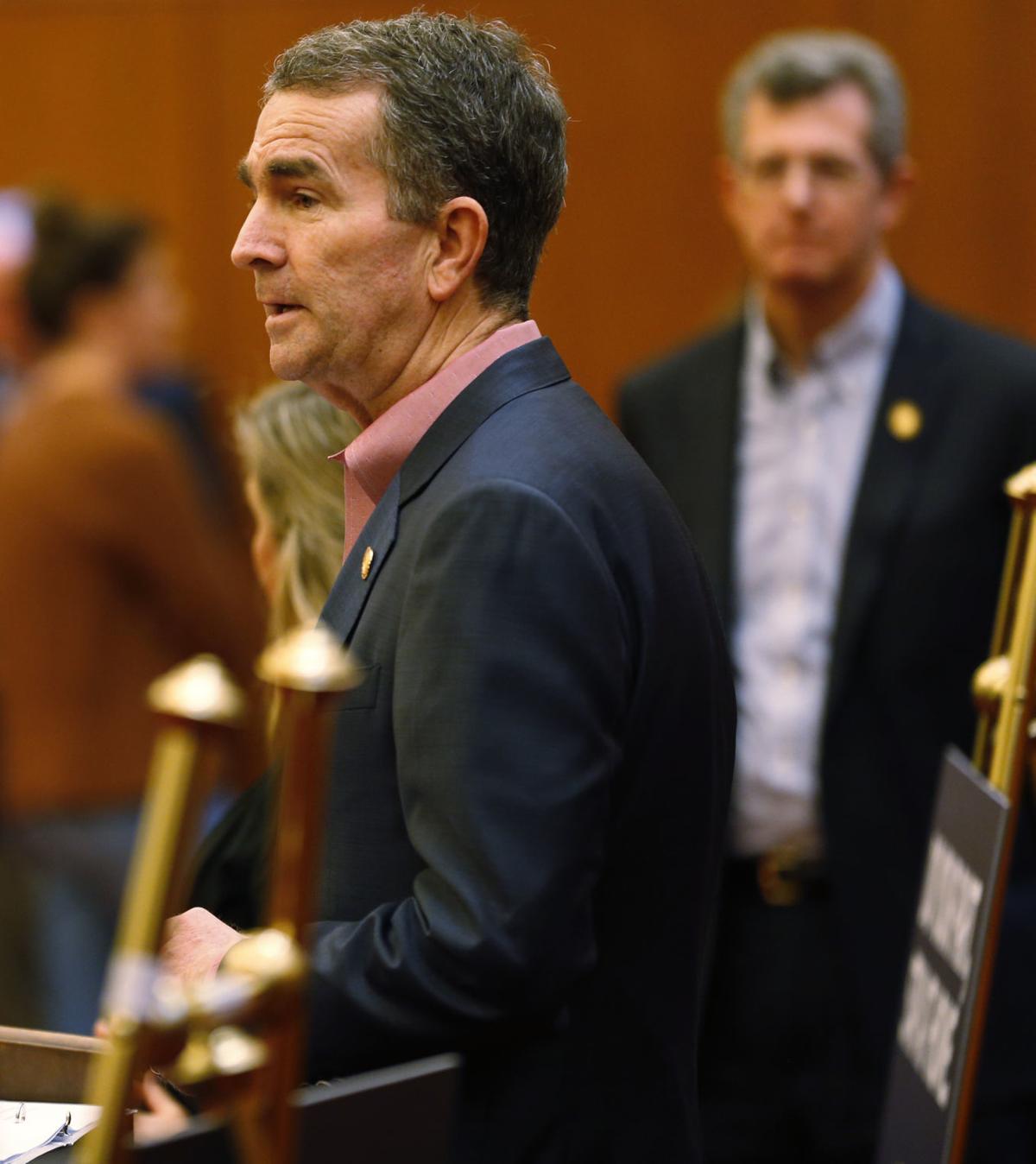 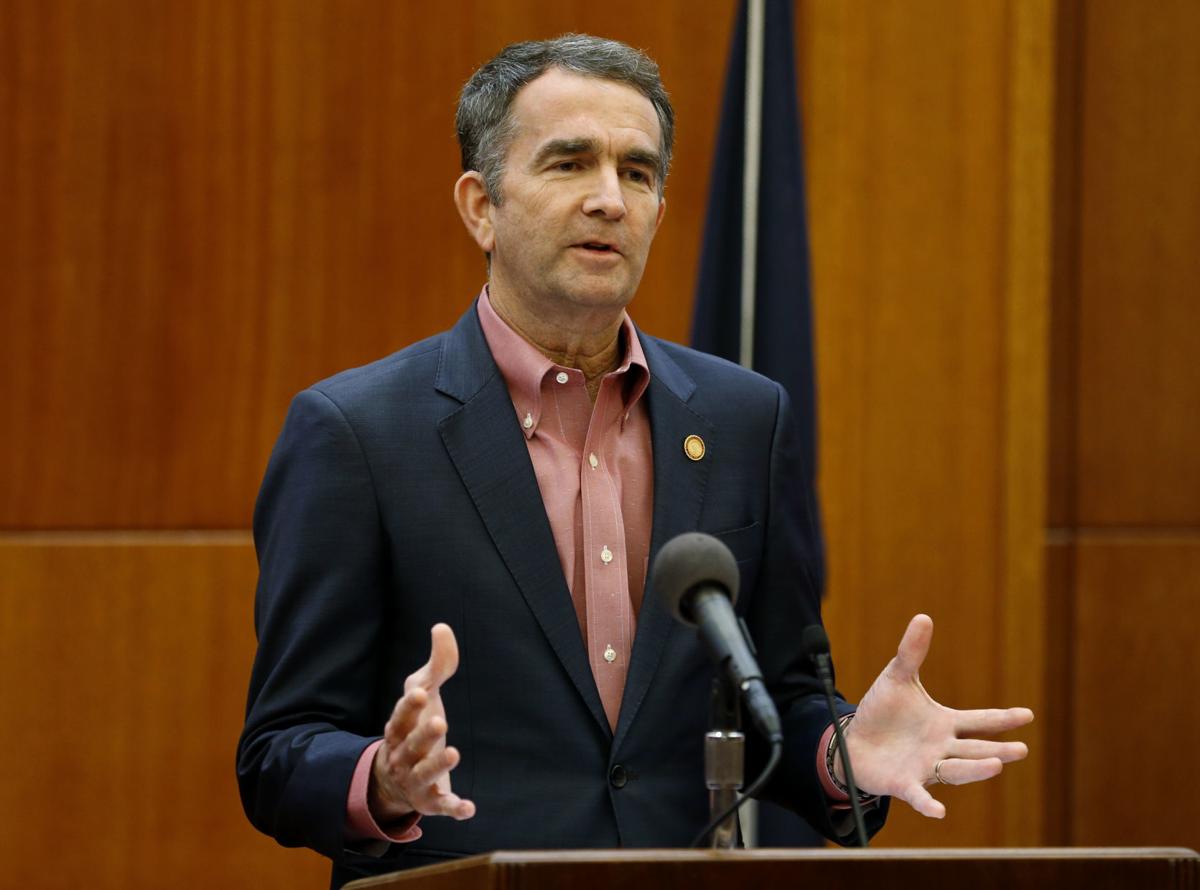 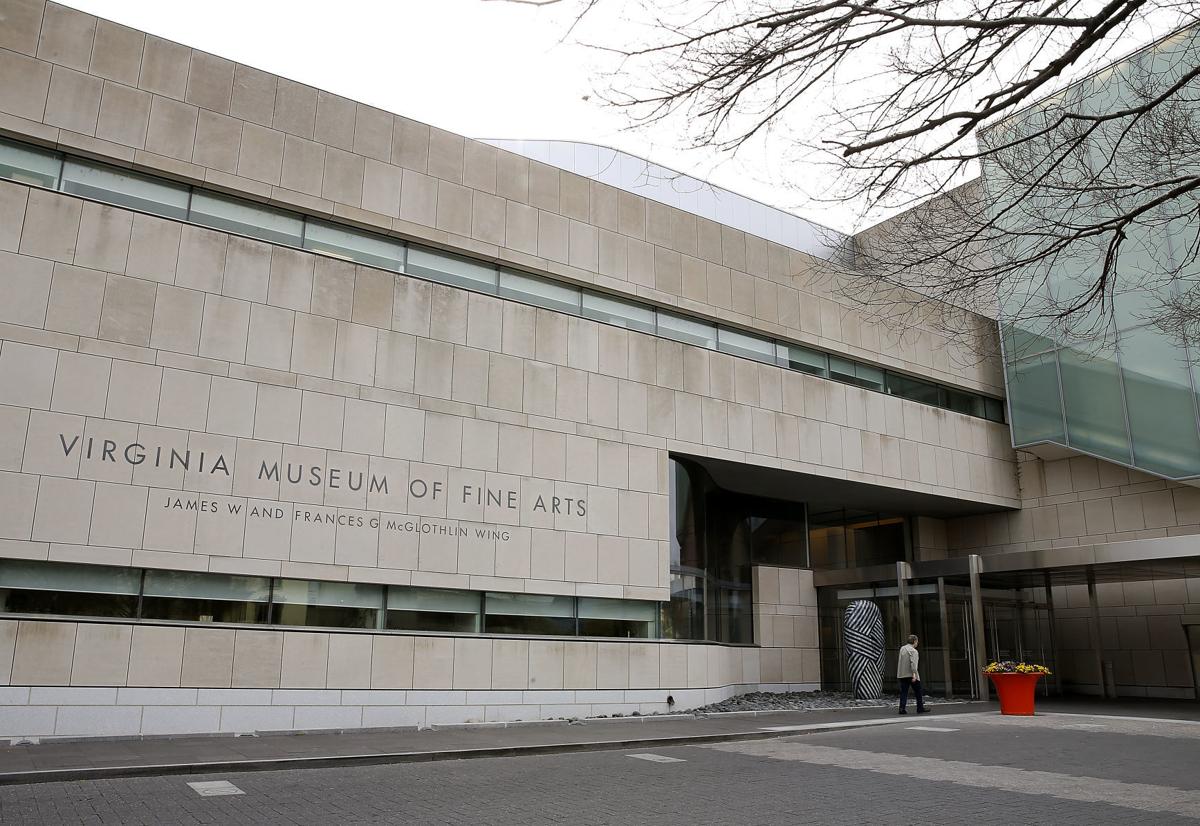 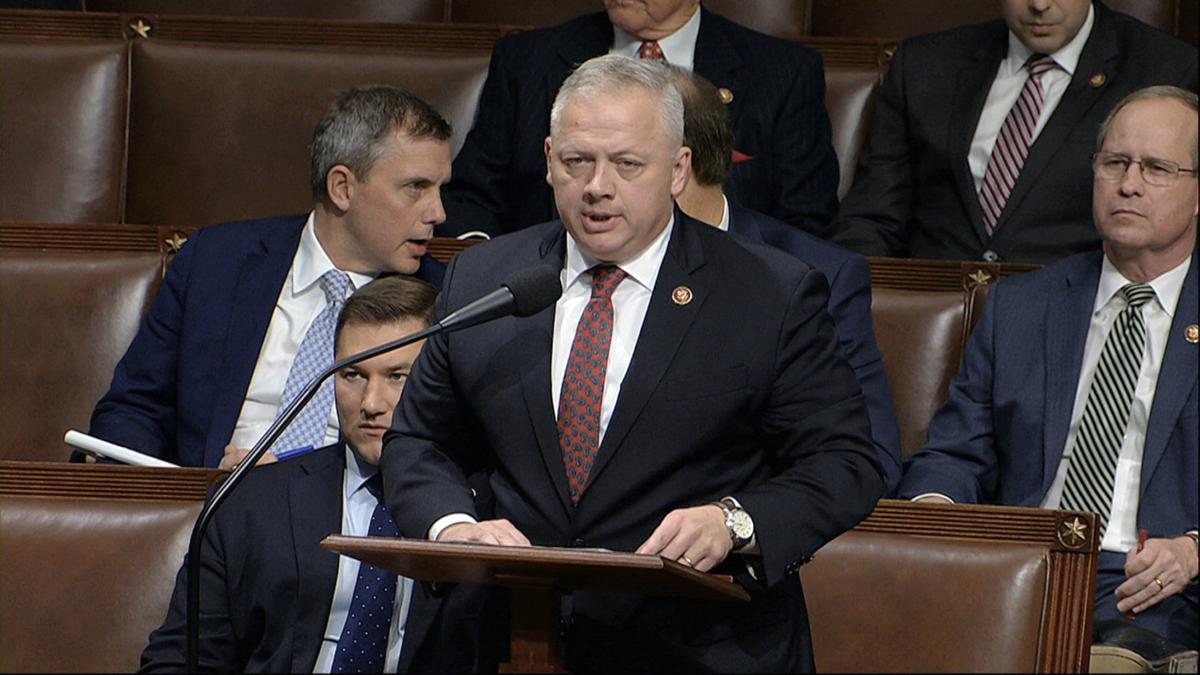 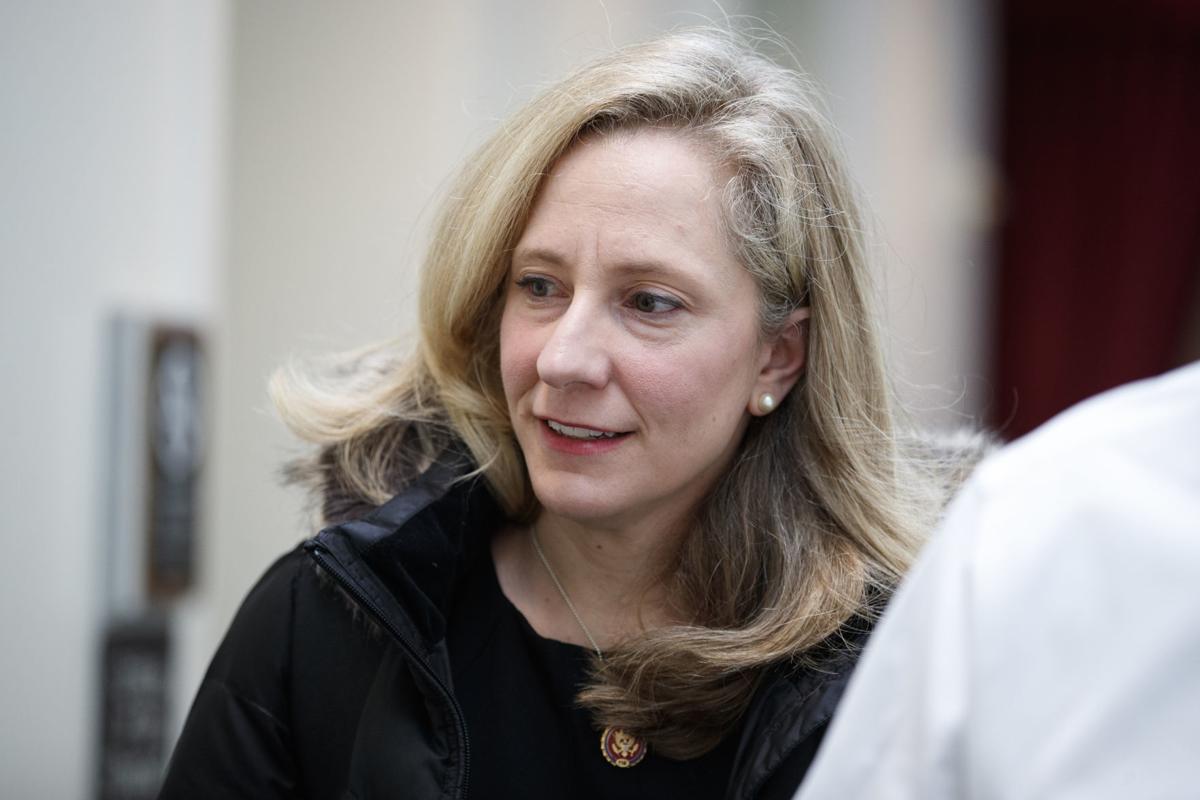 Gov. Ralph Northam said governors called on the president to use executive powers to boost production of protective equipment.

Gov. Ralph Northam is calling on the federal government to provide a “national solution” to address the critical shortage of masks, gloves and other protective equipment.

At a news conference on Friday, Northam said that a stunted supply of personal protective equipment, in part due to manufacturing delays in China, has left Virginia and health care providers competing in the market for the needed goods.

The Virginia Department of Health reported Friday that 604 people in Virginia have tested positive for COVID-19, an increase of 144 cases from the 460 reported Thursday.

“We’re all out there bidding literally against each other,” Northam said in a briefing with reporters. “Here in Virginia we’re bidding against our own hospital systems, other states and the federal government.”

Health care providers around the state, including nursing homes, have reported a quickly diminishing supply of protective equipment to ensure doctors, nurses and caretakers are not exposed while caring for patients.

Northam said that in a call Thursday with President Donald Trump and other governors, Trump was urged to use his executive powers to ramp up production of protective equipment and coordinate the distribution to those in need.

“This move is long overdue,” said Rep. Abigail Spanberger, D-7th. “While I appreciate the Trump administration taking this first step, it needs to take the next step of coordinating the production and distribution of personal protective equipment to our health care workers on the front lines. In central Virginia, I continue to hear stories about how our hospitals and nursing homes are experiencing shortages of masks, disposable gowns, hand sanitizer, and protective gloves. Further action must be taken, and that’s why I urged HHS [Health and Human Services] Secretary [Alex] Azar today to mobilize American industry to ramp up additional production of personal protective equipment.”

Alarmed by the escalating threat of COVID-19 in nursing homes, Spanberger and Rep. Denver Riggleman, R-5th, urged the Trump administration on Friday to invoke wartime authority to order businesses to help produce face masks and other protective gear for workers.

They delivered a joint letter to Azar on using the Defense Production Act to increase supplies of personal protective equipment for nursing home employees.

“We write on behalf of the thousands of our constituents who live, work, or have family members in nursing homes to emphasize the need for urgent action to protect residents from the COVID-19 outbreak,” they said in the letter. “We urge you to take advantage of the authorities granted to you by the Defense Production Act to ensure that nursing homes receive enough personal protective equipment to prevent the spread of COVID-19.”

Virginia public health officials say limited supply of protective gear may have contributed to the spread of COVID-19 at Canterbury Rehabilitation & Healthcare Center in western Henrico County, which lies in Spanberger’s congressional district. The virus has killed at least four residents of the facility and also has infected several workers there. Two additional deaths were reported Friday. If they are confirmed to be from COVID-19, that would make six deaths from the coronavirus among residents of the facility.

“Limiting nursing homes’ ability to purchase based on their purchasing history puts too many residents and staffers at risk of infection,” they said in the letter, delivered shortly after the House of Representatives approved a $2 trillion stimulus package with economic relief for Americans, small and large businesses, and health care systems.

Riggleman and Spanberger voted for the CARES Act, which includes an additional $1 billion for an existing federal fund to pay for the cost of products ordered through the Defense Production Act.

“Inaction ... is literally risking lives and will result in deaths,” Spanberger said in an interview on Friday afternoon.

Spanberger and Riggleman cited the Life Care Center of Kirkland in Kirkland, Wash., a suburb of Seattle that became a gateway for the pandemic in the United States. The COVID-19 outbreak at the facility has been linked to at least 37 deaths.

“It wasn’t the circumstances in Washington [state] that allowed it to happen — it just happened there first,” Spanberger said.

Northam also said that in conjunction with officials in Maryland and the District of Columbia, he is asking the Trump administration to set up a federal testing site for the area, given the large number of essential federal workers who reside in the region.

“We have to be able to test these individuals in real time. Our specific region needs special accommodation for testing and bed capacity to support this population,” Northam said.

A spokeswoman for Northam, Alena Yarmosky, said Northam is not expected to meet or greet Trump.

The VDH said 7,337 had been tested for the virus in Virginia as of Friday. There have been 14 deaths and 83 people have been hospitalized. If the two deaths of residents at Canterbury Rehabilitation & Healthcare Center in Henrico that were reported Friday are confirmed to be from COVID-19, that would make 16 deaths statewide.

On March 19, state health officials said there’s a lag in the reporting of statewide numbers, and figures on the VDH’s website might not include cases reported by individual localities or local health districts.

An employee at the Virginia Museum for Fine Arts has tested positive for COVID-19, the VMFA confirmed.

The employee began showing symptoms on March 14, the day after the VMFA closed to the public. The employee sought medical attention and testing, and once positive test results were returned on March 25, the employee notified their supervisor.

The VMFA immediately notified employees who work with the affected employee. These employees are adhering to the 14-day isolation period recommended by the VDH. Alex Nyerges, the VMFA’s director, shared this information in an email to all VMFA employees, volunteers and board members.

The VMFA will remain closed to the public through April 23, in accordance with a mandate by the governor. The VMFA’s public classes, programs, events, performances and tours have been canceled through April 30.

The museum tentatively plans to reopen April 24, although that could change. The museum said that it would continue to follow recommendations provided by the state and the CDC.

The first case of COVID-19 in New Kent County was also reported Friday by health officials.

The Chickahominy Health District said a woman in her 20s has tested positive for the coronavirus.

The woman has been monitoring herself at home and her symptoms are resolving, a health district news release said.

Meanwhile, Powhatan officials said Friday that the county’s first confirmed case of COVID-19 hasn’t been in the county during the time the person has been sick.

The county said it received word from the VDH that the first reported coronavirus case in Powhatan was a result of the VDH’s reporting protocol. That reporting protocol uses a patient’s official address when the VDH assigns a location for the case instead of where the person was residing or isolating.

“We have been told that this person has not been in Powhatan County during the time they have been ill,” the county said. “County Emergency Management Officials remind citizens that this situation is very fluid and constantly changing, and confirmed case or not, we should all take precautions as if the virus is already in our community.”

The county did not say where the person is self-isolating.

Two more deaths at Canterbury Rehab, but not yet confirmed as COVID-19

“We’re all out there bidding literally against each other,” Northam said in a briefing with reporters.”

In a single-payer national healthcare system you don’t have localities “bidding against each other” driving up prices just when everyone’s finances are taking a hit.