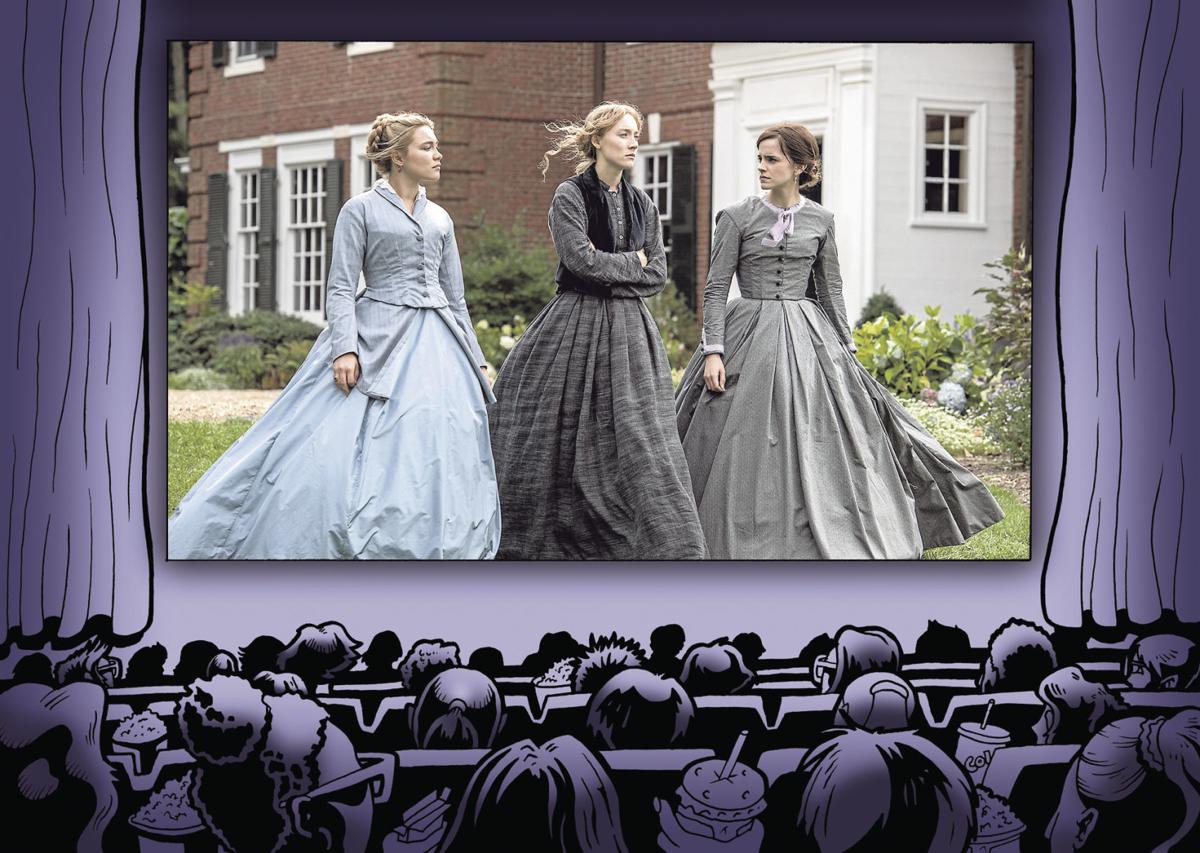 Greta Gerwig’s film “Little Women” is about how women navigate a world without choices. 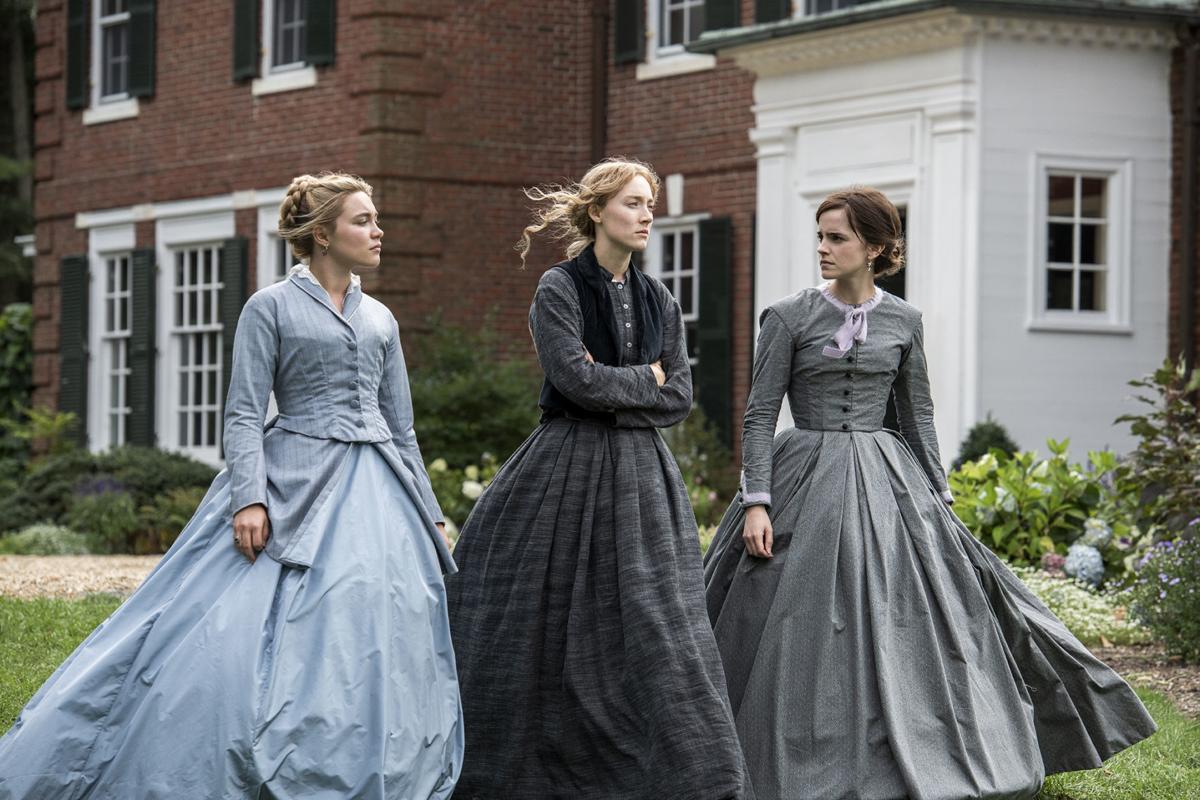 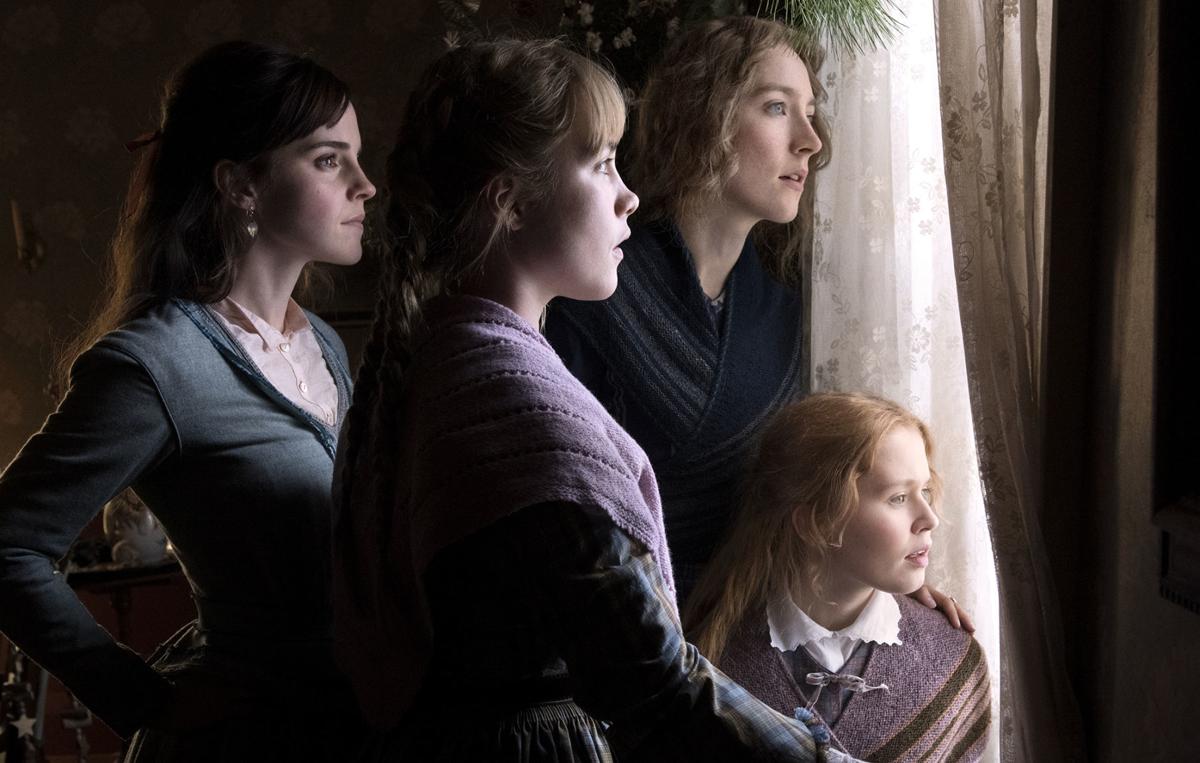 Greta Gerwig’s film “Little Women” is about how women navigate a world without choices.

Every woman in the United States should see “Little Women.” Don’t see it alone. Invite your friends and their daughters to watch the movie with you.

This all-girl production (produced by women under Amy Pascal’s banner) was adapted for the screen and directed by Greta Gerwig based upon the enduring American novel written by Louisa May Alcott. Gerwig’s film is destined to become an American film classic.

We will assure its success by going out in droves to see it.

Ladies, it is time.

This is the eighth dramatization of the novel on film. It is not a retelling, or a peppy golden age of Hollywood ringlets and pantaloons version. Gerwig’s movie is about how women navigate a world without choices.

Don’t let the mid-19th century Massachusetts landscape of Thoreau and Emerson’s Concord fool you. The green velvet hills and chalky blue skies straight out of a Julie Hart Beers painting set the stage for explosive emotion. There’s a war going on, and not just the one between the North and South.

Young Jo March has to make money. She has a talent for writing, so she sells pulpy stories, beneath her own literary standards to support her family while her abolitionist father is off fighting in the war. Jo manages to do the work and avoids offending men, even though her beloved father got them into the bind in the first place. If it sounds familiar, it’s because it’s real.

The women in the movie wear bonnets, but they are anything but gentle. They can be volatile forces of nature. They are complex, emotional, determined, angry, sensual, furious, meek, hilarious, bitter, wise, flippant and competitive, just like the women you know.

As the story threads in and out, whipstitch in style, between the mid-19th century past and the present seven years later, the stages of womanhood are played out. There’s a single aunt with financial means, while two of her nieces have to figure out how to marry well before they end up poor versions of her.

All of the characters, regardless of age, stature or station, including Jo’s good mother, Marmee, struggle to survive while attempting to make sense of the experience of being a woman in a world controlled by men.

Every book club in America should choose Alcott’s “Little Women” as a January selection and discover just how au courant the story remains. Clubs can pair it with a read of Gerwig’s screenplay and afterward, attend the movie together. (Women bought 65% of the books in the U.S. last year, and 51% of the movie tickets.) Women enjoy book-to-screen adaptations and know how to show up for a night out with their girlfriends. We popped corks and bought tickets for the “Downton Abbey” movie. Let’s celebrate in kind for Louisa May Alcott and Greta Gerwig.

Great art is personal. As one of seven kids (five of us girls), I reveled in the experience of seeing sisterhood dramatized with truth and humor. You will think Gerwig is writing about your family. If we’re all aching for home and the love we hope to find there, the March family will remind you of what that means and why it matters.

Alcott wrote “Little Women” 152 years ago, and to be sure, we can point to advances for our sex, but the movie stands to remind us that the fight remains. It seems cuckoo that we are still having these arguments.

Today, we live in a glorious democracy that can’t get seem to get family leave on the docket or health care that is not based upon the medical profiles of average men. Our film industry was hesitant to seek the arrest, punishment and imprisonment of powerful men who abused and raped us for decades in and around the workplace until it could no longer. (Fingers crossed for the pending trial.)

As of this morning, only 8% of the feature films made in this country are directed by women when we buy more than half of the tickets. Across all professions, women are behind, as we are not compensated dollar for dollar for doing the same work as males. I don’t know a man in the world who would put up with that.

Let’s make a New Year’s resolution to support one another. Let’s look at the credits and support women artists because we own the marketplace. The women before us have already done the heavy lifting. The screenplay format was invented by one of us. June Mathis doesn’t come up in conversation much, but all screenwriters owe her a debt. If you use Final Draft, the structure of the script, setting placement, dialogue margins, act and scene layouts were Mathis’ invention.

Women made the film industry possible from the start. We wrote the scenarios (scripts) based upon our published, serialized stories in popular magazines and periodicals of the time. The stories were gobbled up by young Hollywood (then based in New Jersey and Long Island before moving west).

Women screenwriters and directors were pushed aside or placed in lesser roles when movies became a lucrative business. As the money poured in, women were muscled out, or we took lesser roles, grateful for the work and sanguine about giving a man the credit. We were happy to share our talents for one bite of the pie.

You’ve heard of the studio boss, Louis B. Mayer, but you might not know Ida Koverman. She did much of the development work at the old MGM studio. She placed writers with directors, teamed actors with scripts, developed stories and cast roles, by, for and through her boss Mayer. Koverman was his secretary. She died, an uncredited producer, having given up her own dreams to serve the studio boss. She loved her work, but she paid for the privilege of doing it.

Please don’t make excuses to stay home. You think you’ve seen “Little Women,” but you haven’t until you’ve seen this one. Phillip Dunne, the great screenwriter (“How Green was My Valley”), was the gold standard in literary adaptations. Anita Loos (“Gentlemen Prefer Blondes”) was one of the first women in film, who, with Frances Marion, Edna Ferber and more, adapted stories for the screen.

Gerwig is their peer on the page, and in addition, she directed the story and brought it to life. In other words, Gerwig did it all, just like the women you know and love.

My heart raced and broke and filled with joy as my daughter and I laughed, watched and wept — not at the same scenes by the way. That’s the beauty of Gerwig’s script. She took an old chestnut and turned it into a meal, and then, like the women before her, she used her good taste and fortitude and turned it into a masterpiece.

Raised in the mountains of southwest Virginia, Adriana Trigiani is the bestselling author of 18 books, including “Big Stone Gap” which she adapted and directed for the screen. Join her every Tuesday at 6 p.m. EST for Facebook Live on her author page. Contact her at: adrianamailings@gmail.com

Will there every be a day when a play, a book, a column, or even a letter to the editor, isn't about something that needs to change, and in the process, divide us even more?

I think those women of long ago who stayed at home, kept the fires burning, nurtured and prepared the kids for the outside world that awaits everyone, did far more for mankind than any head of a company, and Presidential Wannabee can every hope to do today.

My mama will always be my mama, not the Manager of a High School Cafeteria, where she worked after we got older …. not to become someone, but to put food on the table. Hallelujah, and period.

Tracy, I'm sure that to your mother, bringing you up safely and well was first on her agenda all the time. However, I doubt that you knew then, or now, whether or not she didn't sometimes wish that her brains and talents had a larger possible scope of action.