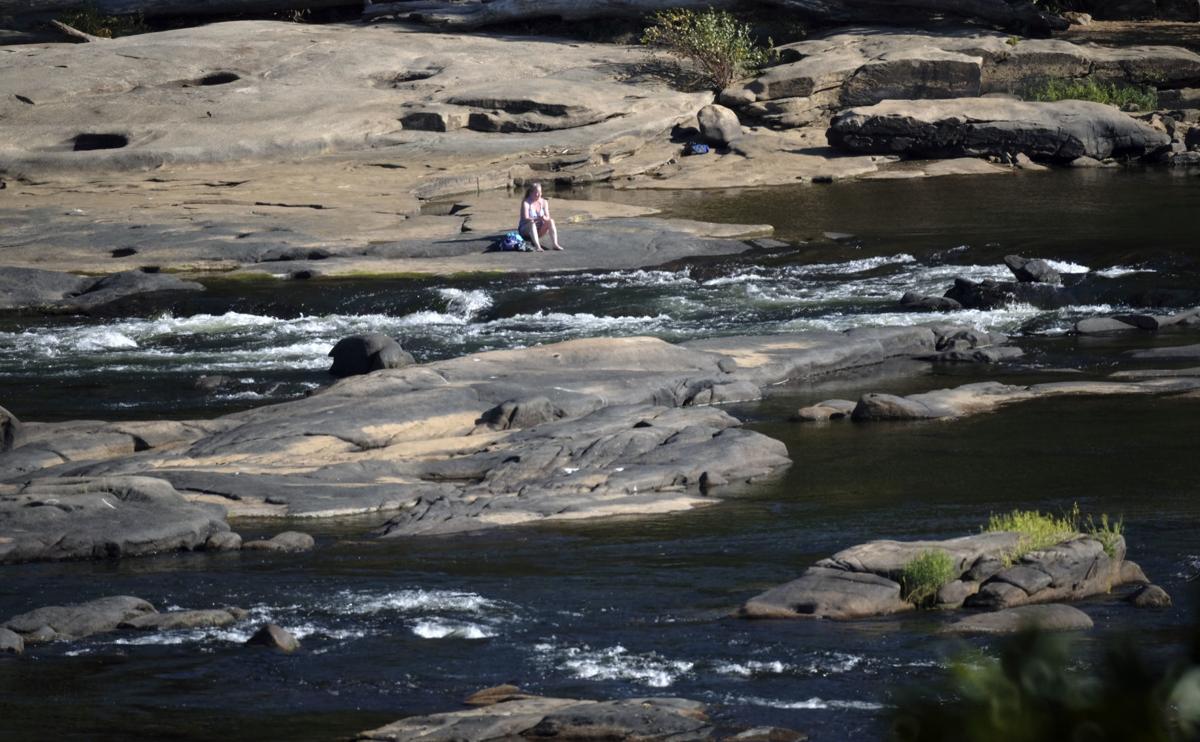 In September, a young woman sat on one of the rocks on Belle Isle along the James River in Richmond. 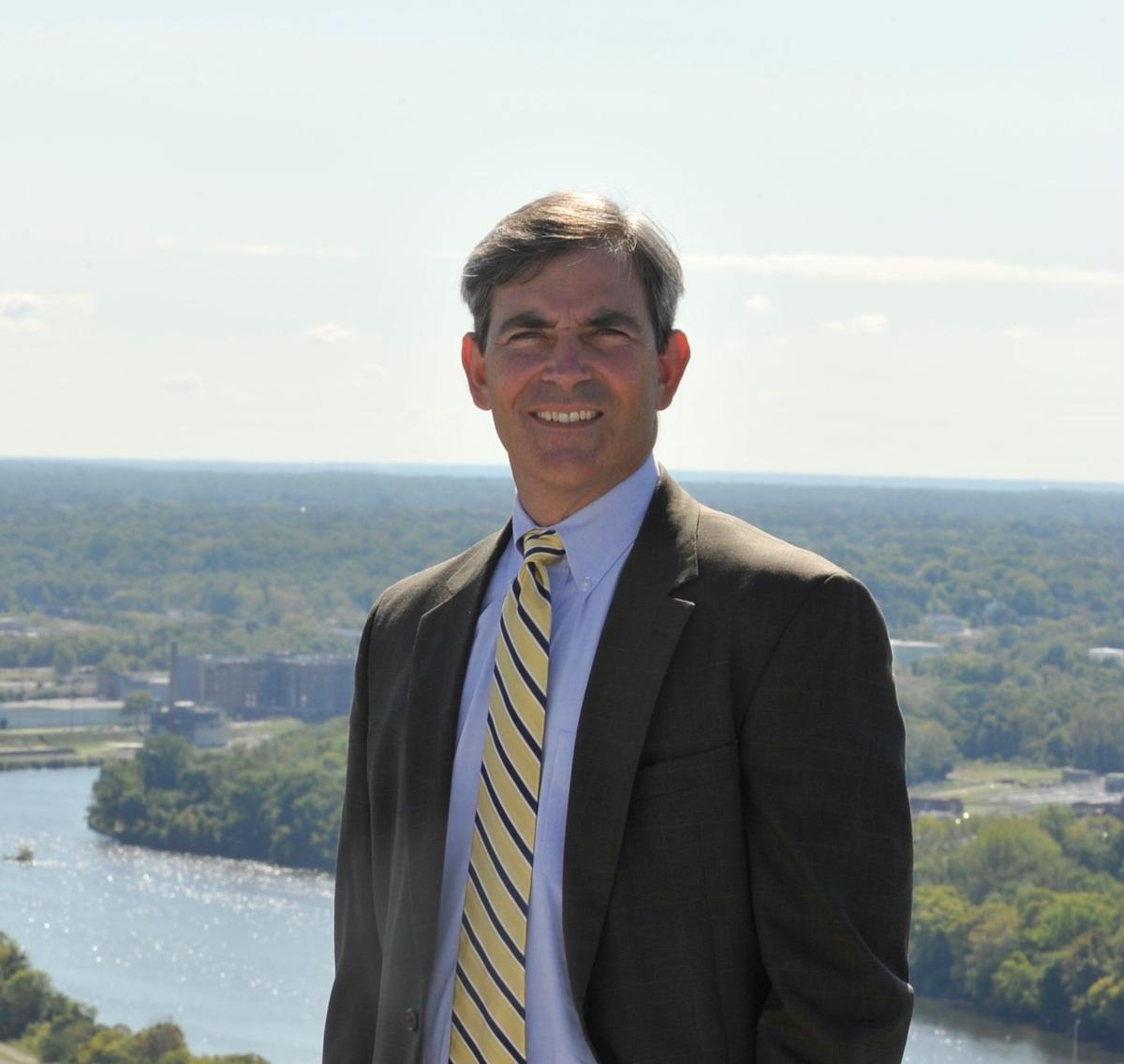 In 2012, Outside Magazine named Richmond America’s best river town. This past year, we made a splash on a global stage as the James River won the Thiess International Riverprize. For each of these accolades, the key factor was the improvement in the river’s health over the past four decades.

At its low point in 1975, the entire tidal James was closed to fishing due to toxic pollution, a ban that lasted more than 13 years. The overall health of the river registered a low D grade on the State of the James report that the James River Association issues every two years. Today, the river’s health has rebounded into the B range and the James is a mecca for outdoor recreation. We frequently see signs of the river’s rebirth, like soaring bald eagles and 6-foot sturgeon leaping from the water each fall.

Despite awards and improvements made, the James still has major issues that threaten the river’s ecology and human health. In 2018, record amounts of rain and runoff overwhelmed Richmond’s combined sewer system, causing more than 3.4 billion gallons of stormwater and sewage to spill into the river. That astonishing fact caught the attention of state Sen. Richard Stuart, R-King George. He, along with Sen. Siobhan Dunnavant, R-Henrico, introduced a bill to set a deadline for Richmond to fix all of its combined sewer overflow (CSO) issues. Other lawmakers from the Richmond region quickly rallied behind it, because no community should worry about raw sewage in their waterways.

As an old city, Richmond was built before the use of separate sewer pipes for stormwater, so about one-third of Richmond drains both sewage and stormwater into the same pipes that feed into the wastewater treatment plant. Under normal conditions, this system works well and even provides better pollution removal for stormwater. However, with heavy rains, the system is overwhelmed and the excess volume is discharged directly to the James. Raw sewage in the river creates a health risk for anyone in contact with the river for a few days.

In 1988, when the city developed its first Long Term Control Plan to address CSO issues, the combined system was able to collect and treat 62% of the total volume of water. After decades of work to fix the system, and with a wastewater treatment plant upgrade coming online this year, the city will soon be able to capture and treat 91%.

Still, data from our water quality testing program, James River Watch, show that the river downstream of Richmond frequently violates the state standard for safe levels of bacteria. Over the past five years, the sampling station at Rocketts Landing passed testing only 65% of the time, largely due to contamination from combined sewer overflows.

Stuart’s bill, as passed by the General Assembly, is a compromise supported by the bill’s patrons, the city of Richmond, Gov. Ralph Northam’s administration, the James River Association and other conservation organizations. For the first time, Richmond will have a deadline to complete its work on the CSO, with planning and construction finished by July 1, 2035. The bill also calls on city and state leaders to work together to cover the costs and protect low-income utility customers. Richmond Mayor Levar Stoney already has responded by including $49.5 million for upgrades to the CSO in his recently introduced budget.

The James River continues to be the city’s greatest natural resource. Polling shows the James is one of the highest-valued community assets for Richmonders and the top attraction for visitors and tourists, not to mention its role in attracting new businesses and skilled workers to the region. All of these benefits underscore the significance of the legislation passed by the General Assembly this year and the importance of making a strong investment in the city’s budget. It also challenges us to ensure that these economic and quality of life opportunities reach all communities, both above and below the river’s fall line.

For many, Richmond’s selection as America’s best river town came as a surprise — but not for us. Over the course of our 44-year history, the James River Association has witnessed tremendous progress in the health of the James River and the vitality of the Richmond community. But our work is not finished until every section of our river is fully restored and every community benefits. Let’s finally fix Richmond’s combined sewer system so everyone in America’s best river town can enjoy the best of the James River.

Bill Street is CEO of the James River Association. Contact him at: bstreet@thejamesriver.org

There is nothing new in this article that hasn't been know for years. The fact that the City of Richmond continues to dump untreated sewage in the James is criminal neglect. We don't need a shiny new coliseum, although that's what the Mayor kept pushing instead of addressing the City's crumbling infrastructure. If you don't take care of environment, then it won't be able to take care of you. Why is this so hard for politicians of all types to understand?