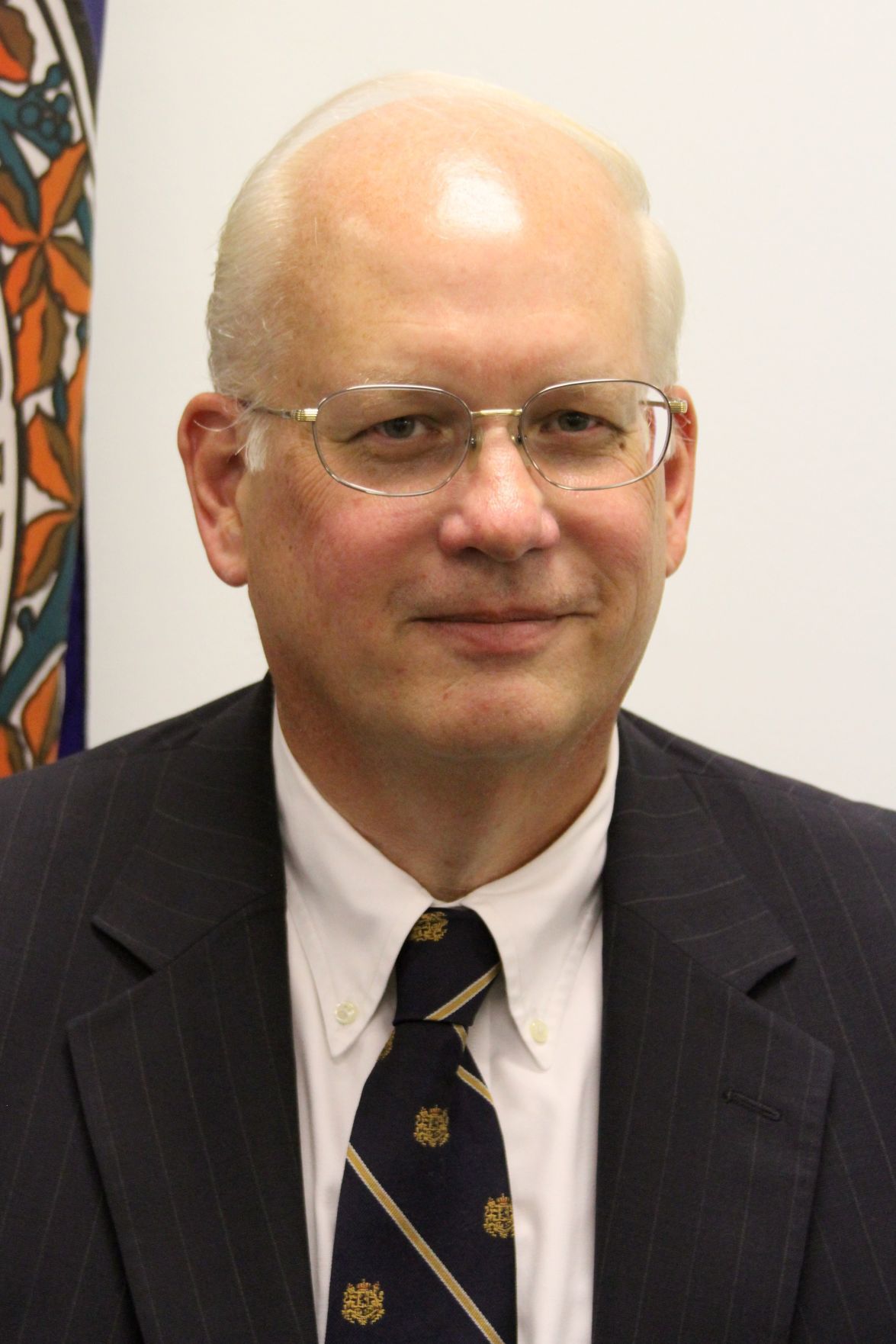 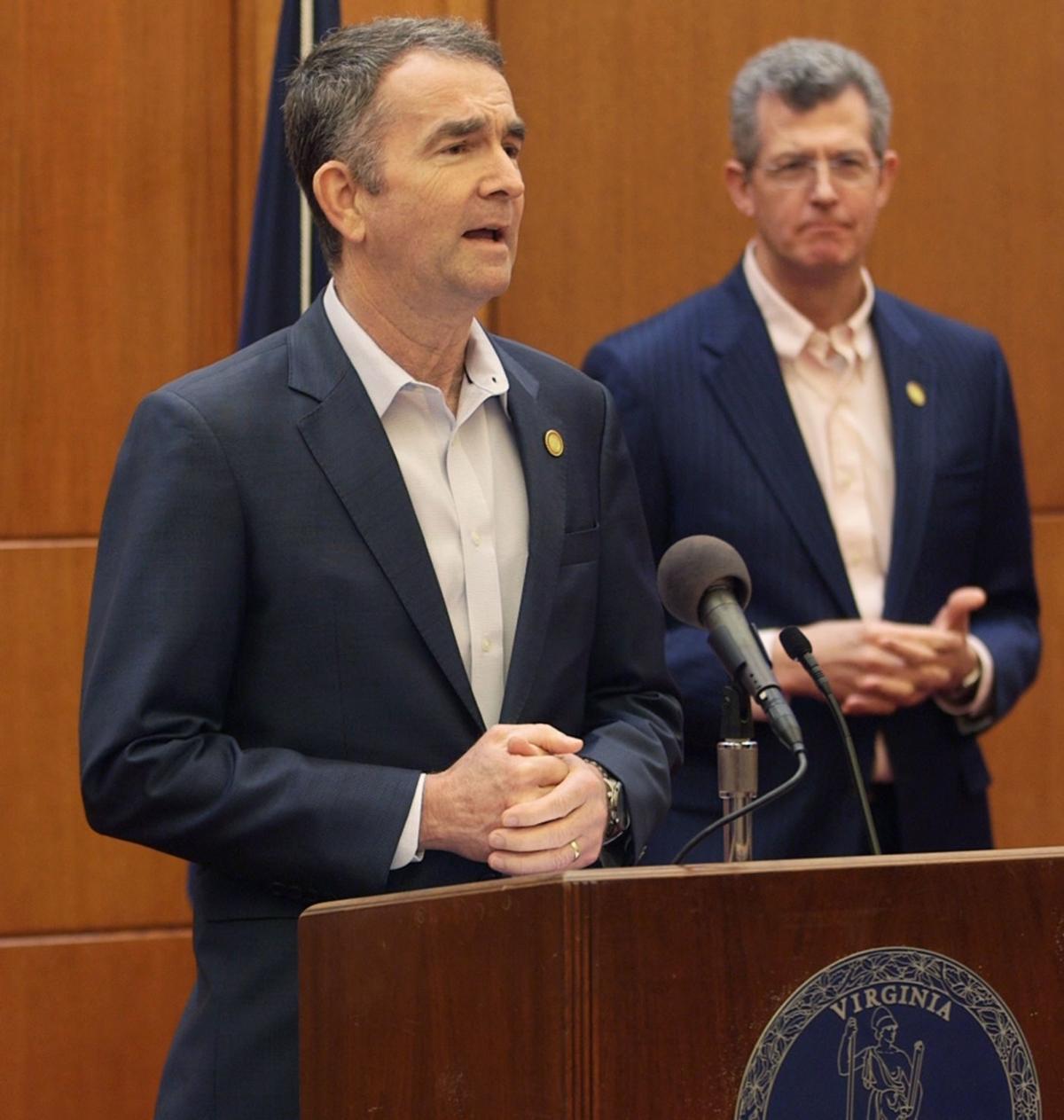 Gov. Ralph Northam spoke during a March 20 press briefing about the coronavirus.

Gov. Ralph Northam spoke during a March 20 press briefing about the coronavirus.

If Donald Trump is a “wartime president,” Ralph Northam is now a “wartime governor.”

Unless one has been isolated on a Pacific isle (or wears tinfoil hats to block evil radio waves), Virginians understand that the pandemic we are in is deadly serious, growing exponentially, and requires radical steps to reduce its disastrous effects on our health and our economy. Unlike Nazis during World War II, COVID-19 has already landed on our shores.

But like WWII, mobilizing to fight our new enemy requires redirecting large numbers of resources. And winning will take not playing by the rules.

In the past 75 years, government has done what Thomas Jefferson, in the Declaration of Independence, accused King George III of doing: “...erected a multitude of New Offices, and sent hither swarms of Officers...” in the form of a regulatory regime designed to protect Americans from abuses and from each other.

In fighting a common enemy, those rules and regulations serve mostly to hinder. The answer is better found by freeing up those regulations, permitting flexibility and waiving requirements in key areas needed to win. And, by all accounts, Virginia’s governor — when emergency powers are invoked — can cut through those regulations.

Prime among these is freeing up resources to be more flexible in delivering care. COVID-19 cases will soon overwhelm our hospitals. Patients normally treated there will be moved back to their homes. Health professionals will start to fall ill themselves. Regular checkups will temporarily become a thing of the past, as doctors strive to minimize visits to their waiting rooms.

Steps should be taken to ensure telemedicine is expanded as broadly as possible and, correctly, Northam recently expanded telemedicine services to include full Medicaid reimbursement. Licensure reciprocity should be instituted so doctors and nurses licensed in one state can practice here (including and especially through telemedicine).

Pharmacists should be permitted to test for and provide medication for non-chronic conditions (i.e., strep throat and flu), and to make non-narcotic medicine refills available without new prescriptions on a limited emergency basis, as well as to give the coronavirus test when more inevitably become available. They are already trained to do this testing. They are simply not permitted to do it in Virginia. And they might need some funding assistance to obtain the machines.

To backfill medical professionals who will eventually be forced to self-quarantine, retired nurses and doctors should be invited back to work for lower levels of care, whether their licenses are up to date or not.

But since that population is also the one most at risk, we should also go to the other end of the generational spectrum. Just as military officers graduated after only three years during WWII, doctors and other health professionals in their last year of medical and nursing school should be allowed to practice several months early — perhaps even graduate early. They might not be ready for surgery or detailed oncology plans, but they could free up experienced doctors for more difficult cases in hospitals.

Full practice authority should be offered to advanced practice registered nurses with added skills (i.e., nurse practitioners and anesthetists, midwives and clinical specialists) and be able to practice to the full scope of their education, training and certification. They have the knowledge but, like pharmacists, they are not permitted to use it in Virginia.

Post-9/11, Virginia organized a Medical Reserve Corps. But those medical professionals need to be compensated and, just as important, it conflicts with the state’s “Good Samaritan” law (which applies only to uncompensated Virginians) need to be swiftly resolved in order to maximize its effectiveness.

Short on supplies? In an action reminiscent of WWII industry switches from adding machines and wheelbarrows to automatic pistols and ammunition carts, Virginia’s Alcohol Beverage Control Board is giving distillers permission to switch from vodka to hand sanitizer. The governor and regulators should set the tone by making it clear: Innovation is encouraged here.

All of this can be done, mostly through the powers given to a “wartime governor” in a state of emergency, or by requesting Centers for Medicare & Medicaid Services Section 1135 waivers from the federal government — in this case, an administration with plenty of disdain for regulations serving as barriers to common sense. None of them need be permanent; all of them are needed to win.

Finally: Will some take advantage of that flexibility? Yes. Will mistakes be made? Yes. But the consequences of doing nothing far outweigh those of doing something.

Against an unseen enemy, we’re told there’s a war. Let’s act like it.

I trust Governor Northam with a DR after his name much more than any of us should trust Rump with nothing after his name but a string of national fails.

Trump is NOT a war time president... He has been nothing but talk, talk and more talk but done virtually nothing but roll out his daily reality show... F him... ~~~ Bob

Better talk to the insurance companies. The first time one of these almost doctors kills someone or a retired nurse give the wrong medication, there will be heck to pay. Sounds like a bailout for the medical malpractice industry.

Good point, Jim. I suspect the Gov can -- if he decides to -- issue emergency regs to protect temporarily against the sort of ghoulish behavior you imagine.

Kenneth, I would imagine (not know) that this is covered by the state's Good Samaritan laws.

Best to not give unprincipled tort lawyers even a crack to slip through.