On Thursday, an artist worked on a poster paying tribute to George Floyd. 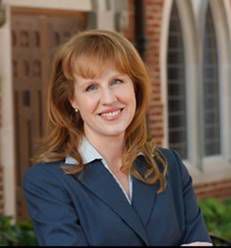 On Thursday, an artist worked on a poster paying tribute to George Floyd.

The video is hard to watch. Witnessing the slow suffocation of George Floyd, a black man, as he is being murdered by a white police officer feels obscene. And it is — but that’s the point.

What was it about Floyd’s death that was different from all the others at the hands of police? Surely those of us born into “white privilege” know that police brutality against black and brown communities happens every day. Why was Floyd’s murder the match that ignited protests in all 50 states?

Social cognitive theory offers an answer: Our mechanisms of moral disengagement broke down. Moral disengagement is just a fancy way of explaining how we manage to sit with things that we know are deeply, egregiously wrong. We distance ourselves from the offensive conduct and a variety of psychosocial mechanisms help us do it.

These and other mechanisms of moral disengagement protect our delicate psyches from the heavy emotional toll of living in cognitive dissonance, where our high-minded ideals collide with our low performance in meeting them. We say we care. And yet, we are willing to tolerate the intolerable.

Until a video captures the murder of George Floyd for all the world to see.

We see a man who told the police he couldn’t breathe not once or twice, but 16 times. At the end, he cried for his mom. As mothers and fathers and daughters and sons, how can our hearts not break?

We see a police officer with his knee pressed on Floyd’s neck, his casual cruelty perfectly communicated by the hand in his pocket. He almost looks bored by the banality of it all. Onlookers tell the officer to check Floyd’s pulse. He’s not moving, they say. But the officer does nothing. And the three officers standing by do nothing. It is just another day.

This is shocking, infuriating, unjust and all too real. We can’t bear to look and now, we also can’t look away. Having seen profound injustice with our own eyes, we can no longer avert it. In-your-face reality has broken through our mechanisms of moral disengagement.

If there is a glimmer of hope in all this, it is that the last time we saw real change was on the heels of the exact same phenomena.

Civil rights progress had been stalled for a decade after the U.S. Supreme Court declared segregated schools unconstitutional — until Birmingham, Ala., police attacked marchers who were peacefully protesting the city’s segregationist practices in 1963. Legendary pictures of white policemen using dogs, clubs and firehoses to brutally suppress black school children shocked the nation’s conscience and led to passage of the 1964 Civil Rights Act the following year.

Then in 1965, state troopers just outside Selma, Ala., descended upon protesters marching for voting rights, assaulting them with tear gas, clubs and rubber hoses covered with barbed wire. Networks broadcast the carnage live, appalling the nation and leading to passage of the 1965 Voting Rights Act months later.

The Rev. Martin Luther King Jr. famously claimed that the arc of the moral universe bends toward justice, and history has shown that events forcing us to face injustice, stripping us of the mechanisms that allow us to deceive ourselves, are part of the reason those words ring true.

But to say those words ring true does not mean their truth is inevitable. The past 50 years also have shown that bending the arc of the moral universe can be like trying to bend steel with one’s own hands. Let us feel the pain and frustration and anger of a black community forced to protest the same state-sponsored injustice that its grandparents protested. Where is the arc of the moral universe in that?

Outrage today can mean progress tomorrow, but if past truly is prologue, that happens only if the power of white privilege is wielded to serve the cause of racial justice. It is not enough to support change. We who are born into white privilege must insist upon racial change; we must join with the black community unequivocally in demanding it, and our demands must be as clear in the voting booth as they are in the streets. That’s the story of the 1960s. It can be our generation’s story too.

Corinna Barrett Lain is a legal historian and death penalty scholar at the University of Richmond. Her current work uses social psychology literature to explore the dynamics of lethal injection. Contact her at: clain@richmond.edu

It turns out Rump’s First Lady’s delay moving to the White House was more about leverage in renegotiating her PRENUP than it was about “Barron’s schooling.”

And it all happened because some unforgiving store keeper called the cops on someone whose only crime was to pass a counterfeit $20 bill, which most likely he had received as change from a $100 bill he had paid to pick up meals for some homeless people.

Won't we ever learn that all, if not most police, and some store owners are looking for a way to do in a black man. We as a forgiving society deserve no less. Period.

It all happened because a unarmed African American was strangled by a cop. A guy who exclaimed 8 times that he wasn’t getting to breathe. And finally pleaded for his mother as the racist cop murdered him in public.

This cop was looking for a way to get away with murdering an African American. Fortunately, thanks to the marvels of modern video, his horrific racism came to light and he will NOT get away with it.

Flaky ..... when will you be testifying at the trial on what you know for sure that others don’t want to know? I hope you are not using one video as your evidence.

You do know that some courts are no longer accepting eye witnesses accounts of what happened in cases like this.

Here is a video that shows Floyd to be alive before dropping his small package of flour, and later being led to a police car where he dropped .... and then who knows what why he dropped, and what happened after that.

Life is not a movie you can end it anyway you want …. Where the police horse dies in the end and the leading lady is left crying as her hero walks off into the sunset.

Spacy Peter eyewitness testimony confirms the video and vice versa. Truth is not a movie you can edit anyway you want. President Lysol is learning that the hard way.

And most whites are killed by other whites.

“The CDC statistics cover 2011 through 2015, the most recent five years for which data are available, and encompass 2,962 counties and 99% of the U.S. population.

According to the data, rates of homicides, gun killings and illicit-drug fatalities are highest in counties where nine in 10 residents are white and where President Trump won in the 2016 election.

Such counties are not limited to one geographical region. They include Boone County, W.V.; Washington County, Utah; Baxter County, Ark.; and Brown County, Ohio.

Correspondingly, the white Americans who are safest from such deaths are those who live in racially diverse areas such as Los Angeles, New York and Chicago, where two-thirds of residents are nonwhite, where millions of immigrants live, and where voters favored Hillary Clinton in 2016. Nonwhites also are safer in these areas overall, though rates vary by location.“

Monday night, June 1, two cops got out of the same police car on Semmes Ave., one was white one was African American.

Eventually both cops were shot.

Both established GoFundMe pages for help with bills while they are laid up.

The African American cop received only $12,000 dollars in donations.

Whites being given preferential treatment... again.

tell your black brothers to step up man, why are you waiting for some white people to do the paying.

Carole proves my point to a “T”

For once, John King posted something that made sense. The phrase " Black Lives Matter" should read "All Lives Matter". The graffie, setting fires rioting & looting doesn't help any ones cause

If all lives matter, why are blacks specifically targeted for unequal treatment, excessive use of force, and unnecessary death at the hands of cops?

because blacks are the ones that put up a fight, resist and shoot.

Carole -fo you have any information to support that claim?

Blacks are the ones that shoot? Have you forgotten the father-and-son rednecks in Georgia who killed the black jogger? You are a walking, talking, posting proof against white superiority.

it's called white guilt , brought to you by the white privileged collage educated knows everything's.

More babble from the racist women who supports the racist sexual abuser president....

The people who shot the 9 were not white cops on taxpayer payroll who wielded excessive force on an unarmed black man to kill him.

People across the nation had enough when they saw this brutal racist misapplication of the law and are demanding accountability of those who are paid to serve and protect all Americans.

You repeat the Black on Black crime mantra to excuse all the racist behavior of white people...The you go into the George Floyd was a criminal resisting arrest...Never mind that the cop murdered him on video..Never mind that cops don't get to just kill people......That BS you spout is a favorite of racists nationwide.....Trump loves people like you...Ignorant and racist..