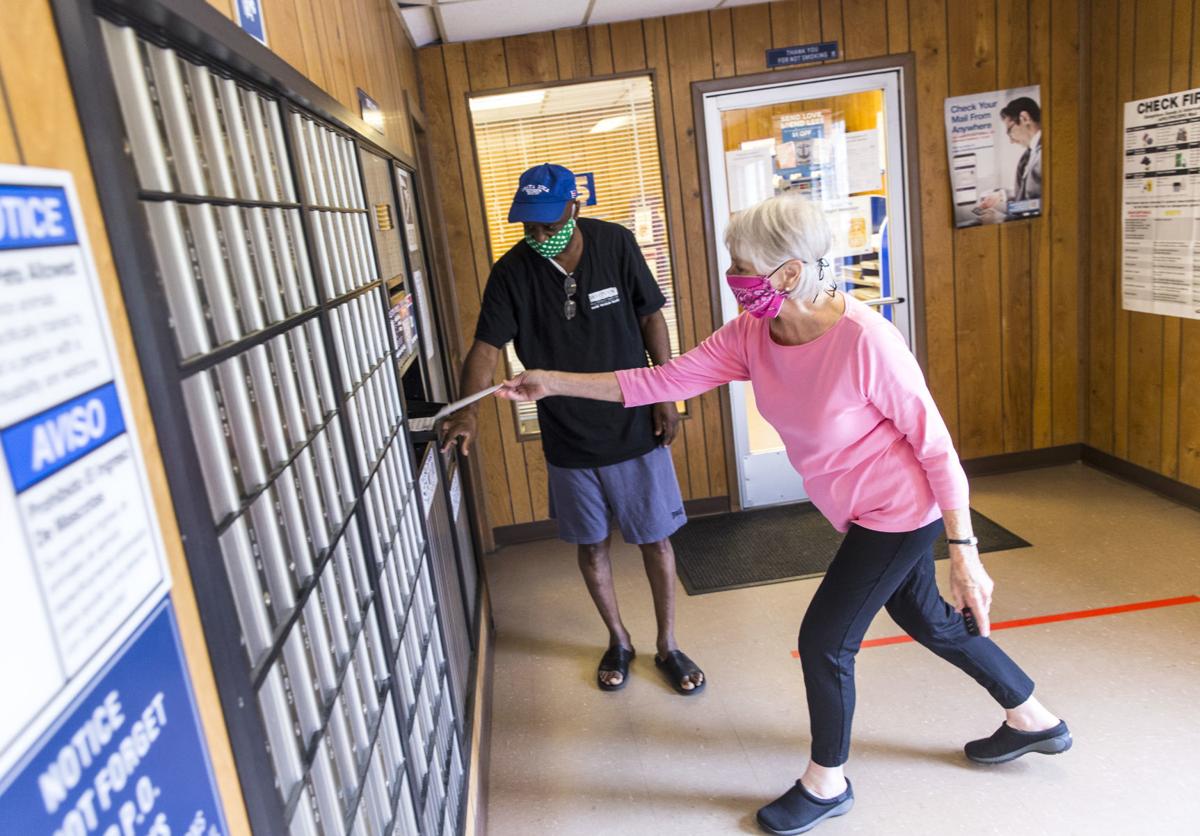 Two customers wore face masks as they dropped off a letter at a U.S. Post Office in Toano on Tuesday. Masks are one tool to reduce the spread of COVID-19. 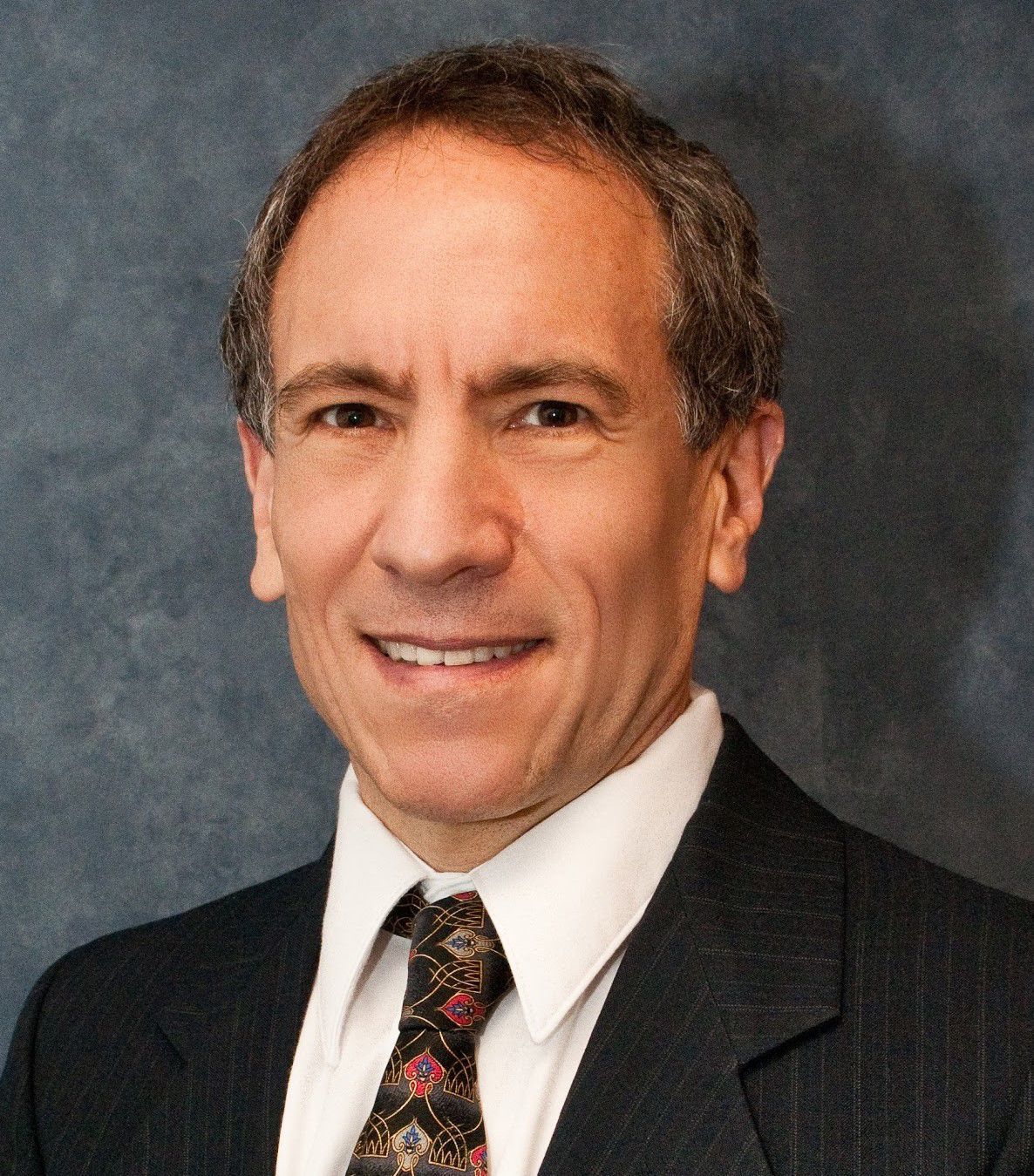 Two customers wore face masks as they dropped off a letter at a U.S. Post Office in Toano on Tuesday. Masks are one tool to reduce the spread of COVID-19.

The other day, I was at a hardware store and someone in the return line in front of me said he didn’t know anybody who had COVID-19 or anybody who had died. When the man finished his transaction, he moved toward me and, as I backed away, he said, “Don’t worry, I’m OK.” First of all, I am worried. Second, I don’t know if you are OK.

The death toll is impressive since that figure is higher than the number of U.S. citizens who perished during the 21 years we fought in Vietnam. It now exceeds the number of U.S. personnel who died in Vietnam, both Iraq wars, Afghanistan and the 9/11 attacks. Yes, I know people who have contracted and died from COVID-19, and individuals who served and died in Vietnam. Even though you don’t know anyone who died, that doesn’t mean that this pandemic or that war didn’t exist.

Other countries have done an exemplary job of containing viral transmission. In Iceland, they have not had a single case in weeks. Yes, it is a small island that can isolate itself, but they have used appropriate testing and tracking.

You don’t want anyone to track you? The truth of the matter is, if you own a cellphone, your provider, internet service and many apps track you. You probably gave some of them permission to have access to your email, contacts, phone and files. Tracking is not to follow you, but to alert other people who might have come in contact with you if you were infected.

Other countries also have used testing, isolation and masks. As of Thursday morning, places like Hong Kong (population: 7.5 million) had fewer cases (1,067) and deaths (four), than my own county of Henrico. This was accomplished without stopping normal activity. South Korea (population: 51 million) basically has suppressed the spread and transmission of COVID-19 (11,344 cases, 269 deaths). The important distinction was wearing masks, and two weeks of isolation for anybody who had the virus, or came in contact with someone else who did.

I am a surgeon. When I perform surgery, I wear a mask, head and shoe coverings, clean scrubs and a gown. The other people in the operating room also are required to wear similar garb. If one of the tables holding instruments accidentally is touched, the instruments have to be resterilized.

Imagine entering the operating room for a procedure, and there I am in my street clothes, saying, “Don’t worry, I’m OK. I’m sure the other people in the room are OK.” I don’t think you would continue to use my services. People on the front lines such as respiratory therapists, nurses, aides, techs and doctors who are seeing known or suspected COVID-19 patients, are wearing personal protective equipment to minimize their chance of contracting the disease. But when I wear a mask, scrubs and a gown to perform surgery, I am doing it for your protection, not mine.

The high number of cases in this country could have been suppressed and reduced with appropriate testing, tracking, isolation and masks. We would not have had to endure more extreme measures if these simple procedures had been followed. Although it might be inconvenient to wear a mask, it shows that you are considerate of the health and welfare of your friends, relatives, co-workers and strangers. It would be easier to wear a mask for several weeks than to have the economy shut down for multiple months.

Although it might affect other organ systems such as the heart or kidneys, the coronavirus usually resides in and affects the respiratory system. Therefore, it can be spread by talking and breathing, although laughing, singing, coughing and sneezing will further expel the viral particles. No one is asking that you give up your freedom, but rather, we’re requesting that you join the fight in suppressing the transmission of this virus simply by wearing a mask.

Be considerate, be smart, be kind, be thoughtful and you as an individual and we as a nation can combat this together, instead of being at odds and having this pandemic linger on for months.

Joseph Gianfortoni is a physician in Henrico County. Contact him at: jggian@verizon.net

I wonder if physicians and other medical personnel will stop wearing their scrubs out in public when they go to lunch, to a child's athletic event, or otherwise in the public arena.

Craigmont McGill - Most or all will wear masks. But what purpose would there be in wearing scrubs?

As a Vietnamese friend told me at the beginning of this mess, the east would fair much better than the west. They social distance as a part of their culture and do none of the hand shaking, hugging, or back slapping the westerners do, choosing to bow. The good doc's examples seem to bear this out. Or we can just go with it's all Trumps fault.

Jim, "Or we can just go with it's all Trumps fault." This is not a binary choice. Trump did not create this virus, mother nature did. But his mismanaged response caused tens of thousands of deaths in America, and he is not done yet.

“‘Doomed from the Start.’ Experts Say the Trump Administration’s Coronavirus Response Was Never Going to Work”

“Squandered time: How the Trump administration lost control of the coronavirus crisis”

“Here Are 17 Ways the Trump Administration Bungled Its Coronavirus Response”

A great commentary from a medical professional.

Dr. Gianfortoni writes quite correctly: “The high number of cases in this country could have been suppressed and reduced with appropriate testing, tracking, isolation and masks.” Of course he is correct. He also cites some statistics from countries that managed the crisis better than we did, and we will see much more of this dichotomy when this crisis is examined in detail, as it will be.

We did not have to suffer over 100,000 deaths, a large percentage of that number was a self-inflicted wound inflicted on us by Trump. Thanks dog he is not even trying to lead the country any more. Let the governors and Congress deal with the problem in the appropriate way. Let Trump spend his time quarreling with Twitter and others.

Good luck with trying to get the anti-American Trumpers to give a flying f**K for their fellow man... These people are ANIMALS... ~-~ Bob

You must forgive him. He's himself today.

I don’t see Bob using any words you can’t find in a typical Rump campaign speech. With apologies to Bob, he seems to be communicating in a style that seems to resonate with Rump’s voters.

So, I have no doubt you understood his meaning, carole, eve though, for some reason, you take issue with his “nasty mouth” while you give Rump a pass.

Drake Butler - Trump's speeches and tweets are hardly gentlemanly, but I don't think I've seen any that includes "flying f**k" or any other kind of f**k. Did I miss something?

Trump has used the f-word at campaign events... Flyin' f or just plain f**k??? Mox Nix... BTW, I have said here many times that I will be more than happy to change the way that I communicate if the FAT SLOB of a president will do the same... Drake is 100% correct... Y'all love to attack me while giving the FAT SLOB a pass??? Go figure??? ~~~ Bob

Bob Harrington - I did a Google search, as you suggested. All I found was that it was picked up by a live Mike that wasn't supposed to be on. I couldn't find even one example of his dropping the F-bomb in public intentionally. As usual, you're lying.

Here Steve. Or you can just go to YouTube and search “Trump Swears” to watch many many examples.

The first president whose speeches have to be redacted for grade schoolers.

There’s a long Wikipedia entry devoted to it.

How big is the bubble you live in that you don’t know this?

p.s. I had to remove some names because the RTD purity checker wouldn’t let them pass.

Drake Butler - I did as you suggested. I found a number of video clips of him saying "bullsh*t", but none using the F-bomb. Bullsh*t is a swear word for sure, and Trump is a boor for sure. But I'm unable to confirm that "Trump has used the f-word at least once at one of his rallies... Google it an d you'll find it... ~~~ Bob" isn't another of Bob's habitual lies. But as much of a boorish jerk as Trump is, Bob is easily his match. It's not something I'd point to with pride.

Steve - either you ain’t looking very hard, or you are just developing those republican truth filters so popular among the cult of Rump.

“Donald Trump drops F-bomb, and other profanity during campaign rally”

Here’s a compilation.... don’t play it with grade school students around.

Drake Butler - Wow! I should get out more. None of those came up on my searches. You're right, I'm wrong. I apologize to you and especially to Bob Harrison fo saying he lied about this.

Having said that, Bob's potty mouth and respect for the truth easily match Trump's. That's no trivial feat.

Well... the president DOES set the tone for the nation debate after all.

Drake Butler - I didn't even know there was a national debate. But if there is, I don't feel any obligation to act like a narcissistic boor just because the president does. Is there a reason why you aspire to that?

I’m just trying to communicate to his supporters And defenders in the vernacular that they seem to respond to. Intelligent conversation and facts don’t seem to be very persuasive among the cult of Rump.