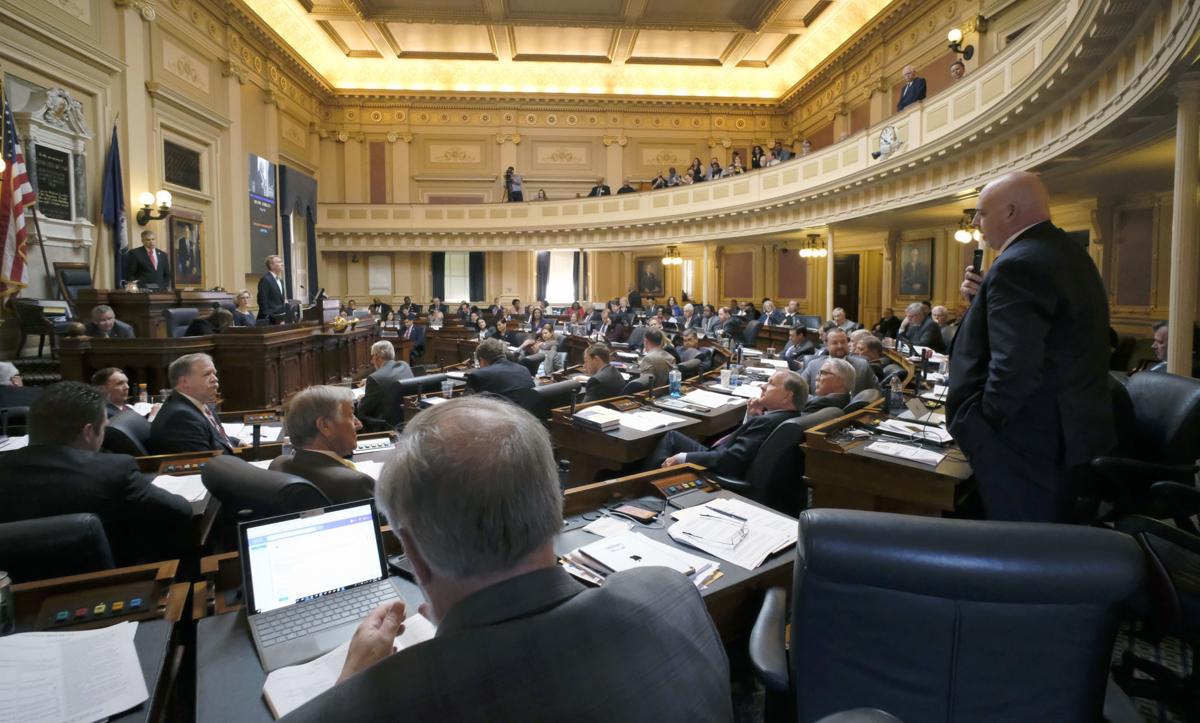 Del. Todd Gilbert, R-Shenandoah, right, addressed members of the House of Delegates during the veto session on April 3. 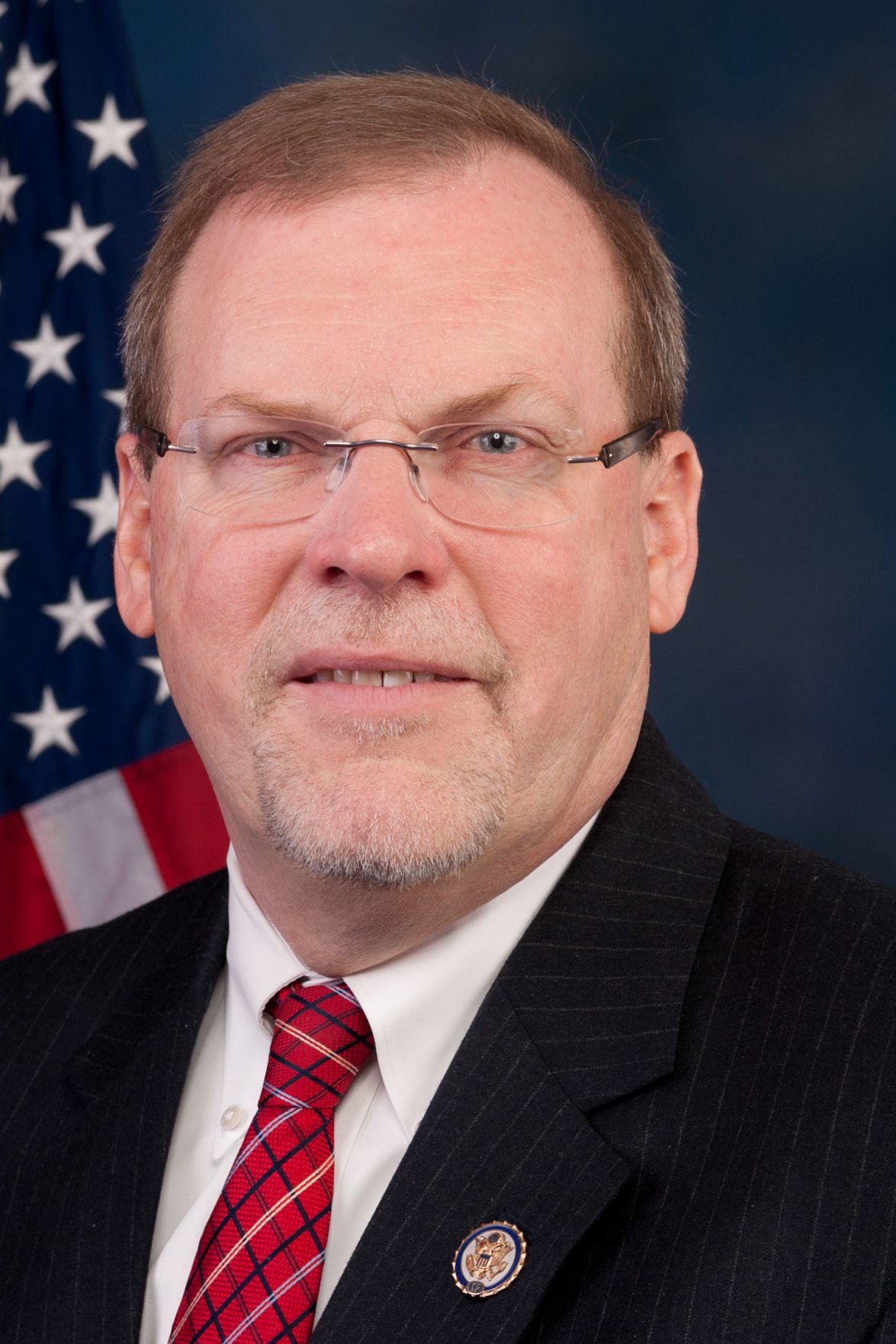 Rules are important. It’s a lesson we teach to our children early in life. An institution’s rules shape its character. They are meant to protect everyone, not simply the people who write them.

When the Virginia House of Delegates convenes in January, one of the first votes will be on the rules package that governs the chamber. What the new Democratic majority chooses to include or exclude in this package will shape the results of legislation in the House of Delegates. The rules also will influence the delegates, determining how effectively they can give voice to their constituents and their principles.

I have always believed the rules should reflect the principles of representative government.

A crucial question remains to be answered: Will proportional representation for committees be kept by the new Democratic majority in the House rules?

Proportional seating on committees means the committee reflects the overall partisan makeup of the House, which will be 55 Democrats to 45 Republicans in the new House.

The standing committees of the House of Delegates are the engines that drive the legislative process. All bills are referred to committees that can kill, amend or pass them. What takes place on the floor of the House depends on what happened in committee. Therefore, the partisan makeup of a committee is important.

When I arrived in the House of Delegates in 1994, the balance of power was 53 Democrats to 46 Republicans and one independent, yet the partisan composition of some of the chamber’s most important committees reflected the complete Democratic control of the previous century.

On the powerful Appropriations Committee, which has jurisdiction over budgets and revenue, five Republicans and the one independent faced 16 Democrats.

Similarly, the Courts of Justice Committee, with sway over the criminal code and the justice system of Virginia, consisted of only six Republicans versus 16 Democrats.

This state of affairs limited the ability of many Virginians to have their voices heard through their representatives.

Accordingly, the first vote I cast as a delegate was against the rules package governing the House of Delegates that allowed the unfair committee disproportionality. I began a campaign to change the rules.

Four years later, when the House of Delegates was evenly split and its opening day was chaotic, I proposed amendments to the rules package implementing proportional representation for committees. With the help of some fair-minded Democrats, they were adopted.

When Republicans took control two years later, even though many in our caucus wanted to treat the Democrats the way we had been treated before 1998, proportional representation was maintained.

In the wake of the 2017 general election, with the House of Delegates narrowly divided 51-49 between Republicans and Democrats, Speaker Kirk Cox and House leadership kept proportional representation in the rules and even extended it to subcommittees. It was the right, proper and fair thing to do.

While proportional representation allows members of the minority party more voice in the legislative process, Virginians who elected them deserve to have their voices heard proportionally.

If the majority cannot steamroll its preferences through committee, then delegates have more reason to legislate in a collegial, inclusive and fair manner.

To be clear, proportional representation still leaves the majority in control over committees. It simply maintains a balance in committees more representative of all the diverse people of our commonwealth.

The House of Delegates still meets in the building that Thomas Jefferson designed. When Jefferson was inaugurated as president in 1801, marking the transfer of power from one party to another, he said, “That though the will of the majority is in all cases to prevail, that will to be rightful must be reasonable.”

Jefferson also knew, as he explained in his “Manual of Parliamentary Practice,” that “it is always in the power of the majority, by their numbers, to stop any improper measures proposed on the part of their opponents.”

Proportional representation on committees does not do away with majority rule but makes it fairer and more reasonable, allowing minority views to be expressed and guarding against arbitrary majority power.

Virginians await the evidence. Is the new majority interested in fairness or only power politics? I will reserve judgment until the passage of the rules package on Jan. 8.

Fair? Is it fair that Morgan Griffith continues to attempt dismantling the ACA because of his frightwing nut hate for Obama? A lot of Griffith's constituents were denied insurance for years...343,000 Virginians now have Medicaid no thanks to Griffith. Now he wants "fair." LOL!

Republicans always fear to have done to them what they've done to others. Who's the real snowflake?

Fair has always been just that... My problem is that when Republicans are in power they don't give a flying f**k about FAIR but when they aren't that's all they care about... ~~~ Bob

Tom, as sometimes happens, Bob didn't pause very long for thought before firing the blunderbuss. Of course, there's nothing unfair about proportional representation, although if -- as is usually the case in Congress these days -- no one is willing to cross party lines, the ratio means little.

You are exactly right. If all votes are going to be on party lines, what does it matter if the vote is 9-8 or 12-5? Same result.

There were votes that demanded bi-partisan compromise - WAAAY back before Reid hit the nuclear button... actions have consequences. Just as this Impeachment Improv will for future presidents. And the suspects will all cry FOUL when it happens - like clockwork.

~~~Bob …. you think you are mad now ….. change parties, then listen to the comments similar to yours that are made by other Democrats (Socialist), and then you will know what mad is.