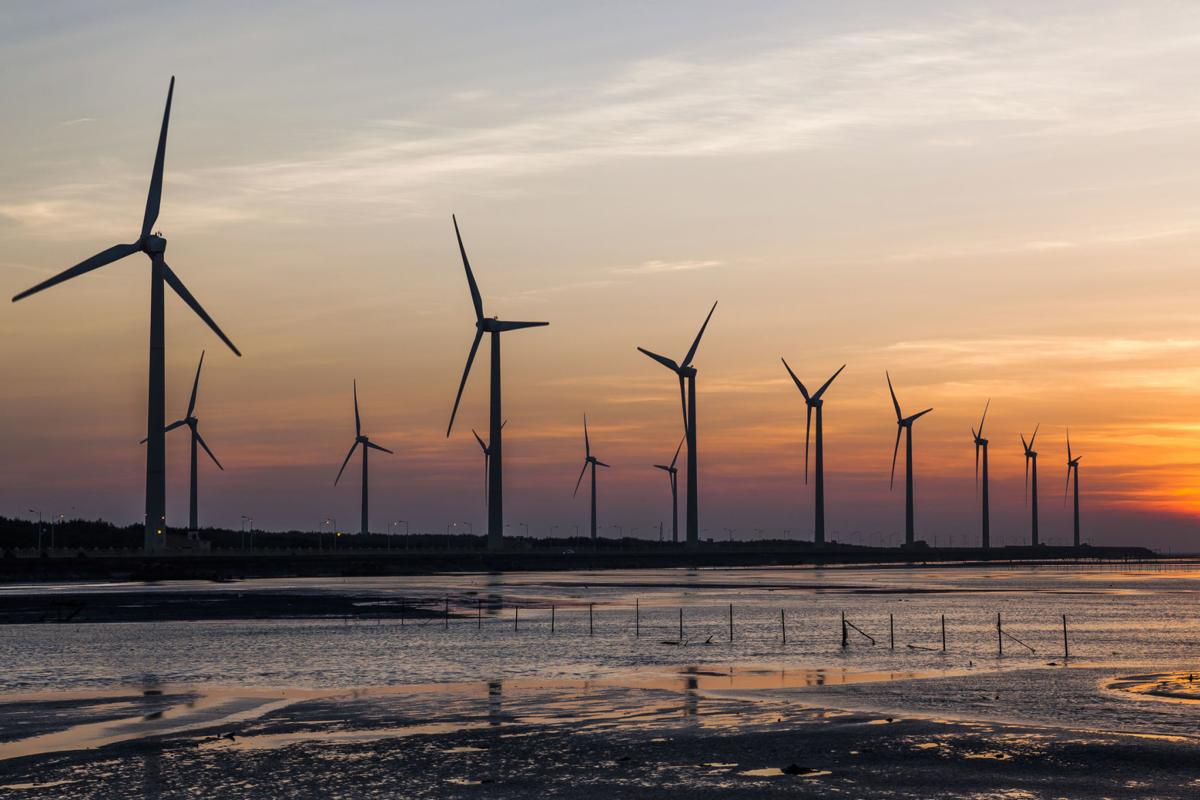 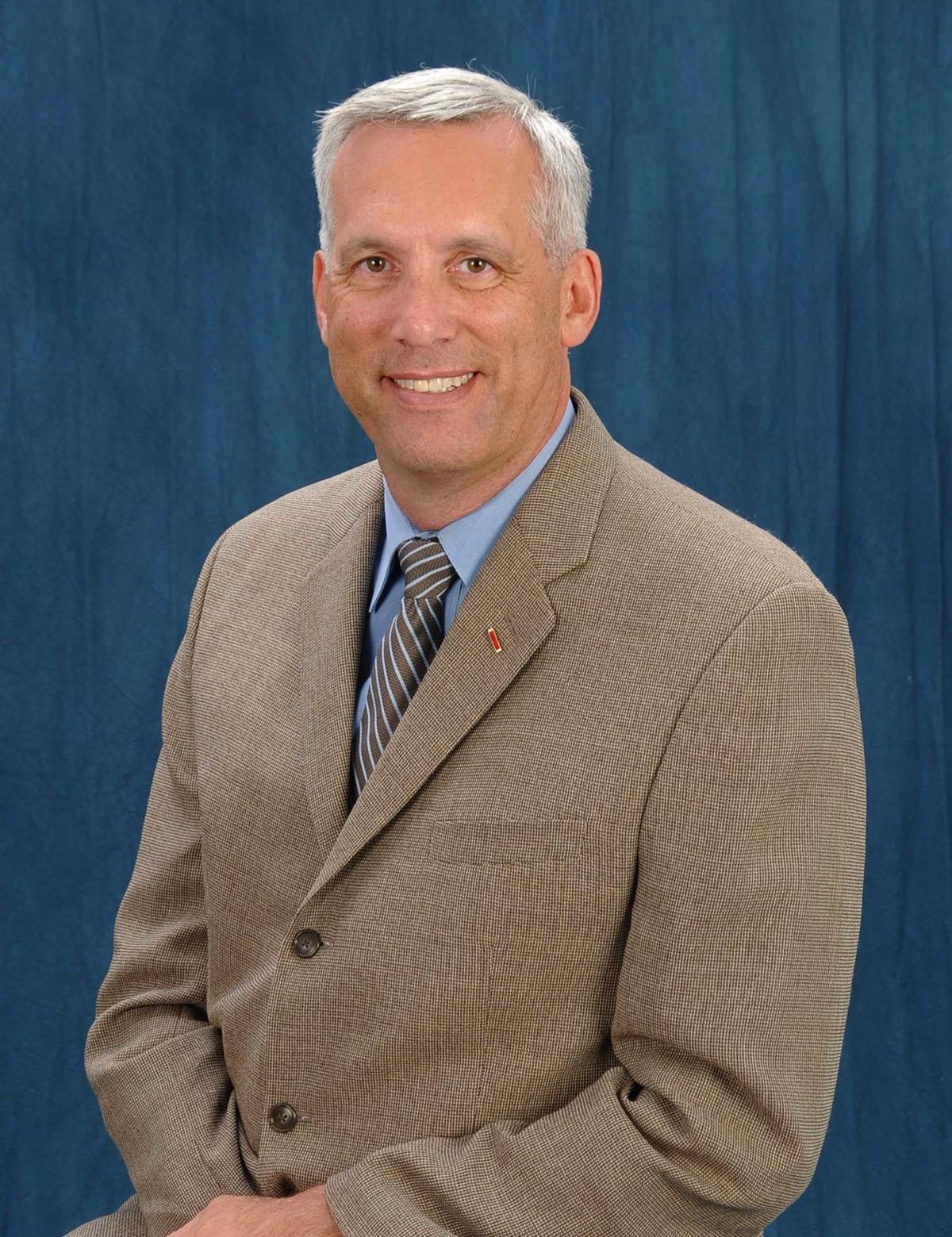 Virginia is all in for reinventing itself with renewable energy by capitalizing on offshore wind generation and job creation. On Sept. 19, Dominion Energy announced the largest offshore wind project in the U.S., to produce 2,600 megawatts of wind energy by 2026 off our coast. That’s enough to power approximately 650,000 homes. On Oct. 18, Gov. Ralph Northam set new clean energy goals, including reaching 30% of Virginia’s electric system powered from renewable sources by 2030, and 100% of electricity from carbon-free sources by 2050.

These are daunting goals, but the commonwealth is set up for success with like-minded leaders who share one single vision.

Virginia has tackled megaprojects like this before and it will do so again. Five years ago, the Army Corps of Engineers partnered with the Port of Virginia, the Virginia Maritime Association and scores of like-minded public and private sector stakeholders to create a plan for wider, deeper and safer federal navigation channels to accommodate the ultra-large container ships coming through the widened Panama Canal. This project is currently underway and has proceeded with a speed and agility seldom seen in similar federal projects.

This same group of leaders now joins others in government, academia and industry in a shared vision for what will become the nation’s largest offshore wind energy farm. The commonwealth of Virginia and Old Dominion University (ODU) have established an official task force to align, enable and accelerate offshore wind efforts until a formal office for offshore wind is established.

Virginia’s centralized Atlantic Coast location, as well as our modern maritime infrastructure, position us well to be a supply chain hub for the offshore wind industry.

Equal in importance to supply chain development is job creation. We often hear that “offshore wind equals onshore jobs.” Here, our success will be directly related to how quickly we can establish the training and educational programs required to certify our future offshore wind workforce. Jennifer Palestrant, formerly of Tidewater Community College’s SMART Center, was recently appointed as chief deputy, Department of Mines, Minerals and Energy. She, as well as Secretary of Finance Aubrey Layne, will play a huge role in overseeing the commonwealth’s efforts for offshore wind in Virginia.

On the tech and innovation front, ODU and partner universities have applied or are currently applying for offshore wind-related research grants. What’s fueling much of this national interest is that the commonwealth is the sole holder of the only offshore wind research lease in federal waters.

Fair winds are blowing toward Virginia in other ways as well. At the Sept. 20 “Sea to Land” conference hosted by the Business Network for Offshore Wind, the organizers complimented the task force’s model as the standard other states should follow.

At the national level, Congress has taken notice with a recent letter signed by U.S. Sens. Mark Warner and Tim Kaine, as well as U.S. Reps. Bobby Scott and Elaine Luria of Virginia, encouraging the assistant secretary of the Army to begin a study required by law to identify at least three U.S. ports that qualify for the Innovative Port for Offshore Wind designation. Given our experienced maritime workforce, shipbuilding prowess, modernized port infrastructure, higher education assets, unique research lease and lack of overhead obstacles that prevent movement of upright turbine foundations, Virginia is perfectly suited for this designation.

Finally, we rely on the hard and diligent work of the Bureau of Ocean Energy Management Intergovernmental Planning Team. This group of dedicated professionals worked tirelessly to gain the required permits, coordinate with the U.S. Department of Defense and work with stakeholders to ensure that our passion to develop renewable energy is balanced with national security requirements and our responsibility to protect our natural resources.

Yes, Virginia is all in for reinventing itself through offshore wind. As for the oft-heard noise that our municipalities don’t always “play well” together, I’m proud to be among the chorus of leaders not seeing this for offshore wind. Similar to what I witnessed with port modernization, what I am seeing is great leaders sharing a common vision that will result in the completion of another transformational megaproject in Virginia.

Retired Col. Paul Olsen is a former commander of the Norfolk district, U.S. Army Corps of Engineers, an executive director at Old Dominion University and acting director of the commonwealth’s offshore wind task force. Contact him at: polsen@odu.edu

Clean energy will be even more of a priority with a blue VA.

This will be an expensive boondoggle... subsidized by taxpayers and requiring massive fossil fuel backup generation. So much for advancing the 100% renewable agenda.

“Boondoggle”.... an interesting word but inappropriate in this case.

Powering 650,000 homes is hardly pointless with no value. And having a transitional energy mix that includes fossil fuels is hardly “requiring massive fossil fuel backup generation”. The 100% renewable agenda is advancing very nicely, thank you.

But the conservative mind always seems to go to buzzwords when the facts fail them. It’s why, ultimately, they lose.

Such a boondoggle that Royal Dutch Shell just purchased Eofli SA (offshore wind developer). Yep that's what the energy giants of the World do, pay huge amounts of cash just to watch it burn.

They do it because there's currently YUGE amounts of cash in federal subsidies for alternative energy boondoggles like solar / wind... kill the subsidies and watch green construction fizzle - while natural gas burns.

Solar and wind are hardly “boondoggles” when they will provide energy for 650,000 homes. But then, Tommie only requires accurate reportage from his opponents.

And subsidies are used all the time, even by republicans, to promote the common good. Why not subsidize clean energy that is reducing man made carbon emissions which have, afterall, been proven to be killing the planet?

I await applause from the Atlantic Pipeline crowd for all the jobs that building the machines will create.

Ah, but how many permanent jobs will these 4th century technological marvels create? And what will power backup generation plants? So many questions... so few specifics from the "experts".

In the meantime I will await the myriad court challenges from tree-huggers concerned with the environmental impact of the massive construction projects required to litter our bucolic bays and tributaries with phalanxes of giant cuisinarts… not holding my breath however.

"Ah, but how many permanent jobs will these 4th century technological marvels create?" None, of course -- because as we all know, machines need no maintenance and there are no storms to cause damage to them.

I believe the number for net new jobs for the Keystone pipeline was in the 40’s after construction. I’m sure there may be at least a similar net number in windmill maintenance and repair. Just less dangerous and potentially polluting when something goes wrong.

You do realize that wind turbines are quite different than windmills right?

Same principle - what happens when there's no wind?

It’s called batteries. Look them up.

And have you ever been to the coast when it wasn’t windy?

See above - your inability to comprehend obsolete energy technology explains a lot.

Tommie’s inability to comprehend advances in technology is actually the most revealing disclosure in this comment.

Great start. Now we need to build on it and on land. Renewable and green is the way to go.