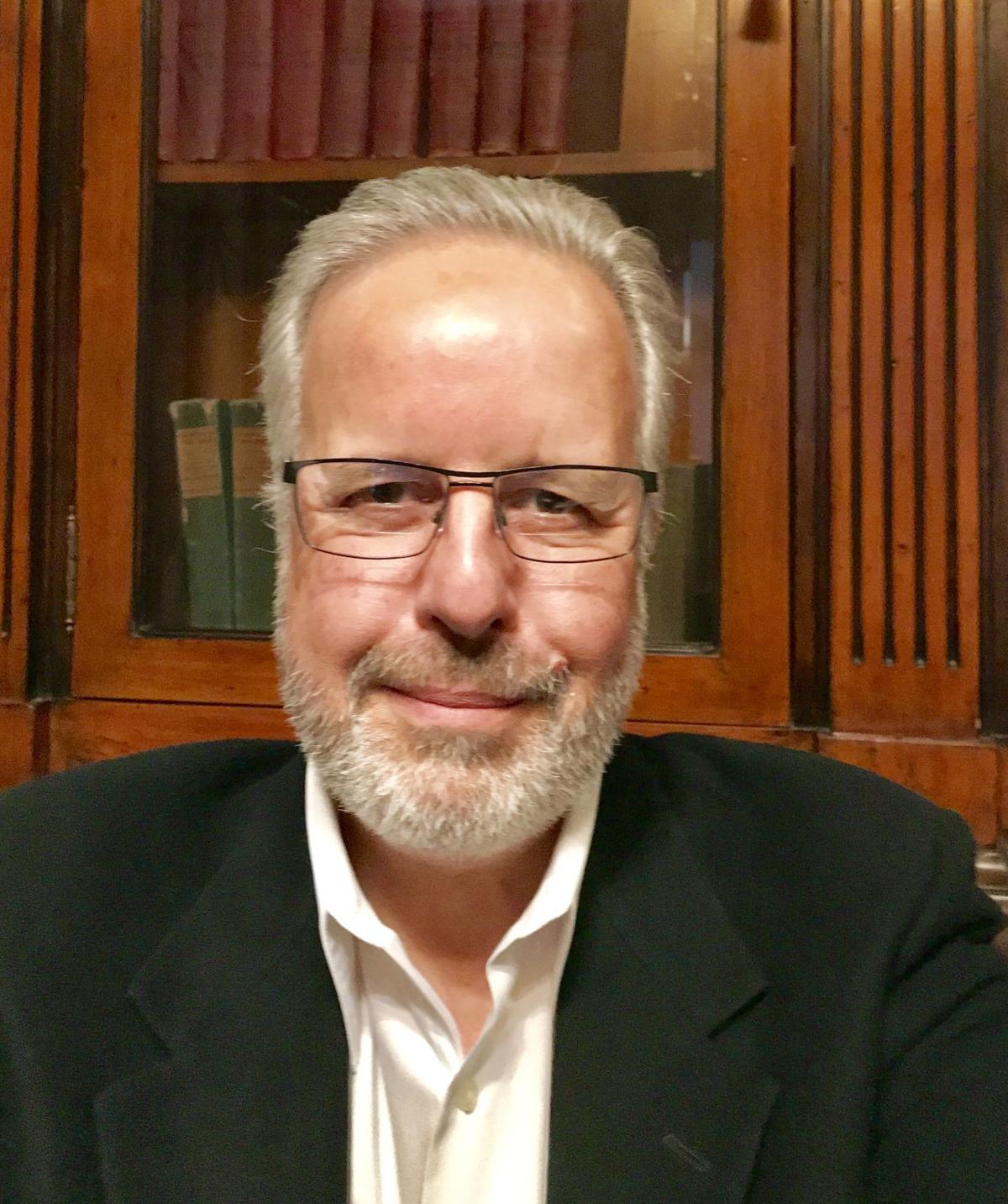 The Programme for International Student Assessment just released the results of its 2018 survey of 79 countries. Six-hundred thousand 15- and 16-year-olds were assessed on internationally agreed upon criteria in math, science and reading. The U.S.’ results in this highly regarded global survey range from simply interesting to utterly alarming.

China emerged as the top performer in all categories. That’s interesting and, as near as I can tell, a well-deserved result. The U.S. ranked 37th in math; 18th in science; and 13th in reading. That’s alarming, yet went largely unnoticed. Perhaps that’s because it’s unremarkable relative to past performance.

It’s worth remembering that these are not just fun statistics. These are our children, and in our increasingly interconnected and globally competitive world, their future is beginning to look a little iffy.

We’ve come a long way since Thomas Jefferson asserted: “If a nation expects to be ignorant and free in a state of civilization, it expects what never was and never will be.”

In 2018, at a get-out-the-vote rally in Las Vegas, Michelle Obama told her audience that actual knowledge is overrated as a prerequisite to good citizenship. After all, all you need in order to vote is to “be a citizen,” “have opinions” and want “a say in what happens in this country.” Biographically she offered that “I’ve been voting since I was 18 years old — and trust me — I didn’t know nothing about nothing at 18 years old.” Yes indeed, all you need today is to “have opinions.”

On the other side of the aisle, Donald Trump is a living, tweeting example of the transformative power of a rigorous education. “I went to the best colleges for college” the 45th president of the United States offered, because “I have a very good brain.” As a result, “I know words ... I’ve got the best words.” And he’s not alone, because as a country, “We got more money. We got more brains. We got better houses, apartments. We got nicer boats.” Somewhere in the churchyard of St. Martin’s, Winston Churchill is spinning.

Of course none of this started with Obama or Trump. The rot was already well-established before those two decided to make a mockery of the idea of an informed citizenry. As early as 1980, Isaac Asimov observed that “there is a cult of ignorance in the United States … winding its way through our political and cultural life, nurtured by the false notion that democracy means that ‘my ignorance is just as good as your knowledge.’”

In my nearly 30 years as a professor or dean, I’ve seen this slide into the abyss accelerate. Sooner or later, we will reach the point at which the general population’s regard for simple, unbiased knowledge and for clear and critical thinking will no longer be recoverable. The primacy of each individual’s “truth” will obviate any need for objective truth, feelings will guide that ”truth,” and it will be celebrated as once we celebrated academic and practical achievement. History is replete with examples of what happens when basic respect for knowledge and perspective evaporates and fabulosity reigns. In the U.S., it’s getting late early.

A 2019 poll by the University of Pennsylvania’s Annenberg Public Policy Center revealed that only 39% of Americans can name the three branches of government. As of the center’s 2017 survey, 37% could not name any right guaranteed by the First Amendment. In 2018, the Woodrow Wilson National Fellowship Foundation reported that only 1 in 3 Americans would pass the U.S. citizenship test.

A 2018 survey conducted by the Conference on Jewish Material Claims Against Germany revealed that nearly one-third of all Americans and more than 4 in 10 millennials do not know which war the Holocaust was associated with. Fortunately, according to a 2019 American Council of Trustees and Alumni (ACTA) survey of civic knowledge, while 37% of college graduates think Benjamin Franklin invented the light bulb, fully 96% know that Lady Gaga is a musical performer. Why should we expect anything different? ACTA’s 2019-20 “What Will They Learn?” report showed that only 18% of colleges and universities include an American history or civics course in their general education requirements.

It seems more than likely that if we continue down this path, we are at risk of becoming entirely ignorant of important lessons so painfully taught by previous generations. Uncritical, socially alienated and susceptible to the demagoguery of charismatic leaders, as a collective we risk becoming incapable of informed, concerted resistance to very bad ideas. That will not lead anywhere you’d like to live.

As James Madison wrote, “A popular Government without popular information, or the means of acquiring it, is but a Prologue to a Farce or a Tragedy, or perhaps both.” Fortunately, at least for now, we still have the nicest boats. Tragedy to follow.

Steven D. Papamarcos, Ph.D. is a clinical professor in the Raymond A. Mason School of Business at the College of William & Mary. He was previously the Edward L. Brown, Sr. professor and dean of the business school at Norfolk State University, and professor and dean of the Peter J. Tobin College of Business at St. John’s University in New York. Contact him at: steven.papamarcos@mason.wm.edu

All of our students compared with their best.

What DO they teach at university?

Bear in mind these are the same dim bulbs who invariably know best - and would just as soon hector normal Americans into shutting up / sitting down.

"What DO they teach at university?" Tom, I -- like most of us -- learned about Franklin and his inventiveness in middle and high school. I can't recall ever hearing about a college course that would include such a thing -- certainly not as requirement.

Kenneth, the US has by far the best system of higher education in the world, followed by the UK, Canada, Germany, and Australia. That is why we have more than one million foreign students in America; they don’t come here for the weather or cheeseburgers. The question or statement about Franklin is little but nonsense.

No offense Kenneth - but you were probably around when Edison patented the light bulb.

Still, considering that a third of college gradiates are grievously ill-informed as to a certain founder and his resourcefulness (not to mention basic 18th century technology)... perhaps a refresher course is in order.

BTW - good to hear from you - I was wondering where you'd gotten off to...

Bob, we know that as sour grapes. Not smart enough to hack it, left behind in the process, bitter and disheartened, they have nothing left but talk trash about things they don’t know. What else do they have?

"bitter and disheartened, they have nothing left but talk trash"

Well, looking at the Peanut Gallery at Trump rallies, they have each other, Norbert... ~~~ Bob

"80% of non-college graduates have never heard of Benjamin Franklin..."

What happens when basic respect for knowledge and perspective evaporates?

Simple …. it means the left is back in control. Period.

Watch this, Peters. And see exactly how much your boy Trump respects the National Anthem:

RJuvenile ….. you waste your time with your attachments …. I never read attachments, and especially those from Middle Schoolers, who respect those who kneel more than those who stand during the Anthem.

You are so predictable … Did you take your Bumbershoot to school …. it is raining you know? Hallelujah, Checkmate, and Period.

It's not an attachment, Peters. It's a link. And of course you won't watch it. It shows your hero for the classless jackass he is.

RJuvenile ….. it is your "links", and infantile corrections, that show the classless jackass your are. Hallelujah, Checkmate, and Period.

Can't handle the truth, can you Peters? Anything but admit Trump is a lying, draft-dodging ignoramus who criticizes other for disrespecting the National Anthem and then does it himself. You have all the intellectual consistency of a cesspool.

Says the Trumptard who cheers for a man who has neither.

Says Woods, the sore loser who has forgotten the meaning of both, since losing his lying Queen. Hallelujah, Checkmate, and Period.

Yeah here's one for you and your smug response....I didn't vote for Hillary numbnuts.

Peters makes baseless assumptions about people all the time. And, of course, lies as frequently as his boy Trump.

Over the years I have seen missives like this one a number of times, and I have grown wary about their accuracy. Anecdote alert: When I was still teaching I would in some years ask incoming students to voluntarily take a test in which I tried to gauge their knowledge along random lines. I would include a blank map of the US without states’ names marked and ask them to show the location of various cities and states; a map of Europe to find Berlin and Romania, some miscellaneous history questions of the kind Papamarcos mentions, a few simple math questions, and so on.

My students tended to come from modest backgrounds, many were first generation college students, the high schools they attended often were not very good. Most of them performed quite well on my simple tests, better than this op-ed would indicate, and I was not displeased. There was room to grow but no sign of general ignorance.

If Papamarcos is correct I have to ask myself why and how we still are doing so well in this world.

SAD COMMENTARY!!! We are f'd!!! The stupid are trying to take over... They have the Prince of Stupid as president... Unless we turn this around then we - as a nation - will die from drowning in stupidity... ~~~ Bob

~~~Bob …. you and others on the left have been drowning in your own mess since Trump send your lying Queen packing 3 years ago ….

Again, learn to spell …. there is no such word as "f'd". Hallelujah, Checkmate, and Period.

"mess since Trump send your lying Queen packing 3 years ago …."

Again, learn how to use past tense. You'll have plenty of practice using past tense when Trump is booted from office in 2020.

You will never have an opportunity of use the past tense after your Socialist loses to Trump in 2020, Woods. Hallelujah, Checkmate, and Period.