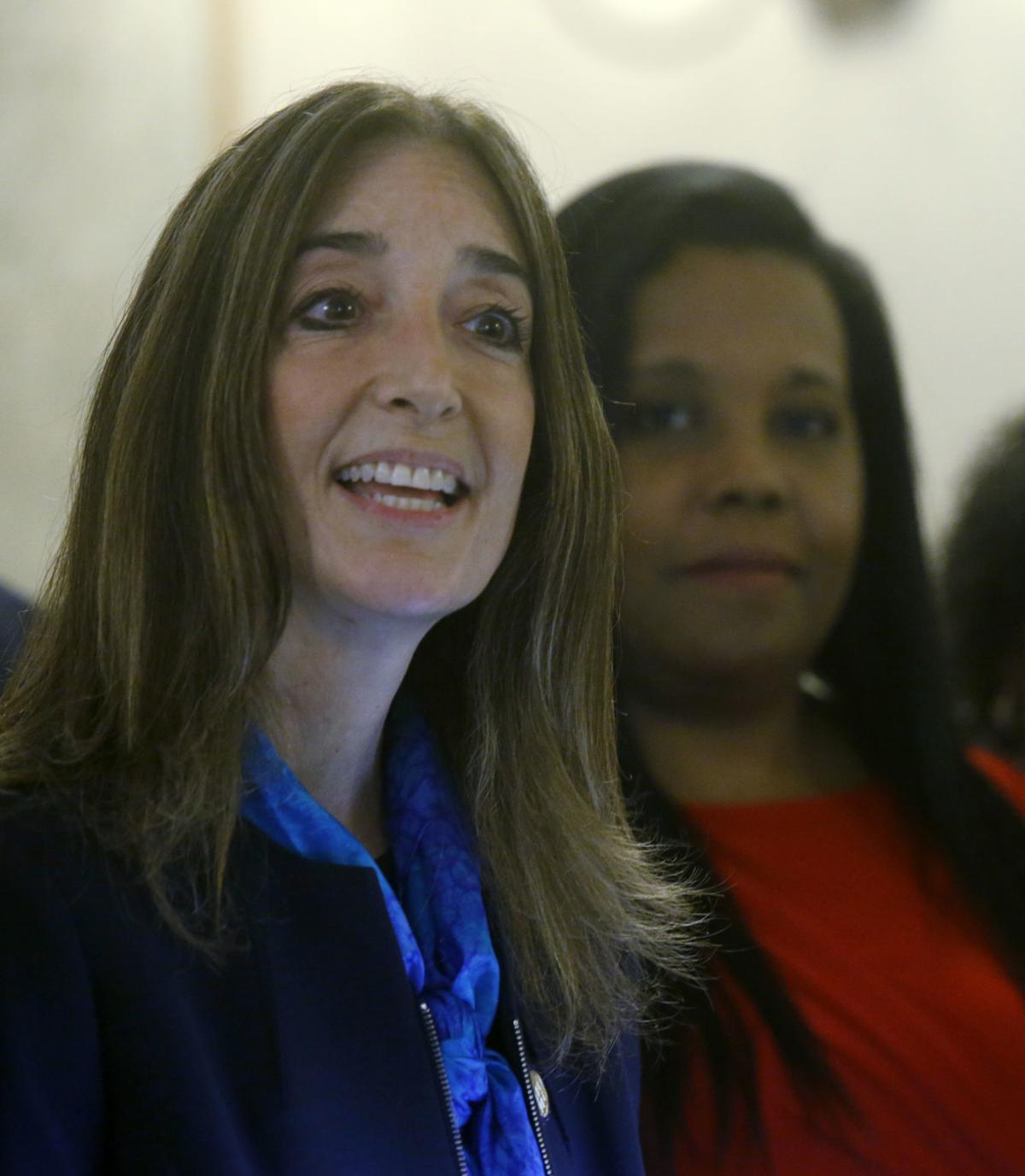 Del. Eileen Filler-Corn, D-Fairfax, left, will become speaker of the House of Delegates on Wednesday while Del. Charniele Herring, D-Alexandria, will become House majority leader. They will be the first women to assume these positions. 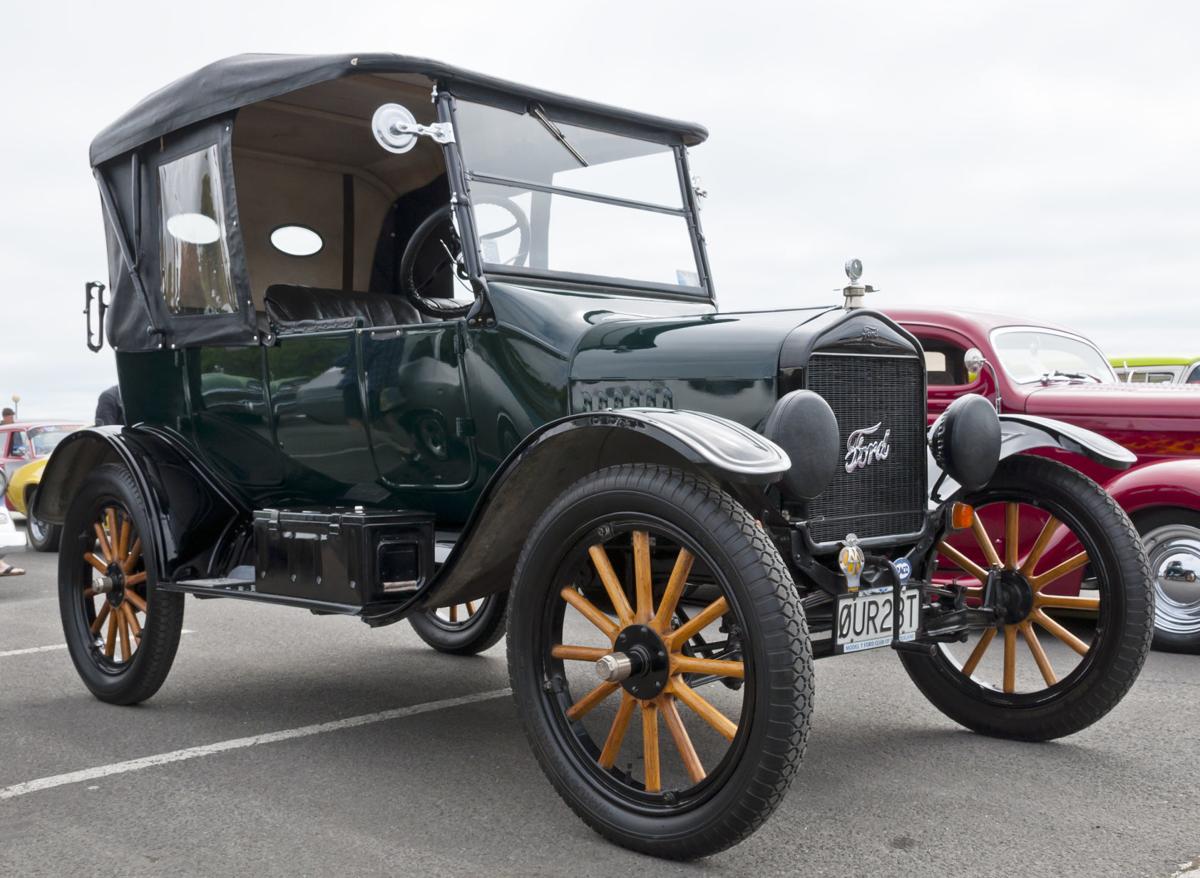 A 1923 Ford Model T. The Model T, mass produced from 1908 to 1927, made automobile ownership affordable on a massive scale for middle-class Americans.

Del. Eileen Filler-Corn, D-Fairfax, left, will become speaker of the House of Delegates on Wednesday while Del. Charniele Herring, D-Alexandria, will become House majority leader. They will be the first women to assume these positions.

A 1923 Ford Model T. The Model T, mass produced from 1908 to 1927, made automobile ownership affordable on a massive scale for middle-class Americans.

The 1920s are remembered as the Roaring Twenties. How will our ’20s be remembered? Guess we have to live through them first, but it’s worth looking back at the last decade with this name. Those ’20s turned out to be consequential years that still shape our lives today.

The 1920s began, as our own will, with a presidential campaign. The winning candidate that year promised a “return to normalcy” — a word that earned Warren Harding jeers from grammarians but a landslide victory from voters. We’ll see in November what version of “normalcy” today’s voters prefer.

That election was also the first in which women were allowed to vote; the 19th Amendment to the U.S. Constitution was ratified just in time. In this year’s centennial of women’s suffrage, we now have a woman presiding as U.S. House Speaker — for the second time — and a woman four years ago received more votes for the presidency than her rival (just not enough electoral votes). When the General Assembly convenes Wednesday, we’ll see a record number of women in the state legislature —11 out of 40 in the state Senate and 30 out of 100 in the House of Delegates. Moreover, Virginia will see its first women (all Democrats) as House speaker (Eileen Filler-Corn of Fairfax), House majority leader (Charniele Herring of Alexandria) and chair of the Senate Finance Committee (Janet Howell of Fairfax).

The 1920s might seem quaint to us now, but at the time they felt like an unsettling break from tradition and a headlong rush into modernity. We remember flappers stylistically, but more substantively the 1920s saw first-wave feminism, the Harlem Renaissance and what at the time was an unprecedented openness about homosexuality — at least in urban centers such as New York and London, Paris and Berlin.

Then, as now, technology drove social change. Cars were mass-produced. Telephones become commonplace household items; by decade’s end nearly 41% of American homes had one. The rural-urban divide of the ’20s involved electrification; today it’s broadband internet. Robert Goddard blasted off his first liquid-fueled rocket in 1926; today we’ve ridden rockets to the moon and are talking about sending people to Mars. Charles Lindbergh flew solo across the Atlantic in 1927; today planes crisscross the globe as a matter of routine. Alexander Fleming discovered something he called penicillin in 1928; medicine today cures diseases we scarcely knew existed a century ago.

Jazz wasn’t invented in the ’20s, but the ’20s became the jazz age. It’s still with us, just not as the dominant musical genre. Movies boomed; vaudeville died. By the decade’s end, movies had evolved, too — silent films were history, “talkies” were in. It’s hard for most people to name a sports figure from before the ’20s but everyone knows the name Babe Ruth. He joined the New York Yankees a century ago this year. The National Football League played its first season in 1920, albeit under a different name.

All that sounds like progress and — unless you were a Boston Red Sox fan who regretted the Ruth trade — it was. The ’20s, though, were not an unyielding arc bending toward progress. The ’20s saw a dark surge of racism across America, partly in response to decades of large-scale immigration and the domestic migration of African Americans from the South to the North. The Klan saw its membership soar; by some estimates by 1924, some 1.5 million to 4 million people were members of that hateful organization. The ’20s also saw a wave of Confederate nostalgia, powered both by the Civil War generation dying off and a reaction to the social changes people saw around them.

The ’20s saw the advent of prohibition. That era passed, but today we’re dealing with a different sort of prohibition as states begin to loosen the laws banning marijuana. In Virginia, Attorney General Mark Herring has proposed the state eventually legalize cannabis. It was in the 1920s that American states first began banning marijuana, culminating with a federal ban in 1937.

In Virginia, the 1920s saw a new political era take shape. Harry Byrd was elected governor in 1925 on a promise of building roads — the demand for better roads was a direct consequence of all those cars being mass produced in Detroit. There had been a dominant political organization of conservative Democrats before him; under Byrd it became more formally known as the Byrd Machine and it ruled Virginia with an iron grip until the 1960s.

“History doesn’t repeat itself, but it often rhymes,” Mark Twain is supposed to have said. A century ago in the ’20s, we were dealing with the rights of women and minorities, vast technological and social changes, immigration, intoxicating substances and a state dominated by one political party. In our ’20s, we still are.

— Adapted from The Roanoke Times

As Michelle Williams said at the Globes....

“ “Women 18 to 118, when it is time to vote please do so in your own self-interest. It’s what men have been doing for years, which is why the world looks so much like them. ”

It is great to see so many more women’s voices involved in setting policy.

'... and a woman four years ago received more votes for the presidency than her rival (just not enough electoral votes)...", some folks just never miss a chance to show how little they know about the founding of this country. States elect the president not the collective. Just as California's voters may have overridden the will of the majority of States in 2016, the Founders foresaw this and put in the electoral college. Thank goodness for their foresight.

Yet... back in the real world... MOST American voters (by 3 million votes, 16 states have entire populations less than 3 million) wanted Hillary to be president. And look at the. Total shambles government is in because Rump got it instead! Though it may not seem that way to those who only listen to his lies.

Drake, 16 states elected Hillary to be president, so the remaining - the majority of states - elected our current president, just as the electoral college was designed - to prevent rule of the few over the many. As Tom stated, the presidential election process was to have the states elect the president, not the populous (Democratic rule). We are a Constitutional Republic.

Time to get over it.

As Michelle Philips said at the Globes last night....

“ “Women 18 to 118, when it is time to vote please do so in your own self-interest. It’s what men have been doing for years, which is why the world looks so much like them. ”

It is great to see so many more women’s voices involved in setting policy.

The difference between the responsibility of the 1920 woman, whose responsibility meant wearing little more than a jeweled breastplate, a transparent skirt, and being able to do the Charleston, the Turkey Trot, or the Shimmy, has changed a lot from then to 2020 …… Keeping America solvent, and not becoming less than it was when the Founding Fathers handed it to us is quite different from “Happy Days are Here Again” and letting it all hang out.

Let’s hope women do not do to their gender what Obama made of his race. Hallelujah, and period.

Tracy, I never thought I'd hear you talk about your grandmother and mother that way.

Why not Kenneth... my mother and grandmother were the best of the era ...... they tended to family and had no desire to become a man, like some women of today.

I assume your mother and grandmother came after the 1920's.

Has RJuvenile impressed you yet? Hallelujah, Checkmate, and Period.

Racist Peter fears women doing to their gender what President Obama made of his race because it threatens his aspirations to white superiority. How ironic in such an apparently inferior representative of white male.

p.s. If he were REALLY concerned about America’s solvency he wouldn’t have voted for Rump who has driven us more than $2 TRILLION into the hole by giving business and the wealthy a YUGE tax cut.

Flaky Drakie fears guns …. not people ...... and carpetbagging is his claim to fame right after gun control and loving of Trump's Rump. Hallelujah, Checkmate, and period.

Racist Peter loves Rump’s rump so much he actually voted for it. And we all k ow what he fears most is a fair shake for African Americans. Annnd touchè!

Drake, is that anything like your apparent desire for black supremacy? ;>

No, Buckless, since I have no desire for black supremacy. My only desire for a level playing field for African Americans. One aspect of that being removing statues that glorify people who fought to keep them slaves and built statues to remind them who was the superior race in America. There is no place in the USA for idolatry of despicable people who fought so that we would have African American slaves today. I know you really really wish for one, Buckless, but that isn’t going to happen so get over it and move on with your life.

I am very optimistic that the 20's will reveal an America which will actually be more like what our mission statements say we are than the idiotic America the Trumpers think we live in....We'll become even more tolerant, inclusive and diverse...Trump and his ilk are the last gasp of an America that only every existed in white folks imagination...

Hal, ironically, it was the Democratic South with its segregation, Jim Crow era laws, and your beloved Byrd's "Massive Resistance" that kept the South from rising again. When you awake from your dream-state, please post again.

The 20's will be interesting... There are serious FASCIST forces working and even if they are turned back with the 2020 election they have taken root and unless we can nip it in the bud it will do what it has done to every other free society: TAKE IT DOWN... ~~~ Bob

No, Bucky... You know fully well that you are a FASCIST because you support the most authoritarian president... That is the CENTERPIECE of FASCISM... ~~~ Bob

Yeah... that’s the kind of pitifully weak comeback one would expect from a conservative, Bob. Buckless jumped parties and now he is in grief and denial over the decision. The only way he can make it right in his head is to somehow prove Dems are worse. And he keeps coming up short in these comments.