Remember not so long ago when the nation’s attention was riveted on how to protect students from school shootings? Now the pendulum of public opinion has swung in the opposite direction, and people are talking about removing school resource officers (SRO) from our public schools.

The conversation has been reignited nationwide following the Memorial Day killing of George Floyd by a Minneapolis police officer. On June 2, the Minneapolis School Board cut its ties with the city’s police department. Multiple school boards across Virginia are discussing the issue. Those who wish to see the programs ended argue that the money used to pay for keeping resource officers in schools would be better spent on more counselors in schools.

In Stafford County, the School Board says it plans to “review” the state-mandated memorandum of understanding it has with the Stafford Sheriff’s Office in the wake of protests.

Since allegedly tear-gassing a group of peaceful protesters on June 1 without provocation, the Richmond Police Department has come under scrutiny and harsh criticism. Following that event, the Richmond School Board has authorized Richmond Public Schools (RPS) Superintendent Jason Kamras’ administration to perform a 90-day re-evaluation of RPS’ relationship with the city’s police department. The review of the SRO program will include data gathering, student focus groups and a public hearing, according to a report in the RTD.

Neither Henrico County Public Schools (HCPS) nor Chesterfield County Public Schools (CCPS) plan to hold similar reviews. HCPS officials reaffirmed the merits of its SRO program during a regular review held recently. Similarly, CCPS just completed an update of its memorandum of understanding on SROs with Chesterfield County Police. Chesterfield officials say the program helps protect students from external dangers, from other classmates bent on bullying or violence and even the rare but dangerous teacher. For many students, interaction with a school SRO might the only involvement they have with the police.

We believe that school safety policies should not be based on contradictory crises, and certainly not when public sentiment against the police in general is running high. What is called for is a sober look at the history and purpose of school resource officers in Virginia. In 2019, in response to the horrific massacre at Florida’s Parkland High School and other schools around the country, the Virginia General Assembly passed a bipartisan package of proactive recommendations made by the Select Committee on School Safety.

The legislation, which was signed by Gov. Ralph Northam, included a bill that requires all school divisions in Virginia to enter into a memorandum of understanding with local law enforcement that outlines the duties and powers of school resource officers.

The legislature also required the Virginia Center for School and Campus Safety to develop a statewide case management system to track interventions with troubled students — even if they change schools. The center provides training and certification in “evidence-based anti-bullying tactics,” as well as “effective identification of students who may be at risk for violent behavior and in need of special services or assistance.”

In 2013, Virginia was also the first state to mandate threat assessments in all K-12 and post-secondary schools following the Sandy Hook Elementary School massacre.

The system seems to be working. According to center director Donna Michaelis, “The threat of violence in our schools is actually very low. We cannot stress this enough. Even when a community is crime-ridden, the local schools are usually one of the few places students feel safe because they are surrounded by caring professionals.”

Michaelis noted that more than half (56%) of school threat assessments statewide during the 2017-18 school year involved students threatening to harm themselves. But 39% were classified as threats to others only, and5% involved threats directed “to themselves and others.” It’s the job of school resource officers to neutralize those threats before somebody gets hurt.

However, some school systems around the country are now severing their relationships with their local police departments or considering doing so. Seattle’s school superintendent said that the presence of armed police officers in city schools “prohibits many students and staff from feeling fully safe.” Earlier this month, the Denver School Board voted unanimously to remove all police officers from its schools no later than June 21, 2021. School systems need to do what they believe is in the best interests of students. But the decision should be made after a deliberate, fact-based assessment.

— Adapted from The Free Lance-Star, with Pamela Stallsmith and Robin Beres 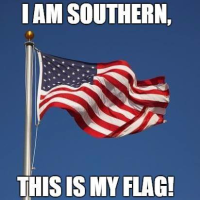 If you are defending policing of children, what are you saying about our nation? Nothing good, that's for sure. Policing is not solving problems, it may be creating them. We know it is killing people, we keep seeing the videos. School counselors, social workers and conflict resolution skills are more needed than SRO's.

The public schools which my child would have attended were so full of drug and alcohol abuse. bullying and other misbehavior that a neighbor who was a police officer in another jurisdiction took his children out of the local schools in disgust and, at great financial sacrifice, took them to a private school. Oh, and there were four incidents of inappropriate relationships between students and staff and one principal who was arrested for child pornography. Even if, as someone else suggested here, SROs were replaced by trained counselors and mental health professionals these people would have to be deputized as auxiliary law enforcement officers because there would be many times (oh, and I forgot to mention GANGS above) that they would have to make arrests and summon local law enforcement.

yeah get rid of the SRO's but don't come crying if s nut shows up with a gun and starts shooting up the place, your call.

SRO's are not needed...The SRO for the Majorie Stone Douglas shooting ran and hud then was fired for his cowardice.

This is darted June 29th,, what happened to the letters from the 28th ( Sunday) & Your 2 cents postings ?

My kids are long grown up and never had SRO's...But I'm not a fan of the program......Replace SRO's with trained counselors and mental health professionals....