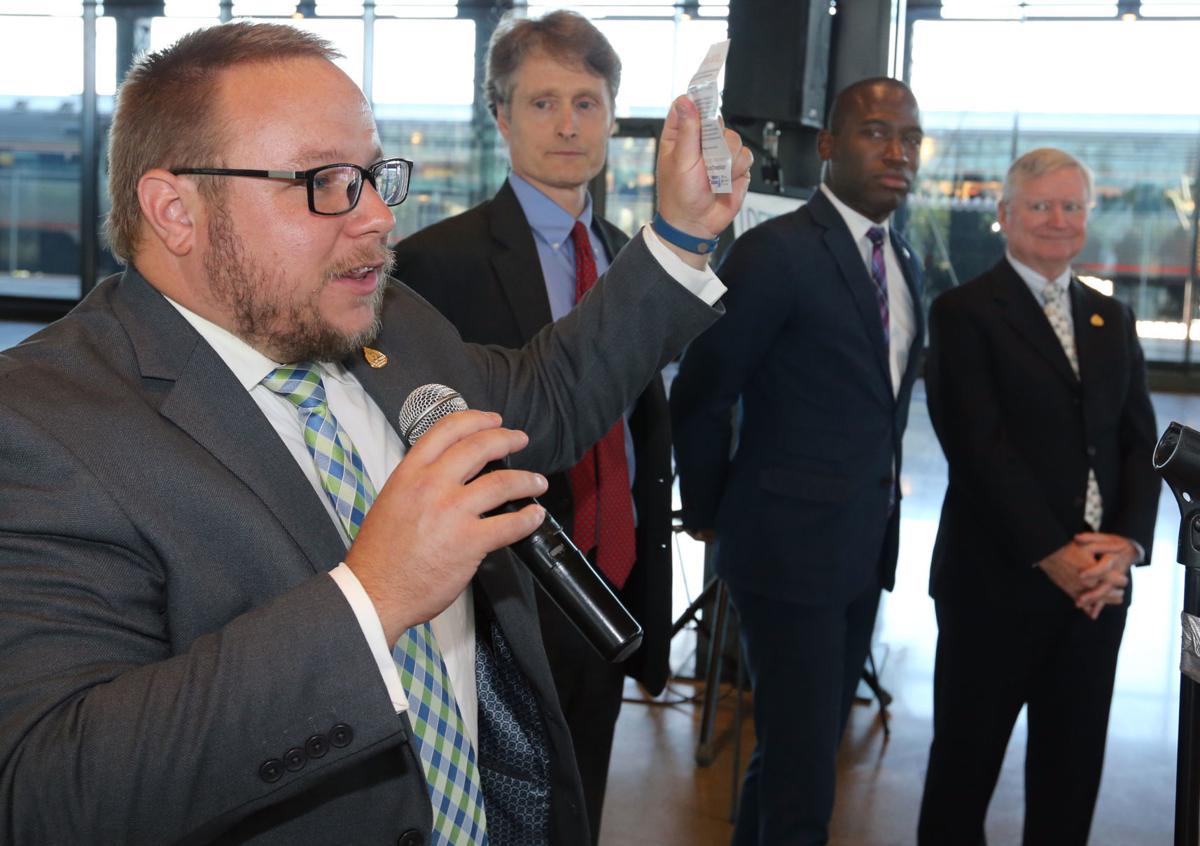 While Indiana (Hoosier service) and Pennsylvania (Keystone and Pennsylvanian services) are cutting or eliminating their Amtrak regional trains, Virginia is doubling down on better rail service.

On June 19, the Commonwealth Transportation Board voted to approve the state’s Six-Year Transportation Improvement Program (SYIP). Included in the SYIP was the Virginia Department of Rail and Public Transportation’s (DRPT) request of $774 million in projects to sustain, improve and expand our Amtrak passenger rail network.

This funding sustains passenger rail service for 6.8 million Virginians and 82.5% of our jobs. It also increases our Amtrak service by 16%, including a fifth train to Hampton Roads and a second train to Roanoke/Lynchburg. Lastly, this money begins upgrading our stations, and invests heavily in our rail infrastructure to increase our trains’ reliability, safety and speed in addition to constructing more than 11% of the DC2RVA high-speed rail corridor.

Since 2009, Virginia has invested $872 million to improve our passenger rail network. What has that gotten the taxpayers of Virginia?

First and foremost, these investments have expanded service by 31%, including returning passenger rail trains to South Hampton Roads and Roanoke, which lost Amtrak service in the 1970s. Further, they have helped to generate more than $7.8 billion in economic benefits, which created or sustained more than 78,000 jobs. This includes more than $1.7 billion Amtrak directly spent in Virginia over the last decade, either in purchasing goods and services from our businesses or employing our citizens.

Second, ridership on our Amtrak trains has grown by 54% since 2009. Our trains’ passengers have helped to remove more than 4.6 billion passenger miles from our roadways, which in return lowered our fuel consumption by 98.7 million gallons and reduced our CO2 emissions by 878,000 metric tons.

Last, even though passenger rail received less than 4% of the $22.5 billion that the commonwealth has spent on our transportation system over the past decade, it’s the fastest growing mode of transportation during that time frame. Our 54% growth in ridership far outpaces the passenger growth at our airports (up 11%) or the increase in vehicle miles traveled on our roadways (up 4%), which proves that Virginians want an alternative to congested highways and ever shrinking legroom.

That’s not a bad return-on-investment (ROI) for our four pennies from every transportation dollar. In fact, our investments keep paying dividends. Year-over-year ridership on our Amtrak Regionals is up 5% through May, but the big economic and environmental ROI for Virginia will come from the proposed projects included in the Long Bridge, Washington-Richmond, Richmond-Raleigh, and Richmond-Hampton Roads federal passenger rail studies.

These four studies identify key projects that will increase passenger rail service by 62%, improve the reliability of our Amtrak trains to above 90%, raise the average speed of our trains by 21%, and improve the safety and accessibility of our trains. Additionally, these projects are conservatively estimated to increase our ridership by nearly a million trips each year.

Virginia is doing everything it can to improve our passenger rail network, but we need strong leadership from our Congressional delegation.

In the 2020 Surface Transportation Reauthorization, there must be measurable resources dedicated to a federal passenger rail improvement program so that states like Virginia don’t have to go it alone. A strong federal funding partner will be vital to expanding the Long Bridge, completing construction on the DC2RVA high-speed rail corridor, and kick-starting the Richmond to Hampton Roads high-speed rail project.

The never-ending infrastructure week has been fun, but it’s time for our leaders in Washington to get it back on track.

Danny Plaugher is executive director of Virginians for High Speed Rail which is celebrating its 25th anniversary this year. Contact him at danny@vhsr.com.

Virginia wants Congress's help ….. with Virginia's Blue representatives always voting "NO", for everything Trump wants, how do you expect to get Congress's help … and I assume by help you mean money which grows on trees, or put on the credit card that is now at $22 Trillion, from mostly from entitilement programs we no longer can afford, they the left would like to increase? Hallelujah, Checkmate, and period.

Danny, more Amtrak will never affect more than a tiny fraction of Virginians, improve it as we might, yet you want us to spend well more than Medicaid expansion for hundreds of thousands of citizens would cost us. Set up a system to place those trucks on I81 on flatcars and haul them to the state line north and south, and everybody who uses that highway would bless your name. LOL