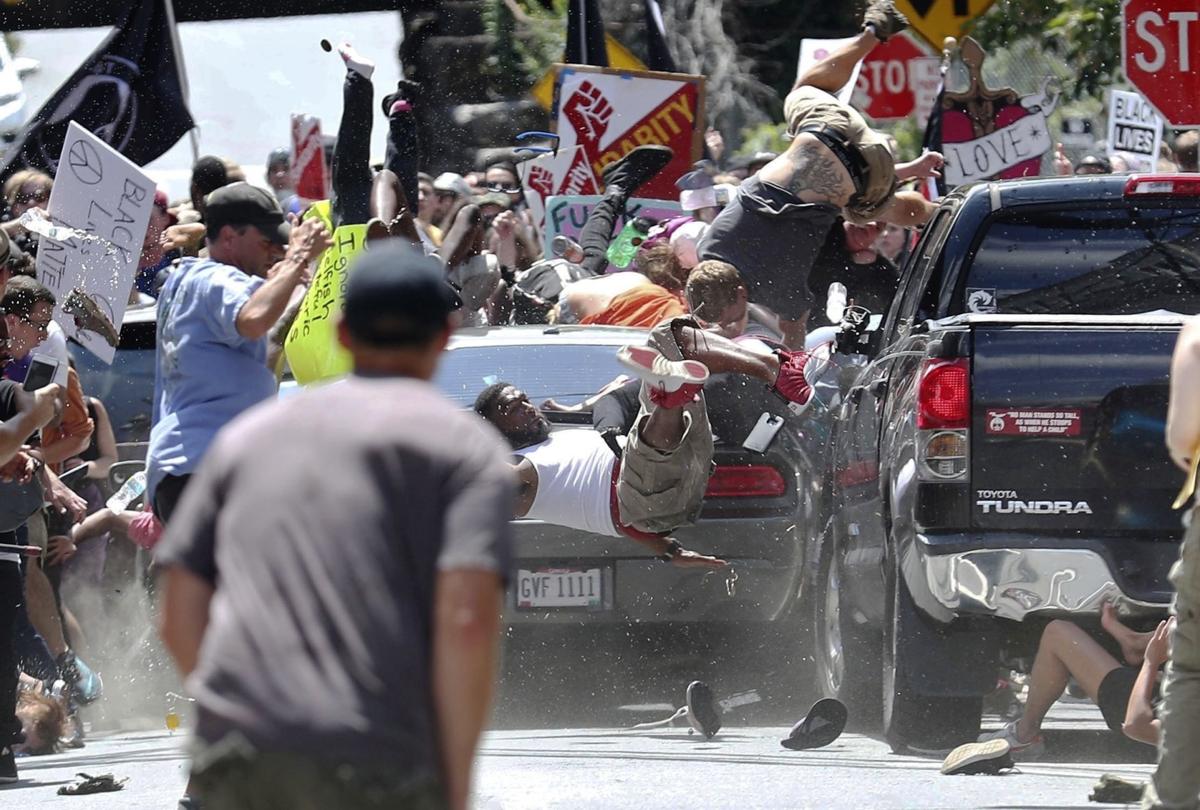 People flew into the air as a vehicle drove into a group of protesters demonstrating against a white nationalist rally in Charlottesville on Aug. 12, 2017, killing one person and injuring 19 others. 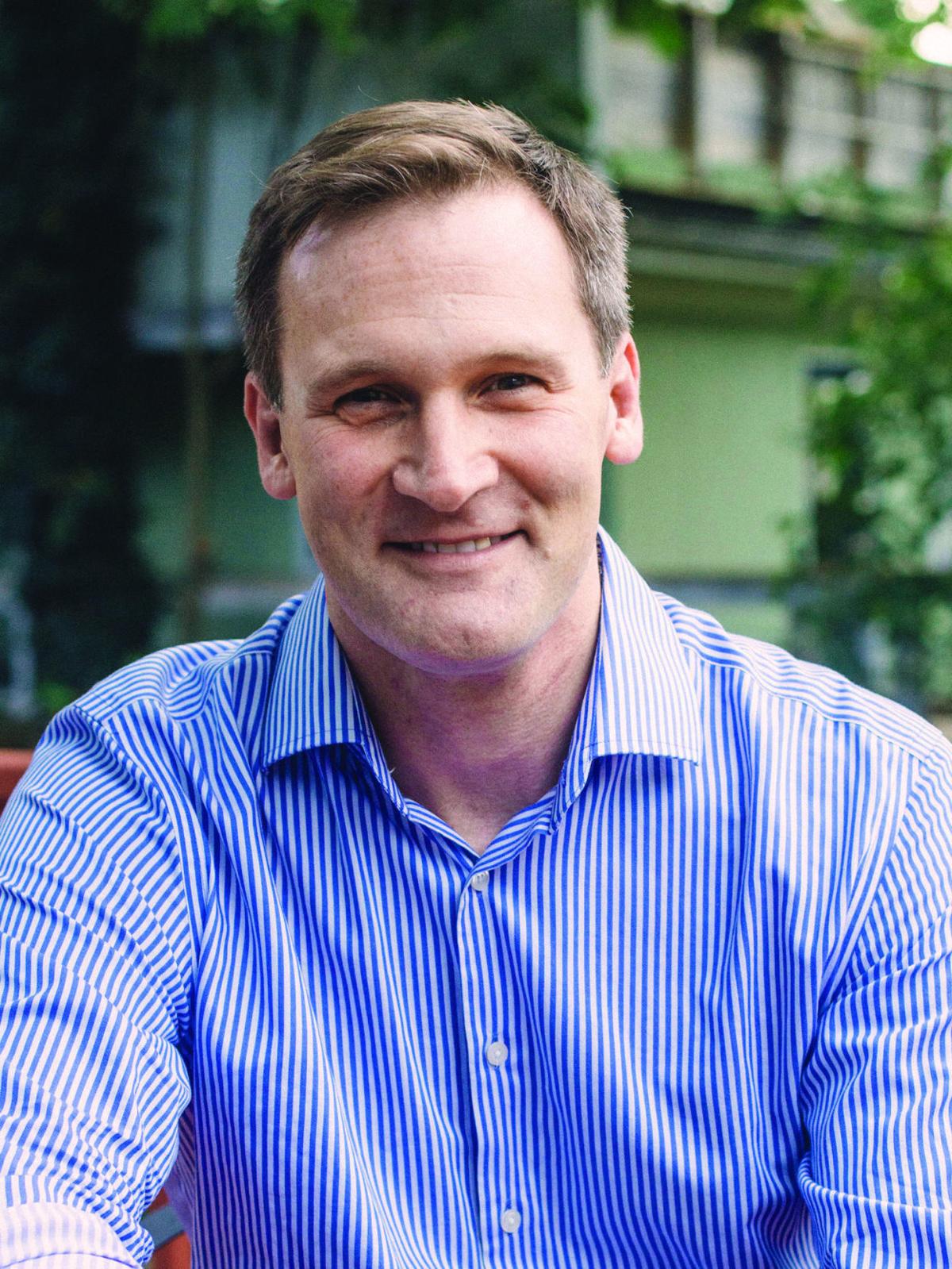 As the second anniversary of the violent Unite the Right rally approaches, it’s a painful but necessary time to reckon with lessons learned from Charlottesville. The event saw a terrorist attack that killed one, injured 19 others and left two state troopers dead. Meanwhile, the nation saw horrifying images of racist and anti-Semitic militias clashing with counter-protesters, while 1,000 state and local police generally declined to intervene.

Former Gov. Terry McAuliffe recently released a book titled “Beyond Charlottesville,” which I just read. It’s well-written and contains a powerful personal condemnation of white supremacy that deserves attention. However, it also contains errors and omissions. McAuliffe is a longtime friend and colleague. After he was elected governor, I chaired his transition council on homeland security. After the Unite the Right rally on Aug. 12, 2017, I was proud to stand shoulder to shoulder with him in condemning white supremacy. However, even friends can have disagreements.

McAuliffe entirely blames the city for the problems with the rally. He calls the city’s permitting process “pathetic” and writes, “Charlottesville authorities had boxed themselves into a corner and let Jason Kessler’s permit be approved automatically, with no restrictions whatsoever.” But this is a critical error that speaks volumes. In fact, the city’s permit-granting office, believing Kessler’s permit application to be incomplete, did not grant the permit until Aug. 7, the Monday before the Unite the Right rally, and then only on the condition that the rally be held in McIntire Park, where the groups could have been safely separated.

The book doesn’t mention that I repeatedly consulted with the governor on our decision to try to relocate the rally to McIntire Park (a path defeated in litigation filed by the ACLU). I first called the governor on July 12, four days after the KKK rallied on July 8 in Charlottesville, to ask him about relocating the rally. He agreed. On Aug. 3, I asked the governor to help our overworked city attorney’s office with the relocation decision. He agreed. These facts show we were actually wrestling with the event together, not apart. But none of them make the book.

The lesson: Permitting processes are complicated and often misconstrued; hindsight is 20/20; and the devil will be in the details.

McAuliffe spends several pages in the book on a phone call he made to me on Aug. 2 to go over “talking points” with his staff’s requests for changes in the rally, such as shortening the time and banning weapons there, after his chief of staff allegedly told him that “the city of Charlottesville is just not listening.”

But while I tried to relay McAuliffe’s “talking points” to the city manager — based on scribbled notes from the rapid conversation — the governor’s office never sent the promised letter containing these requests to the city manager (who, under Virginia law, is the city’s “emergency manager”). And when three Virginia state troopers came to brief city council and the city manager in person that afternoon, they did not mention any of these requests. Finally, Virginia Code section 15.2-915(A) prohibits cities from regulating firearms.

The lesson: Make sure special requests are made to the proper officials in the chain of command (in Charlottesville, like every Virginia city other than Richmond, the city manager runs the government); that lawyers have reviewed the requests; that you follow through on the requests; and that they are memorialized with formal written documents.

Finally, the governor refers to a report that his administration commissioned after the Unite the Right rally through the International Association of the Chiefs of Police, whose brief report also blamed the city of Charlottesville for policing problems. But the governor’s group refused to participate in Freedom of Information Act requests or to cooperate with the city’s own independent investigation.

When I was mayor, we commissioned an independent investigation directed by former U.S. Attorney Tim Heaphy. The 220-page “Heaphy Report” [https://www.policefoundation.org/wp-content/uploads/2017/12/Charlottesville-Critical-Incident-Review-2017.pdf] provided broad, unflinching critiques of me, city council, the city manager, the city police, the University of Virginia — and the state.

For instance, the Virginia State Police held a different briefing from the local police on the morning of the rally, the report said. They were on different radio frequencies than the local police. And they protected areas, not civilians: “Their inaction in the face of violence left the City unprepared — and unaware that it was unprepared — to address one of the predictable risks of the event: brief but serious incidents of interpersonal violence and mutual combat.” But “Beyond Charlottesville” completely ignores the “Heaphy Report” and its findings.

The lesson: In analyzing a crisis, seek an honest accounting of all parties’ mistakes, even if it’s painful, so that we can learn and grow together.

While “Beyond Charlottesville” is a valuable first step in understanding the events of August 2017, it’s just that: a step. We must all continue to walk together in fully understanding what happened, so we can stand together against hate in the future.

Michael Signer served as Charlottesville’s mayor from 2016 to 2018. His book, “Cry Havoc: Charlottesville and American Democracy under Siege,” will be published next spring. Contact him at mike@mikesigner.com; follow him on Twitter, @mikesigner; or visit www.michaelsigner.com.

If God struck down all “White Supremist”, and “KKK members” tomorrow, then placed a protective shield over America (even better than a wall), hate would still reign supreme in America today ….. There is enought hate for President Trump alone to cause Rome to burn, while sore losers’ fiddle …. and you might see some of it in the responses to my comment. …. In American, some hate is more sacred, and tolerated than other hate. Hallelujah, and period.

One of government's main charges is to keep its citizenry safe while protecting the Constitutional guarantees of free speech and assembly regardless of how abhorrent we might find the cause. State and local governments failed miserably in C Ville with the resulting fiasco. The Heaphy Report should be required reading for all and a reminder that more government at all levels is not the answer for the problems that we face.

From Wikipedia: "Some of the basic roles, responsibilities, and powers of a city manager include:

Supervision of day-to-day operations of all city departments and staff through department heads;" The mayor of Charlottesville is not responsible for running the police department nor is he responsible for granting permits. He doesn't control the state police either. He may be the elected face of Charlottesville and a point of contact for the Governor, but he doesn't run the city so focusing criticism on him is misguided at best.

If the ex-mayor wants to defend his actions, let him buy an ad, or go on Facebook.

He blew it and now he wants to share the blame.