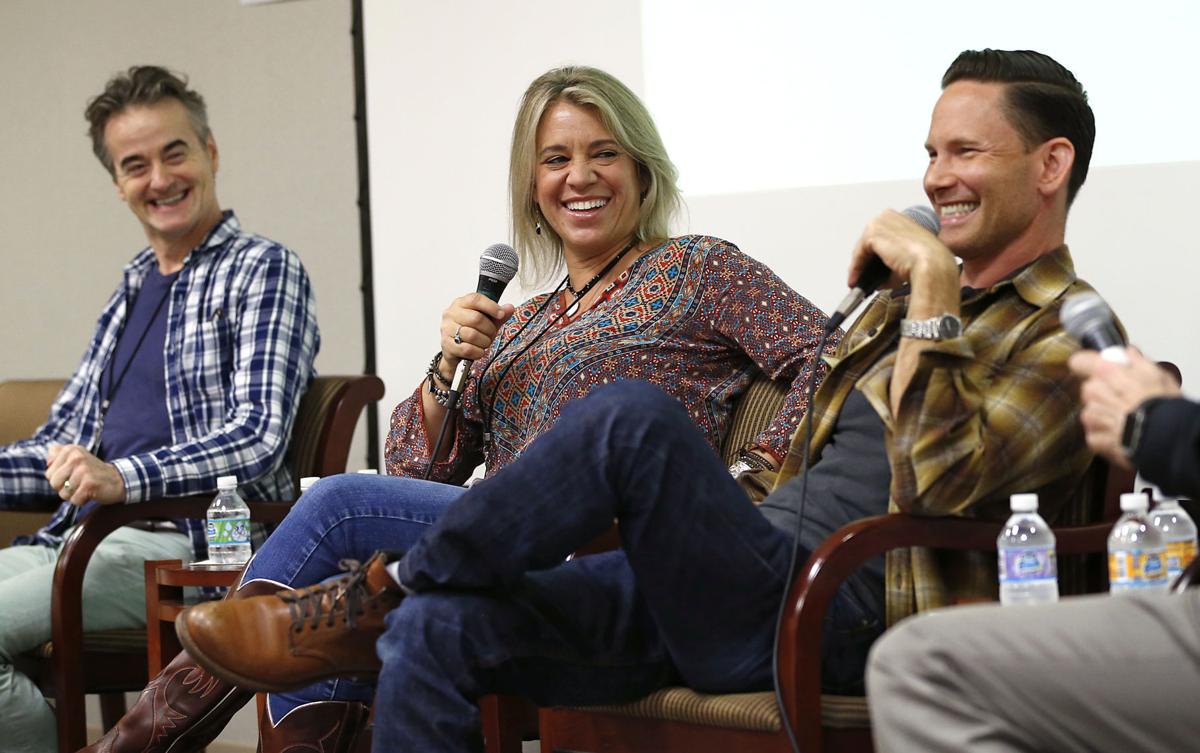 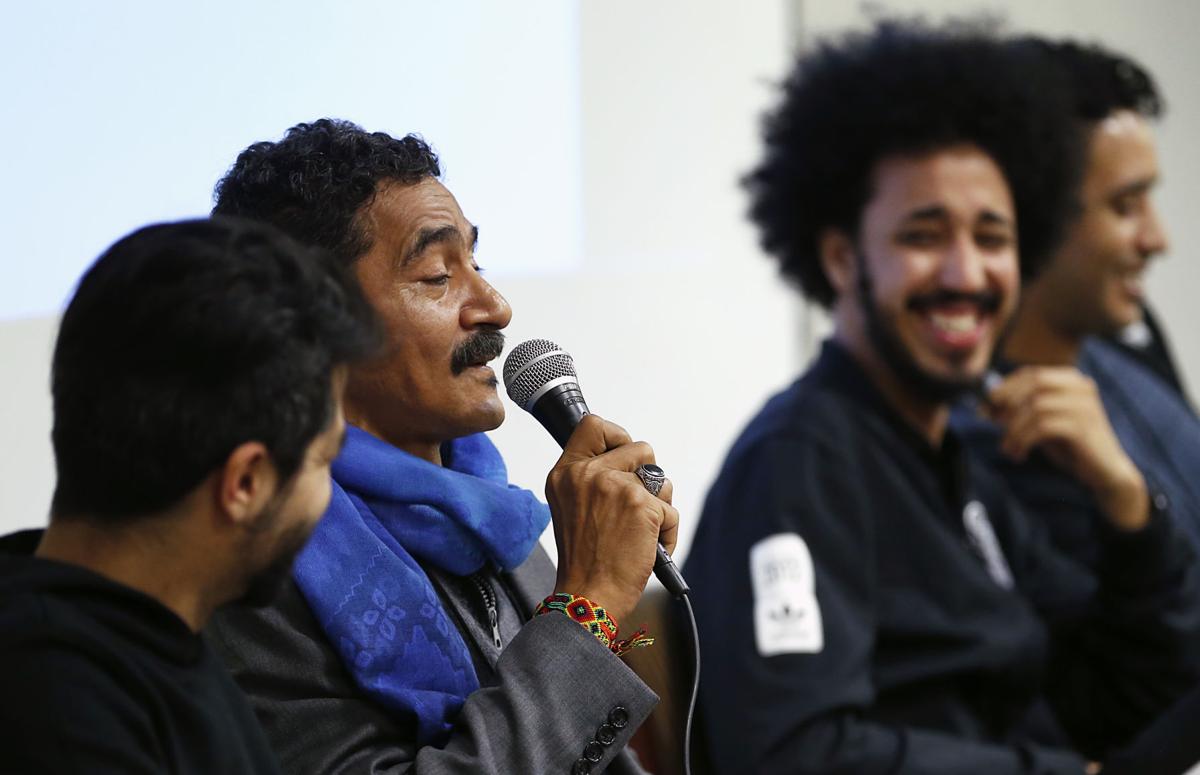 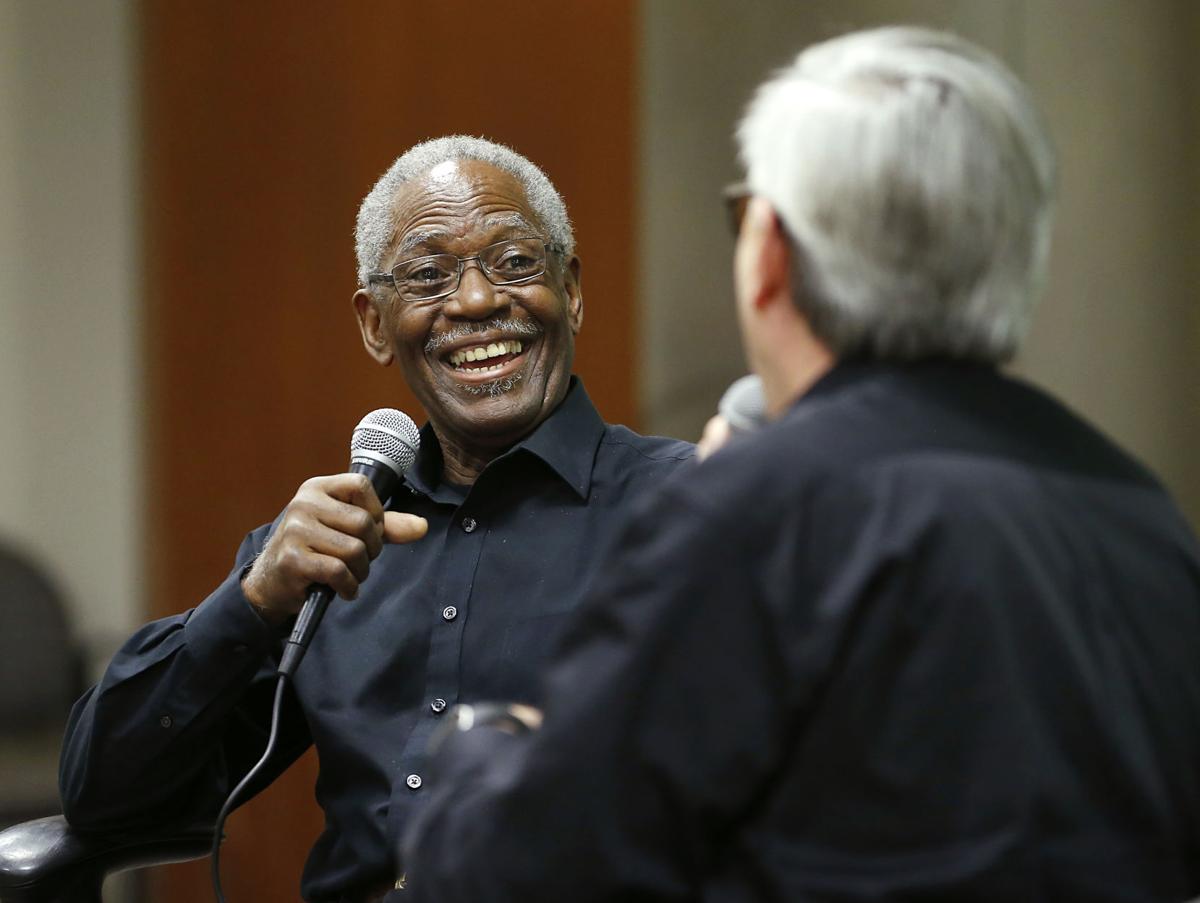 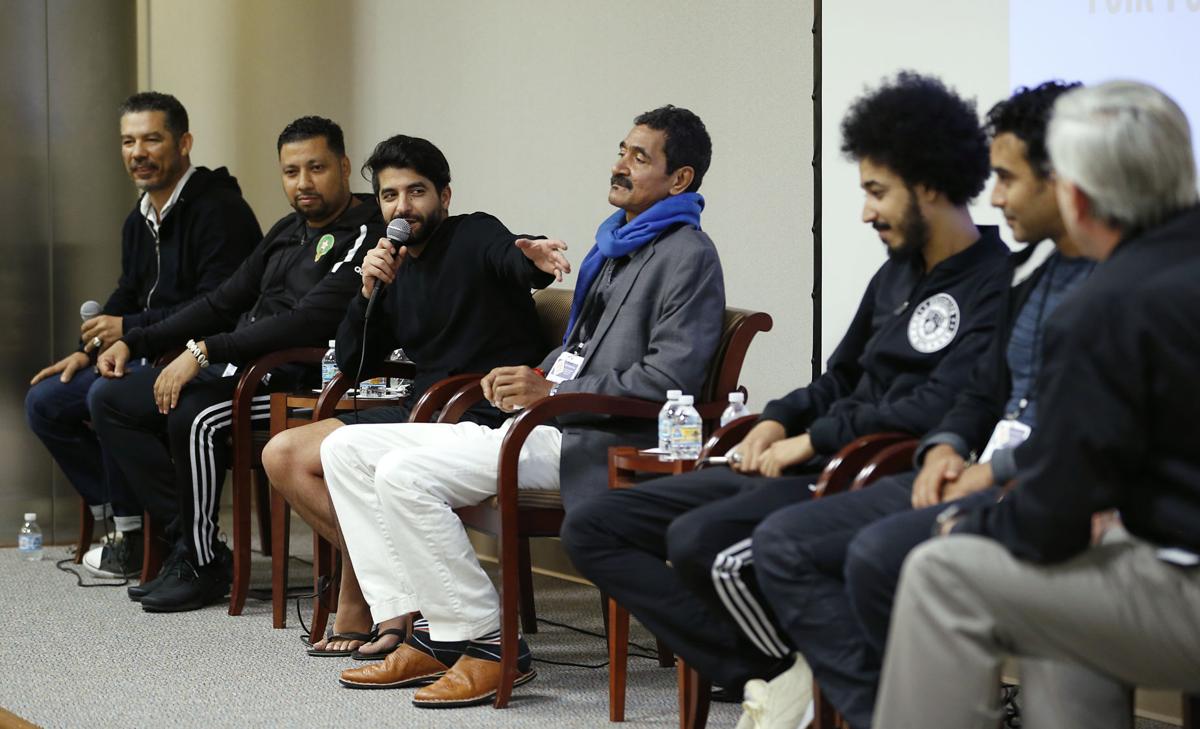 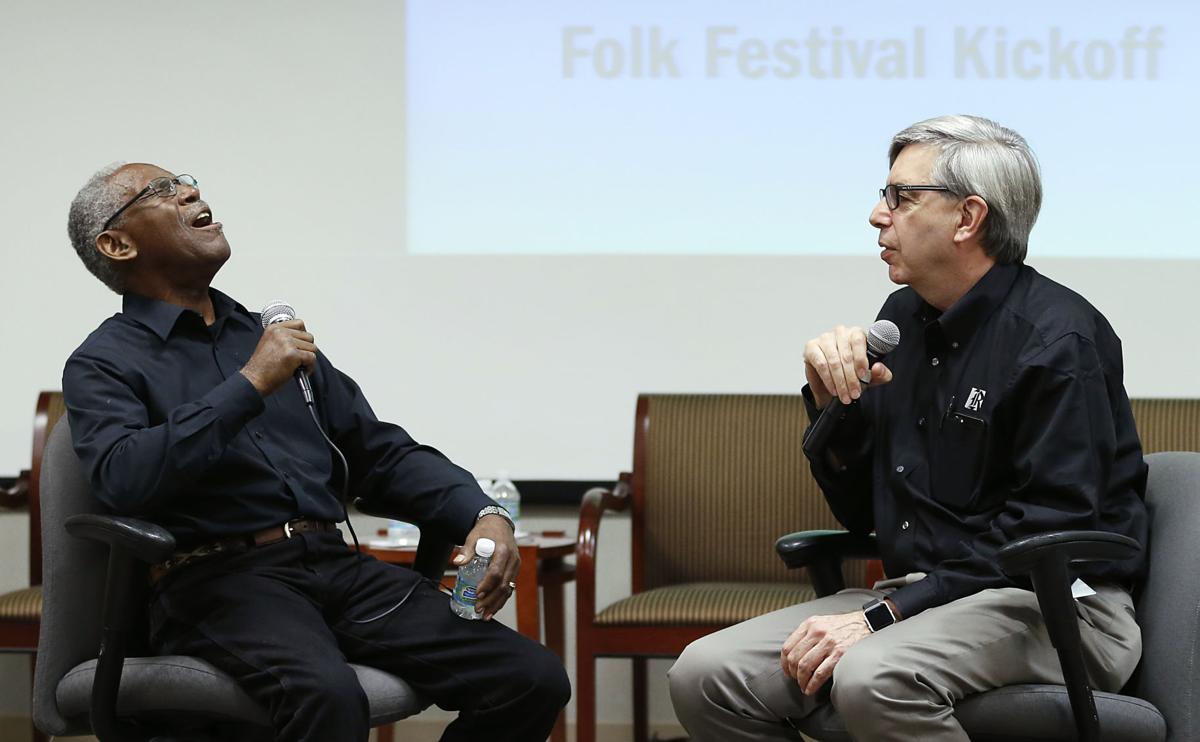 Elana James, violinist for the trio Hot Club of Cowtown, described how the band’s potpourri of Parisian jazz and Texas swing got its start two decades ago.

She was living in New York and working as an intern at Harper’s Magazine when she placed an ad in the Village Voice newspaper saying she wanted to join a working band.

“Whit was one of the weirdos that answered my ad,” she said, referring to guitarist Whit Smith. They got together and played and she thought, “‘This is so awesome. I didn’t even notice that he didn’t have a working band and he had actually lied.’”

Hot Club of Cowtown was one of three musical acts featured Friday at the 73rd Public Square of the Richmond Times-Dispatch, hours before the start of the Richmond Folk Festival. Also appearing were Don Bryant, a soul singer and songwriter from Memphis, Tenn.; and Innov Gnawa, a Brooklyn-based sextet that plays an ancient Moroccan musical form.

Hot Club of Cowtown became complete after James and Smith met string bassist Jake Erwin in Austin, Texas, where James and Smith had moved to pursue their musical careers.

The band was influenced by two major streams from the 1930s: the jazz of guitarist Django Reinhardt and violinist Stéphane Grappelli of the Hot Club of Paris, and the Western swing of such artists as Bob Wills and His Texas Playboys, Milton Brown, and Hugh and Karl Farr.

“We thought: Why pick? We just decided to funnel all those influences together so we have the hot club and the cowtown,” James recalled.

She said the band is defined by its live shows. “That’s what we do best. To me, it almost seems like a conversation.”

Erwin added that the group, fortunately, is playing music its members really love. “I think a lot of that comes across: the enthusiasm, the exuberance, the honesty. And hopefully that comes across and people can feel that.”

James said the group feels at home at international events like the Folk Festival because “actually, we do think of ourselves as a world music group that represents a kind of uniquely American music that’s a mash-up of all these historic styles. So to be presented in this kind of a context is actually really nice for us because this is like our natural habitat. ...

“That’s where we like to think of ourselves: this kind of ... rustic representative of what’s great about American music.”

Bryant said his life has been music.

His father had a gospel quartet that used to sing and practice in their home. “He didn’t really instruct us on music. We would be just sitting around while they were rehearsing.” Bryant and his nine siblings would listen “and we would always try to imitate them.”

He started out singing in church and in grade-school talent shows and harmonized with his brothers on the streets of his South Memphis neighborhood. He entered every talent show he could, and won a few, before the teenager joined the band of Willie Mitchell, whose Hi Records label also produced Al Green and Ann Peebles.

When asked by the moderator, Richmond Times-Dispatch President and Publisher Thomas A. Silvestri, about the favorite lyric he has penned, Bryant sang lyrics he co-wrote with Peebles, his wife; and Bernard “Bernie” Miller: “I can’t stand the rain against my window, bringing back sweet memories.”

“I Can’t Stand the Rain,” a hit for Peebles, has been recorded or sampled by numerous artists, including Tina Turner, Albert King, Humble Pie, Graham Central Station, Seal and Missy Elliott.

Bryant said he was looking forward to listening to other artists in Richmond and hearing their stories.

“I can always pull something out of it myself,” he said.

In response to an audience question, Bryant said no one artist influenced him because he was always trying to do the songs that were popular at the time. Listening to popular singers and imitating them was a motivation for him to continue learning.

Rounding out the Public Square was Innov Gnawa, a Brooklyn-based sextet that plays music in the Moroccan Gnawa tradition. The musicians are keepers of the Gnawa tradition, educating on its history and instruments.

Amino Belyamani described Gnawa as “a spiritual and healing music” born out of a tradition of nightlong trance rituals featuring incense, dancing and different colors, each one associated with a spirit. The music, he said, is used to heal pain, spiritual or emotional.

Maâlem Hassan Ben Jaafer provided a couple of samples of his haunting vocals, sung in a Moroccan dialect. He also told a story, translated by Belyamani, that amused the audience and band members: His pet goat ended up as a meal for some mischievous kids who asked to “borrow” it so they might play with it.

Belyamani said the audience can expect “lots of very complicated rhythms sometimes hard to follow if you’re the first time exposed to this music. But if you just let yourself go, it’ll make a lot of sense. It’s very deep, deep trance music.”

“Playing this kind of music outside Morocco is a blessing,” he said, “and is, I think, a wonderful gift we have the privilege to share.”

What is RTD Public Square?

The Times-Dispatch regularly moderates community discussions about topics important to the region.

We've held more than 70 Public Square sessions since starting the program in 2005 with the goal of presenting and encouraging dialogue, even debates and civil arguments, on major issues with the goal of serving as a catalyst for solutions.

The 90-minute discussions usually are held at The Times-Dispatch’s downtown offices. The discussions are moderated and there is often a panel of experts to help inform the audience. The topics we’ve covered include: crime, education, affordable housing, the ballpark debate, civility, health care, philanthropy, poverty and tourism.

The nationally recognized Public Squares are broadcast live on Richmond.com.