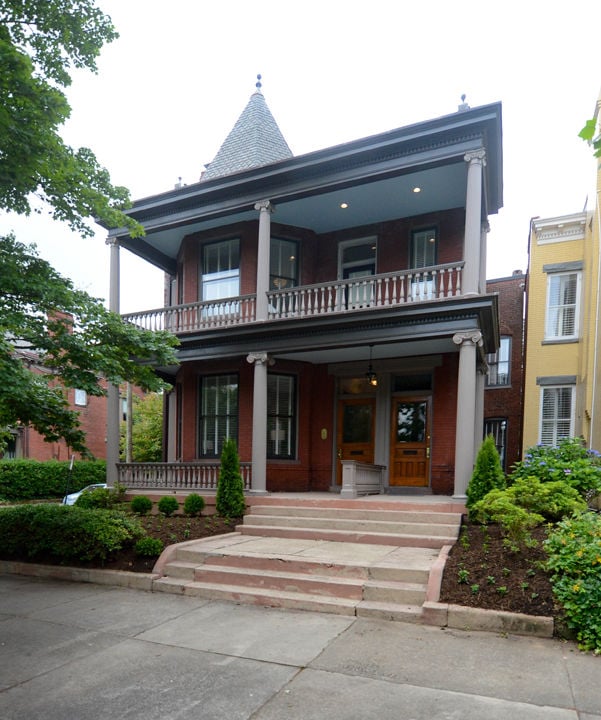 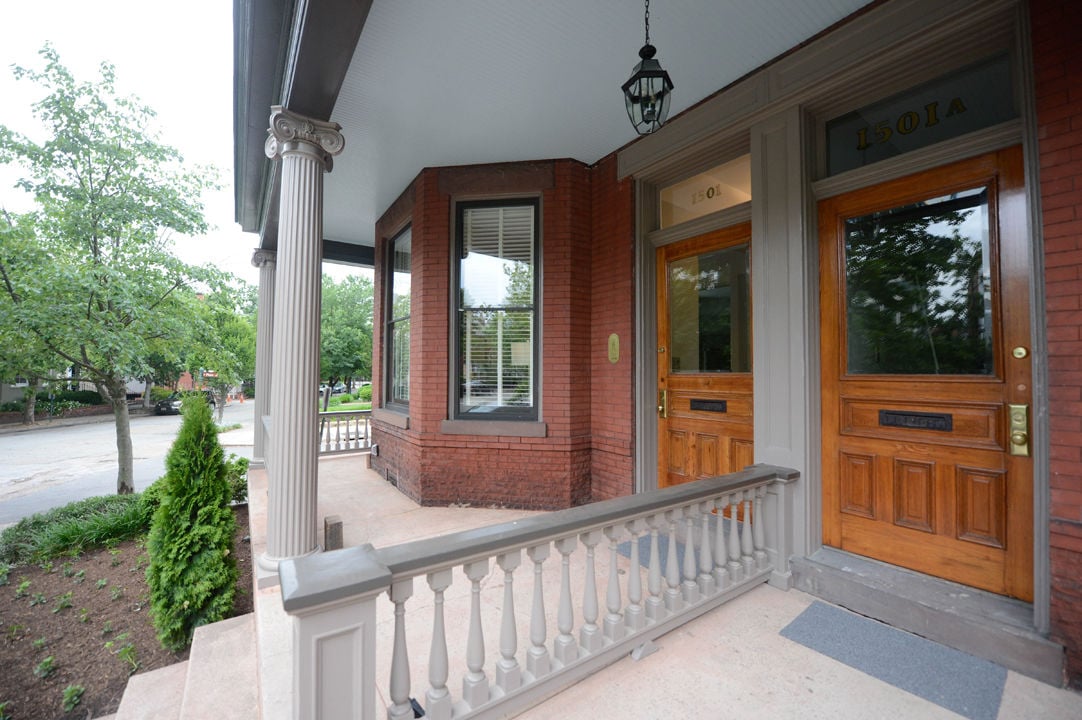 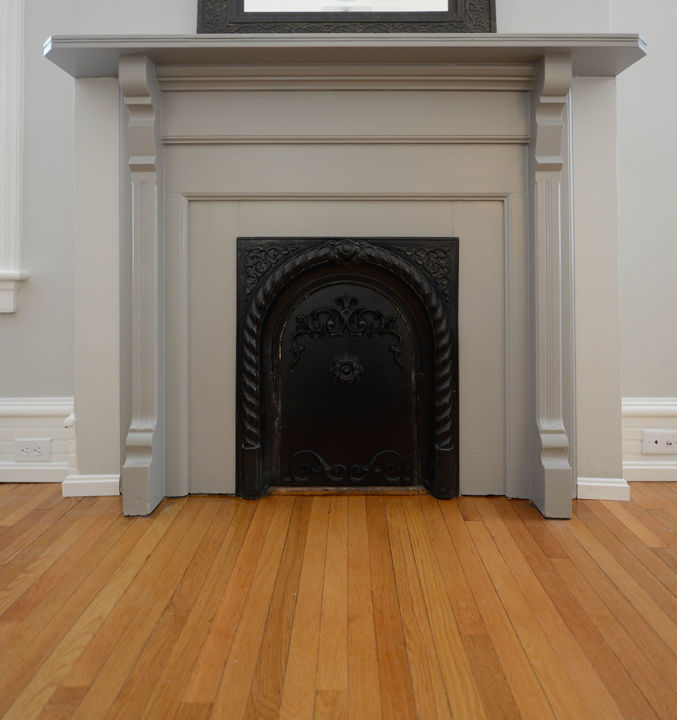 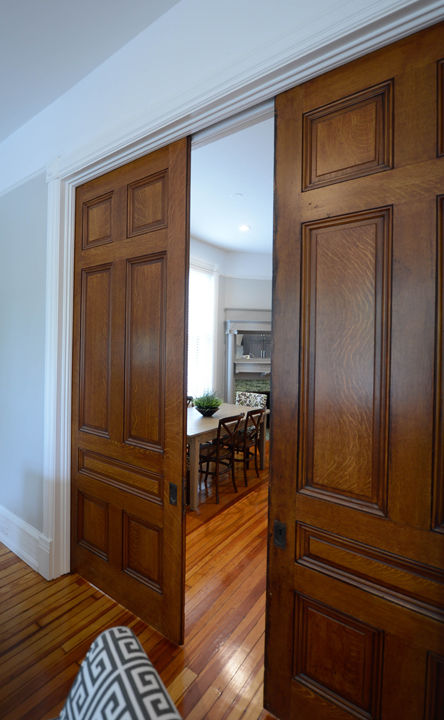 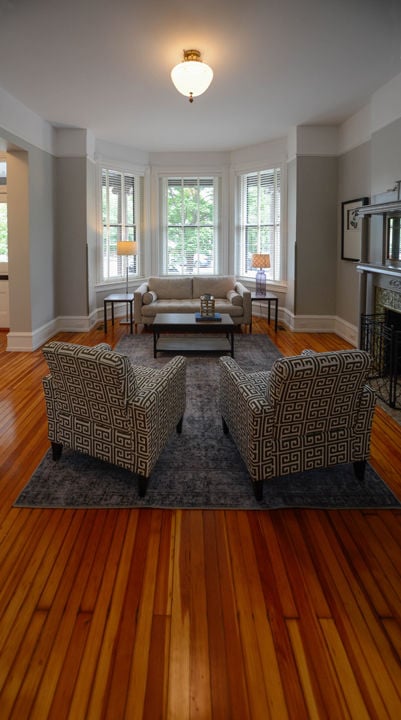 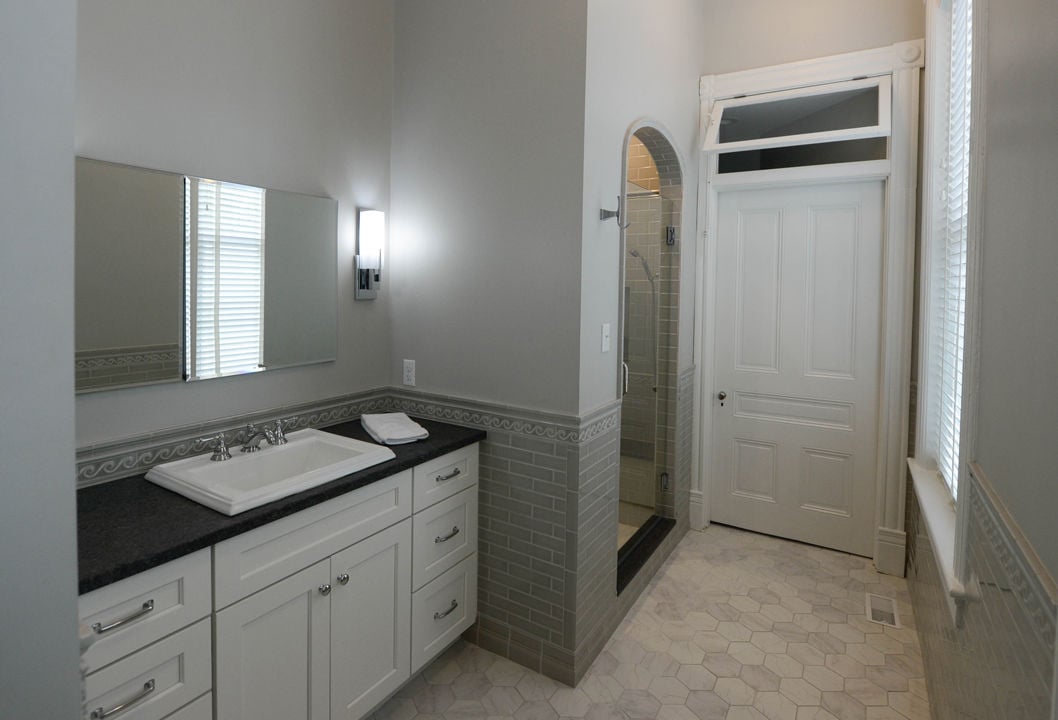 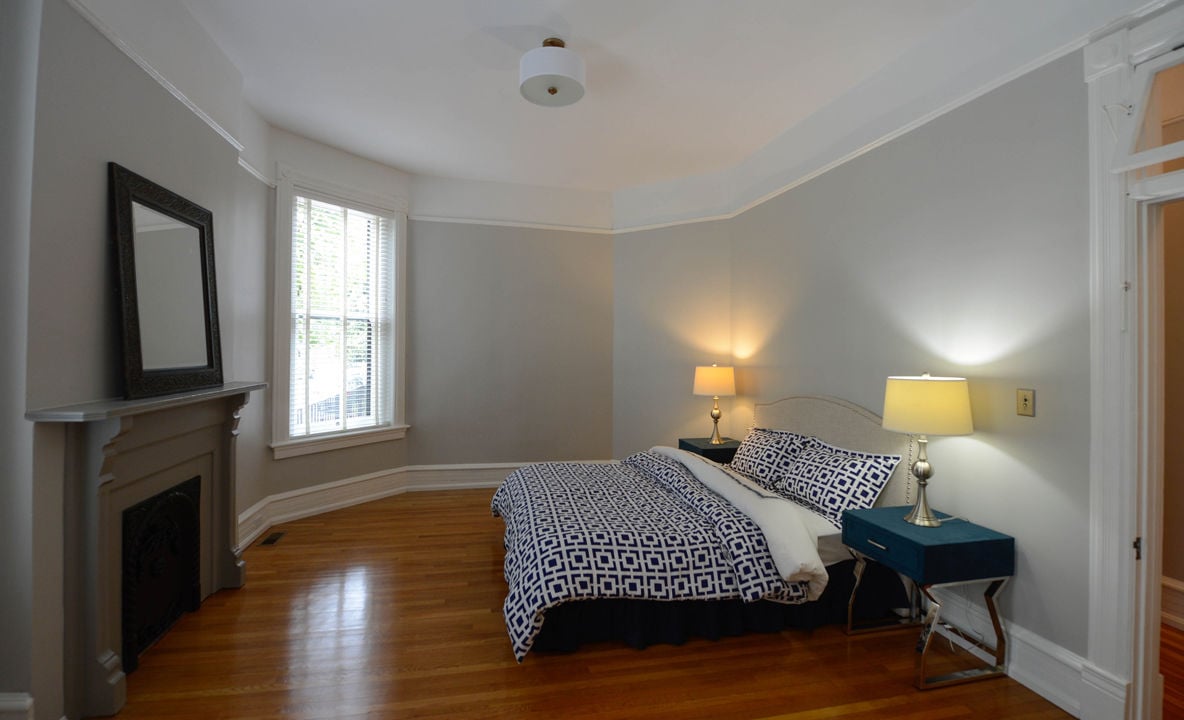 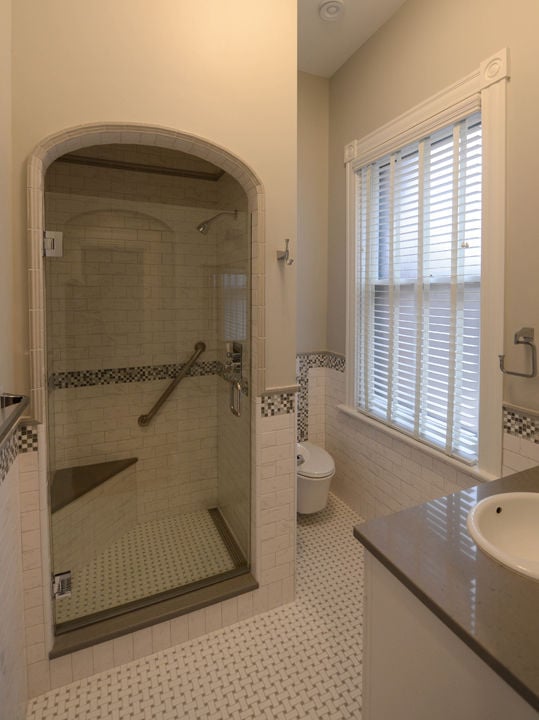 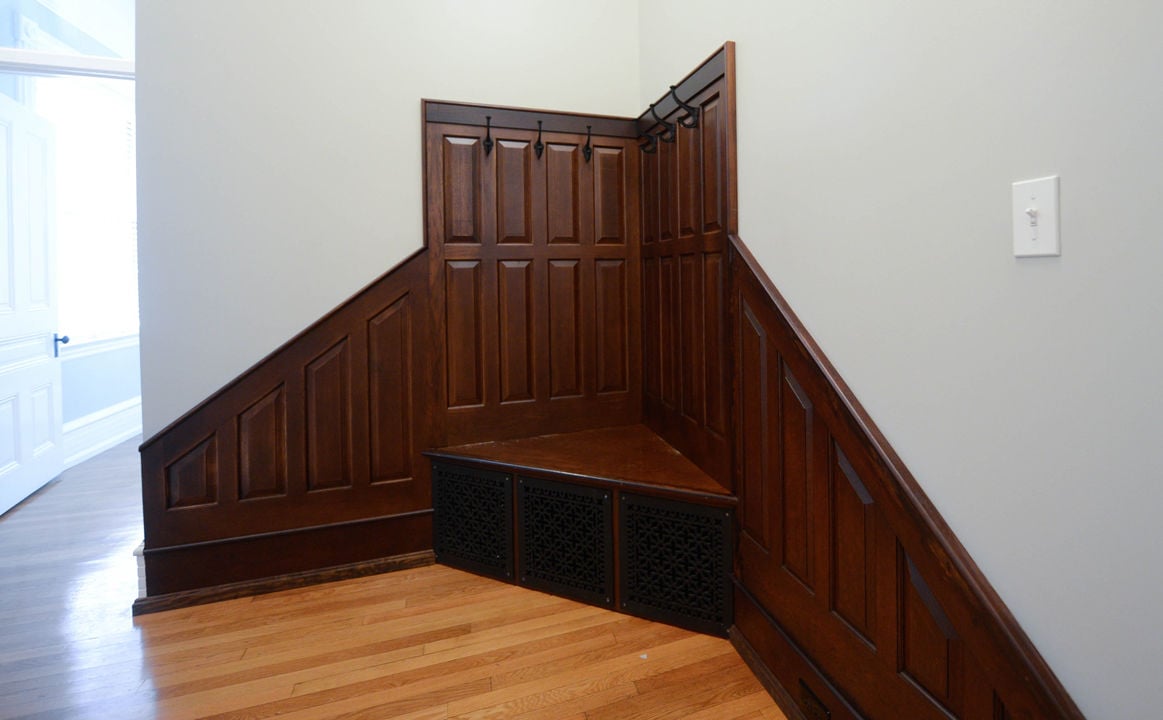 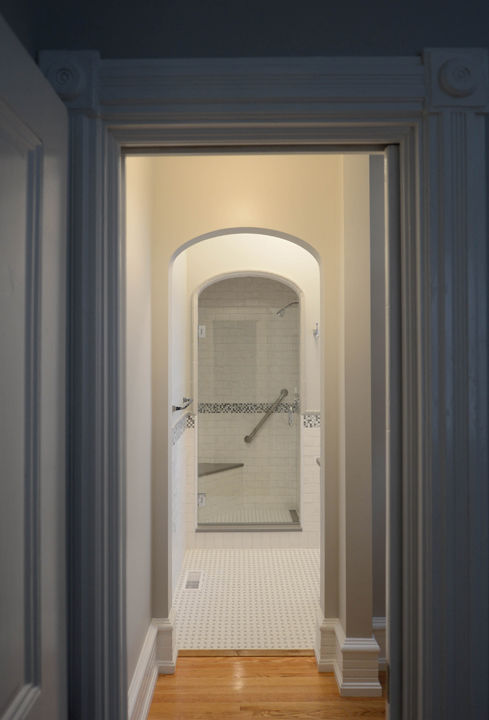 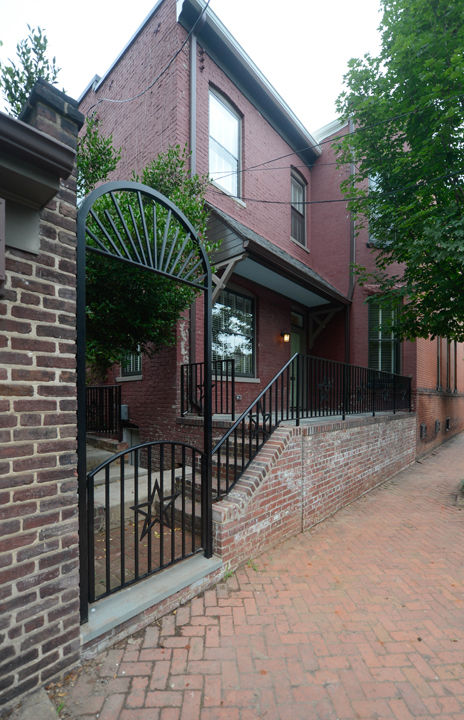 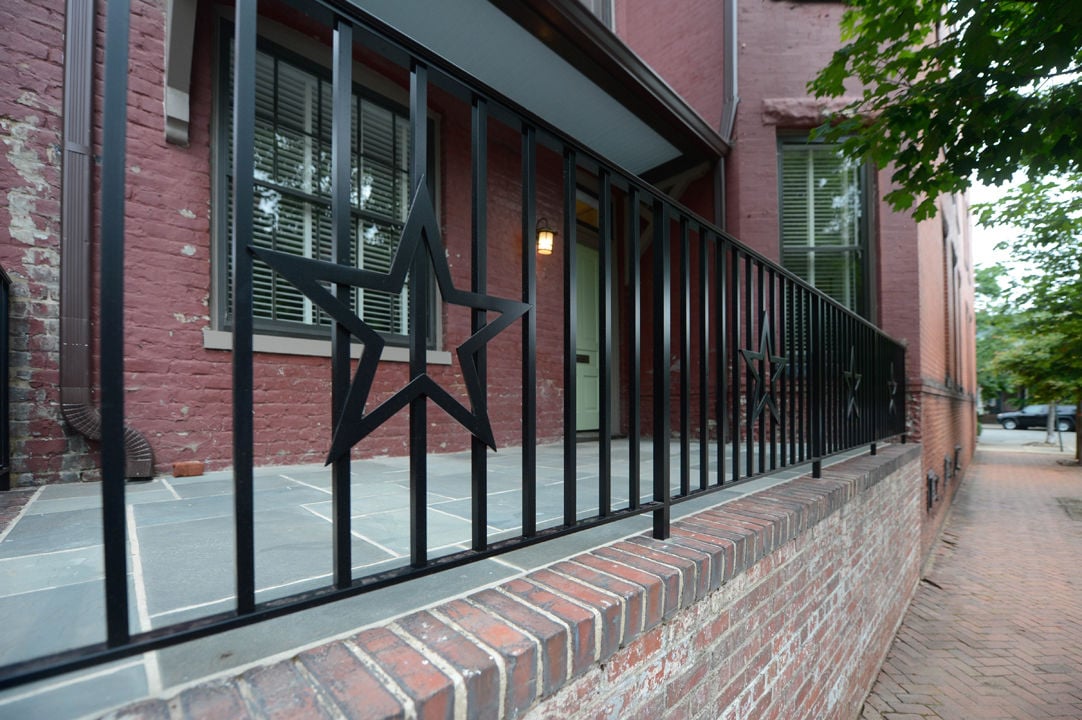 When Echol Marshall and his business partner, Jeff McManus, bought the duplex at 1501 Hanover Avenue in Richmond’s Fan District in April 2018, they intended to pursue the same plan they’d followed for previous historic renovations.

“All our properties are rentals, and we planned on renting the property to high-end clients,” Marshall said.

The 5,600-square-foot property, designed in the Queen Ann style and built in 1904, had been vacant for several years.  But it had significant architectural features, including the original fireplace mantels, 9½-foot-tall pocket doors and heart-pine floors, as well as a covered, two-story Colonial Revival porch that is rare on townhouses in the Fan.

Plus, it was located across the street from a neighborhood park.

Marshall and McManus weren’t worried about the house’s condition, either.

“We go so far into the structure that it doesn’t matter,” Marshall said.  “We know we will face unforeseen structural problems, and we’re committed to solving them.”

As the renovation progressed, though, they began to reconsider their plans to turn the building into apartments.

“We knew the rental market was getting saturated,” Marshall said.

Marshall and McManus briefly considered converting the property into a single-family home.

“Selling a house that big and expensive in that location could be done, especially in light of the quality of the renovation,” said Chris Small, a real estate broker and president of Small & Associates and the property’s listing agent.  “The last house to sell in that block went for $660,00, completely unrenovated, and the house two doors down sold for $1.2 million.”

But Small had an alternative suggestion:  convert the building into two condominiums, each with four fireplaces, three bedrooms and 3½ baths.

“You’d have two 2,800-square-foot units with high-end finishes in a perfect location because there’s going to be people who want a renovated condo in that area,” Small said.  “The quality of the location and the quality of the space dictated making it condos.”

Marshall and McManus agreed, and they began working on their first condo conversion.  Previously, they have worked on apartment renovations in the Fan as well as in Charlottesville and Los Angeles.

Work on the Hanover Avenue project was extensive.  Structural measures included installing nine 21-foot sections of laminated veneer lumber.  Workers also rebuilt the porch columns, which had begun to separate along the seams, and rebuilt the house’s internal copper gutters.

“We put everything back the way it was, granted with new materials in places,” Marshall said.  “The plan Jeff and I had was to use the best materials and present a product that is reflective of the time it was built.”

Marshall even salvaged as many of the building’s screws as he could, and he found a company in Oregon that could supply No. 9 slotted screws to replace the ones he couldn’t.

It wasn’t a pure restoration, though.

“We changed the traffic flow to accommodate contemporary living” and moved the kitchens closer to the front of the units, Marshall said.

Workers made a few discoveries along the way.  For instance, Marshall uncovered proof that the building had originally been a single-family home when he tore down the plaster around the staircase.

“We demoed down to the studs, and we could see the outside of the staircase,” Marshall said.   “It was stained, quartersawn oak.”

Marshall believes the building was probably converted to a duplex in the 1920s.

He removed the staircase’s original quartersawn paneling and installed it in a mud-room space at the back of the downstairs unit.

Other touches that evoke the house’s early history include new summer covers for the house’s coal fireplaces, created by Byron and Kalita Pennington, co-owners of Richmond-based Small Axe Forge.  (Historically, residents would cover coal fireboxes in warmer months with decorative pieces of tin.)

Likewise, Richmond artist Stephanie Van Buren faux-painted four of the pocket doors to match the other four, which were made from heart pine painted to look like quartersawn oak.

“This was a work of love from a lot of people here in Richmond,” Marshall said.

Marshall wrapped up the project recently, and Small put the downstairs unit on the market earlier this month with an asking price of $799,950.  Marshall and his wife, Theresa Marshall, have decided to move into the upstairs unit.

“My wife said, ‘I’ve always wanted to live in a house that’s been Echolized,’” Marshall said.

Small says the downstairs condo will attract a lot of interest, in part because of its location.

“It’s in a very choice piece of the Fan District,” Small said.  “You’ve got a Hanover address, which has always had a cachet to it.  And being near a park is definitely a go-to location.”