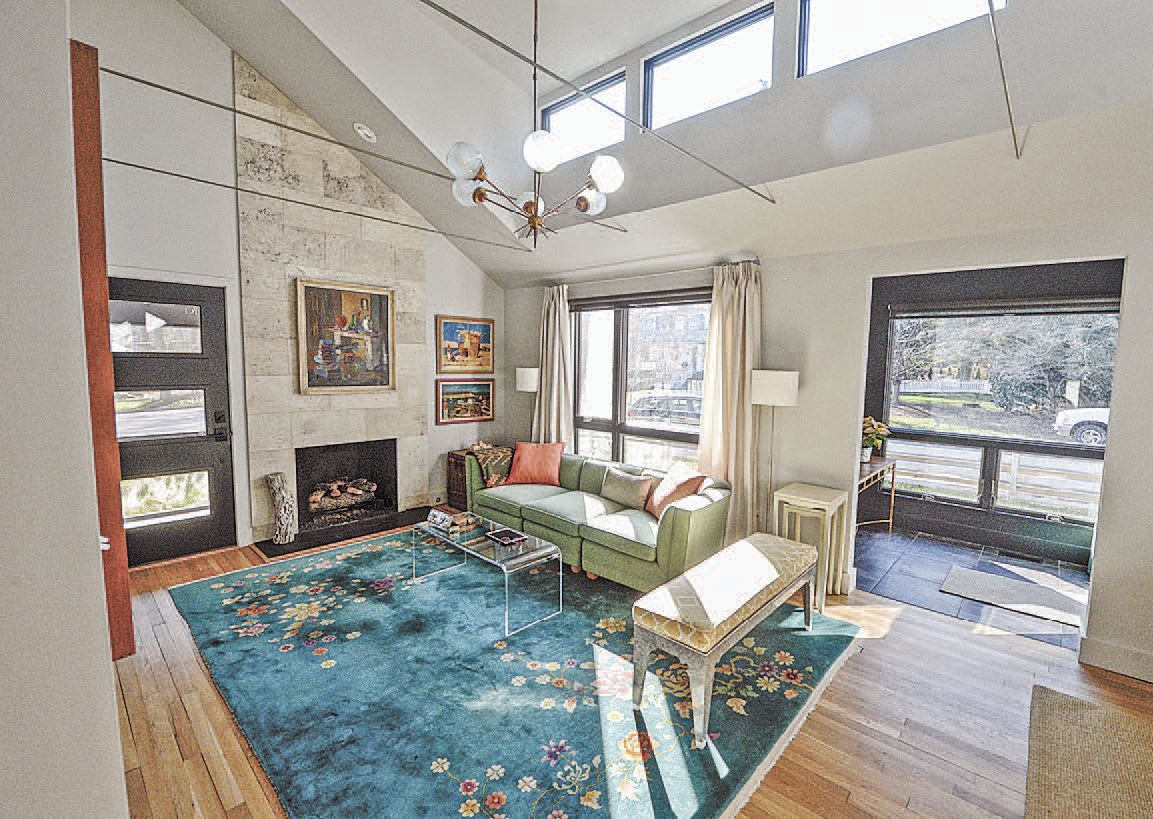 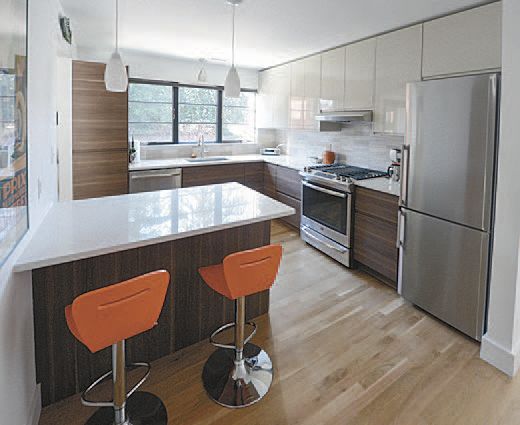 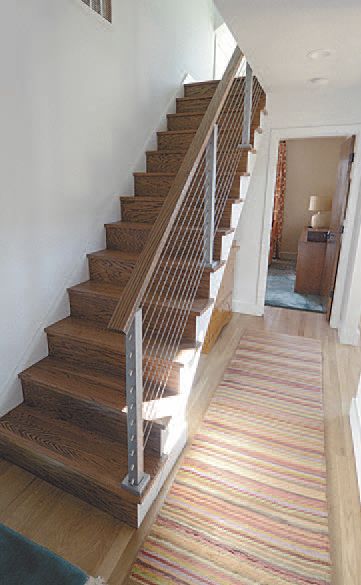 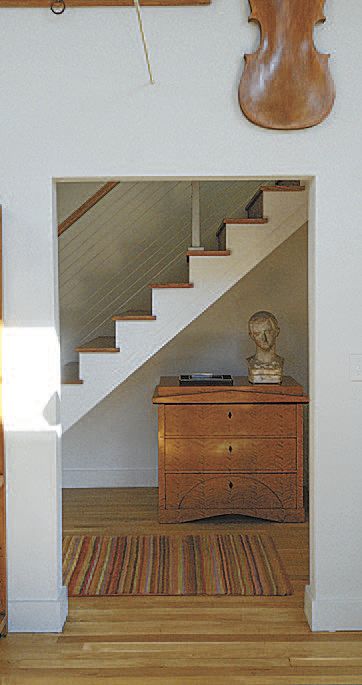 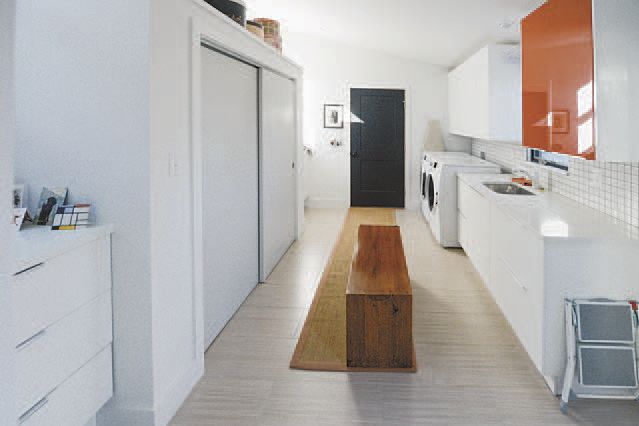 Two years ago, Stephen and Donna Bower decided it was time to consider a change. They enjoyed living in their third-floor walk-up apartment in Monument Avenue’s historic district, but as they approached their 70s, the attractions of a ground-level lifestyle were becoming more apparent.

And they had a clear idea of what they wanted: a one-story house in the city’s Fan District.

“We looked and looked and looked, and we found the Fan was vertical,” said Stephen Bower, who did international work for the U.S. State Department before retiring. (Donna Bower was a lobbyist in Washington, D.C.)

They expanded their search and stumbled onto a modest Cape Cod-style home built in 1952 in the Stonewall Court neighborhood in Richmond’s West End.

Construction had begun in Stonewall Court in the 1920s, and it has an appealing mix of Colonial, Tudor and Mediterranean revival-style houses, along with some distinctive Craftsman bungalows.

By contrast, the Cape at 38 Lexington Road, a relative latecomer to the neighborhood, was “a suburban form with minimal detailing and intermediate pitched roof and sat quietly within our neighborhood,” said Robert Mills, an architect who lives across the street in an Arts and Crafts-style house built in 1926. “You would barely see this house as you passed through the neighborhood.”

The Bowers liked the Cape’s proximity to the shops at Libbie and Grove avenues, though, and they appreciated how lush and green the lot and the neighboring lots were.

“It made it special,” Stephen Bower said.

Plus, the house had an impressive history. Theresa Pollak, a Richmond-based artist and long-time educator who was instrumental in the founding of VCU’s School of the Arts, had built the house and lived there for decades.VCU named the fine arts building at 325 North Harrison Street after her in 1971, two years after she retired. Today, her work is in the permanent collections of several art institutes.

“Her 41-year teaching career influenced generations of Virginia artists, and she is credited with the introduction of modern art to Richmond,” said Ray Bonis, senior research associate for the Special Collections and Archives department at VCU Libraries.

The Bowers had bold plans to renovate and expand the house in a Modern design that would probably have pleased Pollak. But their willingness to buy the house hinged on a key issue: Could they install a vaulted ceiling on the front half of the house? “We didn’t want to live in a little box,” Donna Bower said.

Mills, who founded Commonwealth Architects and was its president until his semi-retirement in 2015, assured the couple it was possible, and he made two conceptual drawings depicting the house with a Modern makeover.

“We thought Bob knocked it out of the park,” Donna Bower said.

Buoyed by Mills’ Modern design and the house’s potential, the Bowers bought the property. But Mills was already facing a full calendar. “As a rehabilitation architect, I was engaged in a number of projects at the time, including the rehabilitation of the C.F. Sauer Headquarters, 2000 West Marshall Street, 840 Hermitage Road and the Putney Building,” he said.

So the Bowers turned to Richmond-based architect Jim Irby to expand on Mills’ conceptual drawings. Irby, founding principal of Irby Architects, had never taken over a project from another architect, but he respected Mills and his work, and he took it on as a challenge, he said.

Irby worked with the Bowers on the design, refining the fenestrations of the new, large front windows and the proposed entry vestibule, which would add volume to the front elevation and provide a transition into the main living area.

Inside, Irby drew up plans to remove the second floor over the living and dining areas and increase the ceiling height by adding a wide dormer with a row of clerestory windows.

To ensure structural stability after the attic’s joists were removed at the front of the house, Irby worked with Paul Muller, a structural engineer, to create a tie-bar system to connect the front exterior wall to the interior walls.

“We chose to use cables rather than beams because we didn’t want an industrial look,” Donna Bower said.

Removing the ceiling, adding the dormer and designing the tie-bar system were some of the project’s bigger challenges, as was getting the various aesthetic elements on the front elevation to work in harmony.

“Trying to take the feel of a vertical, heavily glassed structure with a flat roof and overlay it onto a saltbox was tricky,” Irby said.

To help accentuate the front elevation’s three wood panels, the Bowers chose a neutral palette of black and two hues of gray as a backdrop.

“The neutrality behind the wood panels helps them by not competing,” Irby said.

Among the bigger undertakings: The old asphalt-shingle roof was replaced with a standing-seam metal roof, and a garage and a utility connector were added onto the western side of the house, giving it a larger feel and enhancing its horizontal impact from the street.

Another addition, on the west rear of the house, allowed for the construction of a large bathroom and a walk-in closet area. And a staircase with contemporary cable railing was built in the center of the house, to give access to an exercise room upstairs and provide a focal point from the entryway.

Today, the house has slightly less than 2,000 square feet of living space.

Work wrapped up on the house 366 days after it began, and the Bowers moved in on Halloween.

“I’m from Oregon, and I like that we’re trying to live on a small footprint,” Donna Bower said. “It suits us, and it showcases the art we’ve collected. It’s got a lot of light, and it feels so comfy. We’re falling in love with it.”