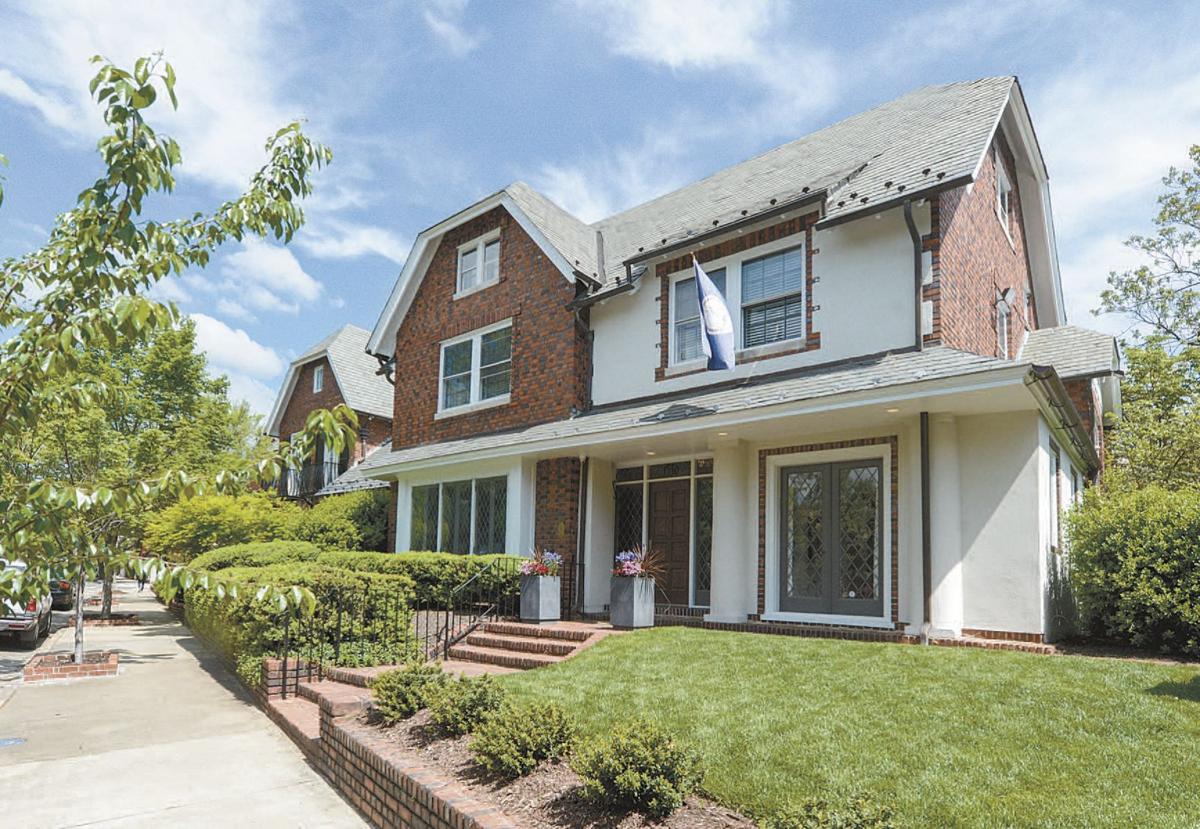 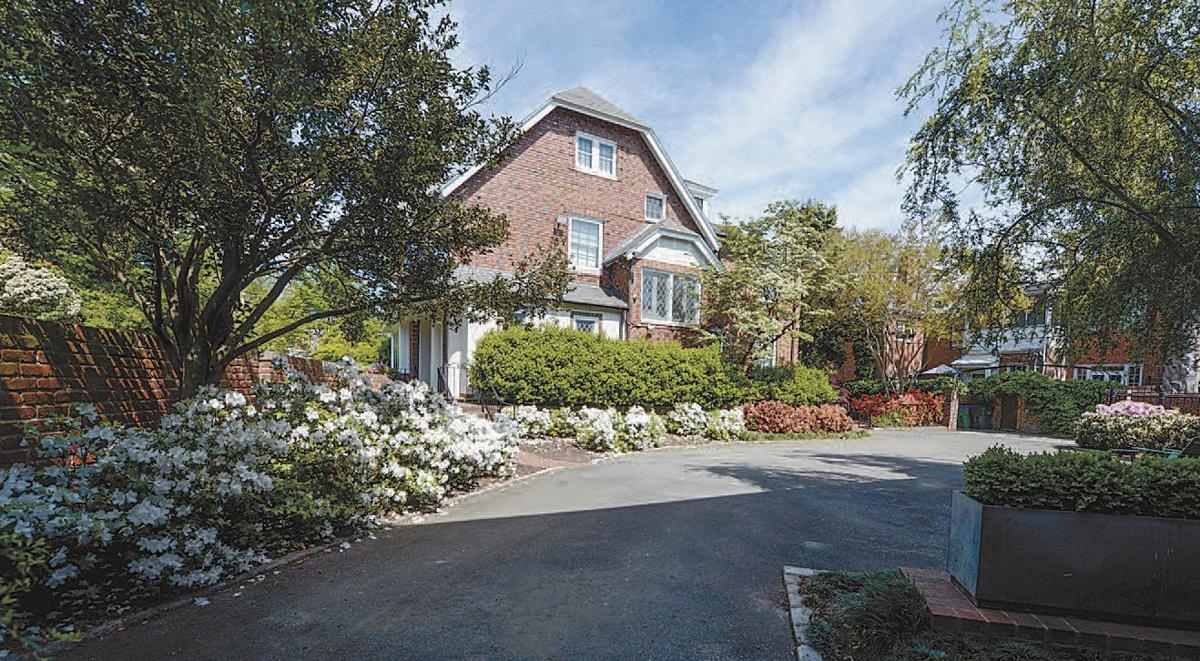 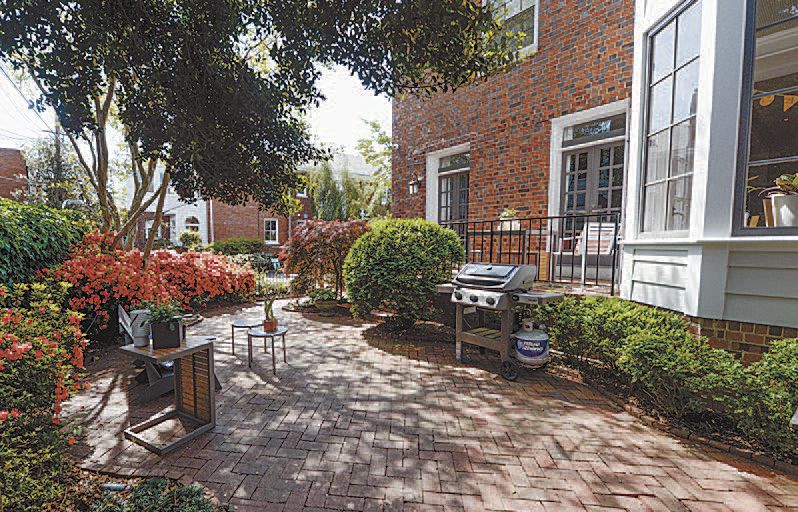 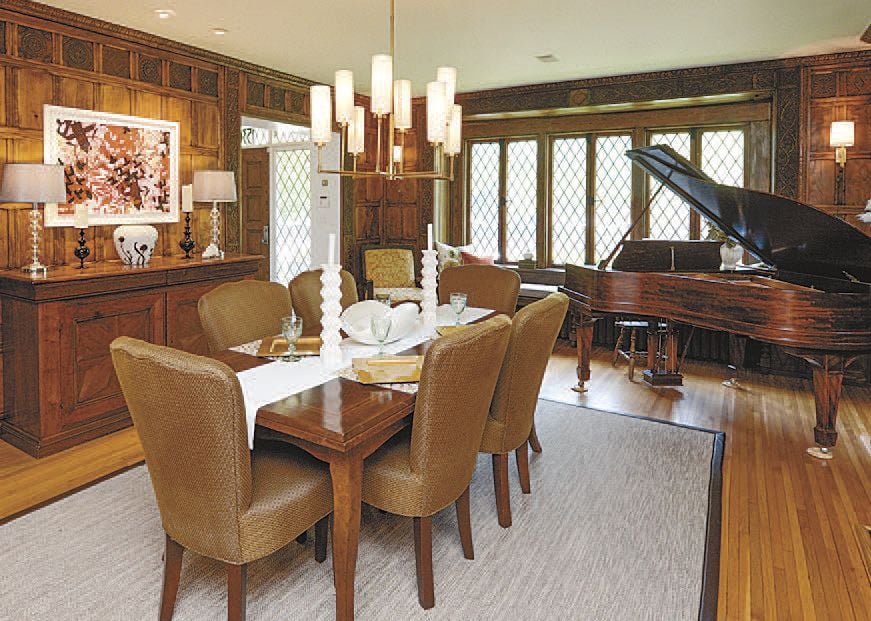 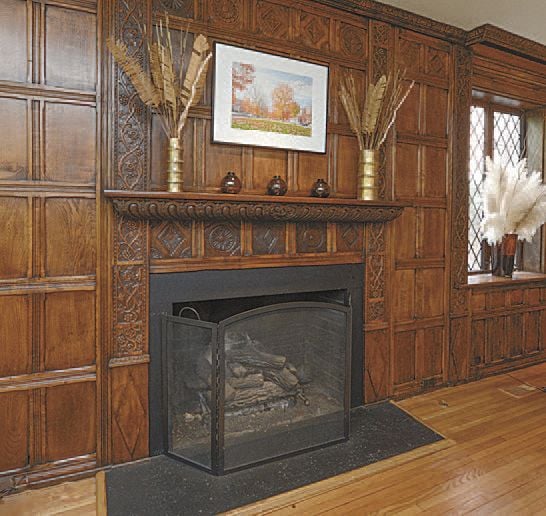 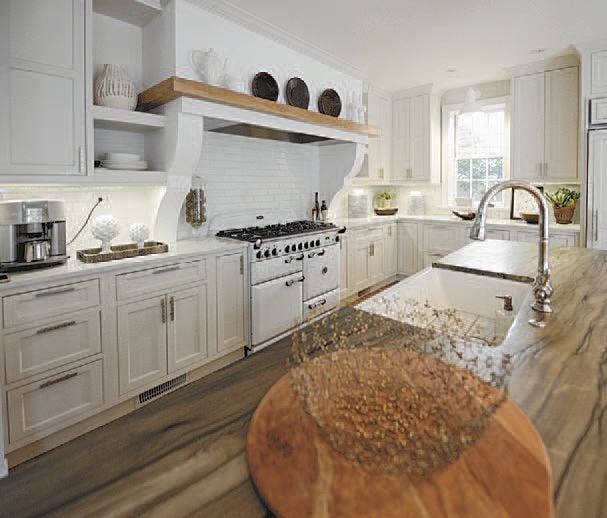 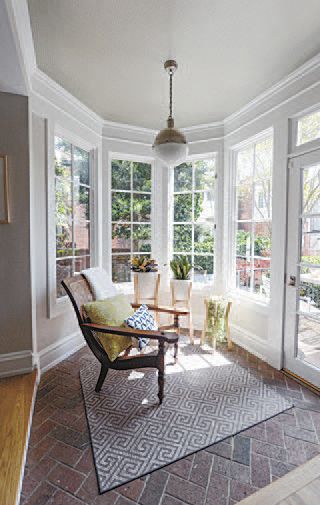 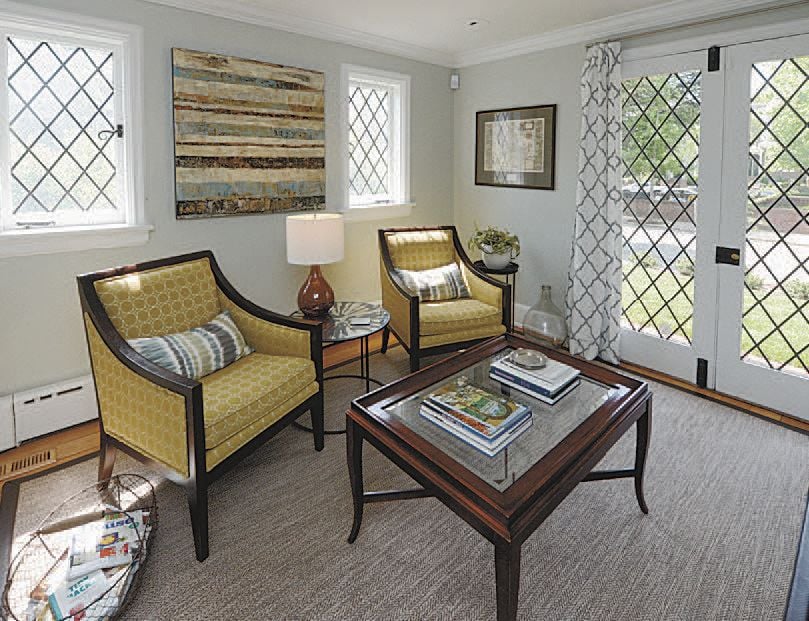 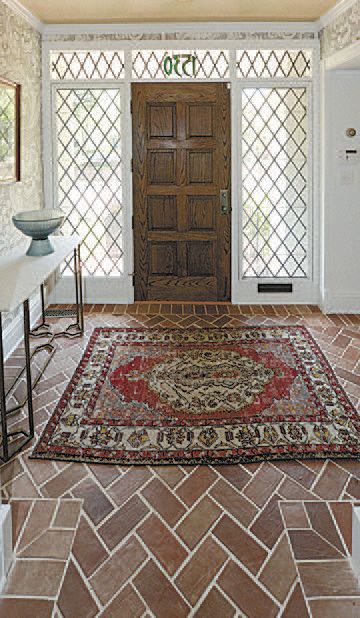 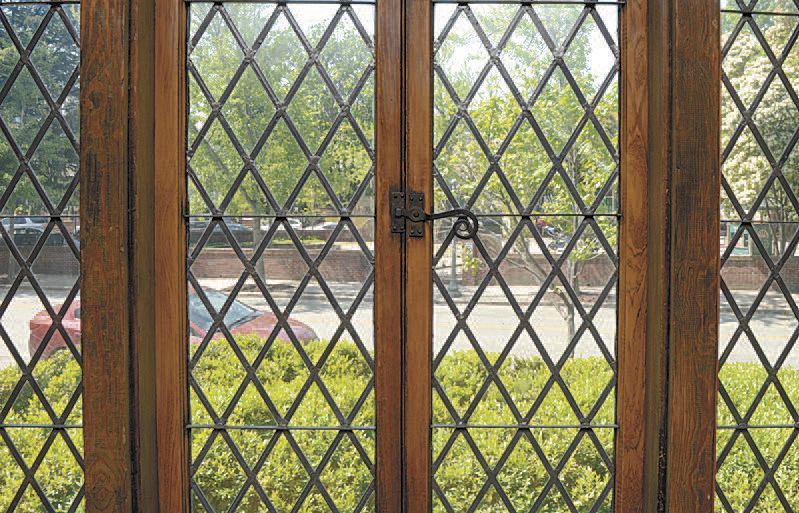 Some houses remain virtually unchanged for decades, as if they’re living museums of a past era. Others are more fluid, changing over time as their occupants’ tastes and practical needs shift. The English Arts and Crafts-style house at 1530 Park Avenue in Richmond’s Fan District lands solidly in the fluid, changing category.

A time-lapse film of its changes would include an early upgrade to its living room, with the installation of oak paneling that once lined a gallery in the Fan’s largest private residence. Later, we’d see some of the bedrooms on the second floor get modified to accommodate a master suite renovation that also created more storage space.

And at the end of the film, we’d see the house’s kitchen and dining room get dramatically reconfigured as a bright, open space for a young family to relax in.

It would be, in short, a record of how our notions of comfortable living shift over time, and how we reshape our houses to match those notions.

Ironically, the period during which the 4,600-square-foot house underwent the fewest permanent changes may have been when it was what the current owners call “a well-kept frat house.”

“Students had lived in it for years, but the owners spruced it up before it went on the market,” said Suzanne Carley, who bought the house with her husband, Sean Carley, in 2016.

An English cottage, minus the thatched roof

The house at 1530 Park Avenue has an impressive pedigree. It was designed by W. Duncan Lee, one of the city’s most widely recognized architects, and built in 1914 for George D. Morgan. Lee also designed the house next door at 1534 Park Avenue, for Morgan’s brother, Branch Morgan. (The brothers jointly operated Morgan Brothers Bag Co.) In addition, Lee designed the house on the east side of 1530 Park Avenue, but it was later demolished. (More on that later.)

Those weren’t the only three Lee-designed homes in the immediate area. He also designed three houses on West Avenue, all between 1913 and 1915.

But Lee’s design for 1530 Park Avenue, with its steep jerkinhead or clipped-gable roof, evokes English cottages.

“In the early 20th century, many architects and builders were trying to emulate the look of vernacular English country cottages,” said Chris Novelli, an architectural historian with the Virginia Department of Historic Resources. “Jerkinhead roofs were popular because their shape and contours suggested the look of thatched roofs. Lee’s design at 1530 Park Avenue is similar to suburban houses being built all over England during the same period, which were mainly Tudor or Arts and Crafts.”

The house Lee designed for himself at 12 Stonehurst Green, in the city’s West End, also draws on the English Arts and Crafts tradition; he called it his Irish cottage.

“The English Arts and Crafts style drew from England’s preindustrial vernacular building traditions and cast a wide net over traditional English design,” Novelli said. “On 1530 Park Avenue, the English-bond brickwork is from the 17th century or earlier, and the six-over-six-pane windows reference the 18th century.”

Morgan didn’t live in the house for long. Sometime in the late 1910s, Edmund Addison Rennolds and Zayde Branch Rennolds bought the house, and Zayde Rennolds’s mother, Beulah Branch, later gave her the oak paneling for the living room as a gift.

The paneling came from the second-floor gallery of the Branch House (1919), the 27,000-square-foot Tudor Revival-style mansion at 2501 Monument Avenue. Designed by John Russell Pope for John Kerr Branch and Beulah Branch, it now houses The Branch Museum of Architecture and Design. It remains the Fan’s largest building designed to be a single-family dwelling.

“The paneling spruced up the living room at 1530 Park Avenue, and exposing the plaster in the Branch House probably made that hall a little lighter,” said Walter Dotts, Zayde Rennolds’s grandson. “There’s still paneling behind the radiator at the Branch House.”

To enhance the living room’s Tudor Revival aura, Zayde Rennolds also added a fireplace and replaced the original windows with ones that have diamond-shaped panes.

“I think Grandmother changed the windows when the paneling came in because it gave the same character to that living room that the Branch House had,” Dotts said.

In addition, Zayde Rennolds enclosed the porch to the east of the front entryway, which reconfigured the front elevation into a U-shape. (Later owners brought the recessed door forward so that it’s nearly flush with the main wall.)

Zayde Rennolds wasn’t finished yet. Sometime in the 1960s, when street parking in the neighborhood became more difficult, she bought the Lee-designed house to the east of hers and had it torn down and replaced with a large parking area.

The additional parking helped accommodate visitors for the large holiday meals that Zayde Rennolds hosted for her extended family, and it also gave her room for a rose garden.

“That house had a very small garden because the house took up most of the footprint of the property,” Dotts said. “So when she tore the house down, she installed a wonderful rose garden she’d tend to.”

Zayde Rennolds also contributed funds for the brick wall that surrounds the pocket park in front of the house, Dotts said.

Rennolds lived in the house until her death in 1986.

The house’s modifications continued. Later homeowners reconfigured the bedrooms on the second floor to create more storage and added a bay window in the dining room at the back of the house. They also probably added the floral-themed oak trim in the living room.

“I don’t remember the trim in the living room, and I don’t think it came from the Branch House,” Dotts said.

The Carleys, the present owners, have continued the house’s ongoing transformations, the biggest of which entailed removing the wall that separated the kitchen and the formal dining room at the back of the house and reconfiguring the kitchen’s layout. The result: a bright, open living space that offers a relaxed area for the family to hang out.

“We spend most of our time in the back,” Sean Carley said. “Because the paneling in the front room is formal, we use that as our dining room.”

The couple also removed a doorway on the third story to make a loft-like play space for their young children.

So far, they haven’t uncovered any surprises or faced unexpected setbacks during the renovations.

“The only shock was discovering how thick the structural walls are – 18 inches,” Sean Carley said. “They’re amazing.”