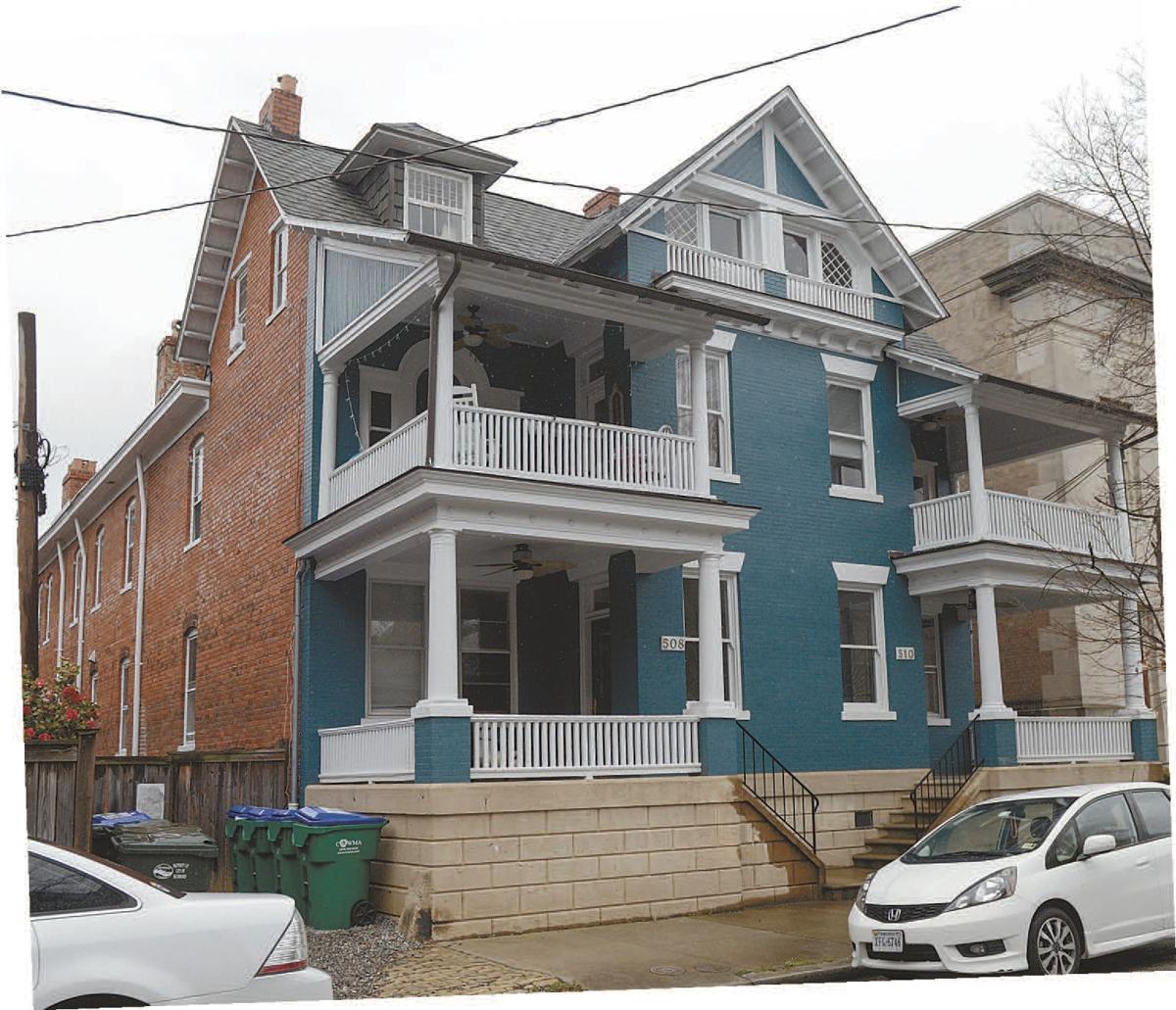 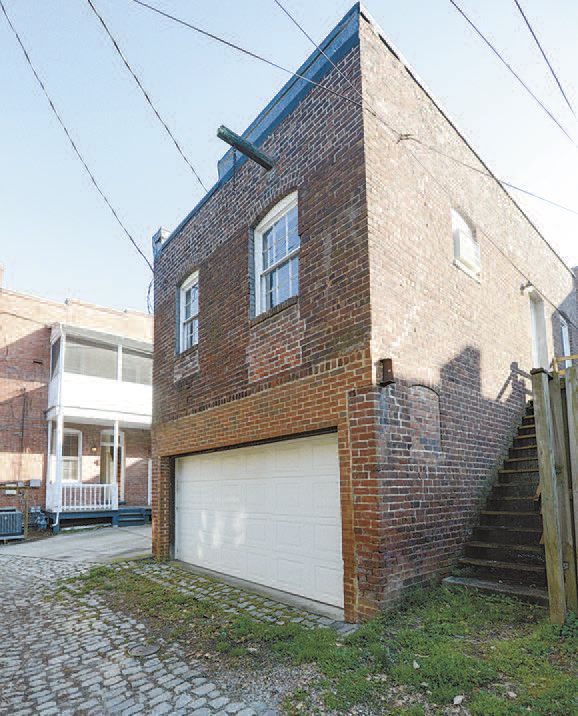 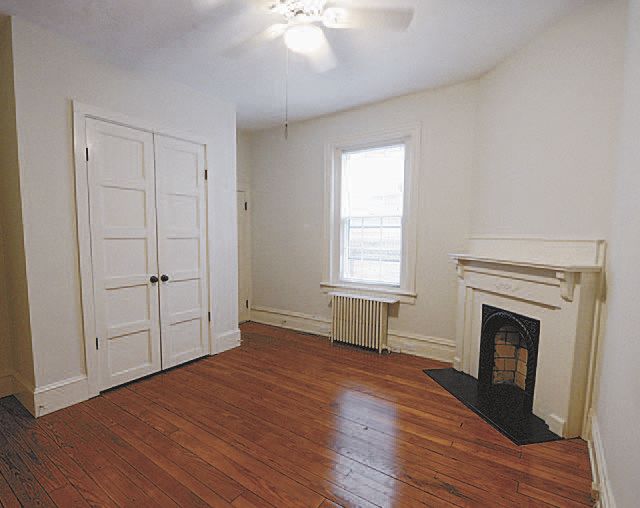 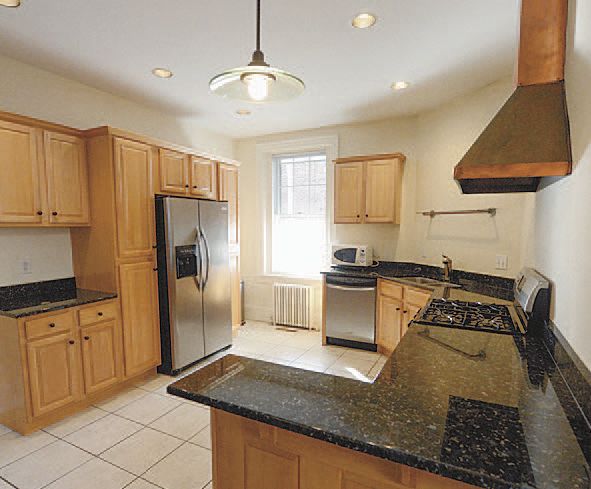 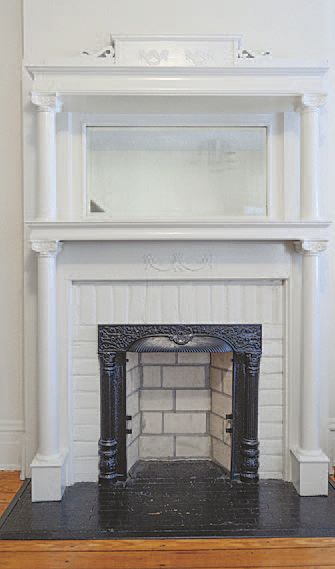 Today, the two duplexes joined by a firewall at 508 and 510 North Allison Street in Richmond’s Fan District are expansive, renovated apartments and condominiums. A little more than 20 years ago, though, the building was a crowded warren of padlocked rooms.

“It was a part of a boarding house operation that the owner had run for many years,” said Reid Pierce, who bought the building with two partners in 1997.

Pierce and his business partners, Mark Grossman and Allan Mullian, also bought the nearby house at 2208 Park Avenue from the same owner.

In all, 26 people were living in the two buildings when the three partners bought them, and the two duplexes were in poor condition.

“The nicotine stains on the windows were so bad we ended up having to replace the glass,” Pierce said.

Even so, Pierce convinced his partners to buy the buildings because their architectural features were significant.

“They were very grand buildings and of a size comparable to the buildings on Monument Avenue,” Pierce said. “And the two-bedroom units at 508 and 510 North Allison Street were originally generous, with great living space.”

Built in 1912, the two duplexes on North Allison Street featured heart-pine floors, high ceilings and large front and back porches, and most of the rooms had fireplaces. Plus, the original layouts flowed well, with double parlors in the front and a kitchen and a formal dining room in the back, so the renovations wouldn’t entail a lot of structural work.

“That was when I became a 100 percent believer in Reid’s vision, and his ability to see the diamond in the rough,” Grossman said.

Still, Pierce, who oversaw the renovations, would have to tear down the partitions that defined the separate boarding rooms, replace the HVAC, electrical and plumbing systems and install new bathrooms and kitchens in each of the renovated units. He also had to rebuild the fireplaces and remove several dumpster-loads of old mattresses from the basement.

“We basically gutted the building, but the rooms’ original layout stayed pretty much the same,” Pierce said.

When finished, the two first-floor units each would have 2,000 square feet of living space, and the upper units, which included space on the second and third floors, would be 2,400 square feet.

Boarding houses weren’t uncommon in the Fan in the 1930s and 1940s, and the number grew in the 1950s and 1960s as homeowners began moving to the increasingly popular suburbs, said Chris Small, a real estate broker and president of Small & Associates.

They remained common into the 1980s, although the idea of renting a room in a boarding house had become less socially acceptable by then, Small said.

Pierce recalled a man approaching him while he was working on the building on Allison Street and telling him “he had ‘wintered’ there since 1948.”

“I think it was a ‘three hots and a cot’ kind of scenario,” Pierce said.

Renovations on the buildings at 508 and 510 North Allison Street and 2208 Park Avenue took approximately a year. The partners used federal and state historic tax credits for the renovations.

“We finished it for $28 per square foot,” Pierce said. “Subcontractors were cheaper back then, and I worked alongside them. Today, I’d probably budget $150 per square foot.”

Pierce and his partners sold the house at 2208 Park Avenue soon after the renovation wrapped up, but they rented out the four units at 508 and 510 North Allison Street as apartments.

“Under the rules for federal and state tax credit programs, we had to keep them as income-producing for five years, which we were happy to do,” Grossman said.

In 2005, the three partners decided to convert the two units at 510 North Allison Street to condos, which they named The Allison. Later that year, they sold one of the condos. Grossman and his wife, Eileen, own the other condo, which they lease to a tenant.

“The condo association owns the garage and exercise room above the garage,” Grossman said.

Developers began converting some of Richmond’s older buildings to condos in the 1980s, as condo living gained popularity nationally. The practice waned, but it resurged in the early 2000s, as interest in city living grew. The Allison’s conversion took place as condo conversions were gaining momentum.

Today, converted condos are popular among homebuyers “because they have a lot of charm and features such as columns on the porches and older pine flooring, which aren’t common in newer condos,” said Jeannette Mock, a real estate agent with The Steele Group Sotheby’s International Realty. “Consumers love features they can’t find elsewhere, and historical condos and homes have them.”